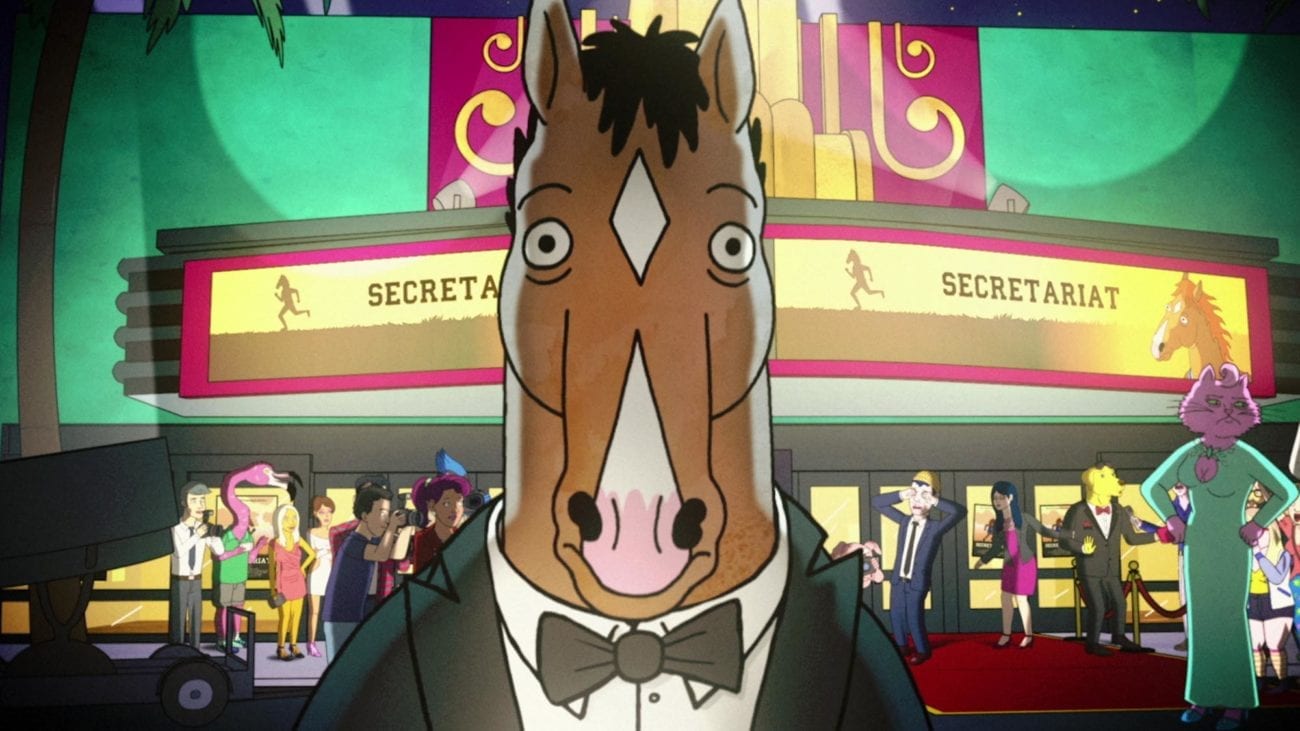 We covered the bottom 25 of our top 50 here. Now, for the really good stuff:

For all the greatness of Tig Notaro herself, One Mississippi isn’t perfect – but like the lead character, it’s gutsy in what it’s got to say. The big season arc, however – aside from an incredibly satisfying love story resolution – focuses on identifying sexual assault, with a storyline mirroring the actions of now infamous wanker Louis C.K. It’s not the funniest show, but it might be the most thoughtful presentation of what really matters most: “How well you walk through the fire”. Watch the trailer here.

AMC’s Breaking Bad spin-off about a crooked lawyer was never going to strike the same chord with audiences. Nevertheless, Better Call Saul is practically on par with its bigger brother at this point. The central performances of Bob Odenkirk (Nebraska), Jonathan Banks (Mudbound), and especially Michael McKean (This Is Spinal Tap) all sell this story about brotherhood & familial betrayal. Odenkirk’s Jimmy McGill is a reluctant bad boy with a heart of gold – it’s all so sad knowing exactly where this series is going to end.

Fans had to beg and plead for HBO’s weird & wonderful The Leftovers’s third and final season. Justin Theroux (American Psycho) entered into a bizarro afterlife, Carrie Coon (Strange Weather) was a complete showstopper in the finale, and Christopher Eccleston (Thor: The Dark World) put on the performance of a lifetime in this show about grief, death, and the triumph of love. A complete shellshock of a show fully deserving of your time.

Rachel Bloom is an absolute national treasure and we’ll stand by that until the end of time itself. Crazy Ex-Girlfriend has always been an eclectic, bouncing-off-the-walls musical rom-com which managed to find the brutal truth behind romantic myths. It’s also often completely hilarious, with a sense of humor that’s blunt, yet fresh & original. With its third season, central character Rebecca Bunch experienced a crisis of the self and the show took on a serious, sincere, and incredibly realistic portrayal of depression and a suicide attempt. Never using it in a cheap way, this massively underviewed show deserves your attention.

Jason Bateman (Arrested Development) stars in and directs this quirky take on the Breaking Bad formula. The protagonist, Marty Byrde, is the most clueless and clumsy little runt who lets his mouth get the better of him. So much so, that he ends up relocating his family to the Ozarks and tries to launder millions for a drug cartel. The fact that he’s completely honest with his family from the outset makes it all the more refreshing. While it stalls every so often, Ozark is ultimately a very enjoyable low-calorie series.

Nathan Fielder’s weird documentary-but-not-quite series about a guy running about and “helping” struggling businesses finish on the highest note possible. In one of the greatest finales of all time, Nathan For You turned inward and got a little teary. One of the funniest shows to ever grace Comedy Central.

FXX’s completely underrated darling is about to head into its fifth and final season. This year’s outing was by far the weakest, but it’s always a complete joy watching Jimmy (Chris Geere) and Gretchen (Aya Cash) being the most despicable people. Equal parts tragic & comic.

We were pretty nervous about this one, hoping Stranger Things would go the anthology route; returning to the same setting & characters hasn’t always been a recipe for success. Besides an absolute stinker of an episode – we all know the one – Stranger Things S2 still managed to be an enjoyable and uplifting series about the triumph of love over hate. Oh and tons of Dungeons & Dragons references so, yeah, we dig it.

Netflix gave David Fincher (Zodiac) a billion dollars (or something like that) and he made one of the most twisted, cerebral stories about the birth of criminal psychology. While Jonathan Groff (Looking) is relegated to playing a charmless protagonist, the outlandish serial killer characters we encounter are genuinely hypnotic. There’s so much going on with Mindhunter – we’re absolutely hooked on its (yet to be released) second season already.

Alison Brie (The Little Hours) might be the star, but Marc Maron (Maron) steals the show in this wonderfully bombastic Netflix series following the birth of female wrestling television. GLOW is a charming show about the necessity of togetherness, feminism, spandex, and how to punch people in the face safely.

If you want a show a bit too, you know, REAL right now, then The Handmaid’s Tale is for you. This Hulu series manages to transport the anger and perspective throughout Margaret Atwood’s original novel – c’mon guys, read a book – and renders it on screen in all its glory. A deeply stirring drama that’ll leave its mark on you, The Handmaid’s Tale was written with our times in mind, but it’s the show that is kind of needed right now, even if its low-tech Luddism appears far-fetched.

David Simon’s show about the pornography industry in seventies New York takes a period piece and injects a strong strain of anti-cronyism into the mix. James Franco (The Disaster Artist) is a bizarre treat as the Martino twins, and Maggie Gyllenhaal’s character is used to explore some serious issues about exploitation. From its first season alone, we can already tell its Simon’s best work since The Wire.

Aziz Ansari’s dramedy series takes social realism to a whole new level. With each episode basically a vignette from its protagonist’s life, the second season of Master of None struck a chord with pretty much everyone. We especially loved its episode “New York, I Love You” which took us through the lives of several New Yorkers just getting by. An emotionally honest show that’ll give you all the feels.

Television never knew exactly what to do with comedy mastermind Andy Daly. Known best for his work on Comedy Bang! Bang! and his odd appearances in the likes of Silicon Valley and Modern Family, Daly is an incredible comedian with an absolutely absurdist edge. His Comedy Central show Review, about a bloke named Forrest MacNeil who becomes entrapped in reviewing life experiences, was thankfully renewed for a handful of final episodes. It’s hard to pick any show above Review which made our tummies hurt from chortling, but we’ll certainly miss this jewel of a show.

We’ve managed to watch Black Mirror’s fourth season and we know you are all in for a complete treat. Trying not to give any of the game away is difficult, but the episodes “USS Callister” and “Black Museum” are all-timers to send a burst of chills through you. Alongside the usual existential dread.

Another of HBO’s prestige series which put Nicole Kidman (The Killing of a Sacred Deer) and Reese Witherspoon (Walk the Line) into a story about entrapment, motherhood, and abuse, Big Little Lies managed to make a small story seem infinitely painful. Essential viewing.

A Cold War drama that decided to take things up a notch. With some shallow eps in the first few seasons, The Americans is now really upping its game. Oddly prescient in our times, this tale of spies, collusion, and, ultimately, marriage is an absolute thrillride.

An idiosyncratic blend of period drama & technological thriller, Halt and Catch Fire focuses on the personal computer revolution in the eighties, going from strength to strength with every season before ending on a very high note this year. The series started as a Mad Men clone gone tech, and ended as the most human show ever to grace our screens. Man, I wish I hadn’t bought those shares in Mutiny . . . .

Jeffrey Tambor’s future on this show might just be in doubt, but this drama from Amazon Studios managed to be powerful even into its fourth season. Often moving and always emotional.

Spike Lee’s Netflix series take on his own 1986 film, She’s Gotta Have It is an energetic, bombastic series that owes much to the charisma of its lead, DeWanda Wise (Underground). Managing to break the fourth wall and still come across as an incredibly human story is no easy feat; we enjoyed this series so, so much.

After an almost infinitely eternal hiatus, Dan Harmon (Community) and Justin Roiland’s Rick and Morty returned for a tour-de-force third season. Tackling a bajillion ideas a minute, this cartoon managed to subvert every narrative convention and make an episode about a friggin’ pickle into one of the most sincere explorations of mental health ever depicted on screen.

Michael Schur’s bizarro afterlife sitcom manages to be some of the most fun and thoughtful television in years. Oftentimes challenging and deconstructivist, The Good Place takes its original premise – a loser jerk ends up in heaven by pure administrative error – and runs it into the ground. Over and over, this show is a complete treat of a philosophical feat. With thanks owed to legendary leads Kristen Bell (Veronica Mars) & Ted Danson (lovably mischievous as middle manager demon Michael), The Good Place is well worth going in completely blind. It’s not just good, it’s forkin’ great!

David Lynch returns to Twin Peaks with a story that’s brutally anti-narrative, weird, left-field, and crammed with bizarre occult imagery. With its comfort at leaving confusion in the audience, The Return still managed to evoke everything we loved about Twin Peaks. If you’re a fan of the original, then know the new series might not answer that many lingering questions – but it will infect you with a wave of lovely mystery.

In its fourth season, Netflix’s little animated show about a washed-up equine actor managed to gallop into some seriously uncharted territory. Taking on challenging topics, Horseman explored intergenerational trauma and the pain that we leave behind. Will Arnett (Flaked) is an absolute gift of a voice actor, and Amy Sedaris (Strangers with Candy) needs to be given every award ever. Some of the finest stories this year can be found in this season of Bojack Horseman, a show which had us crying with half-joy at the end of our twelve-hour binge – only to hit play all over again. Giddyup. 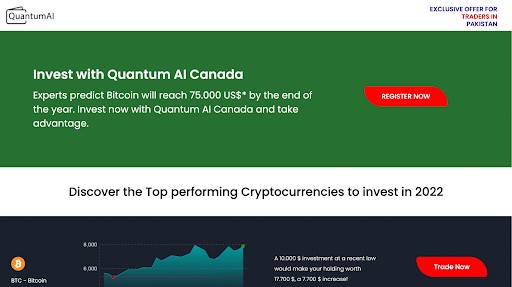