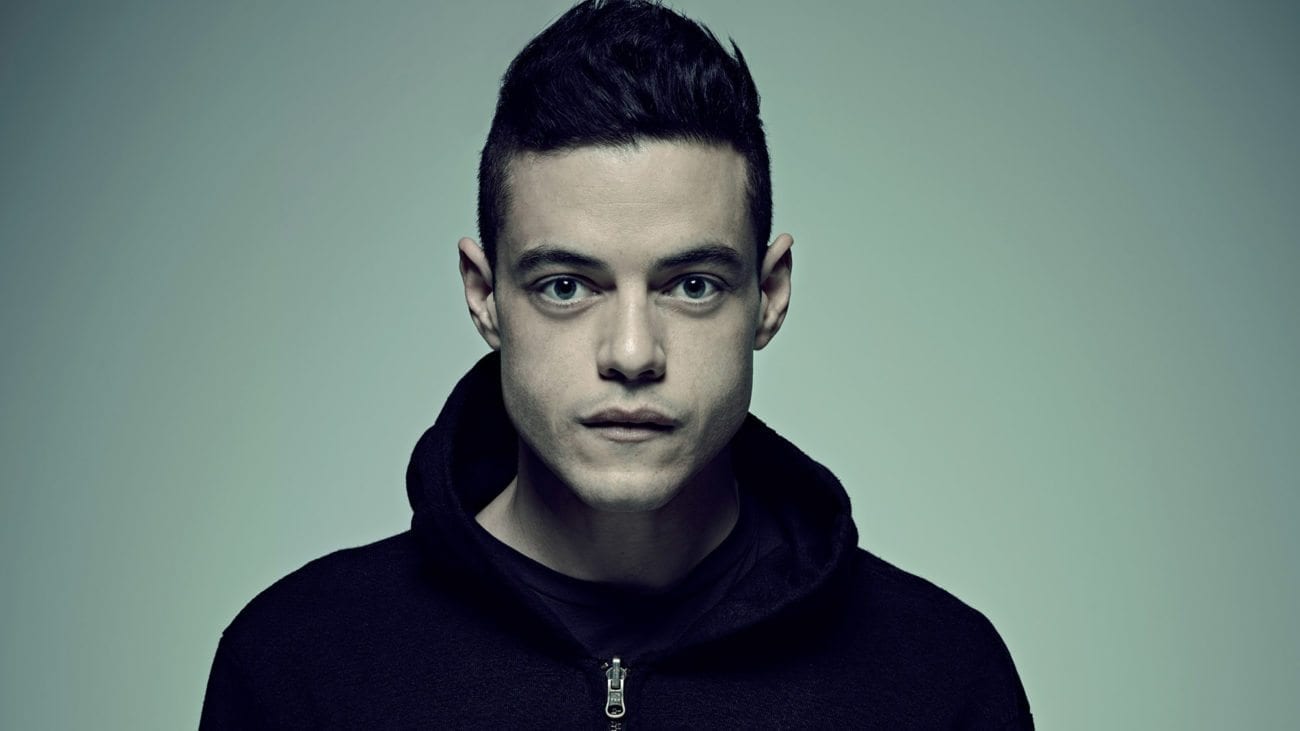 Theory Talk: ‘Mr. Robot’ and ‘Back to the Future’

Seriously, we’re going to spoil everything!

We here at Film Daily are huge fans of USA Network’s Mr. Robot. From the mind of Sam Esmail comes an incredible, overtly cinematic and utterly delicious-looking fusion of Fight Club, hacker vigilantism, anti-capitalist themes, and Rami Malek mumbling his way through not ending the world. The creative team behind the show are more than willing to throw a complete mindfuck every season too. The first being the fact that Mr. Robot, who is also Elliot’s dad, is actually a reverse personality of Elliot himself. The second season twist was that they’d been in prison for the whole season. So fans are naturally on the edge of the seat to figure out what the twist is for this iteration.

We here at Film Daily have managed to cobble together our infinite brain power to come up with a theory for what’s truly going on, and we’re pretty sure we’ve cracked the code. Ha! Programing pun!

Okay. Sit down for this one. We hope you’ve got some Red Wheelbarrow ribs in front of you, because this is heavy.

Mr. Robot is about time manipulation.

I mean – it’s been hinted at for years now. Mr. Robot hasn’t been afraid to shy away from sci-fi allusion, or even play around with time inside the logic of the show. One of its principal characters, White Rose, was introduced to us as someone who said “I hack time.” There was a lot of play with time in the first season, especially around Elliot’s loss of memory, and now we’re in the midst of the third season, we’ve been assaulted by a whole bevy of time skips and other time-based futzing. The fifth episode, “Runtime Error”, was filmed in real-time as a continuous shot. The latest ep followed Elliot trying to stop Mr. Robot from blowing up a building, with whole lapses in memory/time showing the fight with his other self.

From the very opening minutes of the third season, with White Rose touring around an enormous impossible machine, we’re getting some images to match with philosophical ramblings and words in previous seasons. The power plant Elliot and Angela’s parents died in, most definitely factors into the reveal coming.

Mr. Robot is a show truly unafraid to break boundaries. It’s the most cinematic thing on television. Further still, it’s thrown a lot of commentary about the nature of reality, our relationship to media, and the trust between audience & creator. Time travel wouldn’t be much of an illogical leap for the show, and fits in well with creator Sam Esmail’s habit of continually trolling fans. The fifth episode in season two was filled with Alf and a 1980s-sitcom style crossover. Esmail has shot down theories involving time travel – but he’s toyed with the fanbase before.

Three bits of evidence back-up time travel as the backbone to this season of Mr. Robot. The first is one that’s been in every single season, and which keeps being shoved in our faces in plain sight: just how many times Back to the Future gets referenced or used as an analogy for the story that’s going on. Nothing is inessential in Mr. Robot: Back to the Future.

The second part isn’t just White Rose’s enormous machine and the whole Congo annexation thing, but instead a sequence in the fifth episode of season three. While our eyes are hooked on to the continuous shot format and our hands get clammy watching Elliot and Angela run around an E Corp building under siege, we missed something. A few folks have pointed out there’s an obvious moment in the background. As Angela is going for exit, there’s a snapshot of Elliot in the background running to go and solve something. When we see him later in the episode, and in the next episode, there are no references back to this moment. One could argue Mr. Robot was in control at this point, and we’ll get an idea what he was doing in a later story, but consider Occam’s Razor (the simplest solution is likely to be the correct one). Also consider the Film Daily Razor (because we say so). This is Elliot, from the future or whatever, hijacking White Rose’s machine and attempting to break the loop of corporate war and currency espionage that crushes the lives of the everyone on Planet Earth.

The third piece of evidence links back to Sam Esmail’s trolling. We’ve seen Angela’s life as a young girl now, and the girl playing young Angela is the exact same girl who confronted Angela in season two. If there’s not some weird alt-personality stuff going on with her, there’s some time travel manipulation on White Rose’s part. Remember, “I hack time.”

Ultimately, we haven’t a clue where Mr. Robot is headed, but we’re certain time travel or some kind of allusion to it – maybe even deluding people into believing they’re in a different timeline – that’s the twist in the third season. Mr. Robot is an incredible show unafraid to completely break the audience. Great Scott! This is heavy! And so on and so forth.