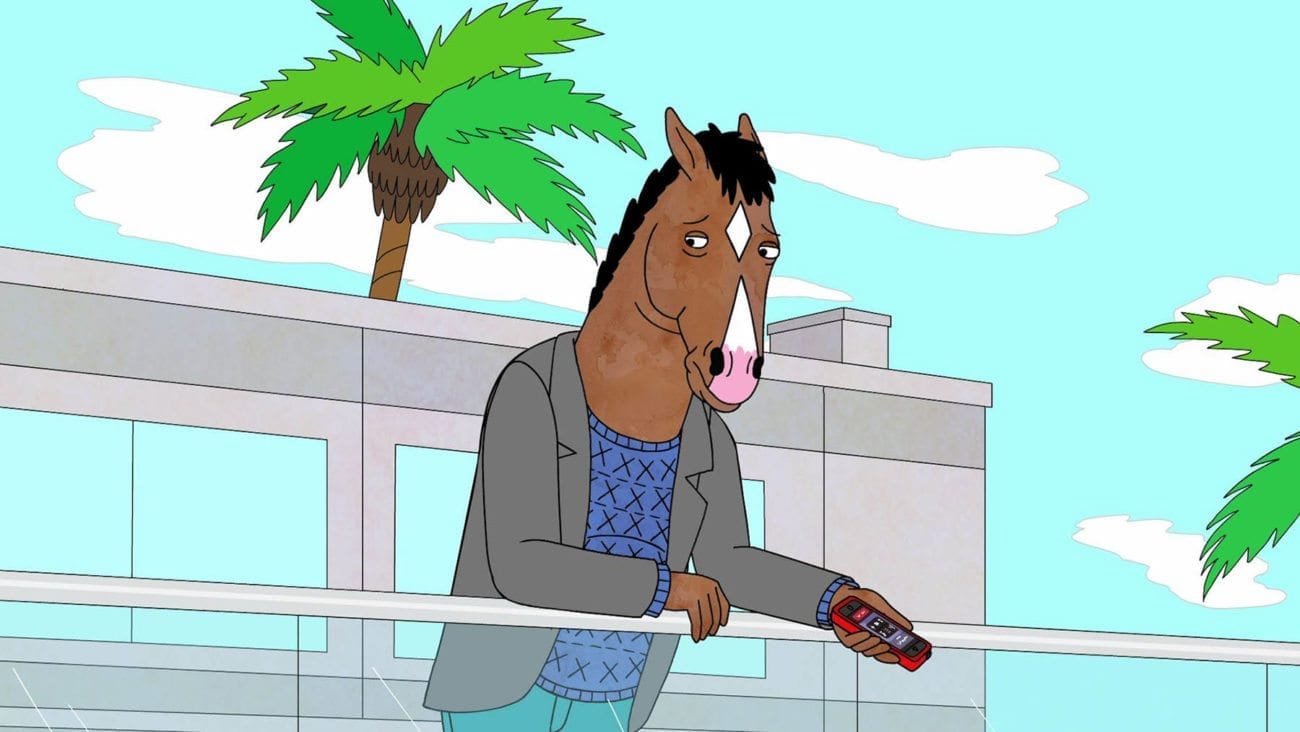 Watch this now! ‘Bojack’ season 4 and ‘One Mississippi’

Logline: Where’s BoJack? A washed up TV star searches for meaning in his Hollywoo life with more than a little help from his friends. Oh, and he’s a talking horse.

Verdict: Just when you thought it was safe to open up your Netflix account, BoJack is back and he’s as depressing as ever – although thankfully season four never really reaches the depths of darkness in season three.

The first episode of twelve poses the question “Where’s BoJack?”, and his absence sets the tone by opening up the narrative so we can get to know his friends that little bit better. It’s business as usual in Hollywoo, with Mr. Peanut Butter running for POTUS, Diane vying for clicks at the all-female content farm Girl Croosh, and Princess Carolyn still trying to “have it all”: a great job, great relationships, and a family. There are no standalone experimental episodes this year like S3’s largely silent and exceptionally skilled “Fish Out of Water”, but there’s plenty to like. The animators continue to pepper every frame with their signature blend of visual gags and puns, the writing is exceptional, and the cast is proficient as ever. As we finally start to understand the reasons why BoJack (and his family) are so messed up, BoJack begins a transformation himself. We leave him in a better place at the end of the 12-episode arc, and for a show as dark as BoJack Horseman, that’s real progress. The series continues to stand out as the most realistic Hollywoo satire since Sunset Boulevard, but it’s the skill, not the snark, that makes this animated show the most real thing on TV. Watch the trailer here.

Verdict: In 2012, Tig Notaro was a respected LA-based jobbing comedian who had just been diagnosed with cancer. In a gutsy move at legendary LA venue Largo, she revealed intimate details of her diagnosis & treatment – and her career skyrocketed. As her star was ascendant, her personal life spiralled: a breakup, further health issues, and the death of her mother. Notaro prevailed, meeting her now wife (Stephanie Allynne, who plays love interest Kate on the show) and creating the Amazon tragicomedy One Mississippi with Juno writer Diablo Cody.

For all the greatness of Tig herself, One Mississippi isn’t perfect – but like the lead character, it’s gutsy and has a lot to say. This series suffers from the opposite of Netflix Drift, cramming in a lot of talking points into a mere six episodes. Some issues raised deserve much more attention, like casual Southern racism & bigotry and how a family comes to terms with childhood molestation. The big season arc, however – aside from an incredibly satisfying love story resolution – focuses on identifying sexual assault, and is played out perfectly with a season-long buildup towards a (now internet famous) scene between Kate and her producer. One Mississippi never plays the victim; in making jokes about abuse in all its incarnations, the show normalizes survivors (never the abuser), giving them permission to speak out about their suffering. We can all learn and grow from this type of cathartic programming. It’s not the funniest show, nor does it possess the best cast, nor beautiful photography, but it might be the most thoughtful presentation of what really matters most: “how well you walk through the fire”. Watch the trailer here.