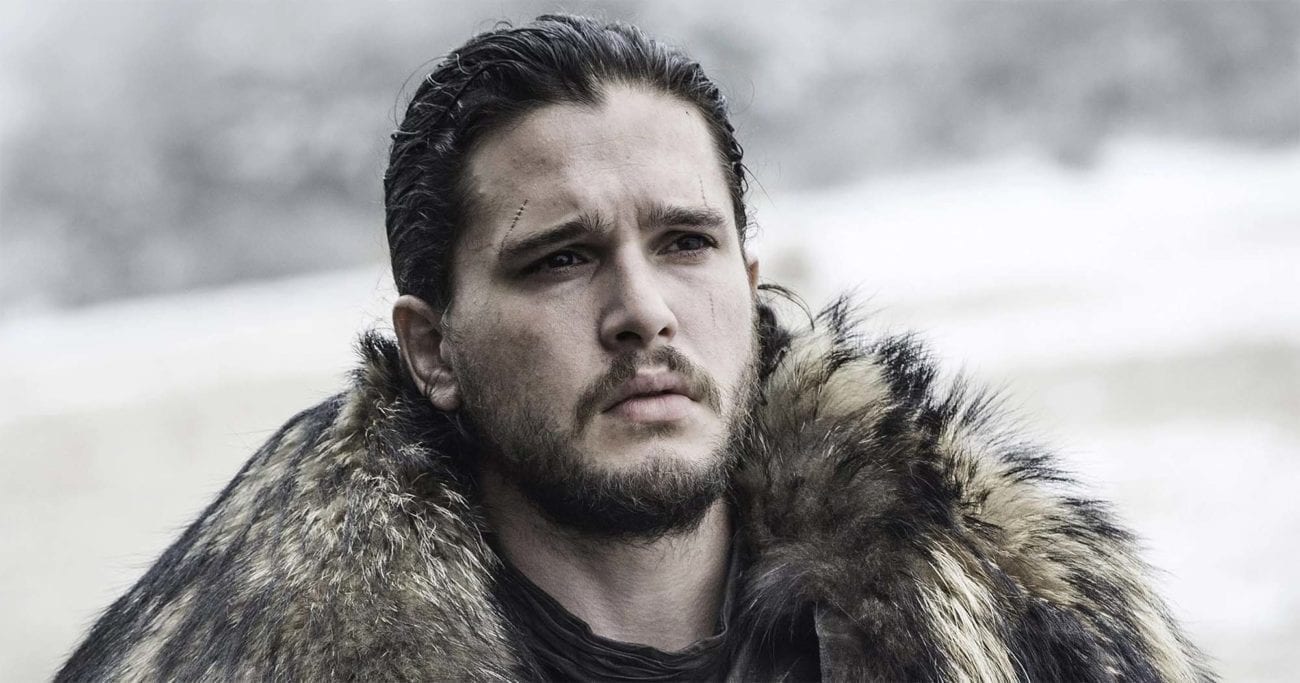 Pop the champagne because you – yes, you! – made it through 2017. Congratuwelldone. We’re all rooting for you! 2018 is primed to be a stellar year for film and telly, but 2017 deserves to be remembered as one of the finest years in recent memory for the televisual medium.

There have been tons of great flicks and series over the past year, so we thought we’d do the obligatory annual of counting down from fifty favorite shows you should check out over the holiday break.

Marvel’s eighty-billionth streaming series thingy premiered with IMAX fanfare, but quietly fizzled out after people figured out it was kinda pants. With Iwan Rheon (Game of Thrones) in the lead, it’s a bit of a mystery why this interplanetary cosmic superhero series with a talking dog didn’t hit all the right notes. We reckon it’s still worth a watch because it’s kind of so-bad-it’s-good at times.

With Terrence Howard (Four Brothers) in the lead of this hip-hop drama, this series has done incredible business for Fox, with some seriously good ratings for the show, now in its fourth season – a little cheesy at times, but actually a bit enjoyable.

Seth MacFarlane’s weird take on a Star Trek parody series. The Orville hasn’t exactly hit all of our sweet spots, but fans seem to have latched on to its outlandish humor.

Now in its twenty-first season – respect their authoritay – the darkly sarcastic animated comedy from Trey Parker & Matt Stone continues to push the buttons of controversy and delight. It’s pretty ridiculous this show is almost, but not quite, as old as that tired beast The Simpsons.

With a bombshell midseason twist, the eighth season of The Walking Dead was actually filled with a few surprises between the boring bits. Andrew Lincoln (Love Actually) is seriously underrated as a lead actor, and we’re kind of nervous watching this show drop the ratings ball. Here’s hoping it finds some new material to play with, and chucks Negan as soon as possible!

Marvel’s Netflix heroes do an Avengers. Or at least attempt to. Luke Cage, Iron Fist (ugh), Jessica Jones, and Daredevil all meet up to punch some mystical baddies in the face. Turns out the plot is a continuation of Iron Fist, so we don’t blame you for skipping to the good parts.

A few eons on from its pilot, directed by the incredible duo Phil Lord & Chris Miller (The Lego Movie), this Will Forte-starring post-apocalyptic comedy has somehow lasted a full four seasons. While lacking some of the fresh chuckles of its first inning, it’s still a treat now & then.

43. Orange Is The New Black

Now in its fifth season, and with six and seven on the way (wow!), this penitentiary-set dramedy about the life of Piper Chapman (Taylor Schilling) has been equal parts hilarious and dramatic. One of Netflix’s crown jewels, although the longevity of it is wearing a little at this point.

With its eyes on a highly politicized story, this season of American Horror Story pushed the horror anthology show into rich and new dimensions. Sarah Paulson (12 Years a Slave) is always completely amazing in anything she’s ever in, ever. Ever.

Community and Rick and Morty showrunner Dan Harmon weaves the roleplaying game Dungeons and Dragons into a full-on celeb-fest filled with improv comedy & dodgy animation. At this point, the show’s a little repetitive, but there’s incredible joke-work keeps it from going stale.

Mindy Kaling’s rom-com series had its sixth and final season this year, and it’s a rare triumph of a show that features a really unique comedic voice. Doesn’t always land its mark, but it’s still a fun show.

AMC’s milking of The Walking Dead cash cow finally pasteurized into a full-on spinoff which manages to be much superior to its mama cow. With actually structured drama beats and a well rounded cast, Fear the Walking Dead is well worth checking out if you’re losing your taste for good zombie drama.

This weird gem of a show takes the beloved Archie Comics series and injects The CW’s budget into them. Not exactly a winner, but the risks it takes with its characters are well worth celebrating.

HBO’s high school series took Danny McBride (Pineapple Express) in painful directions with its second and final season. Walton Goggins (Justified) is a class act, and getting to see the actor’s comedic chops is a real delight. A hidden little comedy that snuck under everyone’s radar, Vice Principals is a low-calorie comedy you can just put on and sit back with.

Gina Rodriguez’s social satire has been a critical smash hit, garnering Golden Globes and grabbing acclaim left-right-and-center. Now in its fourth season, and going from strength to strength, there’s a taste of closure in the air.

From Tina Fey and Tracey Wigfield (30 Rock) comes a series exploring the world of TV news. It’s not quite as pretentious as The Newsroom, but Great News manages to find a lot of charm in its own little world.

A complete left-field surprise from Netflix, this adult animated comedy took a real bold spin on the teen genre. Nick Kroll (The League) oversees this show that explicitly explores the realities of puberty, especially in our modern world. There’s a recurring role from Get Out maestro Jordan Peele, and Jenny Slate (Obvious Child) delivers a terrific performance as Missy. You’d be surprised where Big Mouth goes. Not always with the deftest touch, it still manages to take some incredible risks that are well worth celebration.

CBS All Access’ long-awaited Star Trek revival had so much going for it: a terrific lead in Sonequa Martin-Green (The Good Wife), stellar turns from the likes of Doug Jones (The Shape of Water) & Jason Isaacs (The Death of Stalin), an ample budget, and a talented FX dept. Discovery looks and feels like a Star Trek series, while being more highly politicized. It’s unfortunate the screenplays have let down the show so often, but we’re more than happy to hear it’s been renewed for another season – it deserves more of a chance to find its footing among the stars.

Without any books to adapt, HBO’s hit, and probably the most-watched thing of all time, has completely run out of steam. Hurtling at lightspeed towards a surely nonsensical finale, post-Martin Game of Thrones resembles nothing so much as poorly scribbled fan fiction. Our addiction has turned perverse: now we’re excited to see just how dumb the final season can get.

ABC’s chef-filled family comedy takes on the immigrant perspective of the American dream. There’s such rich character work done in this series, starring the likes of Hudson Yang (The Sisterhood of Night) and Randall Park (The Interview), but beneath everything, a warm soul comes through in the way this Asian-American family acts more real than so many other families on TV.

Lagging behind previous seasons, Mike Judge’s comedy for HBO still managed to punch a few belly laughs into our systems. Jury’s out if T.J. Miller’s exit will affect the next season, but we foresee the change in core characters might be just the shot of adrenaline Silicon Valley needs.

Andy Samberg (That’s My Boy) stars in this feel-good cop show about good people hanging out and taking care of each other. Its cast fires on all cylinders, from Terry Crews (The Expendables) to Chelsea Peretti (Popstar: Never Stop Never Stopping) to Andrew Braugher’s incredible turn as Captain Holt. Packed with giggles, Brooklyn Nine Nine isn’t afraid to make a point or two about some of the problems that society still faces either. Its characters are infinitely lovable, and we hope it lasts infinite seasons.

Based on the 2014 film of the same name, Dear White People takes central aim at social injustice. More than just a bit heavy-handed, this dramedy still manages to unearth a lot of uncomfortable truths. Already picked up for a second season, we’re interested to see exactly which direction this bold show goes in.

Julia Louis-Dreyfus (Seinfeld) is spellbinding in the main role of Selina Meyer. This dark political comedy hasn’t been afraid to have its whole circus of thoroughly despicable people make endless fun and torture out of one another. Its sixth season didn’t exactly hit the same all-time-OMG buttons of its previous outings, but we’re on board to see if Meyer and co. manage to triumph, or sink into tragedy again. Probably tragedy. Definitely tragedy.

Netflix’s incredible mockumentary take on the true crime craze managed to merge hilarious sequences with a poignant story. One of the real surprises of the year, American Vandal took penis jokes and spun a tale about friendship, trust, and the responsibility that the camera can yield. Truly one of Netflix’s great originals, and well worth checking out if it’s slipped under your radar.