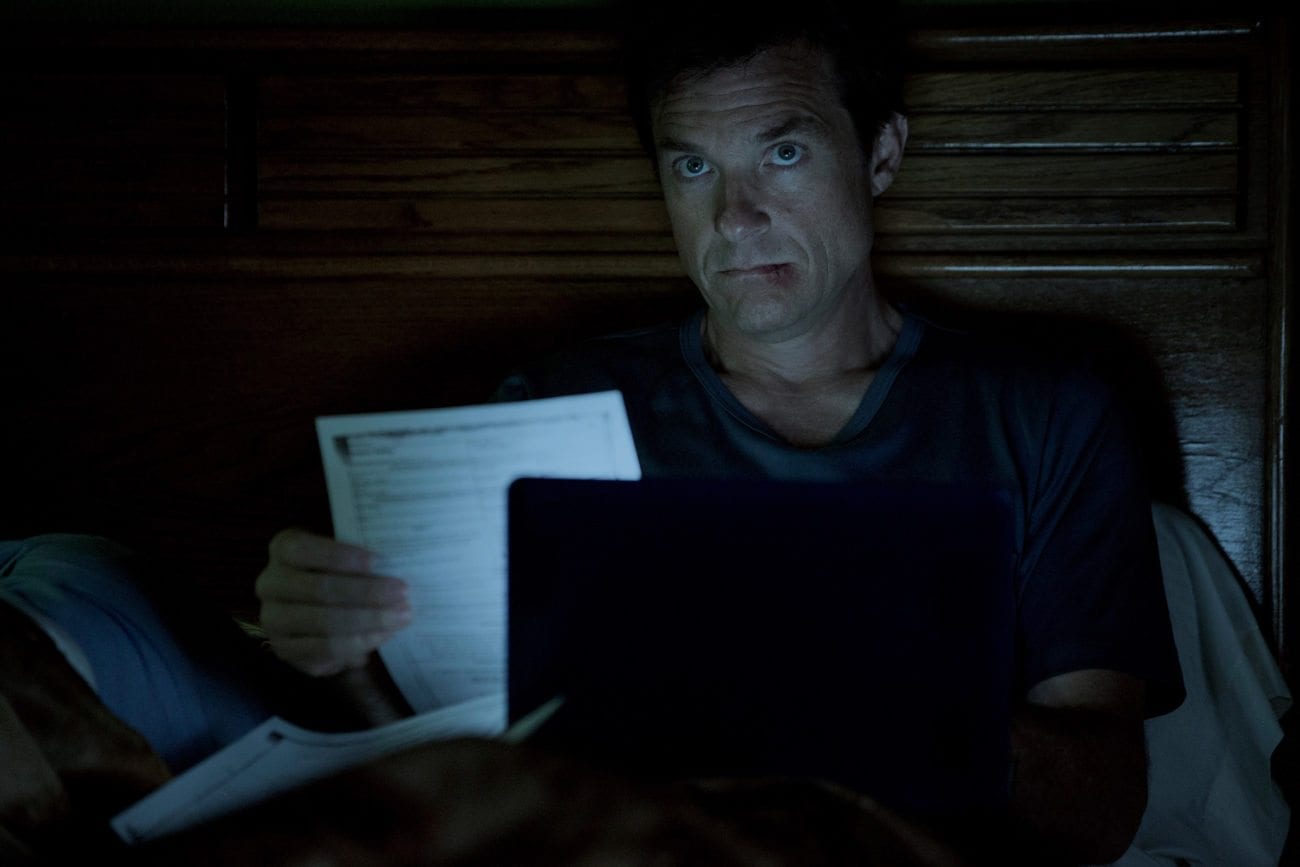 The vultures are circling in episode three of ‘Ozark’

Only three episodes in, and already the vultures are circling Ozark. After two episodes of high stakes and quick thinking, Ozark slows down and scales back, focusing on the forces in the background hoping the Byrde family slips up to provide a feast of failure. Jason Bateman’s besieged patriarch Marty is the clearest representation of how appealing resignation looks to soon-to-be-prey everywhere, but “My Dripping Sleep” has no shortage of signs that the rest of the Byrde clan is on the edge.

Laura Linney’s Wendy actually serves as the bridge between all the enemies conspiring against the Byrdes, so it’s no surprise she has the most explosive reactions to the situation. Everywhere Wendy turns, faces lick their chops in the incorrect belief she’s a weak link. On her way to the grocery store, Wendy notices a black SUV full of cartel members tailing her, then at home Agent Evans (McKinley Belcher III) pops by to appeal to her sense of family in an effort to get her and Marty to enter witness protection. As Evans later admits to his partner Agent Petty (Jason Butler Harner), he thought Wendy would crack, but instead the Byrdes are putting up a uniform front, unlikely to slip even when Evans reveals Marty’s deceased partner Bruce was an FBI source.

Evans isn’t the only one surprised by the behavior of the Byrde women when attacked. Charlotte (Sofia Hublitz) ends a job interview early just so she can punch hick fuck-up Wyatt (Charlie Tahan) in the face, and when he tries to get revenge by leaving animal carcasses on the Byrdes’ lawn – summoning literal vultures – Wendy hurls a dead opossum at his face, promising if he tries that shit again, the vultures will be picking at him.

The Byrde men, by contrast, are handling the situation in less proactive and volatile ways. Marty mopes around, ending up so sleep-deprived he thinks Sarah McLachlan is speaking right at him during one of her infamous tearjerker animal adoption ads. Marty’s inability to speak up about his burdens and accept help is weighing him down so much he’s becoming a husk of a man. And based on his obsessive viewing of cartel crime videos, Jonah (Skylar Gaertner) is going to end up the same way.

It’s not all doom and gloom, though. Linney is successfully making Wendy one of the most compulsively watchable characters on television with her enviable ability to make Wendy’s blow-up scenes cathartic rather than awkward. True, the grocery store employee verbally eviscerated by her for not stocking organic pistachio ice cream doesn’t exactly deserve it, but how can you not sympathize when she’s surrounded by so much incompetence? And when Wendy turns that energy into forcing the local realtor to give her a job staging houses he’s selling, it feels like a larger victory simply because of how badly she needed a break, any break.

Marty is finding success of his own with the Blue Cat, seeing a spike in customers thanks to price warfare & burger bundles. The only problem? It’s not nearly enough, particularly since Marty has picked up a little vulture of his own in the form of redneck crime matriarch Ruth (Julia Garner), who bullies him into hiring her so they can both keep their enemies closer.

And in one of the only scenes that shares the Malickian nature affinity of the first two episodes, Marty gets out on the lake to find some kind of answer to his problems. After dozing off, Marty wakes up to strange voices coming from a kind of boat-party church. He hasn’t turned this serendipitous discovery into a plan just yet, but the seed is there for big moments later in the season.

Of course, big moments are also brewing with Ruth’s clan and their intent to get Marty’s money away from him somehow – and take him out for good. The increasingly sociopathic Agent Petty lurks in the shadows, watching the Byrdes from afar while brutally alienating Agent Evans, who calls him out on his destabilized mental state – incidentally revealing the two were once romantic partners as well.

Much of “My Dripping Sleep” is setup for the rest of the season, but it manages to balance that narrative need with compelling artistry and well-rounded performances. A character like Petty, in particular, wouldn’t stand out as much on other post-Breaking Bad shows where everyone has some inner darkness, but Ozark wisely frames him in unique visual and narrative ways, restricting him to darkness and restraint while everyone else is surrounded by the enormity of nature, suitably awestruck by both the scenery and their situation. The buzzards might be hovering over the characters of Ozark, but the show itself is vivid and full of life, far too confident to fall prey anytime soon.