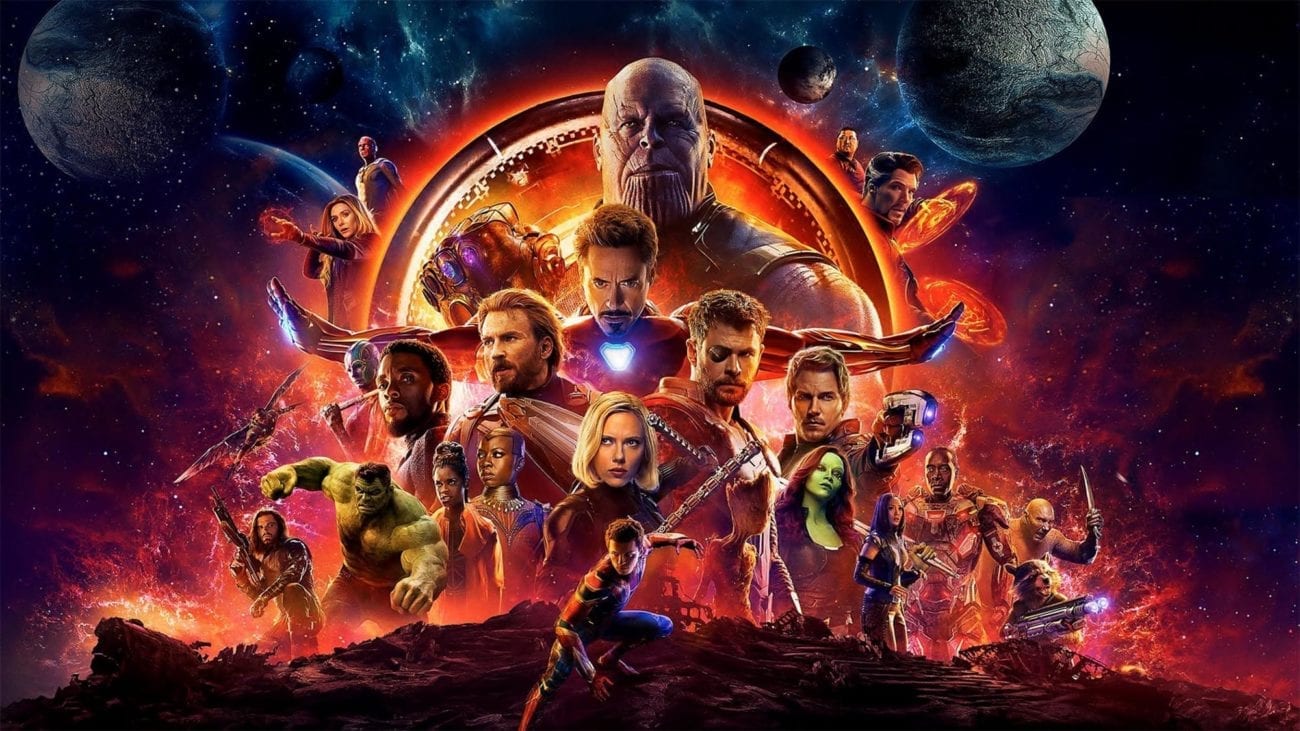 Read the best MCU and DCU movies: These comics were the inspiration

Comic book movies have gone from being a niche market to a downright cultural phenomenon. Not one moment goes by in the modern age of cinema that the media isn’t fuelling the hype for an upcoming contribution to the DC or Marvel cinematic universes. So big and so prolific have these studios become, Marvel’s even hosted its very own film festival to mark a ten-year milestone.

The likes of Wonder Woman, Avengers: Infinity War, and Black Panther have dominated the box office over the past few years and this trend is only set to grow with the upcoming Wonder Woman sequel and phase four of the MCU – just some of the comic book flicks in the pipeline.

In the age of Marvel mania and DC delirium, we thought it best to look back at the humble origins of these silver screen titans by looking at the comic books that influenced the stories of the ever-growing cinematic universes. So here they are – the comic book versions of your favorite DC and Marvel movies.

There’s an entire series of Black Panther comics to choose from, but if you’re looking for T’Challa’s origins, check out The Fantastic 4: The Way it Began. It’ll set you back a few dollars, but Jack Kirby and Stan Lee’s Fantastic 4 #53 introduces T’Challa, vibranium, and Klaw and the titular character in the film is heavily influenced by the original mythos in this edition.

As pointed out by Nerdist, “In reading this comic, not only can you brush up on your comic book history, but you also have a perfect excuse to stare at Kirby’s beautiful art.” It’s a win-win.

Arguably the closest to perfection in the DCEU is Christopher Nolan’s The Dark Knight, one of the reasons being Heath Ledger’s turn as the Joker. Co-writer David Goyer revealed he soaked in a lot of comic books before penning the script which went on to be developed for the film.

But the stories that lent their tone most heavily to The Dark Knight are the earliest, noted Polygon. 1940’s Batman #1 and Detective Comics #27 featured the first explanation of Batman’s origin story, the first appearance of Robin and Catwoman, and the first two appearances of the Joker.

“These first two Joker stories dramatically establish him as a cold-blooded killer with an affection for leaving smiling corpses in his wake,” added Polygon. And it’s this level of psychopathy that made Ledger’s Joker one of the most memorable supervillains in DC history.

The Marvel comic books had mastered the art of the crossover long before its cinematic universe. This certainly rings true for the breakout success of Infinity War, which was loosely based on Infinity Gauntlet – a comic book miniseries which saw Thanos go on a rampage throughout the universe as he attempted to assemble all of the Infinity Gems into a gauntlet and thus make himself the most powerful supervillain in the universe.

This wasn’t the only series that influenced the film, as there were so many crossover stories. But in terms of the basic premise, it’s the Infinity Gauntlet we’ve got to thank overall.

Speaking of superhero crossovers, the Guardians of the Galaxy was influenced by its same name comic books. The Guardians first appeared together in Marvel Super-Heroes issue #18, dating all the way back to January 1969 and featuring the motley crew of heroes as they go on an adventure across the galaxy.

Of course, the guardians we know and love are far from the only ones to have joined the team over the years. Fans have made it clear they’d love to see Phyla-Vell or Adam Warlock on the big screen with Drax, Star-Lord, Rocket, Groot, and Gamora.

Like many of the films on this list, Louis Leterrier’s The Incredible Hulk was inspired by an entire comic book series of the same name. Like the movie, the ongoing series centers on the Marvel Comics superhero the Hulk and his alter ego Dr. Bruce Banner. The Incredible Hulk #1 was released all the way back in May 1962, which creator Jack Kirby revealed was inspired by the time he witnessed a mother lift a car up which had a baby pinned down.

“The trauma, Kirby thought, imbued a superhuman level of strength in the mother, which allowed her to lift the car,” noted Comic Book. “Obviously, this sounds a little similar to the Hulk’s routine, wherein Bruce Banner transforms into the all-powerful Hulk during moments of extreme stress or duress.”

Although Avengers: Age of Ultron might not be the strongest film in the Marvel canon, it’s certainly a worthy addition nonetheless, following earth’s mightiest heroes as they attempt to stop the villainous Ultron from enacting a terrible plan.

The story is based on a 2013 comic book fictional crossover storyline published by Marvel Comics that involved the conquest of the earth by the sentient robot tyrant Ultron. The series –  similarly titled Age of Ultron – consists of an eponymous ten-issue core miniseries, as well as a number of tie-in books.

The 2017 movie edition of Justice League is based on the DC Comics superhero team of the same name, the members of which were first brought together in the comic book series. If you’re looking to delve into the origins of the film, you’re best off checking out #1 from the Justice League comics.

As DC pointed out, the movie shares similarities in that both villains want to conquer earth and rely on armies of flying parademons to help them. “Both stories are centered around the Justice League coming together for the first time and realizing that they can accomplish more together than they can apart. And Origin was written by Geoff Johns, who is also a producer on Justice League and is one of the guiding forces behind DC’s slate of films. And of course, the art by Jim Lee is pretty spectacular as well.” Sold!

Thor: Ragnarok is by far the best of the Thor film trilogy, with director Taika Waititi pumping some much needed humor and originality into the storyline. If you’re looking to read more on the origins of the movie, in addition to the Thor comic book series, The Incredible Hulk Vol. 2 #92-105 is a solid collection to seek out, as Ragnarok lifts heavily from the series.

The trash world of Sakaar is Planet Hulk in the comics, where Hulk ends up battling others in a gladiator style competition. Sound familiar? Hopefully this isn’t the last we’ve seen of the Hulk comics influencing the MCU. 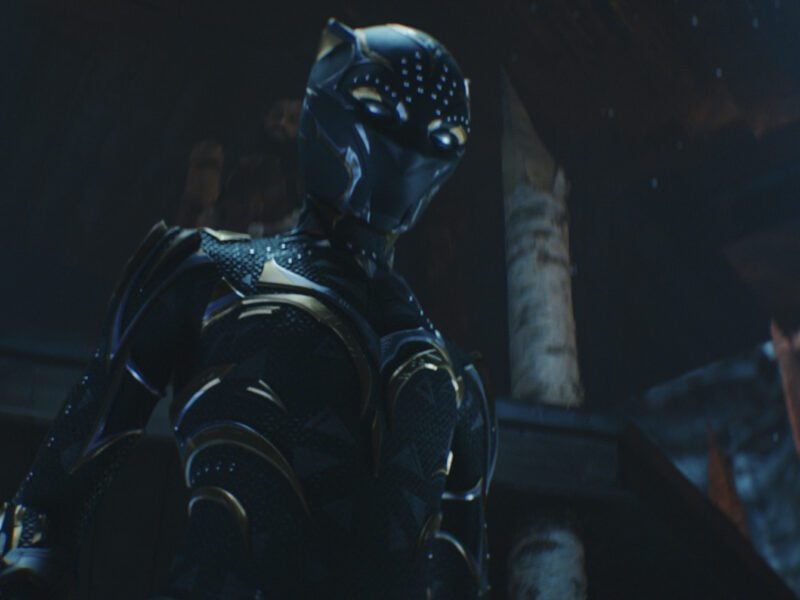