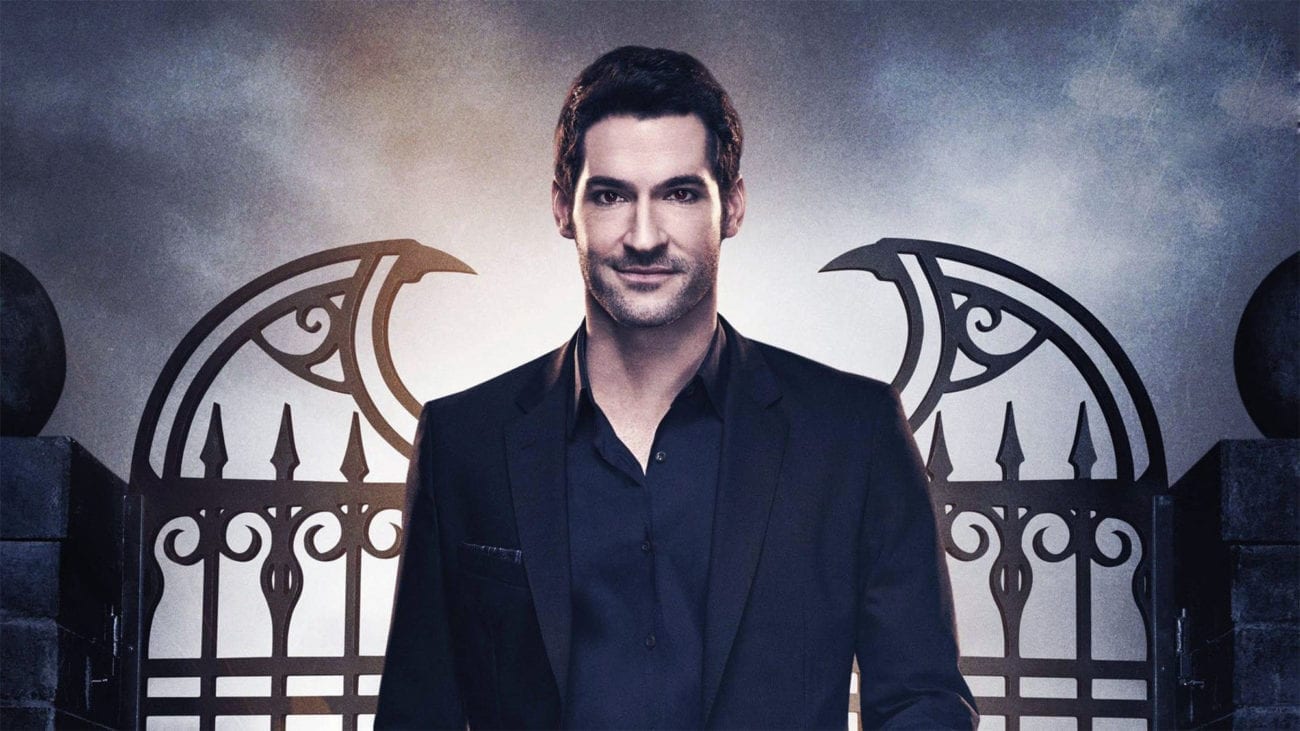 Do you remember 2018? It was quite a divisive year, comparable to 2020. Socially, politically, and within the barb-slinging Wild West of the internet, everything seemed to be defined by bold disparate opinions, endless debates, and the infinite toxicity of an unyielding “I’m right, you’re wrong” mentality.

This atmosphere is held true even within online fandoms where the roaring charge of passionately held opinions has highlighted the insidious growth of vocal, toxic fans.

It’s been evident within the Star Wars fandom where actors Daisy Ridley and Kelly Marie Tran felt compelled to quit social media after months of online harassment and where one particularly deluded group of fans tried to take on Disney (ha!) to crowdfund their own remake of The Last Jedi. 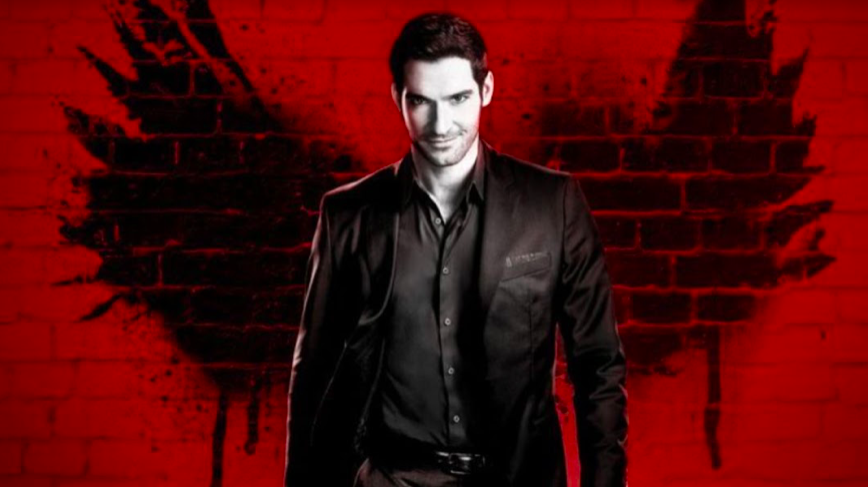 The abominable force of a toxic fandom reared its ugly head when Ruby Rose faced harassment following the announcement she was cast as Batwoman in The CW’s upcoming series about the Jewish, lesbian DC superhero.

The actor faced a deluge of assertions that because she’s neither Jewish or a lesbian (Rose identifies as pansexual) she somehow lacks the credibility to play the superhero. It should be noted that Rose also doesn’t boast a single superpower (besides being a unparalleled queer badass, of course).

In a tweet posted hours before Rose deleted her Twitter, the actor posted the reminder that she “came out at 12” and has spent the last five years being told she’s “too gay” for certain roles. She came back at her naysayers – “How do y’all flip like that? I didn’t change.”

It’s an ugly & diminishing side of pop culture fandoms that we’re frankly exhausted by. But there’s also a flip side to it all: the rise of the polite fandom.

In a year that has seen countless popular TV shows cancelled by networks, there’s also been a swathe of fan campaigns unleashed in a bid to save them. Delve into these campaigns and you find nary a shred of toxicity in sight – instead you’ll find searing examples of optimism and staggering portraits of solidarity &  support. 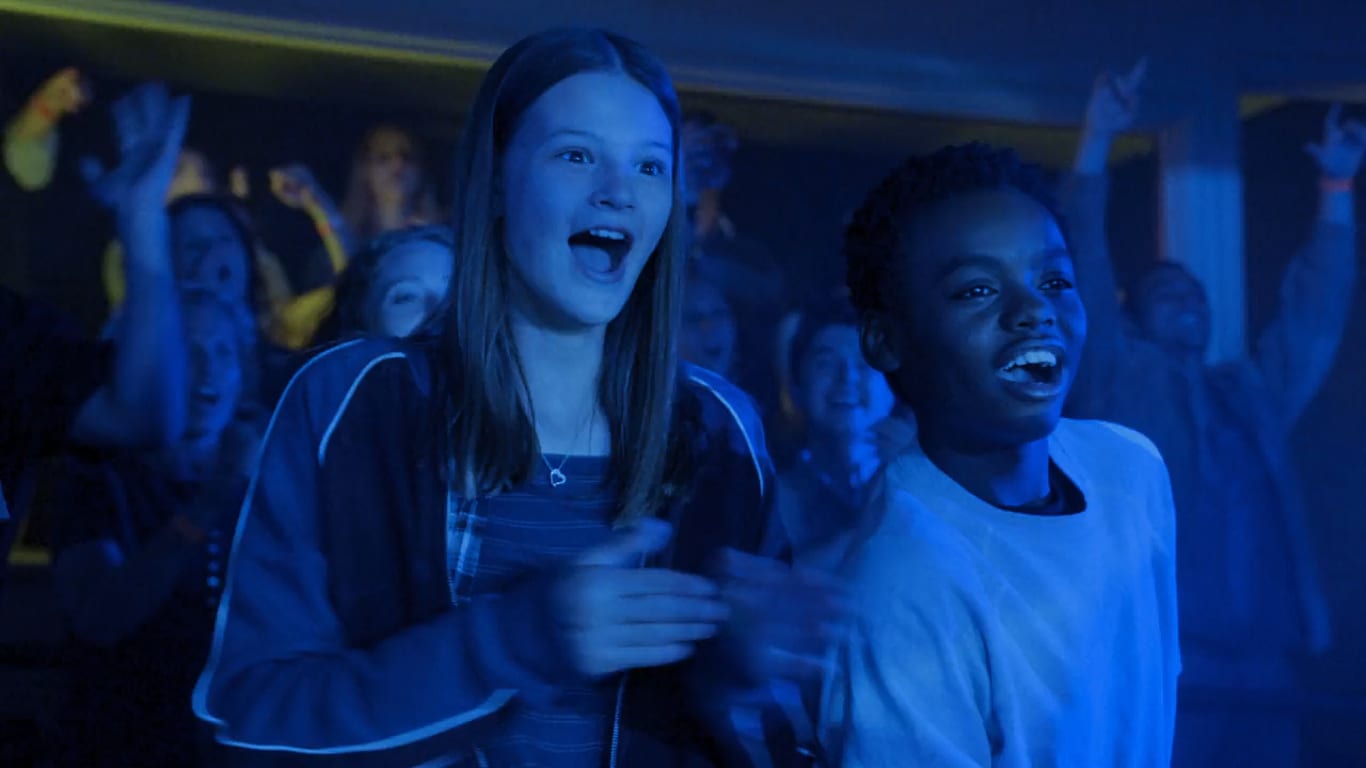 These are fans who love entertainment properties that aren’t handed to them on an easy, silver platter the way that Star Wars or DC fans enjoy. These are fans fighting for the survival of truly underdog shows and doing so with a sense of rationality, grace, and class.

When Everything Sucks! was cancelled by Netflix earlier this year after just one season, fans were understandably devastated but remained positive of its lasting legacy even if they couldn’t save it. 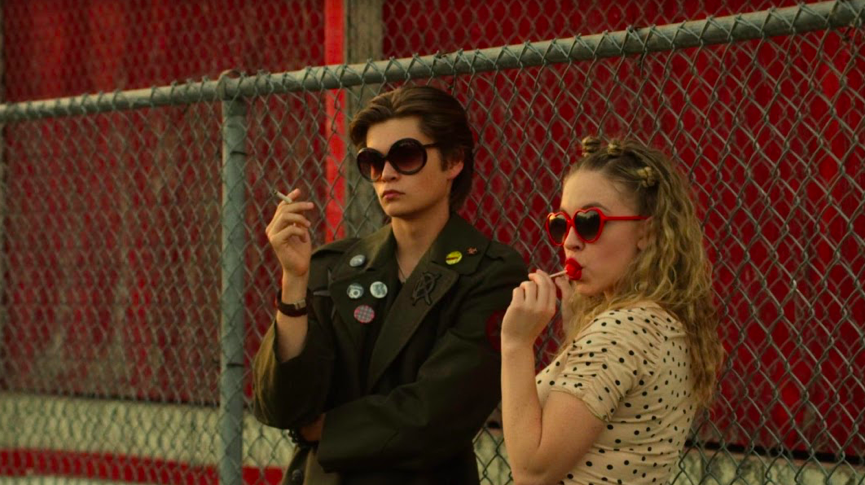 Many fans pointed to the powerful LGBTQI representation presented in the show in the form of Kate (Peyton Kennedy) and how it will continue to help young queer viewers who need a positive portrayal of their sexuality reflected on screen.

One fan shared: “Kate saved my life and I believe that she will keep saving young LGBTQI as well from now on.” Another took the cancellation of the show as an opportunity to thank everyone involved for providing such an impactful narrative.

i just want to give a special thanks to @benyorkjones and @michaelmohan for giving us this amazing show, @EverythingSuxTV it has really helped me through a lot and hopefully netflix will come to their senses and #RenewEverythingsucks THANK YOU SO MUCH 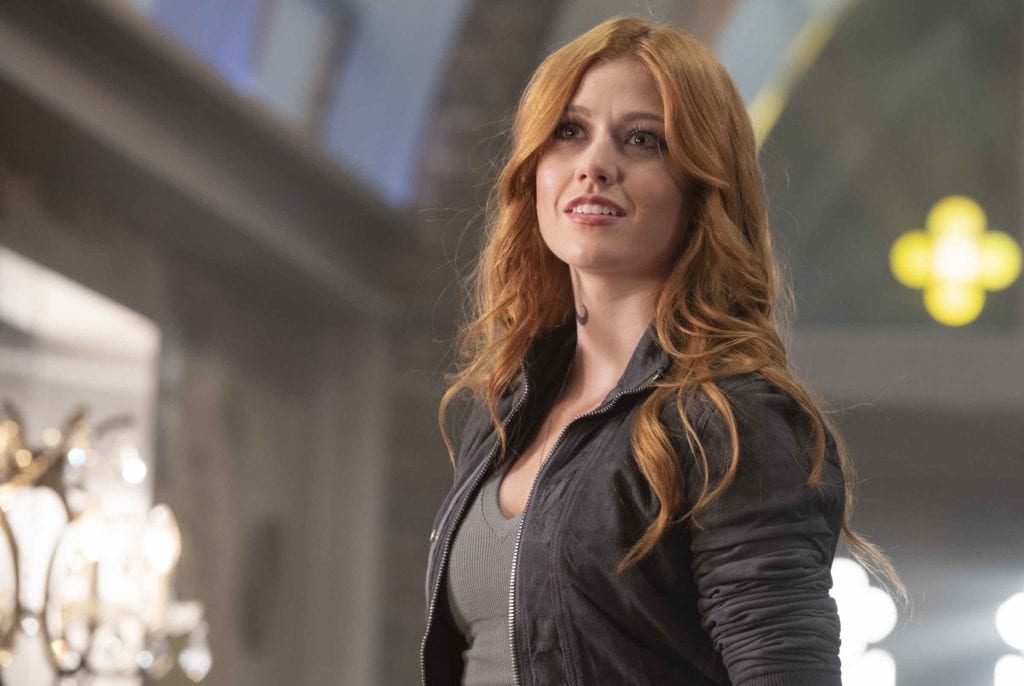 Likewise, when Shadowhunters was cancelled by Freeform in June fans immediately leapt into action to organize an impressive large-scale campaign to save it. The active fan community is one of the sweetest and most supportive you may ever come across online.

Dive into the #SaveShadowhunters tag on Twitter and you’ll find countless threads where fans channel their frustrations & rage regarding the cancellation of the show into positive affirmations for change.

This effort includes fans using their campaign to help raise over $21,000 for The Trevor Project, a charity providing crisis intervention and suicide prevention for LGBTQI youth. But it’s also taken the form of fans offering reminders “to raise hell” but to “remember to stay polite!” 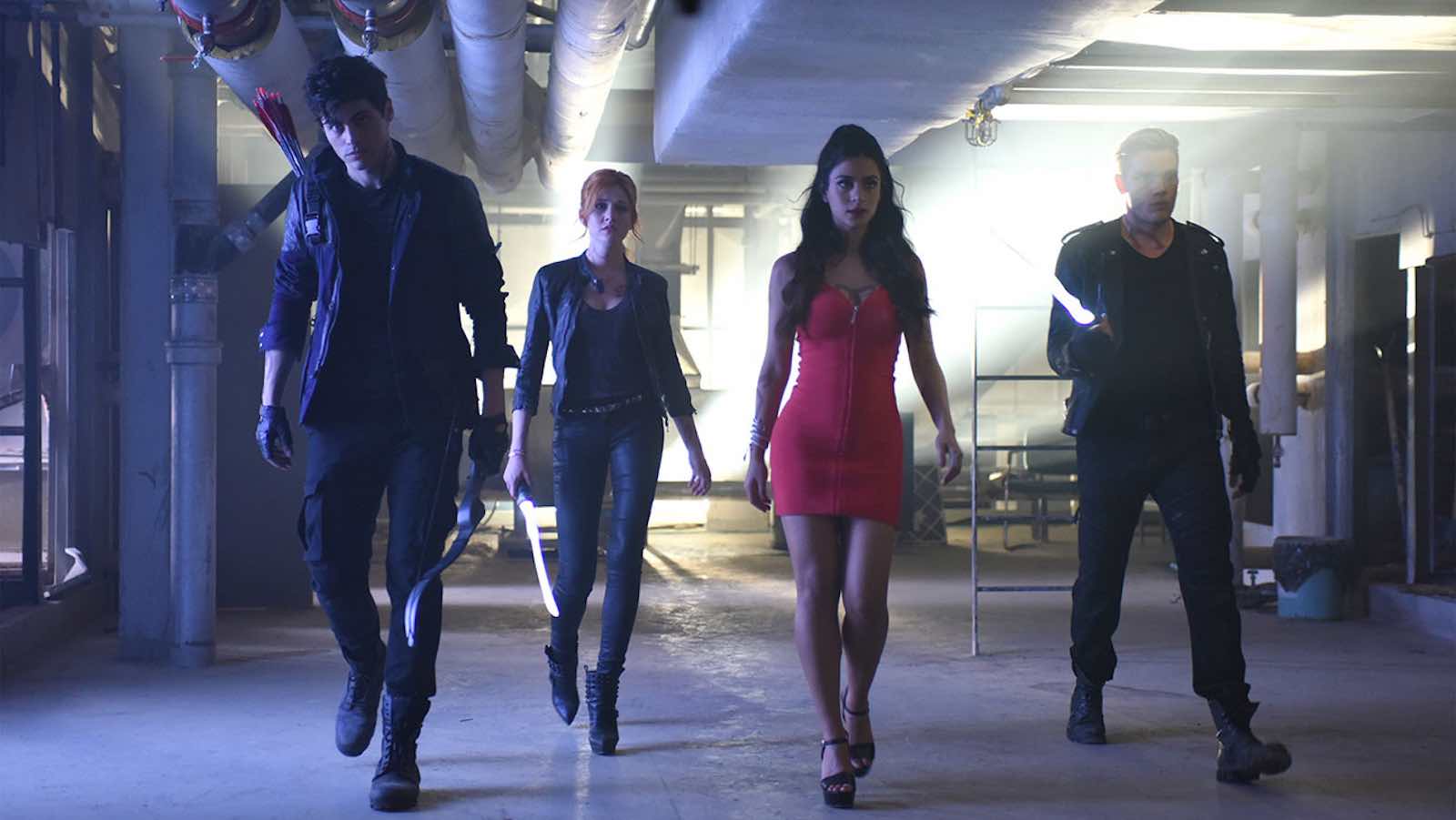 The Shadowhunters fandom is a nurturing one which collectively understands that some of the things they love most about the show (including its LGBTQI representation and strong female characters) can also be expressed as a community helping each other through tough times and supporting those not from the fandom who could also be struggling.

This love extends to fans showing indomitable support for other fandoms too and offering reminders that “other shows are not to blame for” Shadowhunters being cancelled.

“Please don’t be rude to the (other Freeform shows), they don’t deserve hate. We don’t want to be spreading hate. Your time would be better used in a positive way.”

In fact, there’s a certain camaraderie that’s emerged across multiple save campaigns. One show’s cancellation doesn’t automatically evoke a competitive nature over which show is more deserving of being saved.

The Expanse‘s fandom recently showed support for the #SaveColony campaign with the fan community extending “a list of tips” for “fellow fandoms hoping to save their favorite shows” based on the outcome of their own campaign (which resulted in Amazon picking the show up).

Meanwhile, polite & rational conversations concerning why certain shows were cancelled and how they could be saved have popped up between various fandoms like those of Colony, Timeless, and Lucifer. 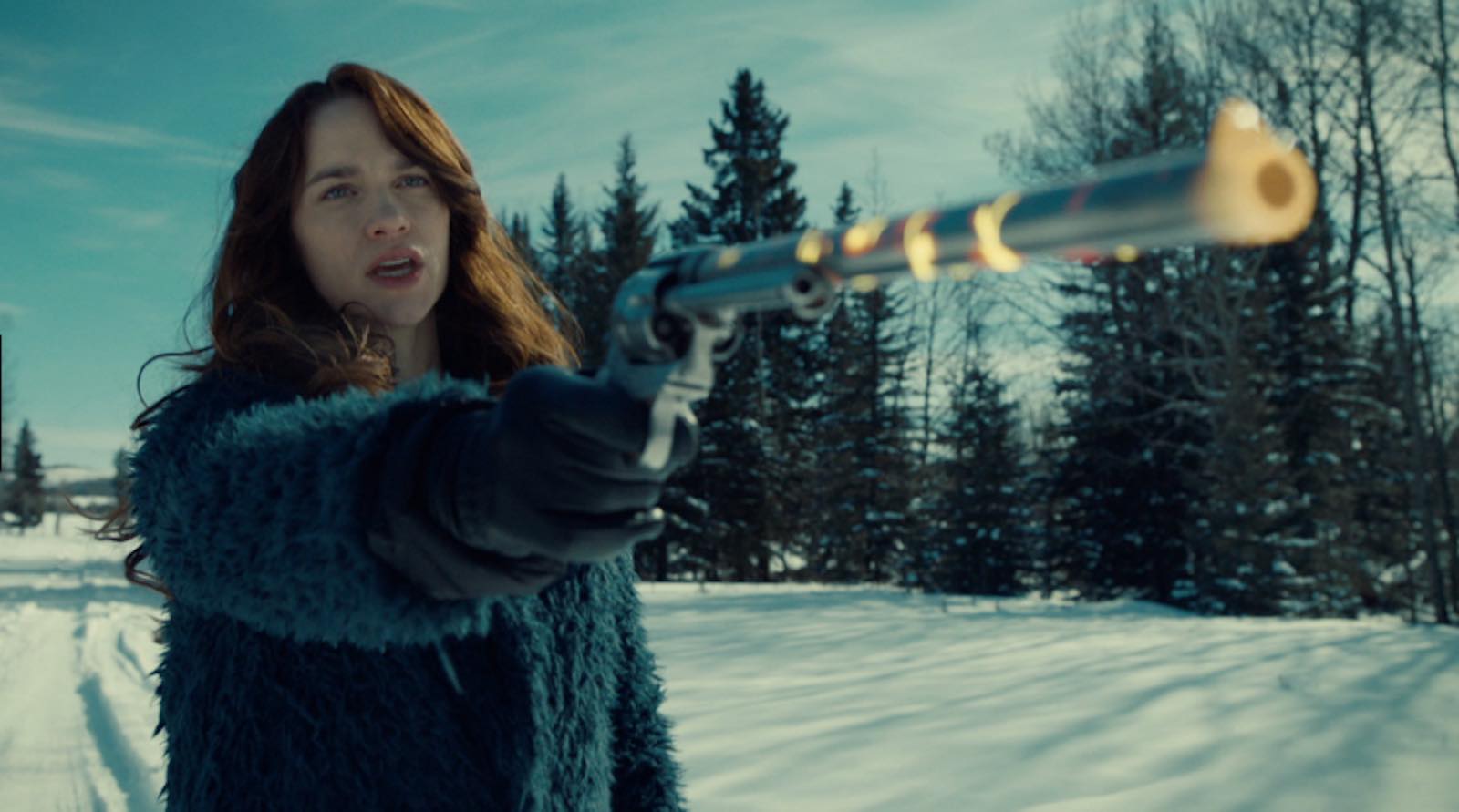 Wynonna Earp fans have been called the most polite fandom in the world and have been nothing but respectful. They recently learned production of the next season of the show has been delayed due to cashflow issues with the production company and been fair and firm throughout their campaign to push production forward.

There’s never any malice in these debates. It’s as though (gasp!) being a total asshole online is neither the best way to get your point across or to help your favorite show or film franchise to thrive. As one Lucifer fan stated on Twitter, “fans who criticize other shows & fandoms in a misguided attempt to paint their own in a better light don’t do themselves or their show any favors. Be passionate, be persistent, but above all be positive & kind. That way regardless of the result you can be proud of your efforts.”

Of course, the toxic behavior that can sprout up within major fandoms like Star Wars, the DC extended universe, and the Marvel Cinematic Universe aren’t necessarily ever aimed at other fandoms. Instead the toxicity is squarely aimed inward.

Sure, there can be jerks in every fandom. But the type of people who spread hate online regarding their favorite property are the spoiled brats of that community, hurling their toys from the stroller, and screaming their demands for replacements that better suit their personal tastes & desires.

It perhaps points to a certain breed of entitlement that’s emerged in pop culture. When you’re eating at the endless buffet table of cultural behemoths like DC, Marvel, or Star Wars, there’s no fear for the day when the rich efforts of each respective creative kitchen might suddenly stop serving up treats. 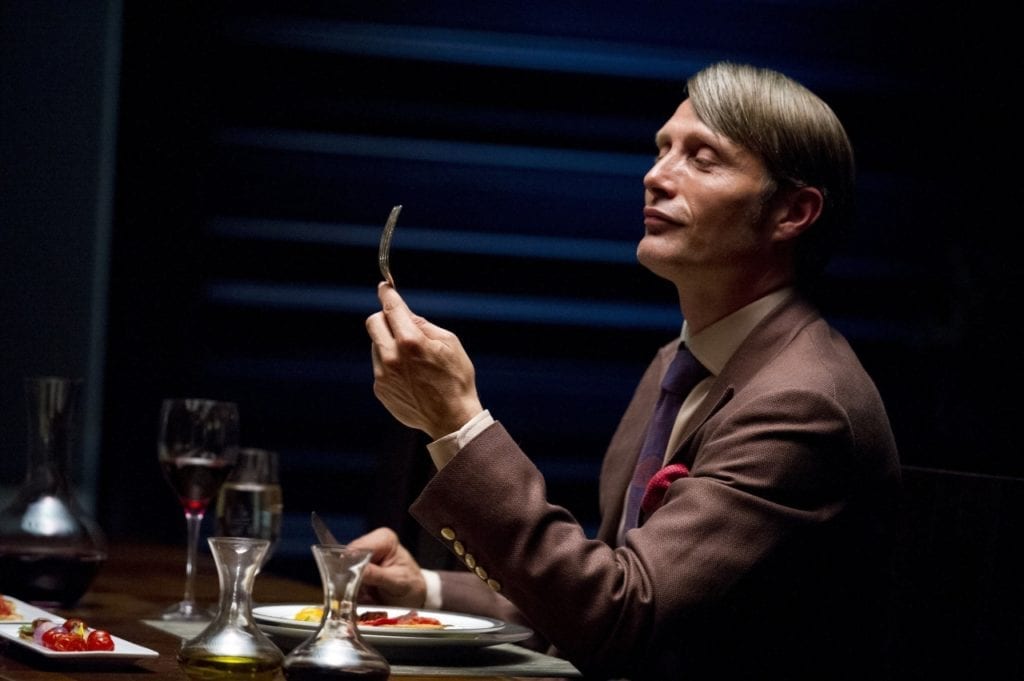 As a result, fans can be as brash, vulgar, irrational, and toxic as they like in insisting that their idiosyncratic worldview or personal desires for a narrative be delivered upon post haste. Their TV shows and movies will continue to be churned out regardless and no matter what the cost.

But if you find yourself sinking into the bottomless swamp of online fandom vitriol and despairing for humanity as a result, do yourself a favor – seek out the polite fandoms.

Dive into the relentless positivity and heartwarming unity of fandoms and you’ll find people using their voices for something other than hate, cynicism, and cruelty. You might even find a new community worth being a part of and a new show you’re desperate to save.