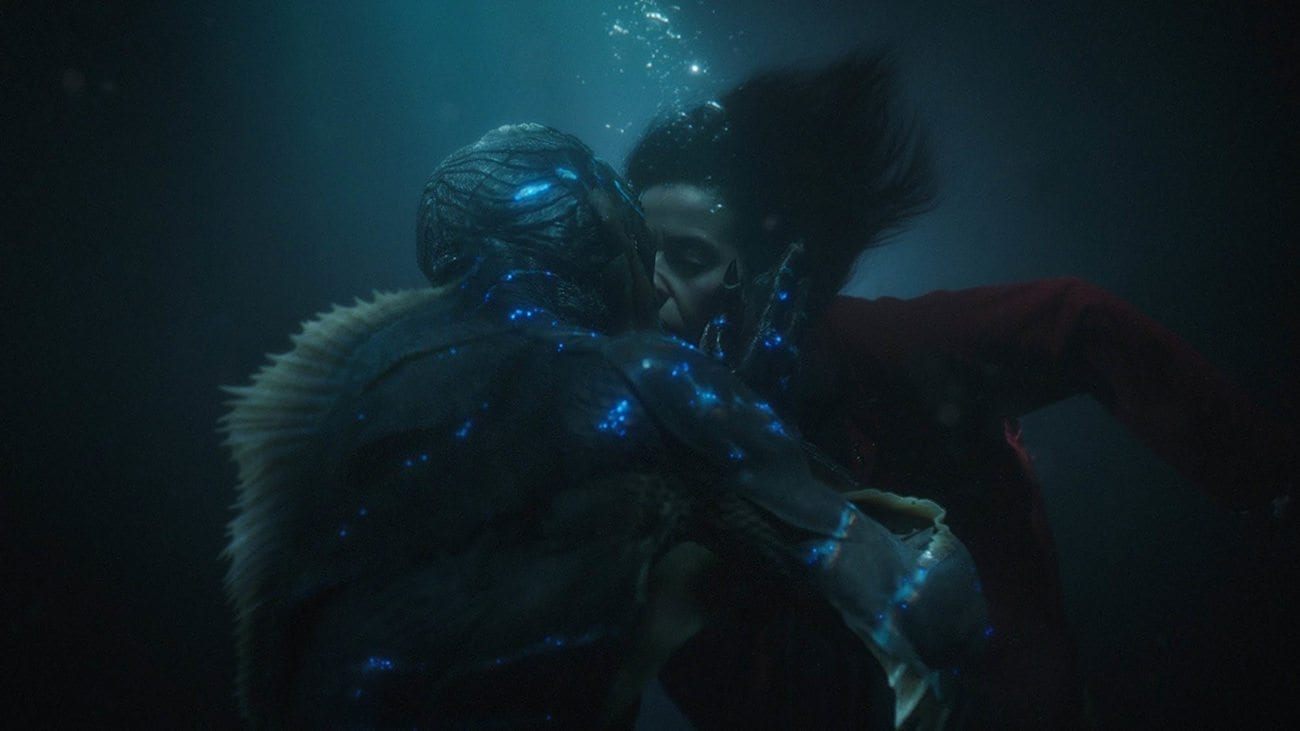 Another awards show has come and gone. Such a delight to watch every film you care about lose out, and all the mediocrity get celebrated! Awards shows obviously mean a lot in the great game of Hollywood. It’s a time of reflection, looking back on an entire year of filmmaking and television. This year’s Golden Globes ceremony, however, was charged with a particularly uncomfortable energy.

The Weinstein scandal was on everybody’s mind, a bombshell that exploded back in October to unearth systematic sexual harassment & misconduct throughout the entertainment industry, leading to the downfall of Harvey Weinstein and opening the floodgates along the way. In a sign of “solidarity”, stars wore Time’s Up pin-badges and dressed all in back.

Oprah Winfrey delivered a barnstorming, hopeful speech as she received the Cecil B. DeMille Award. The highlight of the show, though? Natalie Portman (Annihilation) announcing the “male nominees” for Best Director before the cameras even had a chance to find the five white guys in question.

A few of our favorites were left completely by the wayside, and there were a bunch of winners, losers, and rather ridiculous snubs last night. Let’s run through ‘em.

Three Billboards Outside Ebbing, Missouri scooped up a ton of prizes on the night. Best Screenplay went to Martin McDonagh, while Frances McDormand netted the award for Best Actress. Sam Rockwell took home Best Supporting Actor in a Motion Picture (Drama), and Best Film (Drama) went to the film too. Three Billboards Outside Ebbing, Missouri is a film we wanted to like, but we found it to be a rather monotone affair, never quite following through with its feminist intentions.

Indie treat Lady Bird also took home some glory. Saoirse Ronan won Best Actor in a Film (Comedy/Musical) for her performance. The directorial debut from Greta Gerwig, exploring the humor and pathos in the turbulent bond between a mother and her teenage daughter also scooped up Best Film (Comedy/Musical).

In the TV world, HBO’s Big Little Lies cleaned up. Nicole Kidman and Laura Dern were both presented with awards for their performances in the show, which also won the award for Best Miniseries or TV Movie. Aziz Ansari took home Best Actor in a TV Series (Musical/Comedy) for Master of None, while Sterling K. Brown landed Best Actor in a TV Series (Drama) for his performance in This Is Us.

Elsewhere, Allison Janney received Best Supporting Actress in a Motion Picture (Drama) for her performance in I, Tonya, headlined by Margot Robbie. Gary Oldman landed Best Actor (Drama) in a move that’s sure to cause some upset over the snub of retiring legend Daniel Day-Lewis. James Franco also triumphed with what is surely one of the most bizzare wins of all time, having invited bad movie maestro Tommy Wiseau on stage as he collected the award. Franco portrayed Wiseau in The Disaster Artist, the best bad movie ever made, which has since become a cultural sensation.

But which director came out on top? That prize went to Guillermo del Toro, in a win that put some warmth into our hearts. He’s such a cuddly, lovable chap trying to tell the stories of “others”, isn’t he? A much deserved win in our sort of humble opinion.

It wasn’t a good night for Christopher Nolan. With Dunkirk he created one of the most baity awards films of all time, but managed to miss out on landing any prizes. Instead, Best Film Director went to master storyteller Guillermo del Toro (The Shape of Water), while the prize for Best Film (Drama) was scooped up by Three Billboards Outside Ebbing, Missouri.

Christopher Plummer also lost out on the night, relinquishing his hopes of netting a prize to Sam Rockwell. Plummer was brought in by iconic director Ridley Scott after disgraced thespian Kevin Spacey was ousted from All the Money in the World. It was a monumental achievement, with Scott having reshot Spacey’s scenes in a mere nine days. We suppose securing a Golden Globes nomination in the first place was a bit of a cheeky win in its own right, though.

Aaron Sorkin was likely hoping to net a win for his directorial debut Molly’s Game, with Jessica Chastain and Idris Elba in the lead. But instead, Sorkin sat around all night wondering if he made a massive error in taking the director’s chair. Elsewhere, Jason Bateman, star of Netflix’s Ozark, lost out to Sterling K. Brown for Best Actor in a TV Series (Drama).

The real shocker of the night, though? That was seeing Daniel Day-Lewis (Phantom Thread) miss out on an award for the first time in what feels like forever. Instead, Best Actor (Drama) was taken home by Gary Oldman for his stellar portrayal of Winston Churchill in Darkest Hour.

Easily the biggest snub of the night: Get Out. Somehow, Jordan Peele’s breakout indie hit failed to appear on the best screenplay category at all before proceeding to lose out on two prizes. As much as we loved Franco in The Disaster Artist, we can’t help but feel Daniel Kaluuya’s performance was the more deserving of the two. Let’s hope the film receives some recognition at the Oscars.

Though Lady Bird fared well and took home a number of awards, it was a little odd that it failed to secure a Best Director nom. We’re fans of the likes of Steven Spielberg and Ridley Scott, but having a category that was entirely dominated by male directors was very backwards looking. Heck, even Portman pointed that one out.

Luca Guadagnino’s Call Me by Your Name was also snubbed. The film even failed to secure a nomination for Best Song, despite the transcendent work of Sufjan Stevens. Denis Villeneuve’s Blade Runner 2049 was right there alongside it, as was The Big Sick. Another day, another awards ceremony.