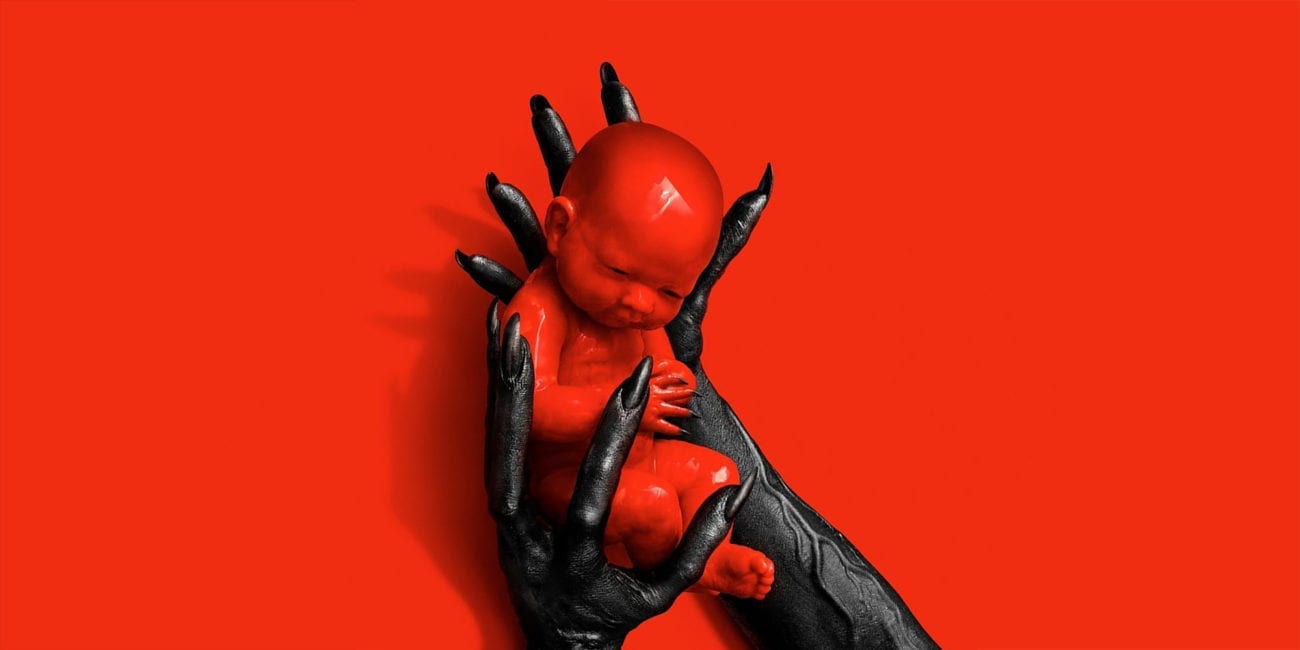 The Purge: All the best new and returning shows to get hyped for in September

With so many premiering in this next month, you need to know what the most important ones are so that you can schedule your time wisely in order to check out, bingewatch, or catch up on all the most buzzed about shows in a timely manner.

After all, you don’t want to be the one dork having a new series or latest season of something spoiled for you by that jackass in work who has watched it already, do you?

Of course you don’t! You’re better than that, pal! Here are the most hyped new and returning TV shows arriving in September that you need to know about.

The Sons of Anarchy spinoff from Kurt Sutter tells the next chapter of the biker gang saga by centering on the Reaper’s rivals-turned-allies the Mayans M.C. in “a post Jax Teller world.”

The show looks like it’ll be delivering the same macho bravado as the original series alongside some supremely tough female characters – so if you loved SOA, this looks about the same flavor.

After four movies (of varying quality), The Purge TV adaptation is bringing the horror premise to the small screen. Set between The Purge and The Purge: Anarchy, the show is set to focus on a group of unrelated characters who slowly converge over time.

The slow-burn horror series is said to be just as violent and topical as the movies and may even feature some intriguing flashbacks to the years prior to the Purge being implemented, with potential crossovers to previous movies (including The First Purge) also on the cards.

The gang is back and (thankfully for everyone) that also includes Glenn Howerton’s potential psycho Dennis who was long rumored to be leaving the show this season.

Though episode details have been kept under a tight lid, we do know that Rob Elhenney, Charlie Day, Kaitlin Olson, and Danny DeVito are returning and the show’s been teasing S13 with some strange horror marketing. Make of that what you will.

I Love You, America with Sarah Silverman (Hulu, S1B)

The second half of Sarah Silverman’s humorous and surprisingly insightful interrogation of deep rooted sociopolitical unrest in America is finally arriving on the SVOD. Part comedy show and part travelogue, it’s a tenacious blend of politics and dark humor.

We’re willing to hope that Danny Rand’s (Finn Jones) surprisingly not annoying cameo in S2 of Luke Cage is indication that S2 of Iron Fist will be far better than the flaming dumpster fire of S1.

The trailer certainly suggests so, with the immortal Iron Fist looking way more chill than he did in S1. Plus Colleen (Jessica Henwick) and Misty (Simone Missick) look to be central parts of the story this time around – which screams pure dynamite to us. Bring it, ladies!

Introducing the most emotional trailer of the season, ladies and gentlemen! Netflix isn’t pulling any punches with this one, highlighting all of the humor and heartbreak that made S1 such a damn treat.

Following a teenager on the autism spectrum (Keir Gilchrist) and a family desperate to support one another while crumbling beneath the fledgling marriage of the parents (Jennifer Jason Leigh and Michael Rapaport), S2 of Atypical looks like something you’re gonna want to bingewatch in one go.

By now you’ve hopefully watched S1 of The Deuce and been so dazzled by its genius that you acknowledge the show as being one of the best on TV.

Michel Gondry and Jim Carrey reunite for this dark comedy about a children’s TV star struggling to maintain his sanity through an infuriating personal crisis.

The show appears to offer the perfect blend of Gondry’s pathos-packed surrealistic worldview with Carrey’s intense talent for straddling the boundaries between heartbreak and hilarity and looks like it could be the standout hit of the season.

Speaking of standout hits of the season, we’ve got a lot of hope invested in Greg Berlanti and Sara Gamble’s latest drama being as deliciously trashy and entertaining as it looks.

The dark love story stars Penn Badgley as a brilliant 20-something who utilizes his internet savvy to stalk and woo the woman of his dreams.

With a supporting cast that includes Shay Mitchell and Elizabeth Lail and a trailer that looks packed full of more Hitchcockian levels of criminal intrigue, You is one you’re not gonna want to miss.

It’s the crossover between Murder House and Coven that we’ve all been waiting patiently for and we’re utterly hyped for every second of it.

Jessica Lang is reprising her role as Constance Langdon, Emma Roberts is back as Madison Montgomery, and even Stevie fucking Nicks is returning to play the world’s greatest ever white witch. We can’t wait!

S4 of BoJack Horseman remains one of the greatest storytelling achievements we think we’ve seen in an animated series (or otherwise), so we’re braced for more moments of genius in S5.

BoJack’s (Will Arnett) been on one heck of an emotional journey, but that optimistic S4 finale seemed to suggest that the messy equine actor may have turned a corner in his struggle to navigate life.

This is either going to be a total self-serving snoozefest or a prestigious standout – time will tell. For now we know that discernable Oscar collector Sean Penn is leading this series about a team of astronauts who become the first humans on Mars.

We can already hear awards jangling in the distance for this show and it’s not even been released yet.

Emma Stone and Jonah Hill reunite for this TV show that looks about a million universes away from the boozed-up goofs of Superbad.

Cary Fukunaga’s eagerly anticipated drama follows a mysterious pharmaceutical trail and the two strangers who forge an uncanny subsequent connection because of it.

So far it all looks very Legion (with the crusts cut off), but we’re still going to be bingewatching the everloving shit out of it the second it premieres.

Industry types have been hyping up the latest show from executive producer Robert Zemeckis as being “the new Lost” since the very start of the year – and it’s easy to understand why.

The premise centers around the passengers of a turbulent plane flight who discover they’ve actually been gone for five years – rather than a few hours.

The show stars Melissa Roxburgh and Josh Dallas and is exactly the sort of irresistible mystery that you’ll want to investigate from the get-go.

The Emmy magnet tear-jerker is back for more harrowing family revelations and Milo Ventimiglia looking stupendously hot in a variety of form fitting t-shirts and enjoyable facial hair.

Fans have been clamoring for more answers about the Pearson family since the second that S2 ended, but we have a feeling the third season is only going to drop even more mysteries into our tear-soaked laps.

Speaking of This Is Us, fans of the NBC weepy may also love this emotional tale of a close-knit group of friends realizing they need to do more with their lives after one of them suddenly dies by suicide.

The show stars David Giuntoli, Romany Malco, and Christina Moses as three of this large group of pals yearning to accomplish greater things.

We can’t lie, we’re mostly here because we love Leighton Meester and can’t wait to see her return to TV comedy.

The sitcom features a simple premise of a group of (d’uh) single parents forming their own support system as they raise their kids and struggle to start new relationships. But regardless of its simplicity, we also think it has a great deal of lighthearted potential.

The latest show from Charlie Day and Paul Fruchbom is set at a retirement center and focuses on three old dudes whose comfortable existence is shook to the core by the arrival of a woman with a whole lot of moxy.

It looks like it could be a terrific golden years comedy with a brash, bawdy twist and is definitely one for Almost Sunny fans to make a note in their diaries about.