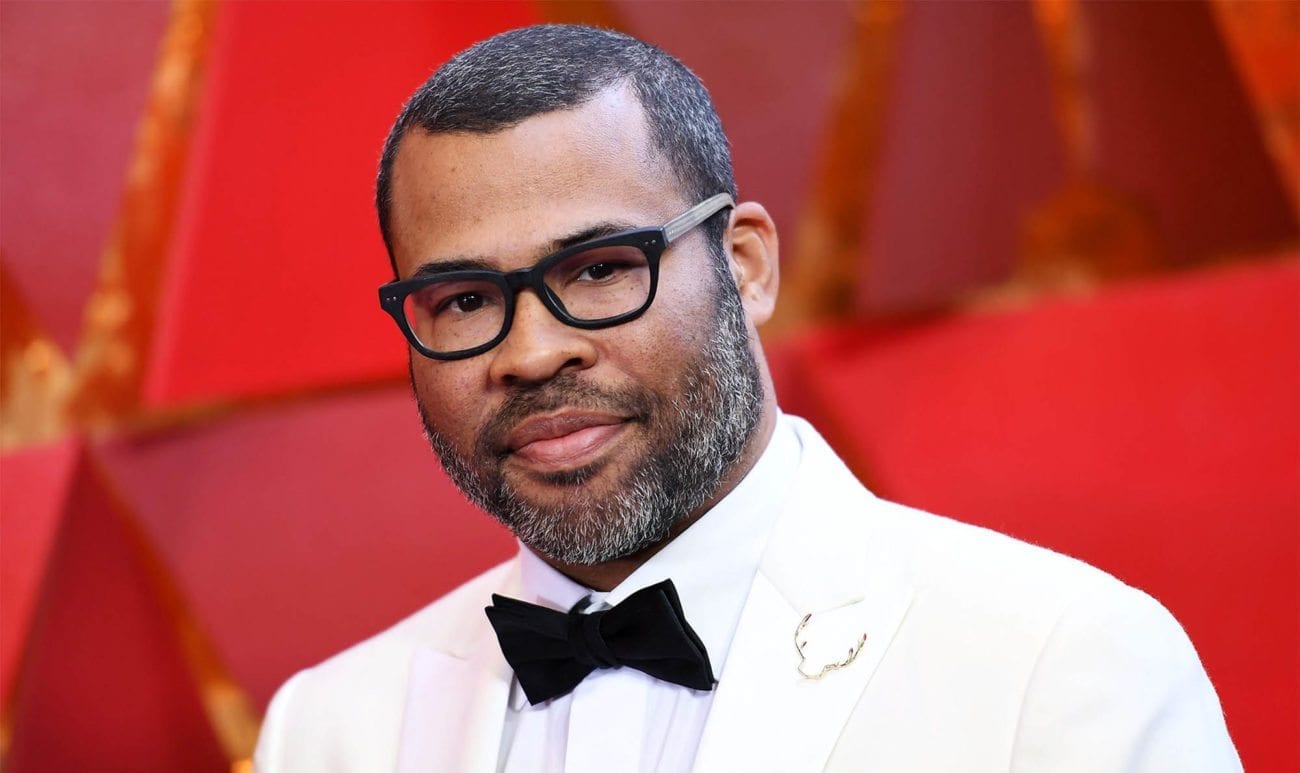 Jordan Peele is on fire lately and it only took him one movie to launch him into international success. After the critical and commercial powerhouse that was his directorial debut, Get Out, Peele has become the number one hot property for Hollywood horror and we can’t wait to see what his imagination has in store for us next. Since winning the Academy Award for Best Original Screenplay earlier this year, Peele has been attaching himself to numerous horror and comedy projects that feel achingly far away.

Most recently, the director teased his upcoming follow-up Us with a mysterious teaser poster. With Lupita Nyong’o (Black Panther), Elisabeth Moss (A Handmaid’s Tale), and Winston Duke (Avengers: Infinity War) in talks to star (and why would they say no?) it’s shaping up to be the horror movie to get excited for.

Since taking home his Academy Award, there’s no doubt that Jordan Peele’s phone is constantly ringing and he’s already signed up for involvement in too many upcoming projects to count. We’ll give it a go though – here’s every reason why Jordan Peele is the creative force to set your calendar around.

With one of the most intriguing casts and mysterious posters for an upcoming film, Us is already topping our lists of most anticipated movies for next year. With a Rorschach-style print and a brave, strange one-word title, it’s bound to be just as chilling and thought-provoking as Peele’s debut.

It has also been suggested the film will have up to five times the budget of Get Out, and we already know the amazing things the filmmaker can do with only $4.5 million. 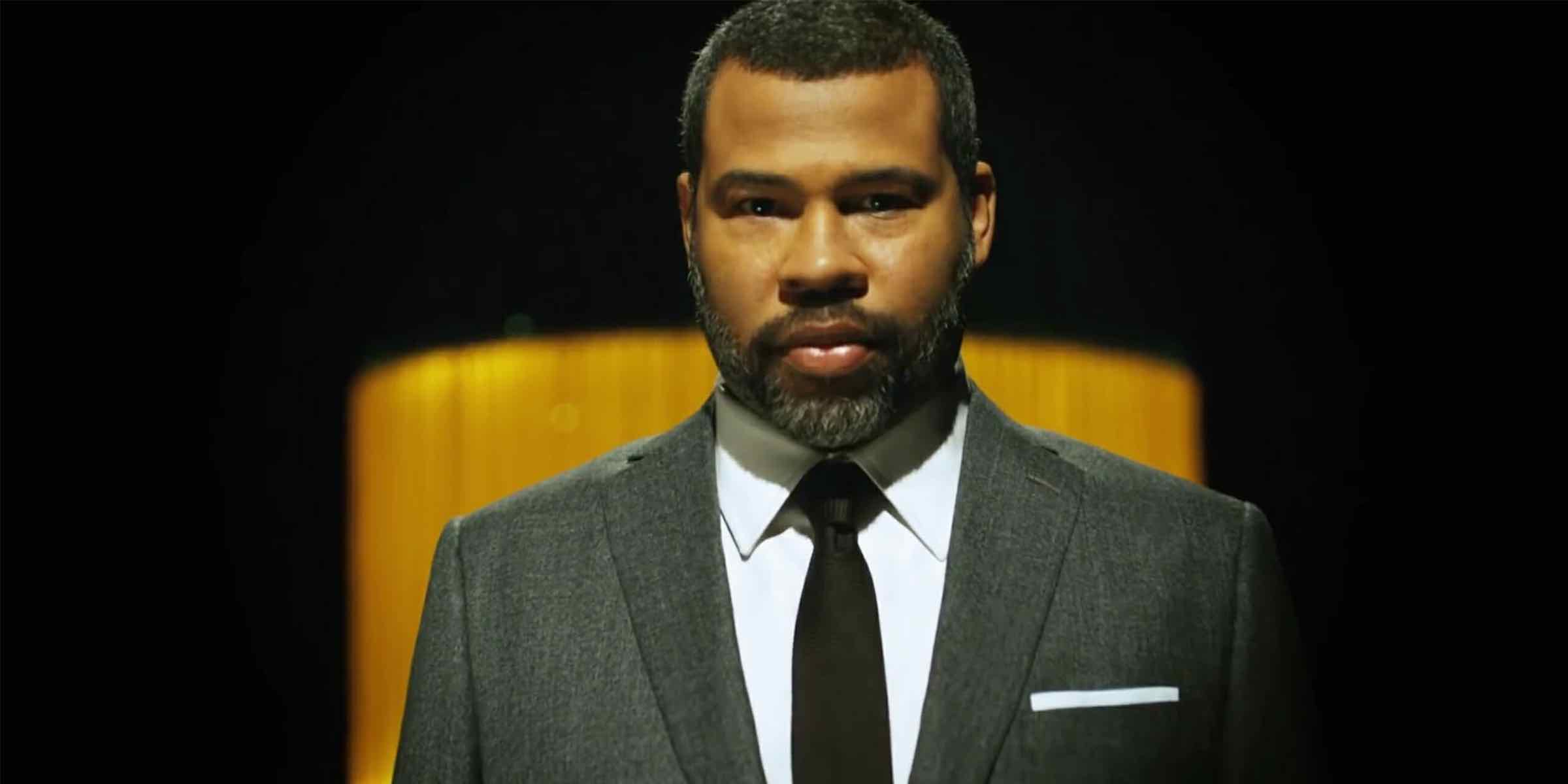 Get Out was such an impressive debut, Universal was immediately presenting checks and contracts to give him free reign to do whatever he pleases: a wise decision.

Three more movies on the way

Peele told Business Insider last year that he had “four other social thrillers that I want to unveil in the next decade,” proving that Marvel isn’t the only ones with crazy longterm plans for the future. With Us coming next year that means there are three more nightmares coming to take us into the 2020s.

Co-creator of The Last O.G.

If Girls Trip was Tiffany Haddish’s big break, The Last O.G. has cemented her as a comedic genius and a fierce talent to watch out for. It also stars Tracy Morgan (30 Rock) in one of his first starring roles since his accident, and it’s safe to say he’s still got it.

Peele got his break via his sketch show Key and Peele and while he’ll occasionally be returning to comedy, he has admitted that his true love is horror. After Get Out, Peele will be working on a number of horror projects for both film & TV, and Lovecraft Country looks like one of the most exciting.

Set in America during Jim Crow, it follows a group of black Americans on a journey to discover the protagonist’s missing father. On the way, they encounter both terrible racism and Lovecraftian creatures.

Despite working mainly within the horror genre, Get Out was just as much about angrily pointing out racial hypocrisies as Spike Lee’s Do the Right Thing, so it was only a matter of time before the two filmmakers worked together.

Lee’s next film – about a black detective who infiltrates the KKK – was produced by Peele and Jason Blum (who produced Get Out). If that’s not enough, it also stars Denzel Washington’s son, John David Washington (let’s hope talent runs in the family) and Adam Driver (Star Wars: The Last Jedi). 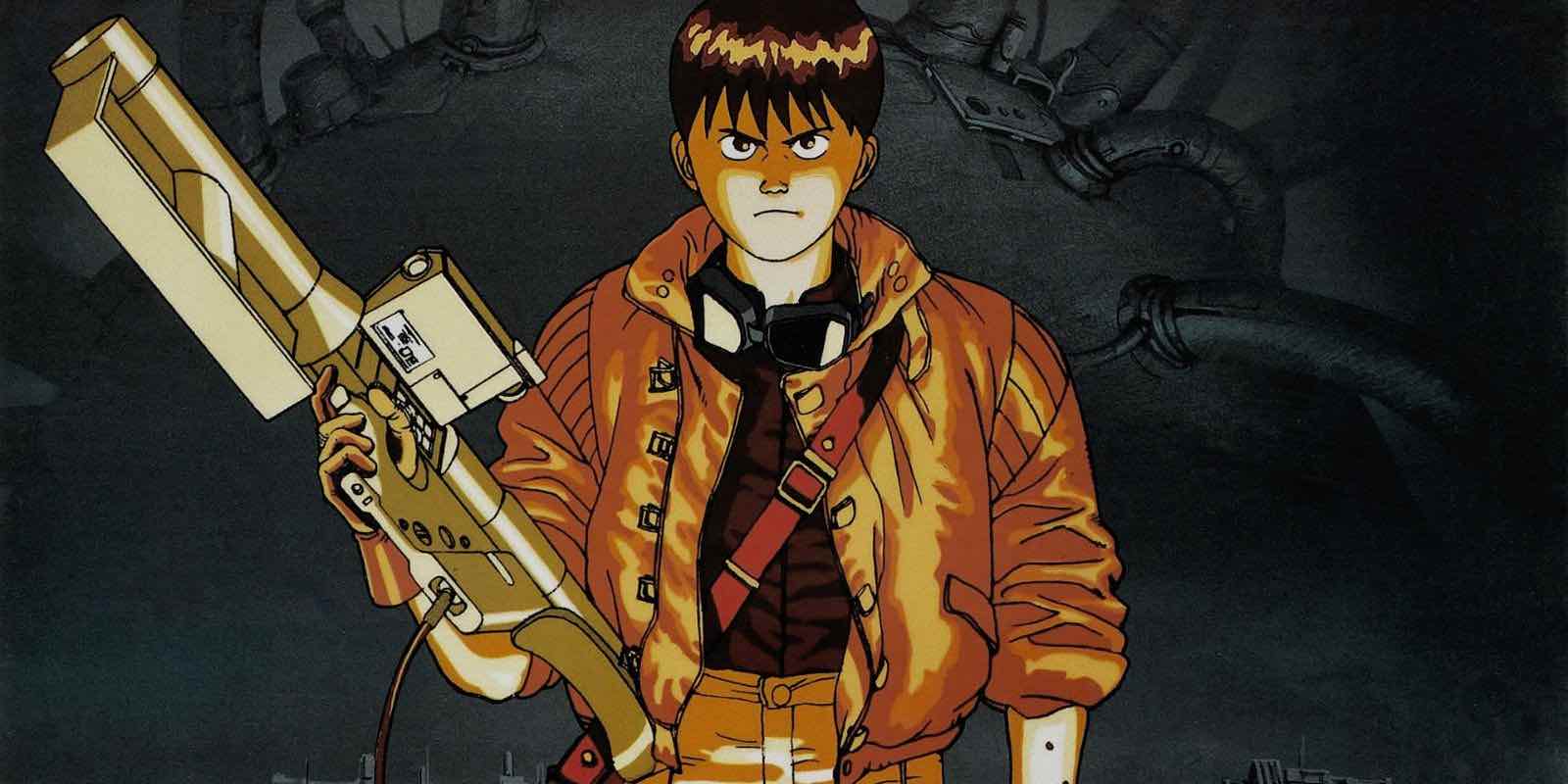 Yes, it’s a little strange to mention a film that Peele isn’t directing as proof of his talents, but it’s refreshing to see a fresh new director turn his nose up at a hundred-million-dollar remake of a classic in favor of something more original. We’re sure he could have done something spectacular with it, but we’re kind of glad he’s not. 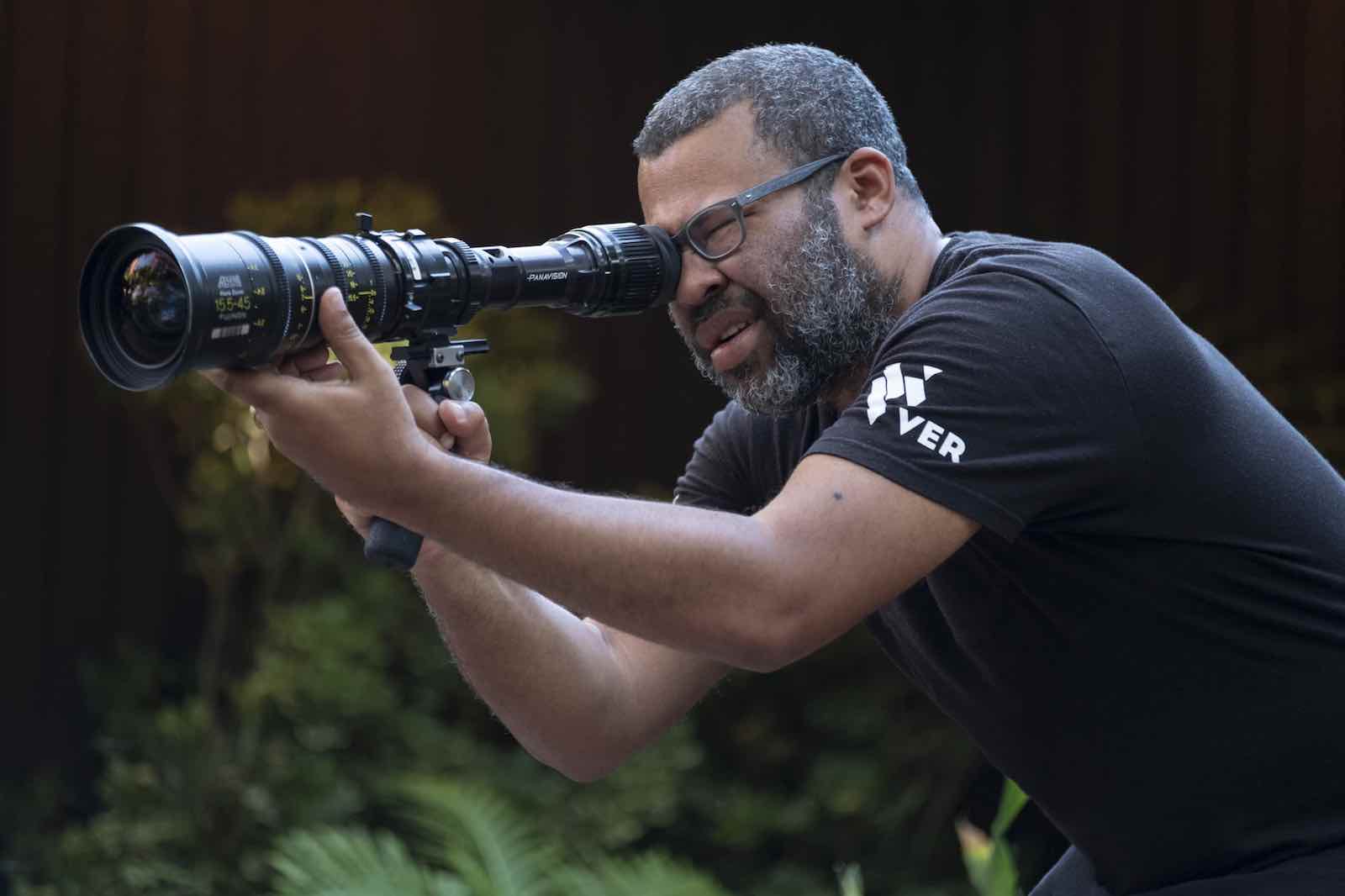 Peele’s last film role was voicing school nerd Melvin Sneedly in the long-awaited adaptation of Captain Underpants, and it looks like he’ll be flexing his pipes again, this time for more adult fare. Abruptio takes a leaf out of the Jim Henson school of filmmaking and will be performed entirely by puppets.

It’s definitely a shame, as the characters created for Key and Peele showed off his comedic style perfectly, and some are just instantly gifable. He’s also guest starred in the prestigious series Fargo (alongside his comedic partner, Keegan-Michael Key) and lent his voice to several animated shows, including Rick and Morty and Big Mouth.

However, all that is worth letting go of if it means he can focus on the insane number of producing and directing projects he has lined up. He’s not entirely done with his acting career, however . . .

Jordan Peele is a machine on social media and you’d do well to follow him to get the latest scoops for his upcoming projects directly from the man himself. 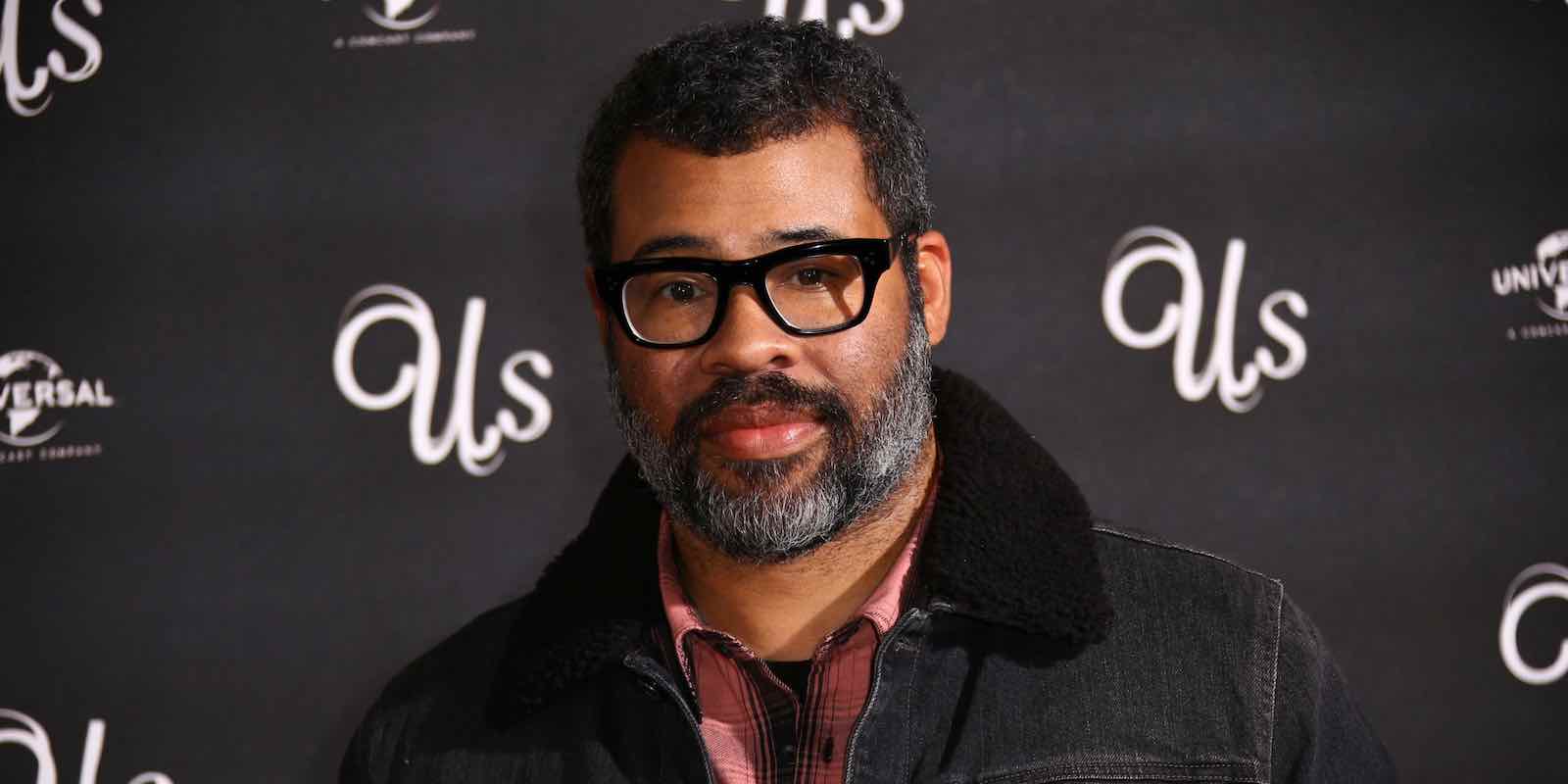 Any father who names his son Beaumont Gino is an undeniable genius.

There’s no word yet on which network will be lucky enough to air one of Peele’s many new TV shows, but put “Jordan Peele” and “Nazi hunting” together and it could be on Nickelodeon for all we care. Inspired by true events in the 70s, no cast has been confirmed, but we can’t wait to see his take on a period piece thriller.

Get Out already comes off like an insane episode of what could be a thrillingly inventive anthology series, so Peele’s attachment to the upcoming reboot of Rod Serling’s The Twilight Zone makes so much sense. With Peele onboard, our hopeful checklist includes original stories (rather than simply updating preexisting episodes), as well as his involvement attracting some big name stars.