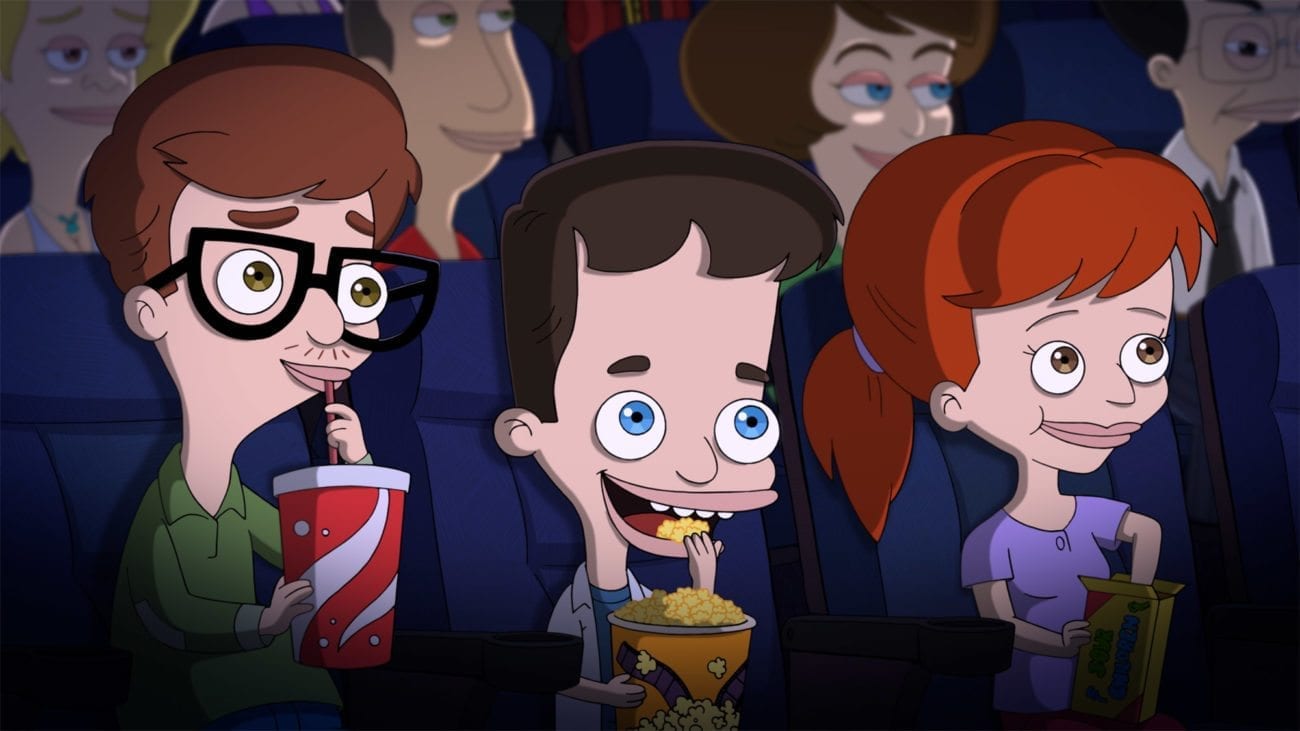 The Shame Wizard: Everything you need to know about ‘Big Mouth’ S2

We don’t know exactly when it’s gonna drop or the precise deets of what’s going to happen when it does, but what we do know is the second season of the Netflix Originals cartoon comedy Big Mouth is on the way! Get hyped girls & boys – here’s everything we know about S2 of Big Mouth so far:

We can all expect a lot more pubescent horrors

Prior to the release of S1 of the show, creator Nick Kroll (The League) suggested in an interview with Bustle that the Big Mouth team has a lot of “ideas” for the future of the show “cause puberty is not a subject that is light on material.” At the end of 2017, Kroll went one step further in suggesting the show has “many more stories to tell” about adolescence, telling Vulture that in S2, “Change occurs, and you will see that hopefully reflected in the characters. It’s not a fresh restart — everything that’s happened to our kids we remember and use. I think puberty is literally a constant state of change and flux but we also think there are great stories to continue telling about that exact period of time.” Presumably that also means storylines like Jay (Jason Mantzoukas) impregnating his “love” pillow won’t be glossed over (no cum pun intended) in S2 and may even be topped in terms of irreverent craziness.

The show will be delving deep into adolescent issues

S1 of Big Mouth is undeniably hilarious, but what gave it a legit spot in our hearts is that it wasn’t just jokes about boners and masturbation rituals – it also had a surprising amount of pathos and depth in exploring the changes of each character. In an interview with Popbuzz, Kroll suggested S2 of the Netflix Originals show will have “a lot more conversations about puberty.” The second season will apparently expand “beyond just The Hormone Monster as there are other parts that are not just the hormones that come into play within burgeoning sexuality. Issues of shame, drugs, and a lot of other stuff like that. There’s things that we want to explore around shame and divorce and understanding sexuality and all that kind of stuff.”

Gina Rodriguez will be joining the cast!

We’re pretty sure there isn’t a man or woman alive who isn’t completely enthralled by Gina Rodriguez (Jane the Virgin) at this stage and though we might only be hearing her captivating honey voice in the show, we’re still utterly hyped for it. Fittingly, Rodriguez will apparently be playing a character called Gina (creative!) who will be playing soccer on a team with Missy (Jenny Slate) and Jessi (Jessi Klein). Judging by the first image released on the character, it looks like Nick (Kroll) could be totally smitten for her. But will Gina secretly have a thing for the girls? Considering “understanding sexuality” is said to be a major part of S2, we’re going to wildly speculate that it’s a possibility.

The kids will face a new primal threat – The Shame Wizard

Also joining the ranks of the irreverent comedy will be David Thewlis (Anomalisa) who’ll be voicing The Shame Wizard – the apparent “mortal enemy” of The Hormone Monster who will haunt the kids and stoke their deepest shames. If we can remember anything about the agonies of being a pubescent youth, it’s that The Shame Wizard will probably be kept very busy in S2.

Fans are currently being kept in the dark about a potential release date for S2 of the show. However, if we throw on our sleuthing caps and squint hard enough we think we can see a potential release date in near sight. Judging by the fact that S1 of the show dropped in September 2017 and the details of the upcoming season are slowly starting to be publicized, we’re inclined to believe S2 may drop sometime around September this year too. Expect a first trailer to drop in the next couple of months, Netflix fans!