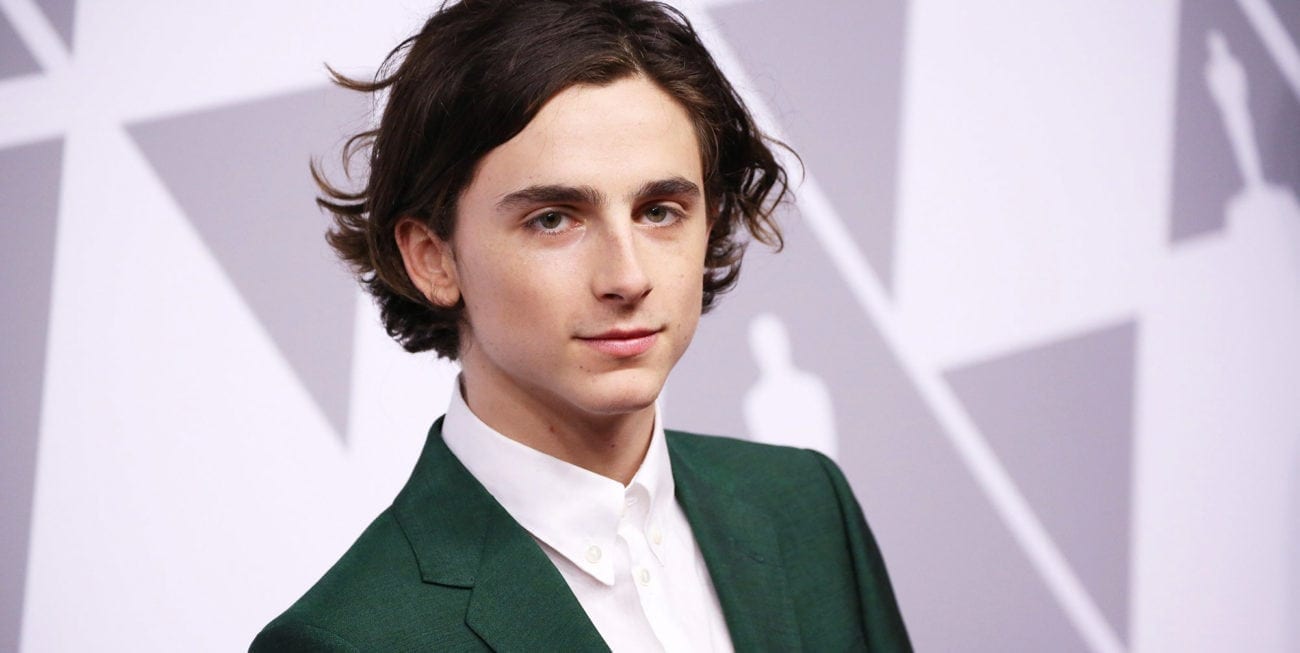 The cast for Netflix’s The King, scheduled to premiere later this year, has been nailed down – with Robert Pattinson, Ben Mendelsohn, Joel Edgerton, Lily-Rose Depp, Thomasin McKenzie and more accompanying young Mr. Chalamet – but we thought we’d revisit our predictions for this intriguing project.

Timothée Chalamet is already the king of our hearts and now he’s set to play King Henry V in director David Michôd’s upcoming Netflix period drama The King. Following an Oscar nomination for his role in Luca Guadagnino’s Call Me by Your Name and stunning performances in the likes of Greta Gerwig’s Lady Bird and Scott Cooper’s Hostiles, Chalamet’s next project will see him take on the title role of the regal bad boy in yet another high profile blockbuster.

Needless to say, he’s the man of the moment, the bees knees, the dog’s bollocks – Chalamet is crushing it and we’re with him every step of the way. But just who is set to star as his monarchy entourage?

The actor is without a doubt Hollywood’s brightest star right now, but his performances would’ve been nothing without his worthy co-stars. As such, here are the top ten acting powerhouses we’d love to see star alongside Chalamet to make the ultimate royal dream team.

Thompson has proved her acting chops in varied roles, from Charlotte Hale in Westworld to Thor’s Valkyrie to Rikki Carter in Dear White People. However, one trait that’s unanymous across all her performances is she is one strong boss bitch and we’d love to see her bring this power to a period piece. No doubt she would absolutely dominate Chalamet.

From Pennywise to prince of England, we have no doubt the middle sibling of the acting dynasty could nail a British accent for Netflix’s period drama. And do we even need to explain why we’d be living for a Chalamet and Skarsgård team up? It would be pure ?.

Golden Globe-winning actress Gina Rodriguez shines bright as the lead in Jane the Virgin, bucking stereotypes and killing it both on the screen and off it too with her female-focused production company. We’d love to see her bring some female power to a role in Michôd’s hit – she’d make the perfect queen to Chalamet’s king. Yas queen!

This dream team would make total sense. Saoirse Ronan is without a doubt the actor for a new generation and she already starred alongside Chalamet in the sensational coming-of-age hit Lady Bird. While their characters in Gerwig’s hit might be far removed from what would be required for The King, we have no doubt their on-screen chemistry would be just as solid.

Much like Chalamet, actor Daniel Kaluuya is truly one of Hollywood’s brightest stars right now. Following an Oscar nomination for his titular performance in Jordan Peele’s Get Out, he also ruled the waves in Wakanda as W’Kabi in Black Panther.

With both actors having their moment, we think The King would make the perfect opportunity to bring these powerhouses together with roles that would test their skills and allow them to show off their acting chops in a period setting.

Kristen Stewart + Timothée Chalamet = too much cheekbone to handle. Honestly, we’re not sure if we could deal with the dangerous levels of androgynous sexiness these two would bring starring next to one another. The royal courts of England would be on fire!

While everyone’s fave geek God might feel more at home in tight pants aboard the Firefly space cruiser Serenity, we believe Nathan Fillion could use his nerdy credentials to bring some much needed humor to the English monarch. Might we see Fillion as Henry V’s jester, keeping Chalamet’s bad boy character entertained? You heard it here first.

In everything from Black Mirror to Black Panther, Wright has proved herself to be a scene-stealing superstar. She’s already brought the Wakandan princess Shuri to life – let’s make the same happen for The King.

Psych! Turns out Robby P has already been confirmed to join the cast of The King, meaning he will be starring as a character in Chalamet’s monarch. Be still, our beating hearts!