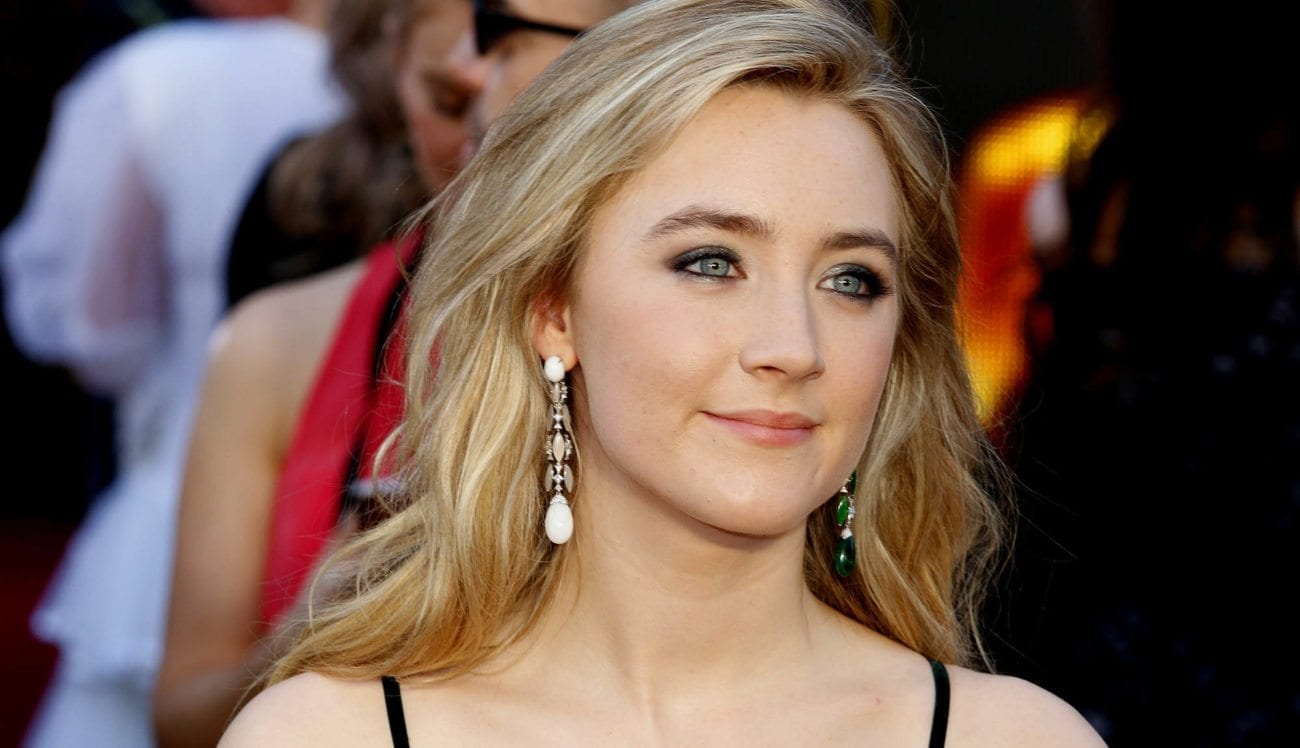 If you’re a fan of honeymoon stories from hell or you just love a bit of sentimental English romance, check out On Chesil Beach by Dominic Cooke. Based on Ian McEwan’s 2007 novella, the film is about a young couple’s disastrous honeymoon in southern England circa 1962.

Whether you liked it or thought the film was misty-eyed drivel, there’s no doubt Saoirse Ronan gives a stellar performance as the classical violinist Florence Ponting. The 23-year-old from a small town in Ireland has managed to crack Hollywood’s most enigmatic code, landing a spot in the big leagues over the years with some absolutely outstanding roles.

Let’s take a look at why Saoirse Ronan is Hollywood’s leading lady for a new generation.

Launching her career as a child, Saoirse made her acting debut with the Irish medical drama series The Clinic in 2003. But her big break came with the part of a precocious teenager in Atonement, for which she was nominated at the Academy Awards for Best Supporting Actress.

Although she started young, Saoirse is anything you’d expect from a former child star. Rising up to redefine female roles both on screen and on stage, “Saoirse has also cleverly eschewed the other trappings of fame: impulsive tweeting, showmances, pap shots, red-carpet attention grabbing,” noted The Independent.

“Effectively walking off the Oscars red carpet in February straight to the bright lights of Broadway (where she appeared in The Crucible), Saoirse has managed that most impressive of high-wire feats: she is an actor’s actor.” This is perhaps why she was named one of Time’s “Next Generation Leaders”.

She’s not afraid to speak up

Saoirse has always done things her way and this includes chiming in on societal issues and standing up for causes she feels strongly about. In 2015, the actor publicly backed the Marriage Equality Referendum to amend the Irish constitution, speaking at a campaign event in Dublin organized by the Yes Equality group:

It’s like when black and white people couldn’t marry, Protestants and Catholics couldn’t marry for a long time, and you think of it as being so ridiculous now . . . these are all things that we consider to be so backwards and dated, and it will be viewed as that if we get a No vote.

In addition, Saoirse has previously spoken out against sexual harassment and physical abuse, her contributions ranging from darkly comical SNL music videos to teaming up with Hozier to front a campaign shedding light on domestic violence.

A wide and eclectic collection of outstanding performances

Saoirse has racked up an impressive collection of complex, unique, and interesting characters during her acting career. As noted, she was nominated for an Oscar at just thirteen for her performance in the wartime drama Atonement as a girl named Briony whose overactive imagination had a significant impact on a man’s life.

“She has since played a child assassin in Hanna, a pastry chef who helps break a man out of prison in The Grand Budapest Hotel and . . . an Irish immigrant who makes her way to 50s New York in Brooklyn, a star-making turn that earned Ronan her second Oscar nomination,” noted Time.

More recently, Saoirse earned her third Oscar nomination (once again, she’s just 23) for her lead role in Greta Gerwig’s coming-of-age feat Lady Bird, which would not have worked so well had Saoirse’s teenage character not been as utterly lovable as she was.

While the actor has a full resume of high-profile roles, what cuts her above the rest is her ability to stay grounded amid the Hollywood hubbub.

As The Independent put it, “While Saoirse is primed to take a spot in the higher echelons of acting talent, she has lost little of her youthful vim. Spotted having a crafty drink during the Oscars, missing her cue at the Golden Globes . . . the Saoirse Machine isn’t so tightly controlled so as not to let her own playful personality peek through.”

Saoirse clutches her cheeky charm – something that shines through during press and post-award interviews – while also remaining humble and grounded. Actor and fellow countryman Colin Farrell concluded, “Saoirse doesn’t have a dishonest bone in her body and that translates directly into her work, onto the screen.” It is for these reasons that Saoirse Ronan – our very own Lady Bird – is the leading actor for a new generation.