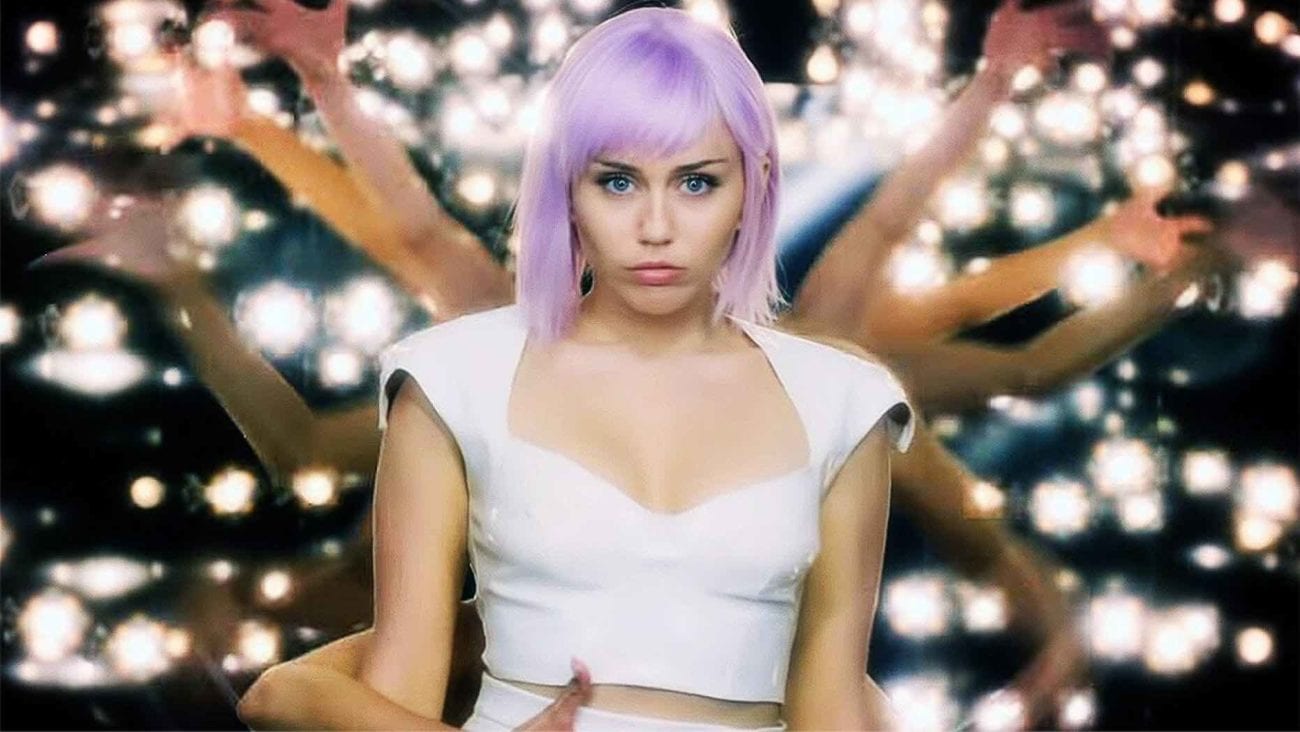 After being treated to the choose-your-own-nightmare that was 2018’s Black Mirror: Bandersnatch, everyone was wondering what awaited us in season five of the Charlie Brooker-helmed show. Now that it’s here, the latest season of Netflix’s technology anthropology serves us three new tech nightmares for us to endure.

Netflix dropped a meager three episodes instead of six this time around, so each episode must rise to the challenge of featuring a different facet of technology – at varying levels of success. As ever, Black Mirror focuses deeply on the mind and our psychological relationship with technology & modern life.

We’ve already ranked all of Black Mirror up to the end of S4, so after binging all three episodes, it’s time to recap and rank the latest season. So if you haven’t taken the dive yet, it’s best if you look away now and avoid any spoilers. Or you can simply visit bingosites.bet.

The biggest story going into S5 was the reveal that Miley Cyrus was to star in one of the episodes as a pop star with a dark side. Unfortunately, publicity grab aside, “Rachel, Jack and Ashley Too” is the most disappointing of the season.

Ashley O (Cyrus) is the biggest pop star in the world. In a genius move by her product development team, Ashley decides to put out an artificially intelligent doll named Ashley Too that’s programmed with her personality. (Cue ominous music) When superfan Rachel (Angourie Rice) begs for an Ashley Too for her birthday, her father relents and buys her one. (He knows how few friends she actually has IRL.) 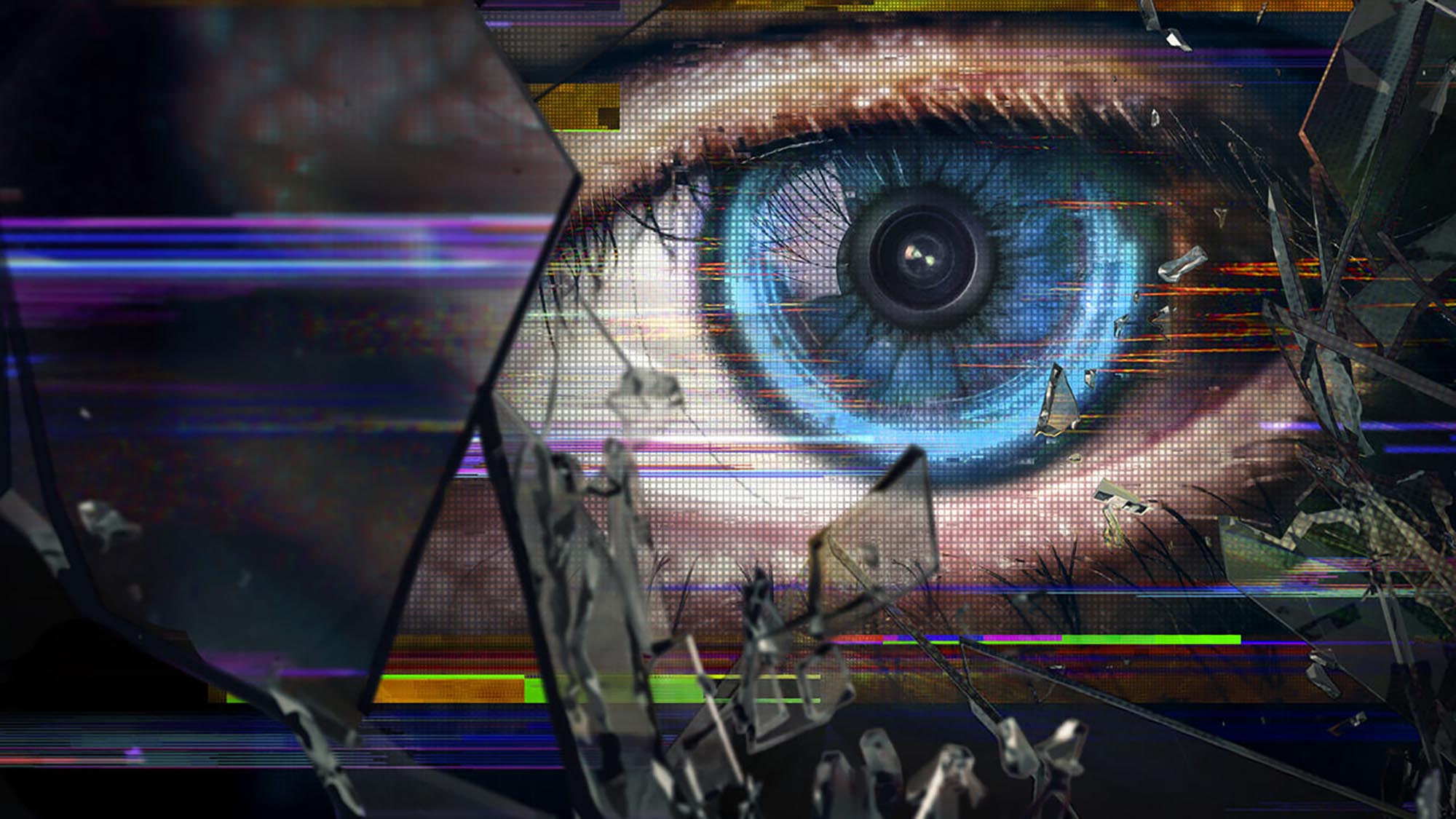 Based off that concept alone, we came up with all types of twisted ideas for where this story could go – but we the narrative missed the opportunities. We end up on a disjointed rescue mission after Ashley’s aunt/manager forces her to overdose and uses technology to write a new album (using her comatose thoughts).

AI has been done and done again in film and television (for better and worse) and we were expecting more from a Black Mirror AI-themed episode. 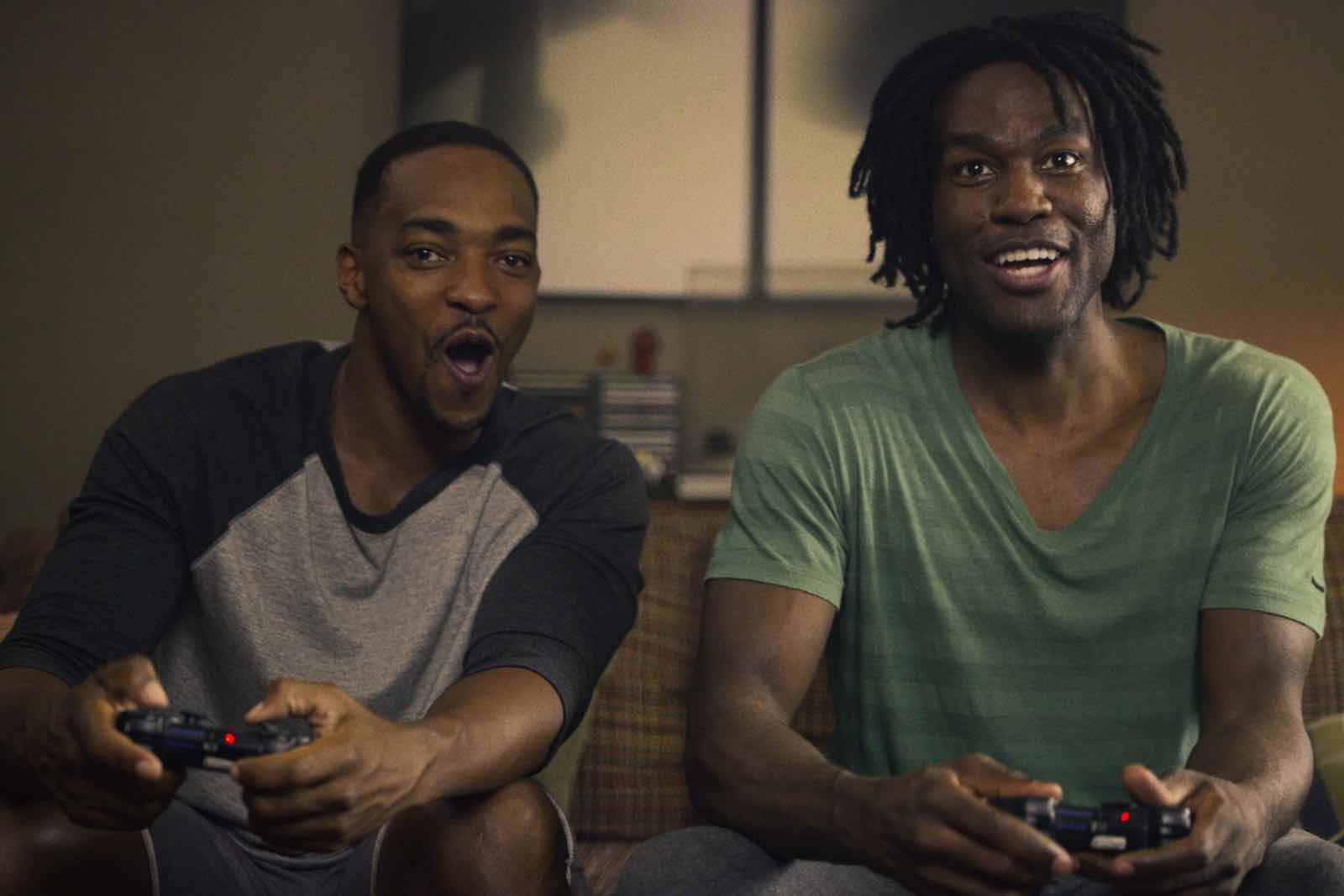 Is it cheating if you’re having sex in VR?

Danny (Anthony Mackie) and Karl (Yahya Abdul-Mateen II) are college friends who long ago bonded over a Mortal Kombat-style fighting game called (of course) Striking Vipers. As they and their lives grow, they drift apart. When Danny’s wife Theo (Nicole Behaire) throws him a birthday cookout, Karl comes bearing gifts.

When Danny & Karl play the game later that night, they end up bumping uglies as avatars, and each time they play they use it as an excuse to have VR sex. Theo starts to realize her hubs Danny is becoming distant and calls him out on it. 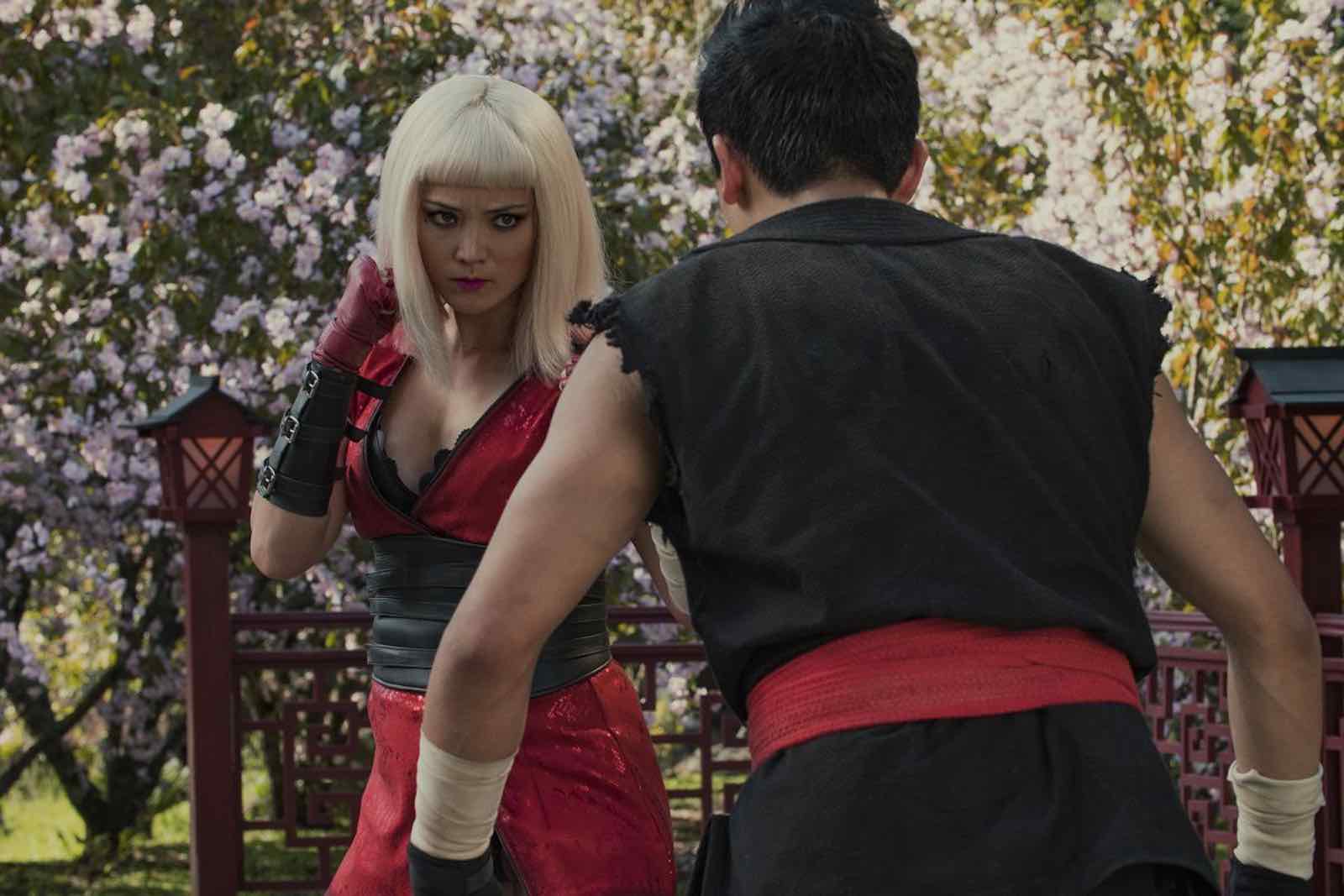 When Theo invites Karl over for dinner (thinking it will be a nice way to get the old friends together), things come to a head. Danny comes clean about his extracurricular activities to Theo and they make a deal: once a month, Danny can play VR sex games with Karl, while Theo can hook up with other men.

There’s a lot we loved about “Striking Vipers”: for one, seeing Anthony Mackie back on the small screen after spending so much time on the multiplex in the MCU. He gets a chance to shine like so many other film actors do when they work on television.

Should your actions online be treated in the same way as your actions IRL? We enjoyed pondering the implications. But the episode doesn’t truly explore concepts of fidelity and imagination deeply and therefore lacks closure. Nevertheless the themes are strong and the performances solid despite its rhetorical flatline.

The best episode of this Black Mirror season is less po-faced about technology and society, focusing instead on the narrative. Duh.

Chris (Andrew Scott) is a rideshare driver with a traumatic past for which he attends group therapy sessions. There he meets Hayley (Amanda Drew), a woman still dealing with the suicide of her daughter eighteen months earlier. After the meeting, they hook up.

Next morning Hayley attempts to log into her daughter’s Persona (Facebook) account, which she’s been trying to do since her daughter died. At his shift later that day, Chris picks up Jaden (Damson Idris), who works at the social network Smithereen (Twitter). Jaden is distracted on the ride and doesn’t realize Chris is abducting him at gunpoint.

Revealing his goal, Chris demands Jaden get him in contact with Smithereen’s CEO Billy Bauer. Jaden’s only an intern, but he gets in touch with his boss anyway. The call ends up reaching COO Penelope Wu (Ruibo Qian), who reaches out to the FBI to help them research Chris and use his phone to bug the car. Eventually, Penelope goes against advice and reaches out to the CEO, Bauer (Topher Grace) and encourages him to answer the call.

During the phone call, it’s revealed that Chris’s fiancee was killed in a car crash while Chris was driving. He had checked a Smithereen message and lost control of the car. Chris blames Bauer for creating an addictive app. Bauer actually agrees with Chris and admits he’s trying to fix his company, as he’s unhappy with the direction it’s taken.

Chris asks Bauer to get in touch with Persona’s CEO, so that Hayley can get her deceased daughter’s password. Chris prepares to kill himself, but Jaden wrestles the gun out of his hands; the police think Jaden is in trouble, so they shoot Chris. 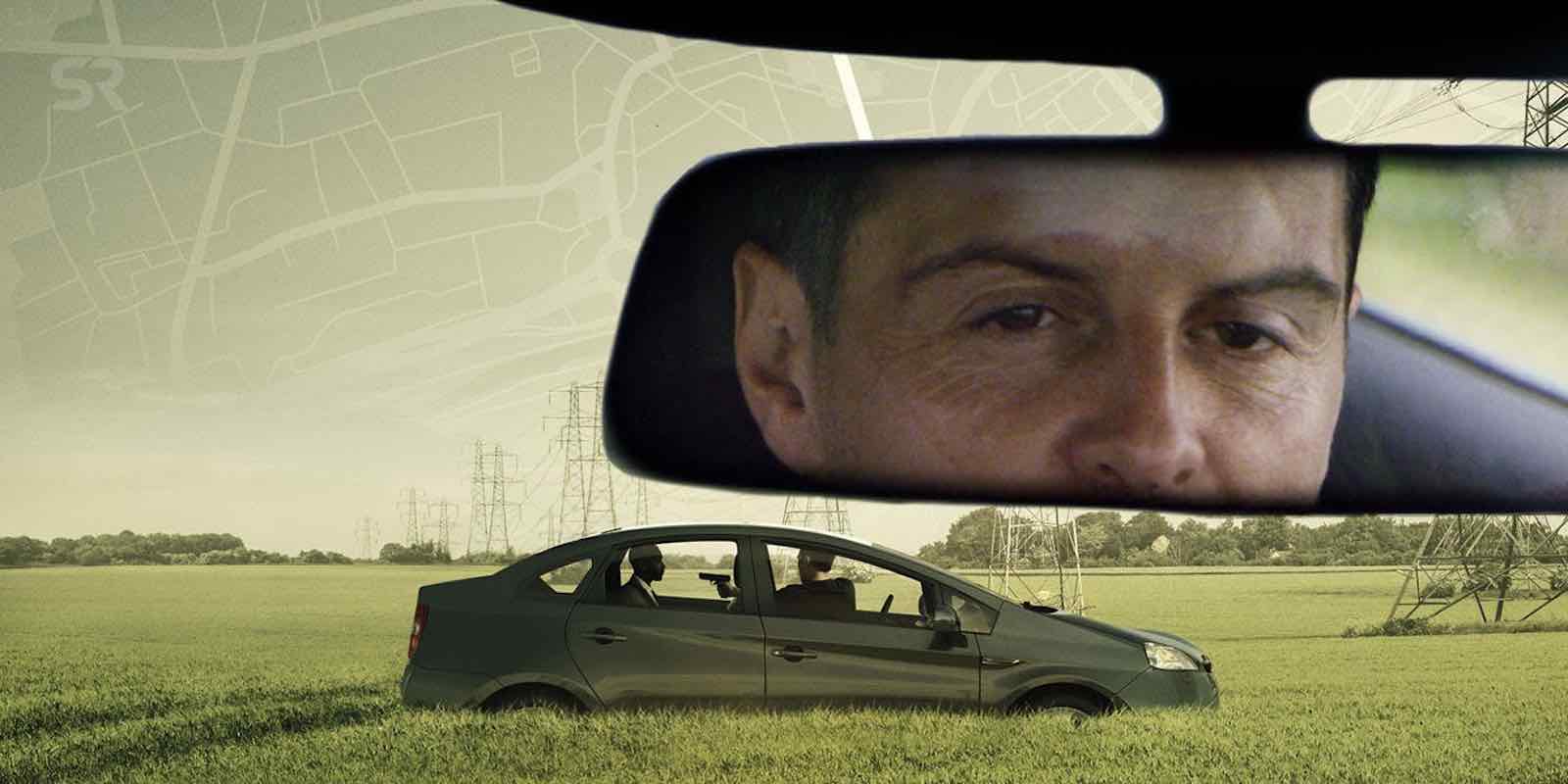 This is the kind of episode that reminds us of how great anthology horror shows can be. Though this episode has the least amount of action, its deep, gripping narrative is the most relatable. Texting and driving is a real-world problem, with over 3,000 people dying in 2017 from distracted driving alone (according to the National Highway and Traffic Safety Administration).

“Smithereens” also features the strongest performances of the season. Even in the crazy world we live in where it feels like everyday can tip into a Black Mirror episode, Brooker and co. still manage to give us the fear that anything could happen to us tomorrow.