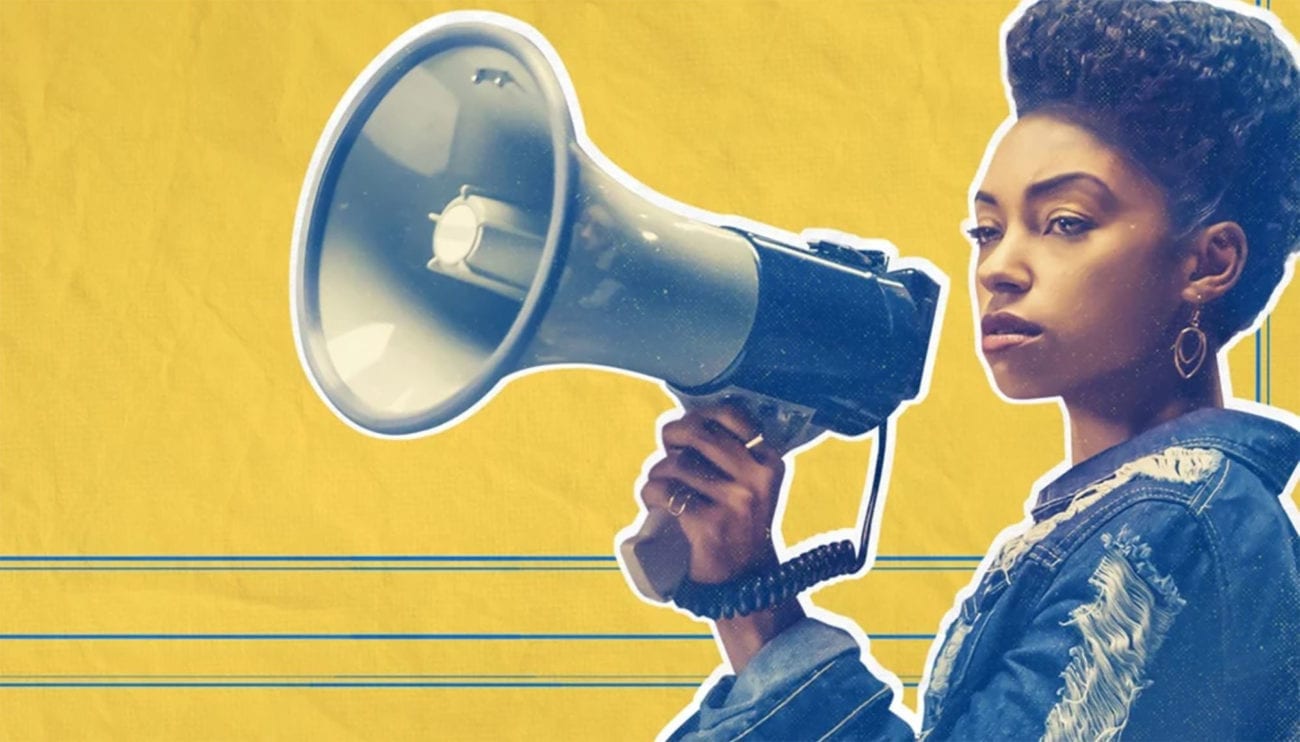 Season three of Dear White People finally came out. The show about a group of students of color at Winchester University – a predominantly white Ivy League college – as they are faced with a torrent of cultural bias, social injustice, and slippery politics. Justin Simien’s Netflix comedy will probably be back with a new set of challenges later this year.

One of the notable features of the show was that it focused on an individual character with each episode. So while we initially thought the series was going to be centered on Sam (Logan Browning) and her radio show, by episode two we had moved on to delve into another interesting and separate experience.

Now that S3 has dropped, we thought we’d take a look at and rank the show’s key characters to refresh your memory of everyone worth knowing about in Dear White People.

He’s not the most detestable person in the world, but from the outset Troy’s painted as a lothario (we later find out he’s been having a two-year affair with the already spoken for professor Neika Hobbs, while also hooking up with his “Marilyn / Jackie” sidechick, Coco Conners).

Troy’s a bit of a golden boy on campus, elected as student body president and the leader of the Coalition of Racial Equality student union, but we can’t help but wonder if it’s all under the control of his father, Dean Walter Fairbank. Hopefully season two will see him take a little more power back.

Yes, she’s cool, she runs her own radio station, and she definitely slays as the leading activist and speaker for the Black Student Union. But she’s also kinda irritating and a pretty sharp edge on the love triangle between her, Gabe, and Reggie. Ouch!

Samantha’s shameful side dude gets a tough time of it after he makes the blunder of putting up a post-coital pic on his social media account and thus breaking the news that the uni’s Black Student Union speaker had been sleeping with a white dude. But he’s definitely a supportive ally to the black students of Winchester Uni and he treats Sam like a goddess (even if he is a bit of a drip).

You can’t help but feel for the shy “paper boy” and his sexuality struggles throughout the show. He’s definitely one to put others before himself and we can all relate to his confused Google soul search. (“Does jerking off to your straight Superman-type roommate make you gay?”)

Joelle is the outspoken, sharp, ambitious, and loyal student who is proud to be a black activist. She always has Sam’s back no matter what the circumstances and always puts other people first. Basically, she’s the badass BFF everyone should have.

While she clashes with Sam and appears to settle with the white community, when the focus turns to Coco, we soon learn she’s one of the most complex characters on the show. We also discover that a lot of her actions and decisions are a result of a traumatic childhood and her reasons for keeping up appearances are both political and personal. We’re looking forward to seeing how her character is explored further in S2.

As another Samantha superfan, Reggie is also the coolest guy on Dear White People. He’s passionate, smart, he stands up for the cause, and he’s a talented poet. What’s not to love?