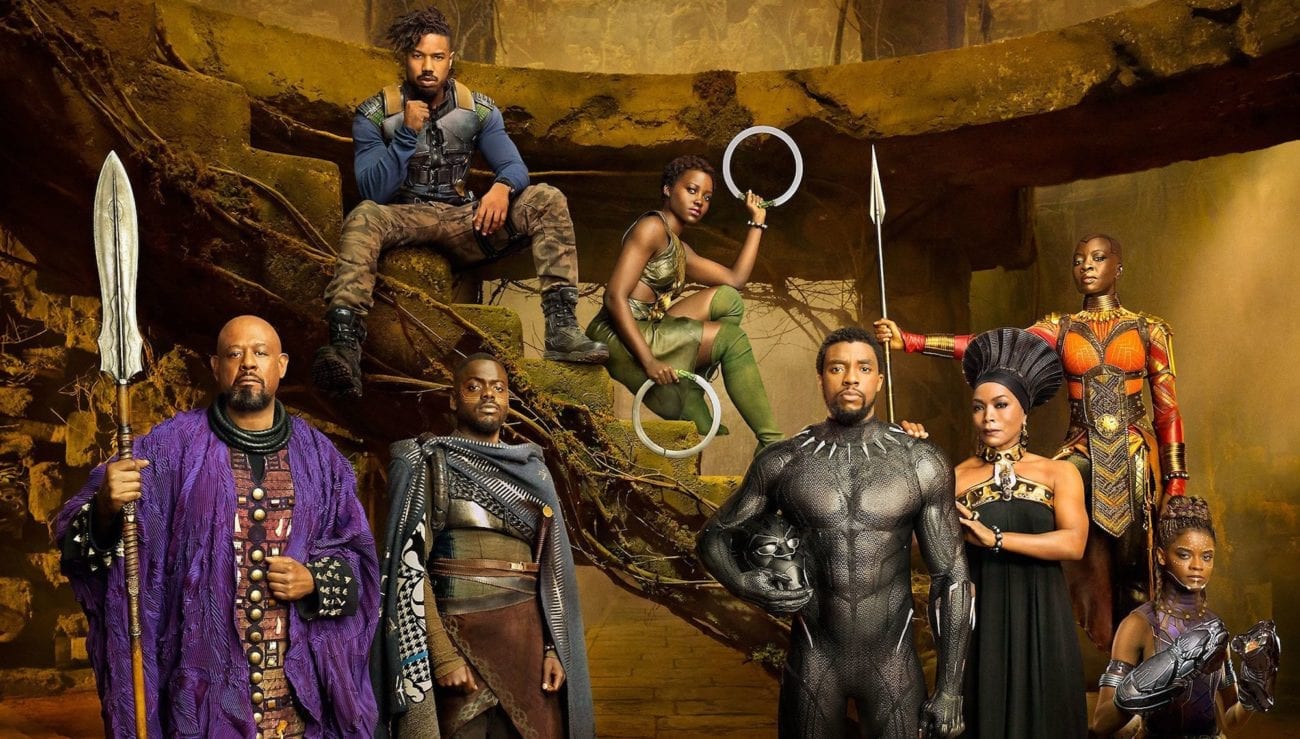 Pow! How superheroes of color pummeled the path for ‘Black Panther’

Smart, strong, rich, and African: Black Panther was a trailblazing Marvel superhero when he was created by Stan Lee and Jack Kirkby back in 1966. As the first African superhero in mainstream comics, the King of Wakanda was an inspiring force, created at a time in American history when civil rights were being fervently fought for and black power movements were gaining momentum.

Fast forward to 52 years after the creation of the comic book character, and Ryan Coogler’s blockbuster take on the beloved superhero finally brought the story to the big screen. Considering how eminently popular the superhero genre has been for movies since the 80s, it’s surprising a Black Panther movie didn’t happen until 2018. So why did it take so long?

A brief history of superheroes of color

It’s worth noting that Black Panther was not the first movie about a superhero of color, but it was the first outing of the iconic Marvel character on screen. In 1977, a blacksploitation movie called Abar, the First Black Superman was released, in which a scientist gives his bodyguard superhuman powers to fight racists.

But it wasn’t until the 90s that superheroes of color were taken seriously enough to be given their own mainstream movies – and that was only after Meteor Man in 1993 and Blankman in 1994 had utilized the idea for comedy purposes.

In 1997, Mark A.Z. Dippé’s adaptation of Todd MacFarlane’s Spawn gave audiences their first glimpse of a black superhero leading a major comic book movie. Martial arts maverick Michael Jai White led the titular role as an undead assassin who is tricked into becoming the “hellspawn” of a demonic army. As such, the movie combined classic comic book beats with a supernatural twist. 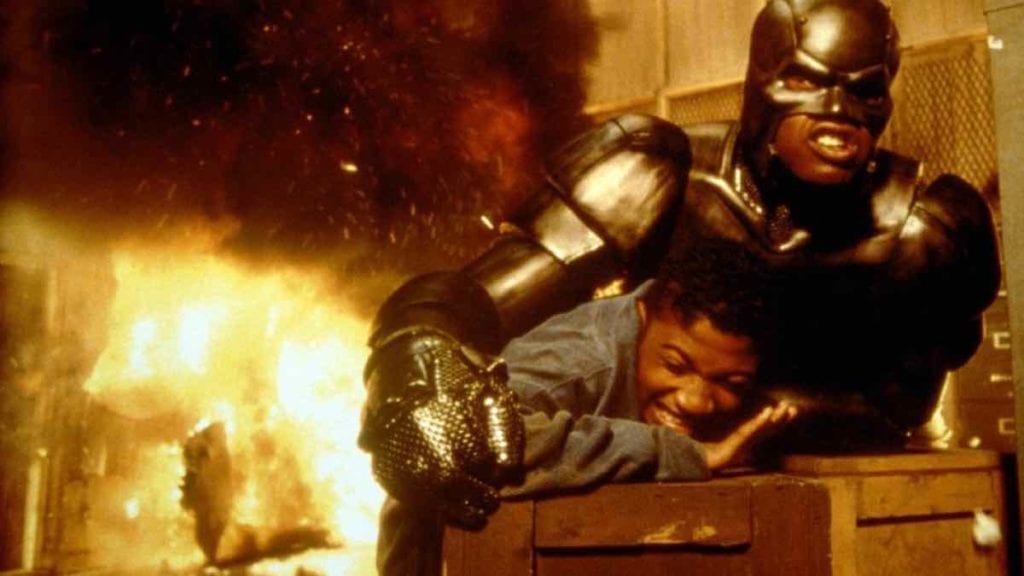 Though it was critically panned upon release, Spawn remains a cult favorite – one that deserves to be remembered, if nothing else, as providing a pioneering portrayal of a black superhero who wasn’t defined by his skin color. Speaking to Mic in February, White reflected on why this fact makes him so proud of Spawn: “I played a character who happened to be black. I think by far that’s more impactful in the world. It shows [race] makes no difference. It’s about what the character does.”

That same year, Shaquille O’Neal starred in Steel, an otherwise forgetful superhero movie in which the ex-basketball star played a former army scientist in a suit of steel, fighting Judd Nelson (The Breakfast Club) across Los Angeles. In 1998, however, Stephen Norrington’s Blade followed Spawn’s crimson cape by presenting another powerhouse superhero who wasn’t defined by his skin color.

Launching the new era of the Marvel Cinematic Universe

Like Spawn, Blade also blended classic comic book beats with supernatural twists to tell the story of a half-mortal vampire hunter out to avenge the murder of his mother. Starring Wesley Snipes in the lead role, the movie made $131 million dollars worldwide for New Line Cinema, and was enough of a box office hit that it launched a trilogy.

The success of the movies, made from a relatively unknown comic book series, are what many consider to be the inspiration point for what has now become the Marvel Cinematic Universe. Marvel President Kevin Feige even expressed how the success of Blade was one of the “things that sort of launched ‘the modern era’ of Marvel and made him realize, ‘It doesn’t matter how well known the character is, it matters how cool the movie is.’”

And yet prior to Blade Snipes struggled to get a movie made about Black Panther, an arguably well-known character ready and waiting for a cool movie to be made about him. 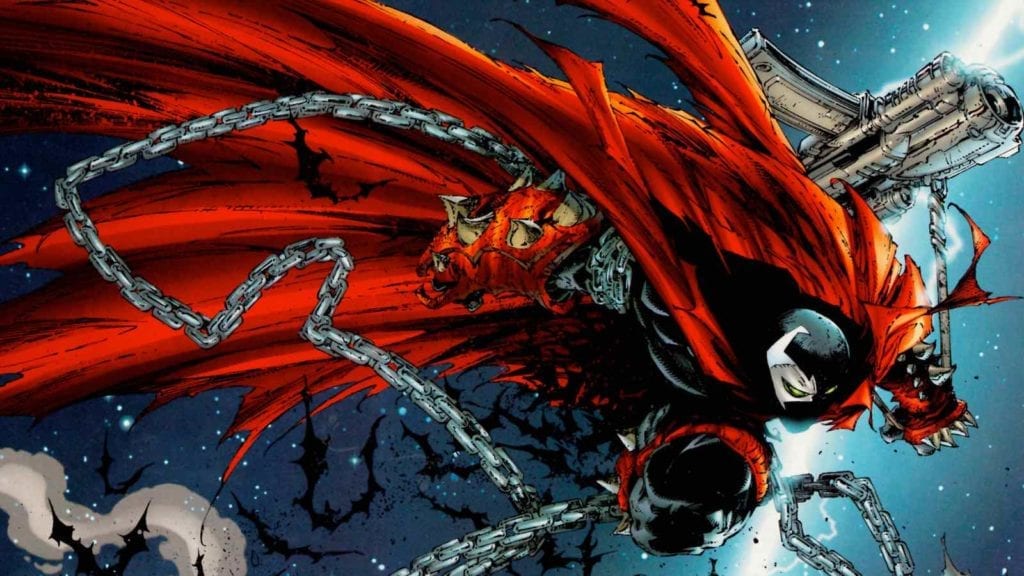 The 90s Black Panther movie that never was

At the peak of Snipes’s 90s popularity and power following his performance in movies like White Men Can’t Jump and Demolition Man, the actor was approached by Marvel for a Black Panther project. In a recent interview with The Hollywood Reporter, Snipes revealed that while everyone was supportive of the project, ultimately they “couldn’t find the right combination of script and director”.

They also realized “the technology wasn’t there” to capably achieve the full scope of action featured in the Black Panther comic books. Snipes revealed a further initial issue was convincing “the uninitiated” Black Panther had no relation to the civil rights revolutionary group of the 60s with the same name. “They think you want to come out with a black beret and clothing and then there’s a movie.”

After the film stalled, Snipes pursued production on Blade, and the Black Panther comic books received a resurgence with the release of 1998 Marvel Knights line, which offered a modern take on the story.

Then, in 2005 it was announced Black Panther would be one of ten movies developed by Marvel Studios as part of their Cinematic Universe. It might have taken thirteen years to finally see the finished product on screen, but if glowing reviews and colossal pre-sales are any indication, it seems the movie could be worth the wait.

The future of superheroes of color

Black Panther looks set to smash the domestic and international box office upon release, which could provide some financial proof as to the benefits of diverse storytelling. TV shows like Netflix’s Luke Cage and The CW’s Black Lightning provide a narrative platform to black superheroes on the smaller screen, suggesting the current media landscape feels open to diversifying narratives.

A new Spawn movie is in development, while a fourth Blade movie is continuously rumored to be joining the roster of the current Marvel Cinematic Universe, both of which will give fans opportunity to revisit two crucial cinematic projects that helped push for diversity in superhero movies.

With fans currently rallying behind a potential standalone movie for Valkyrie, Tessa Thompson’s hugely popular queer warrior from Thor: Ragnarok, we may finally also see a woman of color leading her own superhero movie within the next few years. Whether the current momentum of movies involving superheroes of color can be sustained and utilized for the years to come remains to be seen, but right now it seems that black superheroes are go!