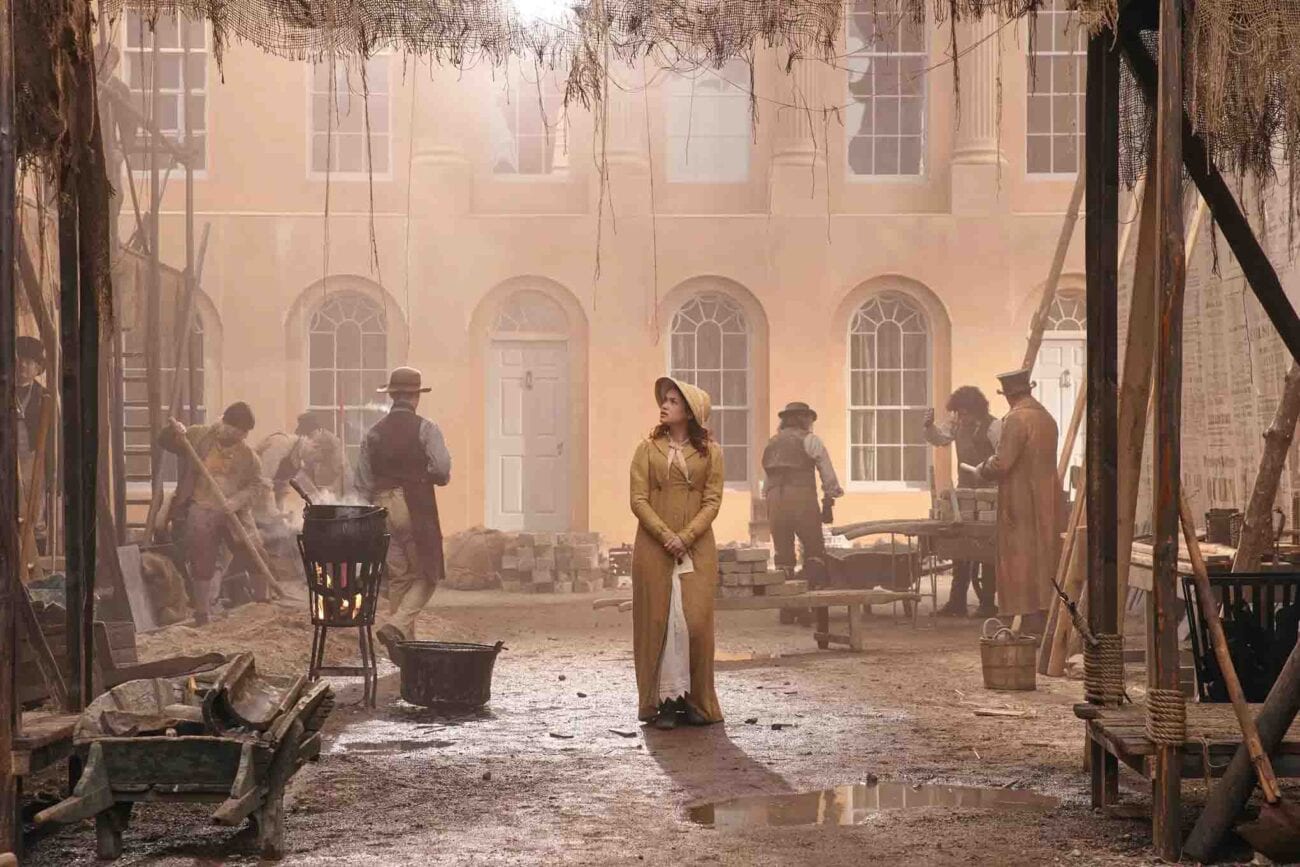 What’s going on with the ‘Sanditon’ cast lately? Everything to know

Fans of Sanditon aren’t ready to relinquish the show to the list of unfair cancellations, and neither are the people who have made the show. Writers, producers, and even the actors have all said they’d love to see the show get another season, so that the story isn’t left with such a sadistically heart-wrenching end.

Many of members of the cast and crew who have worked on the show have even taken part in Sanditon Twitter events – either live tweeting during a watch party or answering questions. The latest answerer of questions was writer Justin Young.

Young helped bring the characters to life and the fans had a litany of questions for him – luckily he had answers. There are dozens of tweets available for perusal, but we thought we’d go ahead and share some of our favorites right here.

About the beach art

One of the Sanditon Sisterhood’s most impressive efforts so far has been employing an actual artist to create a wonderful beach mural on one of the beaches the cast and crew used for filming.

Much to everyone’s delight Justin Young has assured fans that the mural was great publicity.

We had a brilliant historical adviser we could go to, and an Austen adviser, but otherwise it was the script team who researched as we needed it. #AskJustin https://t.co/TTEOSoGVeb

The making of the show

Filming out of order feels like one thing – you can always check the scripts to see where you are in the timeline – writing out of order though? That seems like an impressive skill as far as we’re concerned.

All options are on the table. Nothing's been decided. Out of our hands. #AskJustin https://t.co/vmYtVeeLf1

Options on the table

Of course the one thing on all Sanditon fans’ minds is whether or not we’ll ever get to see more of the show. Justin Young assures everyone that no options are off the table yet and that while it isn’t something he has control over, there haven’t been any decisions made yet. Which is sad, but it also means there haven’t been any rejections yet. He also later says he would “absolutely” love to see Sanditon return for a second season because he “hate[s] to leave a job unfinished”.

Well see, we hadn’t noticed, but now we won’t be able to stop thinking about it.

The most important thing for a good character is some kind of internal conflict – what they want and what they need shouldn't be the same thing. #AskJustin https://t.co/AsvVDrJ57s

We love this tweet because while it isn’t necessarily super Sanditon related – though it does shed light on why the cast of characters are so complicated & interesting – this tweet is just great writing advice.

Plans made but not in motion

This tweet gave us a thrill, because despite the show not yet being saved it really shows that the creators don’t want to give up yet either and that is great news.

I don't think so. I think the mood just overtook him. #AskJustin https://t.co/t7OdwyEDwd

Overtaken by the mood

This tweet spoke to our little shipper hearts. We had always kind of thought Sidney had taken her out of the way on purpose to kiss her – but taking her out of the way merely to spend time with Charlotte and then realizing “oh no I’m going to kiss her” is honestly even better than we originally thought.

Honestly, you've all done an amazing job and it's been noticed by all the right people. We've all been working hard our end to make it happen too. There are so many different things that need to come together to make it happen, but we'll all know we did all we could. #AskJustin https://t.co/wSv9sYrfhG

Another bit of hope

We can’t help but indulge ourselves with all the little bits of hope Justin Young provided us. We love insights into the show’s making and the story itself, but this is what has us clapping in front of our computer screens.

I think she made the mistake of being rude about his family and that was a red flag for him. #AskJustin https://t.co/RKzqGcwDux

Why did Sidlotte start on the wrong foot?

We kind of figured it was something like this, but to have the words to explain this incredibly awkward scene is very useful. The fact Charlotte goes off on Sidney’s family right in front of him – after just meeting – would probably astound most people even today. While Sidney is the “rough around the edges” character, it doesn’t mean Charlotte is perfect – that’s what makes them both such great characters.

Thank you. The dance scene is about them lowering their guards and seeing each other properly for the first time. And the boat as you say is all about how she offers the balance he needs. #AskJustin https://t.co/ZbeWs3joqY

We love this little insight into two of the most iconic Sidlotte scenes we have – now we have to go rewatch them.

Writing until your fingers bleed

We thought seven drafts were quite a few, but twenty-five drafts for a single episode of Sanditon?! It just shows how much love, attention, and care went into creating this show.