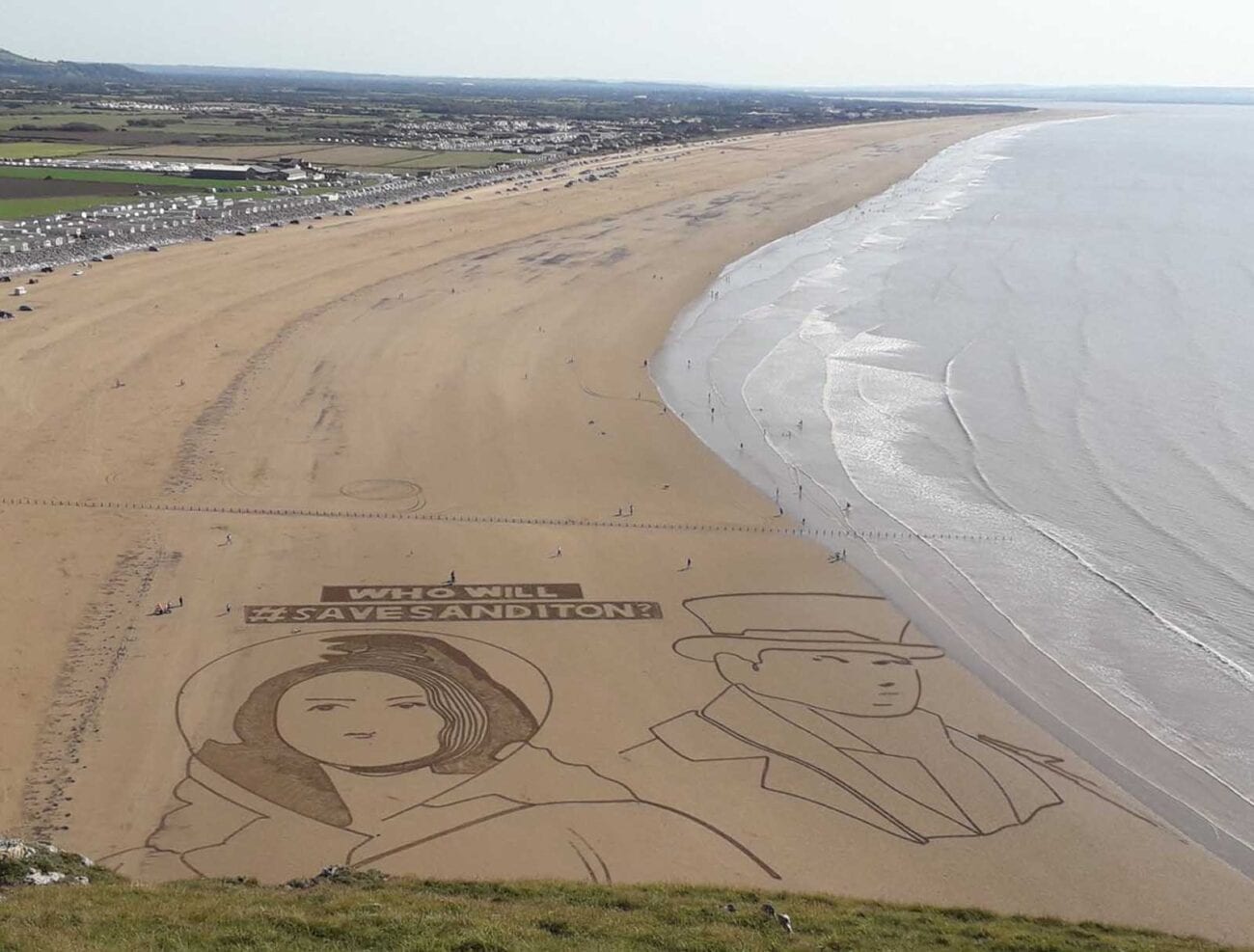 The Sanditon fandom has been vocal about their desire to see the story they’ve fallen in love with get finished after they were told the show was canceled after only one season. The fandom, who has dubbed themselves the Sanditon Sisterhood has gone to impressive lengths to prove to any potential studios that there are fans of the show willing to support it.

Rather than dwindling in numbers as the months drag by with no news of a season 2 renewal, Sanditon fans have been growing in strength. Fans of the show from day one have become even more determined to help it, and new viewers are stumbling across the Sanditon, falling in love, and joining the fight to see the story get finished.

From coordinated mass email campaigns to unrelenting activity on social media hashtags (both #Sanditon & #SaveSanditon), the fans of Sanditon are proving they are large in numbers and some of the most loyal & dedicated around. Their latest media stunt has proven they’re willing to go to great lengths to see their show come back.

And here it is, the #SaveSanditon Stunt artwork completed.
Cue all Hints! 😍

Picture made from the cliff, by one of the amazing volunteers. You are stars! 🌟

When we get the drone footage & pictures, we'll share them of course! Here (& there = 🗞📺 📻)!#Sanditon #SanditonPBS pic.twitter.com/qNlaGtZwtG

The fans of Sanditon want studios to know that it will be more than worth their while to give the show a second season. They hired sand & snow artist Simon Beck to create a massive sand mural on Brean beach, one of the filming locations from the show’s first season.

While they're shading Charlotte's hair & the text, Simon is ploughing his way through the slightly dangerous sands to create Sidney. 🎩 being a stick in the mud 🙃 pic.twitter.com/mVUV67FsbB

The mural is incredibly big (and beautiful), though it can be hard to tell until you see this drone footage that includes some of the volunteers assisting with the artwork. The temporary nature of the artwork feels a little symbolic considering the show itself was gone far too soon.

The mural’s enormous scope feels symbolic as well – Sanditon has had an incredible impact & this artwork showcases it, as well as the sheer amount of effort fans are willing to undergo to get the series renewed.

Simon Beck, holding his plan to create the spectacular sand art for our #SaveSanditon Stunt.

The b&w #Sidlotte image (made by our own sister @outlanderfan_nl) was the kernel of the artwork. Simon translated it into a #Sanditon drawing that could be made in between the tides.🌊 pic.twitter.com/MZ1E15fADv

Beck, the artist commissioned to create this massive artwork, is known for creating beautiful images in both snow & sand. His works are always breathtakingly large, intricate, and gorgeous.

📻 Hear more about why campaign group #Sanditon Sisterhood commissioned him to do it https://t.co/keM4CDXdmy pic.twitter.com/NueX4OCeOh

The point of this #SaveSanditon sand art was to make studios aware of the Sanditon series if they weren’t already, as well as show them that the fandom is loud, dedicated, and large.

What better way to do this than to attract the attention of all the media?

So far, the plan appears to be working. Mainstream media outlets are writing about the sand art, and news of the act is spreading. Now, all we need is for a studio to think: “Hmm, maybe we should produce the second season?”