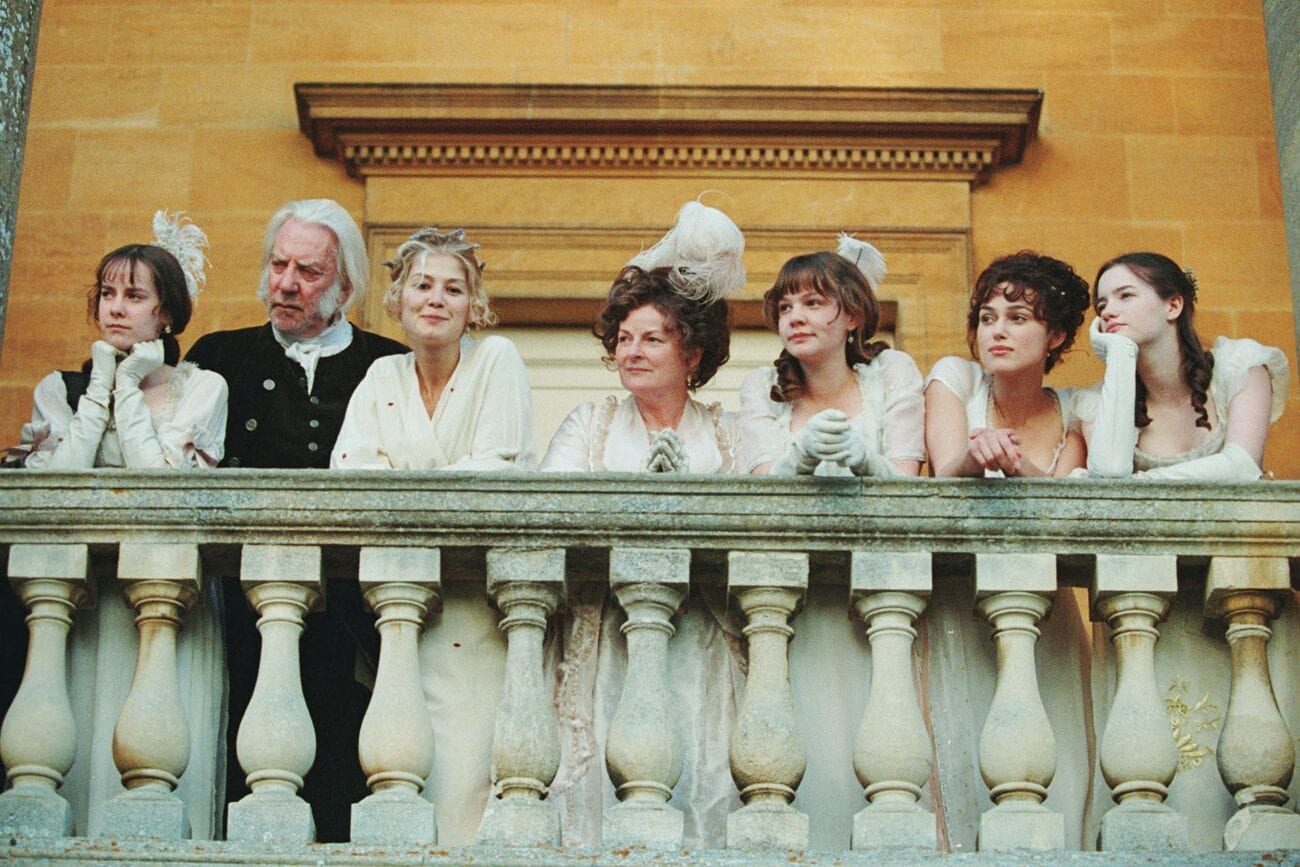 Jane Austen, while she was not the most prolific writer, has a very respectable seven titles to her name if you include the unfinished Sanditon novel. Since then her works have been adapted time and again with various takes and twists. Television and movies have taken to retelling her stories rather frequently, likely due to both her continued and timeless popularity and the fact her stories are in the public domain.

Our current obsession with Sanditon has us itching to look at the various adaptations of Austen’s works and ranking them. Granted, it’s hard to find a truly bad version of any of her stories since the source material is so great, but opinions must be made and we’ve made a list.

However, due to the sheer number of adaptations we’ve been forced to pick and choose which versions even get to be on the list. So, we’ve narrowed down the criteria to period pieces which share the names of Austen’s novels – sorry Clueless and Bridget Jones’s Diary, you don’t make the cut for either requirement. 😭 We also searched for works based on all of her books, because Pride and Prejudice has a long list all on its own. 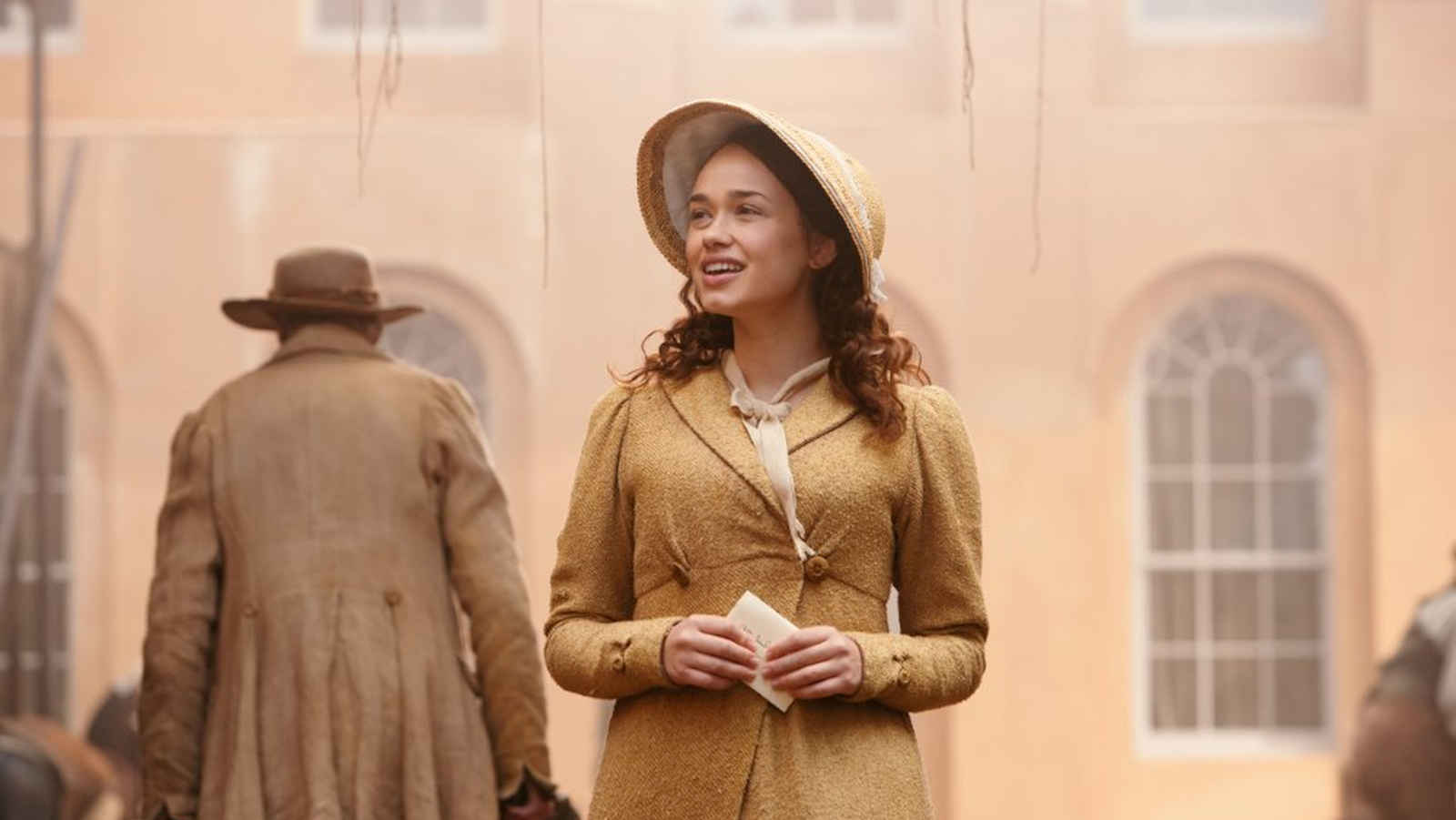 We couldn’t put Sanditon anywhere but at the top of the list, because it has sparked such a large movement of unyielding passion from its viewers. Regardless of whether it’s technically perfect or not, it is clearly a fan favorite and has enthralled viewers around the world with its storytelling, characters, and writing.

We could wax poetic on why this show is so great for awhile, but we’ve done it many times already so we’ll spare you – for now.

Sanditon is also unique in that not many adaptations have been made from it since it was never finished. 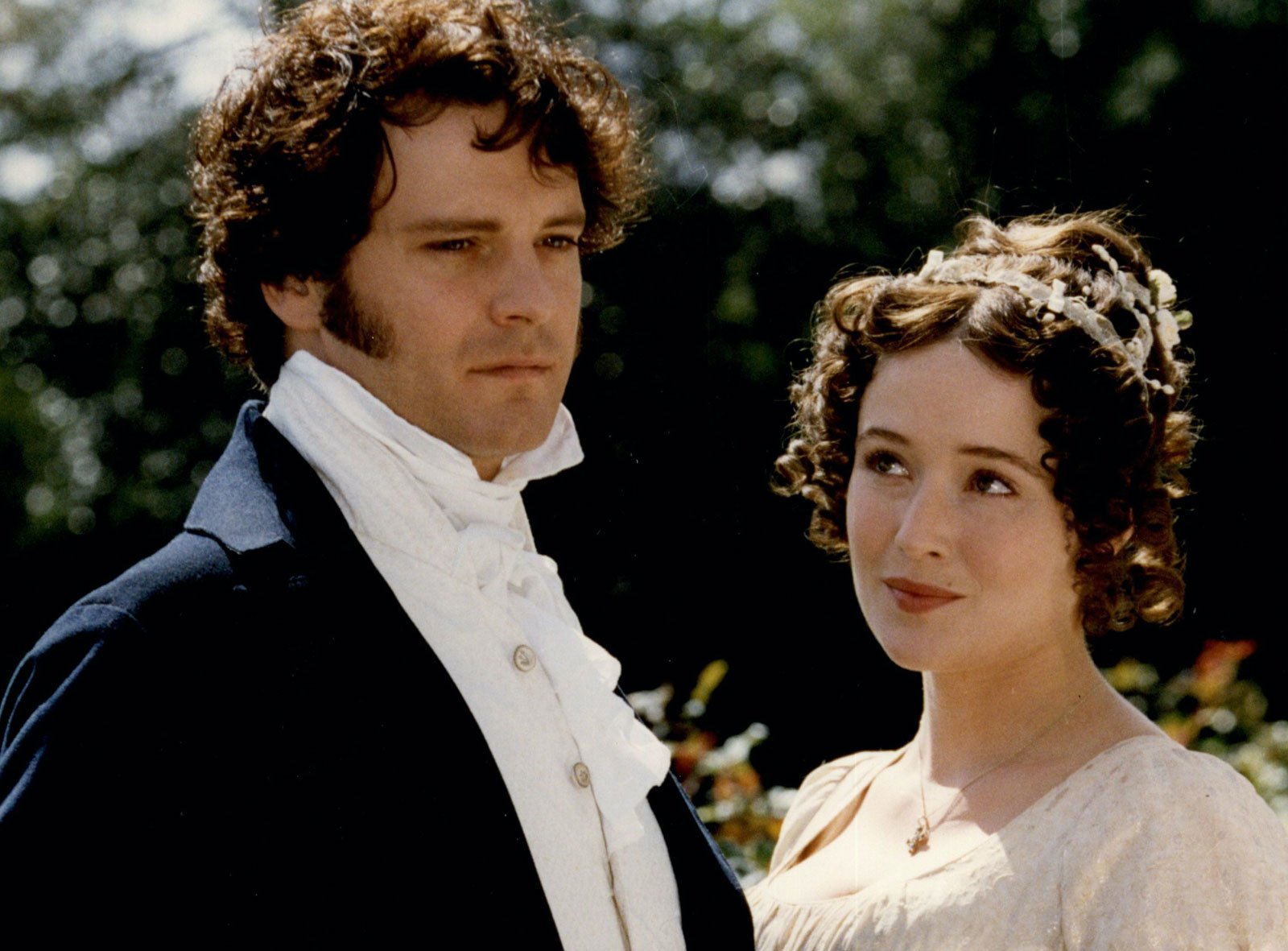 There are so many Pride and Prejudice adaptations it feels pretty impossible to pick just one and say this is the most worthy of being on the list. But we did it anyway. Was Colin Firth a major factor in this decision? Perhaps, but you can’t prove it. This adaptation is possibly one of Austen’s most iconic.

Another merit besides the wet white shirt scene Firth so generously provided us in this adaptation, is the fact it’s a miniseries. Rather than rushing all of the storylines to fit into a movie, there are six episodes which allow the story we know and love to play out accurately and in a well-timed manner.

If you are one of the people who prefers the 2005 Keira Knightley movie we defend our decision to include the 1995 adaptation and not the 2005 one, because IMDb rates the miniseries an 8.9 and the movie as a 7.8. 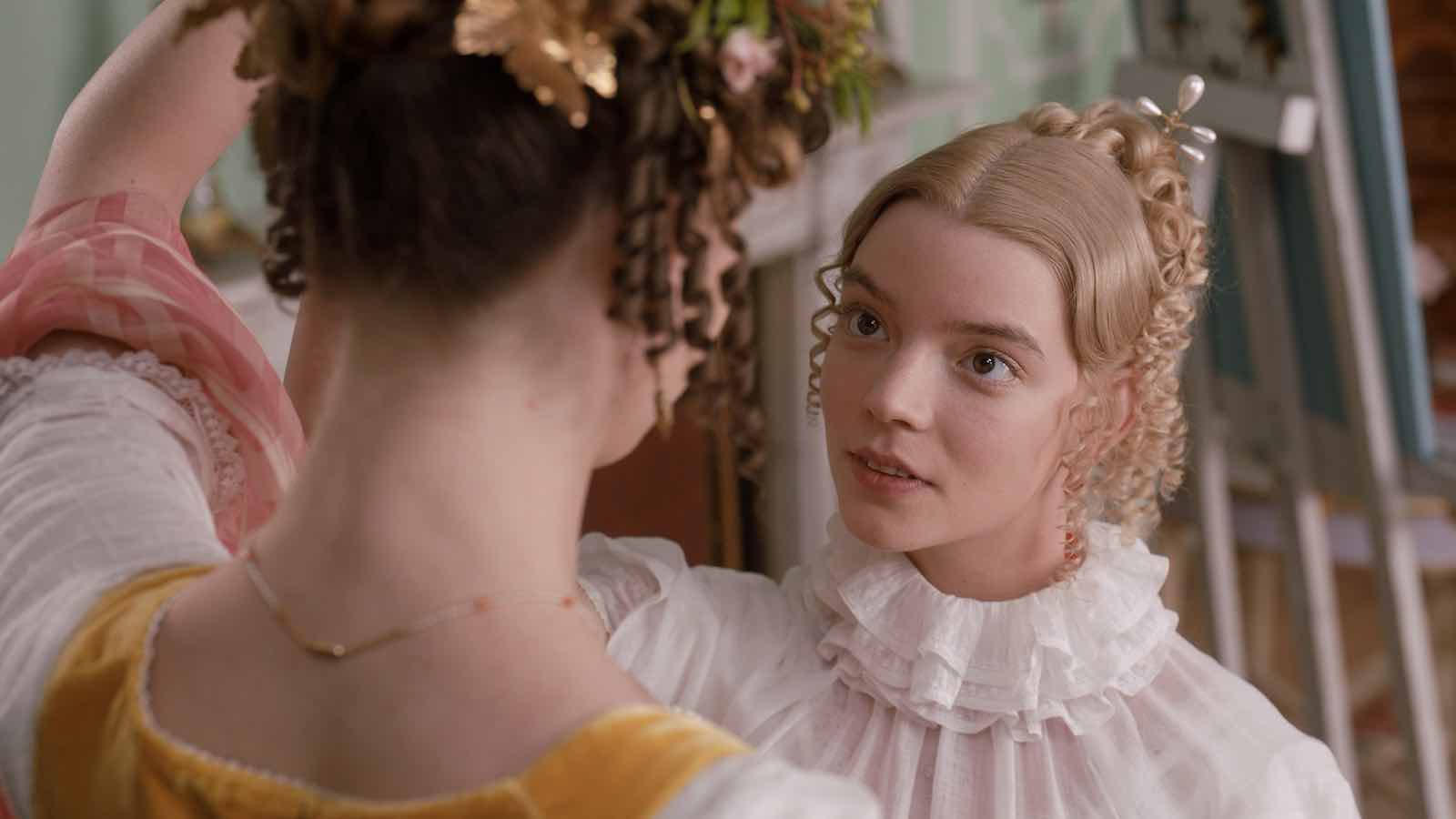 Deciding between the 2020 version or the 1996 version was no small task. Both appear to have rather similar tones. It is a comedy afterall, but that makes Emma a gem overall. Most period pieces tend to the dramatic, so a period comedy is delightful.

The 2020 version, however, has a more fun color palette which makes for a better viewing experience, and the costumes are a bit prettier.

While the 1996 movie does boast Gwyneth Paltrow as the title character, her accent isn’t quite as good as Anya Taylor-Joy’s. Taylor-Joy spent half her life growing up in England, so her accent is much more natural feeling than Paltrow’s learned accent. 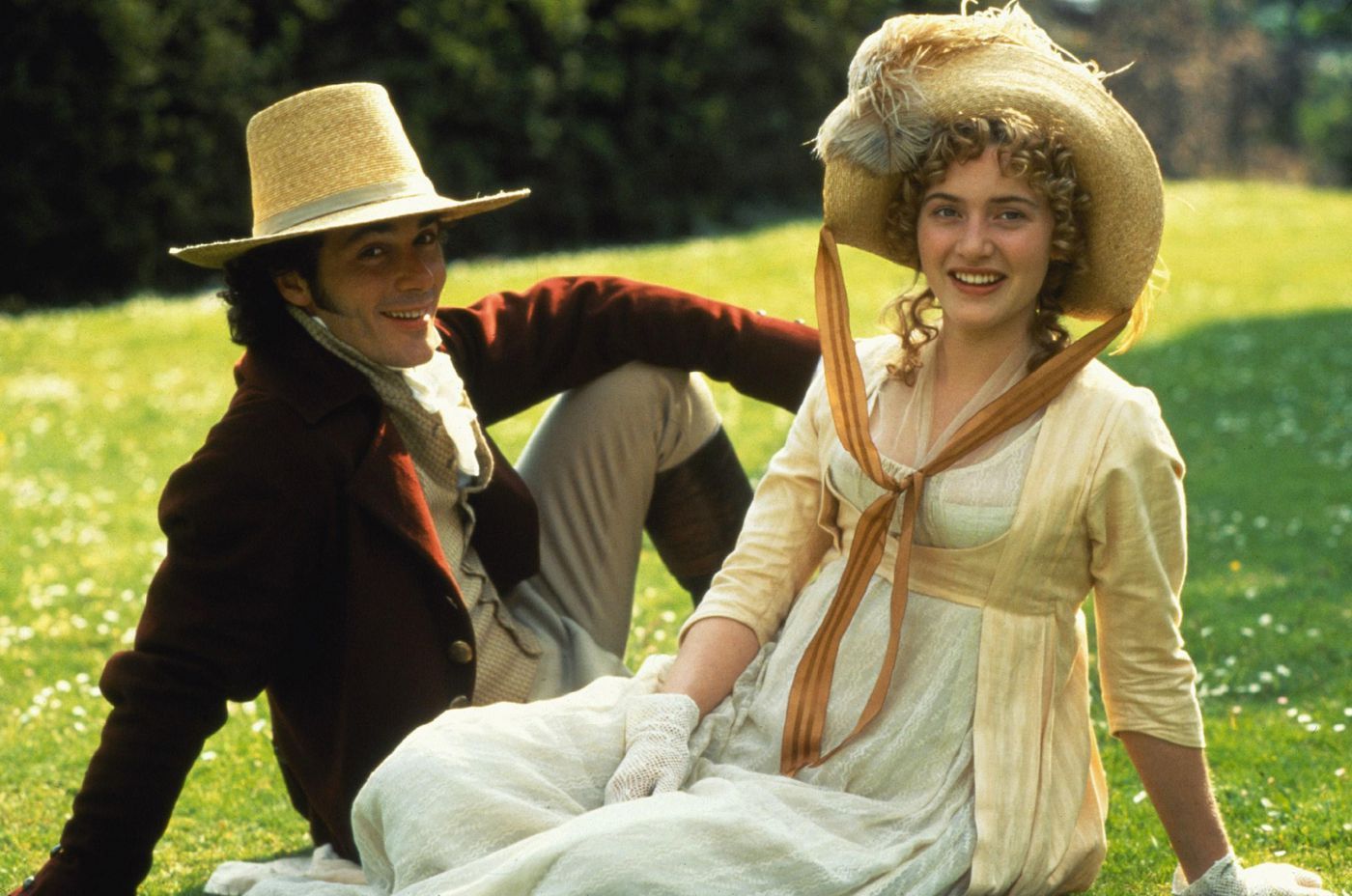 This movie starring Emma Thompson, Kate Winslet, and Hugh Grant is sweet, earnest, and endearing. Not to mention it’s fun to watch a star-studded cast when they were so much younger.

This movie is rated a 7.6 out of ten on IMDb which is admittedly slightly lower than the Sense and Sensibility miniseries from 2008, however, we prefer the movie for its cast and the fact it feels a little less campy. Not to mention this version won an Oscar.

However, this movie sits firmly in the middle of the pack on this list because while it is a fun watch, it doesn’t have the same spark as some of the higher-ranking ones. 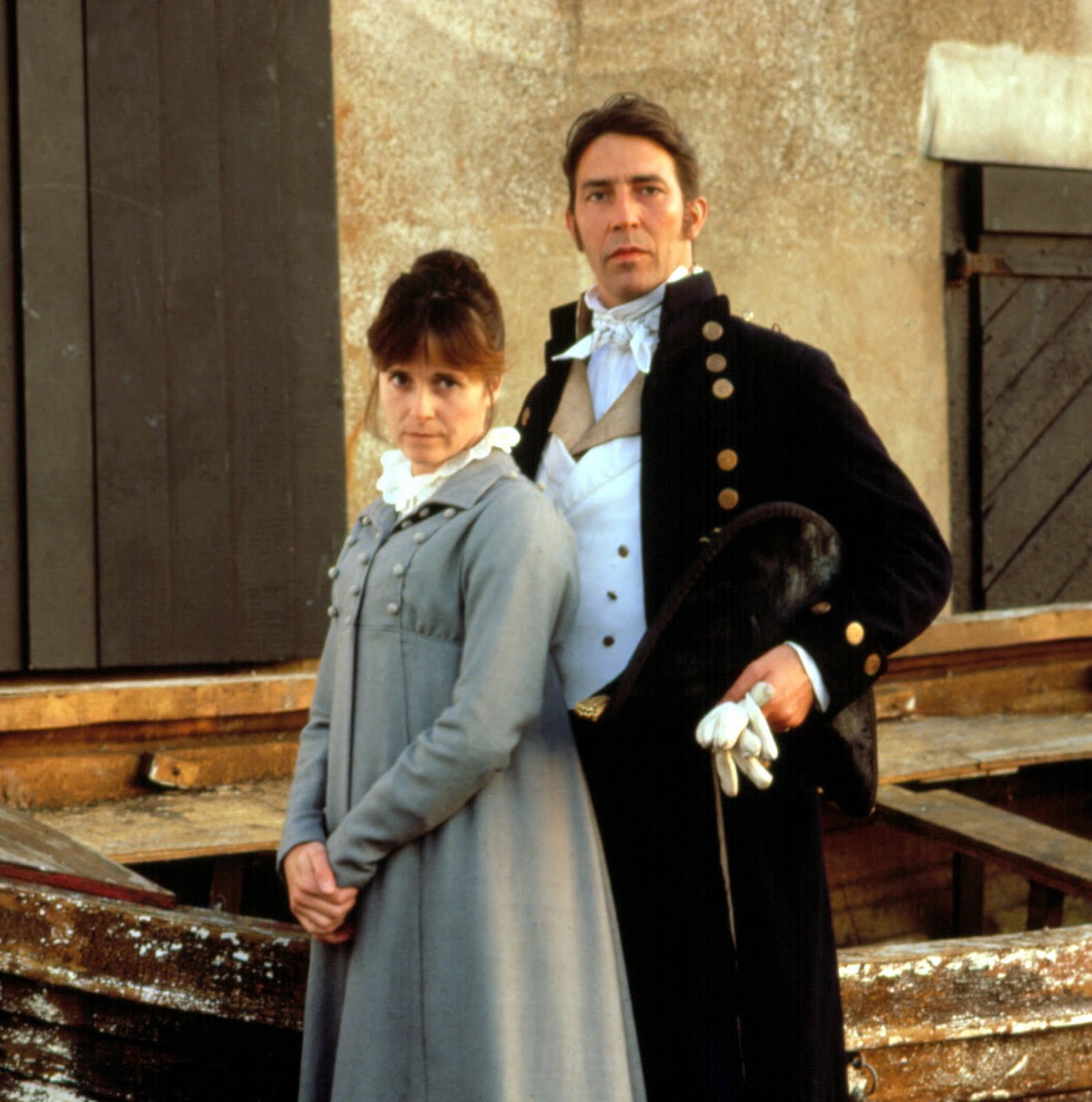 1995 was truly the year of Austen adaptations. There aren’t many versions of Persuasion around and frankly, we wouldn’t mind seeing another one made in the hopes that perhaps a new one could do the story justice. This movie is awkward, stilted, and too cheesy even for our tastes.

Pride and Prejudice and Zombies (2016)

Okay, while you may think this one breaks from the stipulation of sharing a title with Austen’s books, technically it does share a name – it’s just been lengthened. Honestly though, how could we possibly write a ranking of Austen adaptations and not talk about this movie?

This is the worst Jane Austen movie around. We hesitate to even relate it to Austen. While the movie is refreshingly feminist and does boast both Lily James and Matt Smith, we think Austen nearly rose like one of the zombies in this film in order to slap around whoever wrote this script.

The creators of this film could have just as easily renamed the characters & film and called this an original movie, rather than attempting to tie Austen to this gory and strange period piece. It likely would have been more well-received if they had done this.