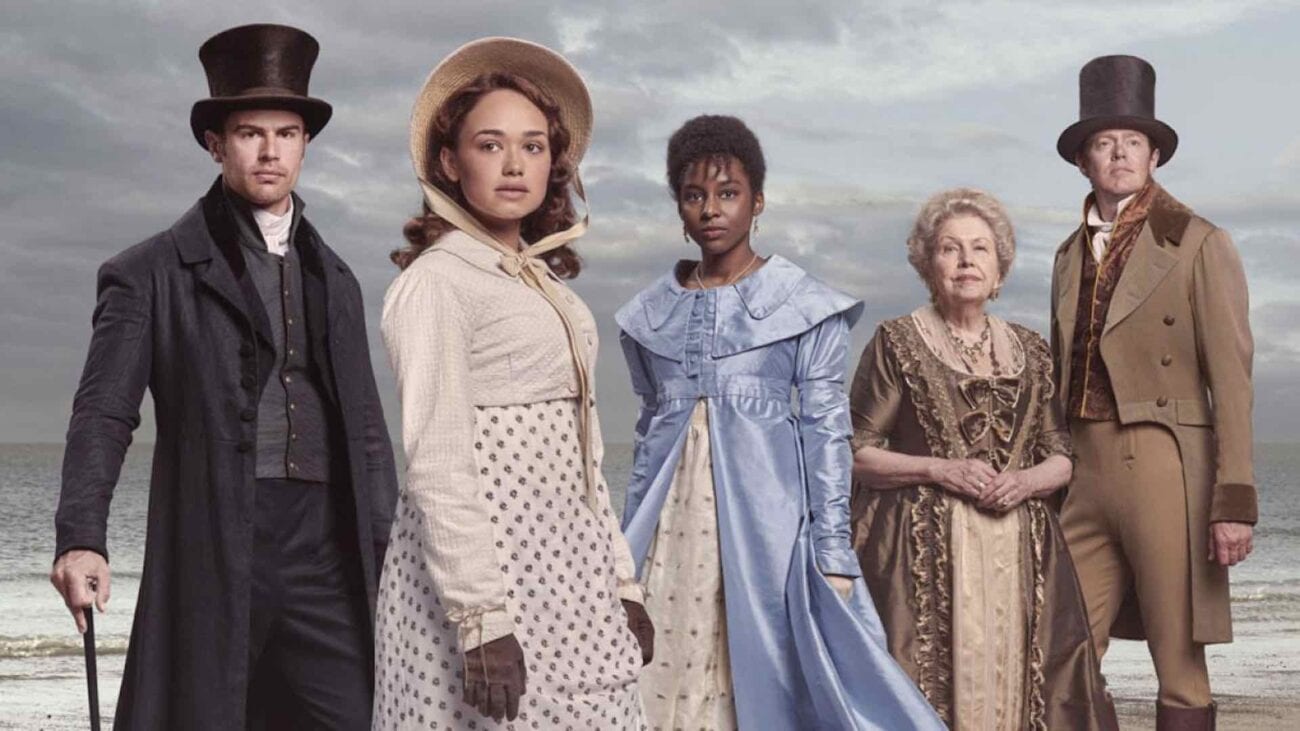 Along with making the show Sanditon easily accessible to viewers in the United States, Masterpieces PBS also provided fans with some great off-set segments with the cast – whether it be behind the scenes details or fun interview questions they have clips which help us fans better get to know the people who have brought the magnificent Sanditon characters to life.

Their YouTube channel has lots of fun & quick clips of the cast answering questions and talking about their experiences on set, but rather than sift through all of Masterpiece PBS’s videos we’ve picked out the Sanditon ones and now have the best ones for your perusal, we hope you enjoy.

Sanditon is a show about a little beach resort town in England, so fans have a penchant for thinking of the town as a warm lovely place for sunbathing. However, it’s England – not only is England not a very warm or sunny place to begin with, but it certainly isn’t when you’re filming in March.

The cast talks about how it was somewhat brutal to film the water scenes for Sanditon when it was cold & cloudy, and they were seriously lacking clothes.

Rose Williams, Theo James, and Crystal Clarke play a few rounds of would you rather. This video shows not just how well they get along, but allows viewers to get to know the actors just a little bit better.

The video is filled with fun questions and a few silly answers, though the actors do seem to answer them honestly – even if that means answering “neither”.

Also, thanks to James, we’re now hoping there’s a Young Stringer and Sidney Parker fanfic somewhere on the internet.

Theo James and Rose Williams discuss what it was like to do the ballroom dancing scenes. While they say it was extremely hot, somehow even the behind the scenes footage makes the event look rather glamorous.

Williams and James also give some insight into the scene where they dance together which is well worth a watch.

James provides his understanding of the character he brought to life in Sanditon and how important Sidney’s character arc is.

We’re also given a few behind the scenes clips where we can see what the filming of certain scenes looked like.

Williams discusses how horribly sad the season one ending of Sanditon is, how it’s important for Charlotte as a character, as well as how she hopes Charlotte gets to continue to grow. (Season two anyone?!)

The cast on Jane Austen and the show

The cast talks about what they admire about Austen’s writing as well as the new modern take on her works in Sanditon and how they go together so perfectly.

Making the show a little more modern is true to Austen because she was a modern woman for her time.

Williams and James on Sidlotte

The actors admit the dynamic between Charlotte and Sidney is somewhat like that of Darcy and Elizabeth, but with their own misunderstandings & miscommunications. The two stubborn characters just become more stubborn when met with each other.