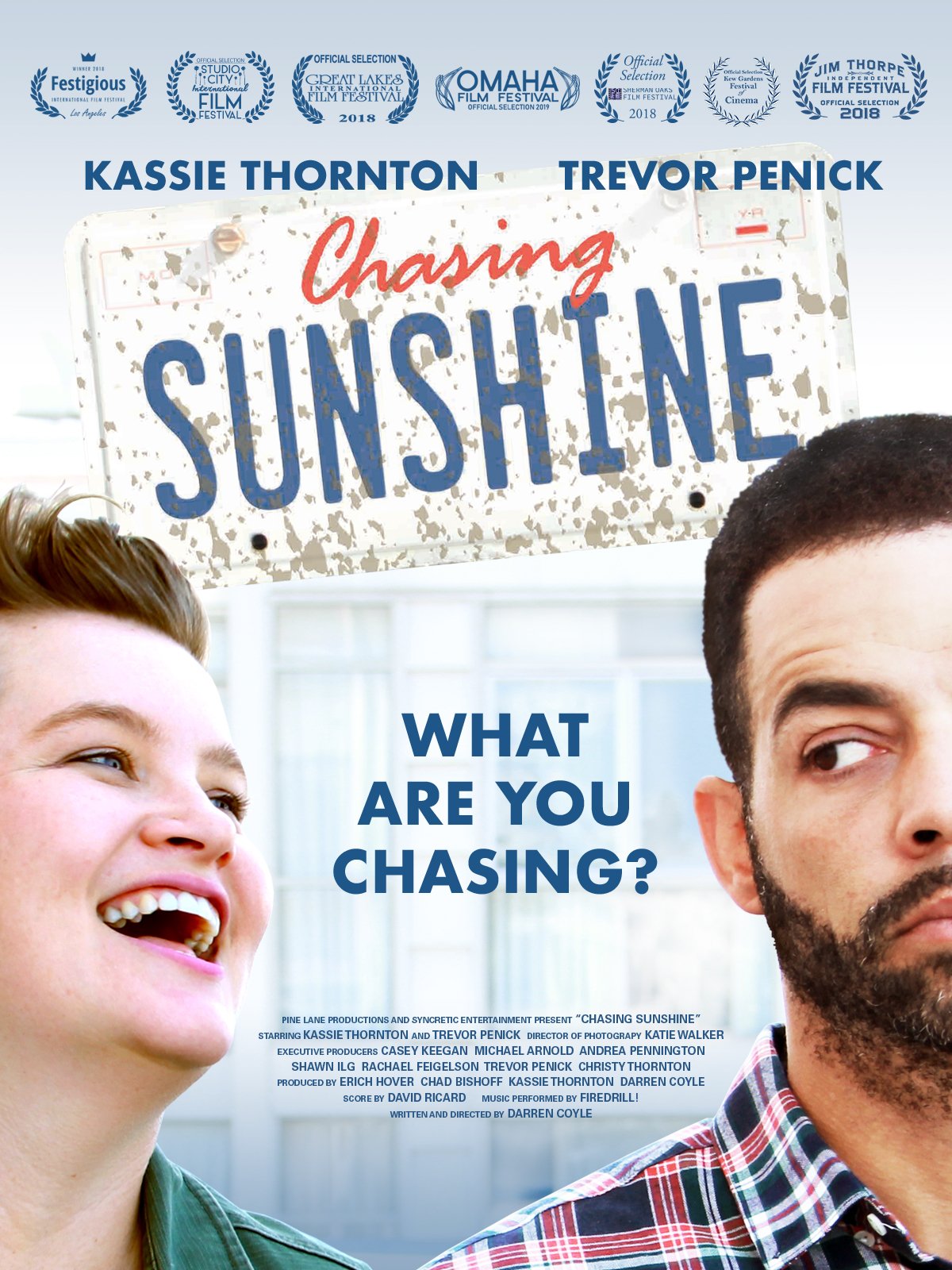 Darren Coyle has spent over a decade working in the TV business, but with his first feature Chasing Sunshine, he’s looking to change his story in Hollywood. Full of a desire to tell unique, compelling stories, Coyle is looking to make his mark on the feature film industry.

Since he was in 4th grade, Coyle has been creating  in one way or another. Whether through writing, theater, or acting, Coyle lived his life as an artist. It’s clear that first and foremost, he is a storyteller looking for a chance to change people’s lives through the stories he tells.

We spoke with Coyle about Chasing Sunshine and his venture into the world of feature film. 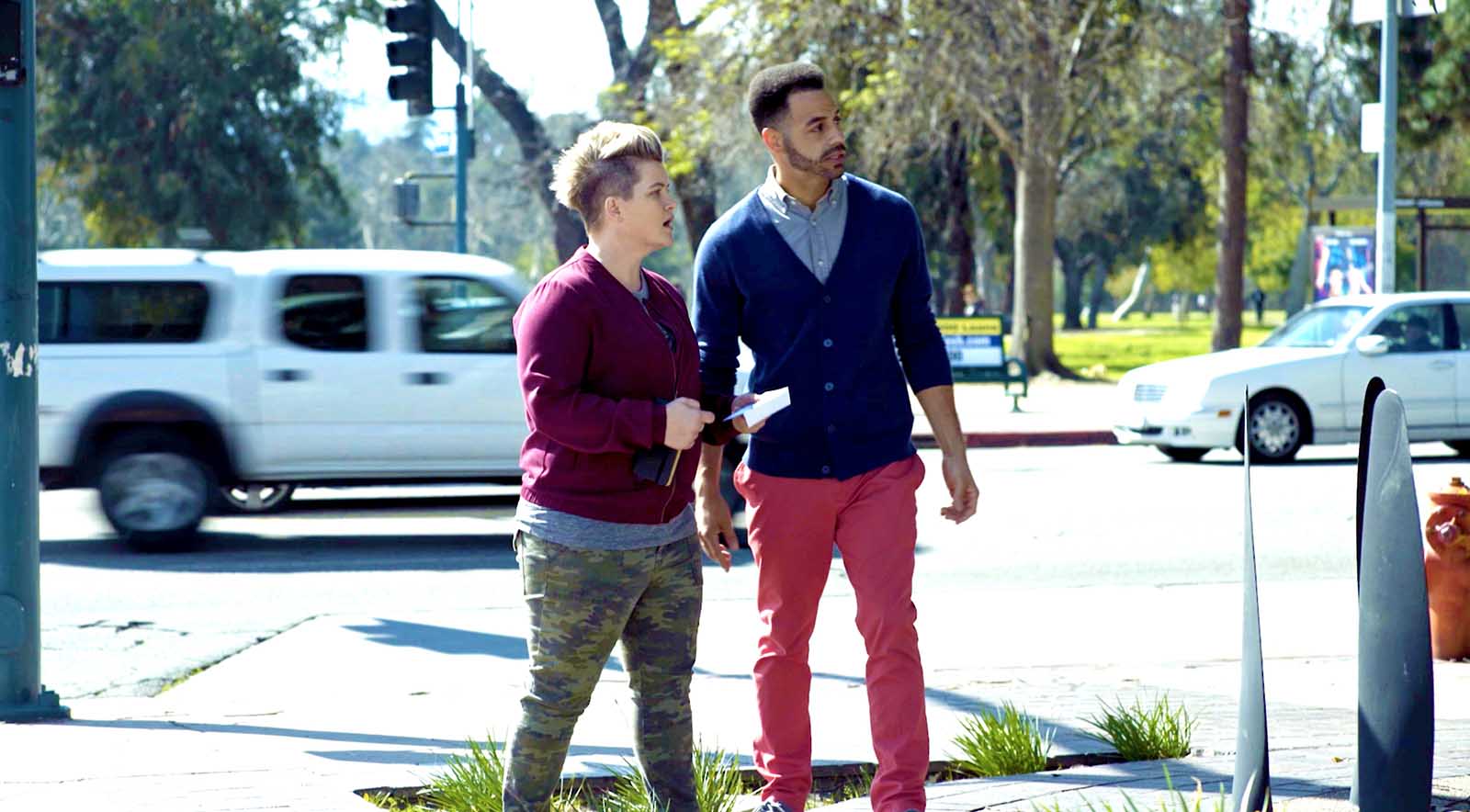 I studied theatre and film in high school and college. Once I graduated, I moved to New York City and pursued a career in acting. I got a couple of paying gigs, but other than that the constant rejection was tough. After a while, I realized that I could write stuff that was probably better than most of the stuff I was auditioning for. So I thought of going behind the camera instead of in front of it.

Is there any movie or TV show that inspired you to become a filmmaker?

I grew up watching movies. You could say I’m a bit of a movie hound. There are of course the usual suspects like Raiders of the Lost Ark and Star Wars but I think the movie that made me think I could do it was Swingers.

It’s a small story about a circle of friends, dialogue heavy and low budget. Super entertaining, even now all these years later. I remember renting it at Blockbuster every Friday night with my friends after college.

Every time I see a movie with really good writing I am inspired. Recent movies like Thunder Road by Jim Cummings and Knives Out by Rian Johnson come to mind. 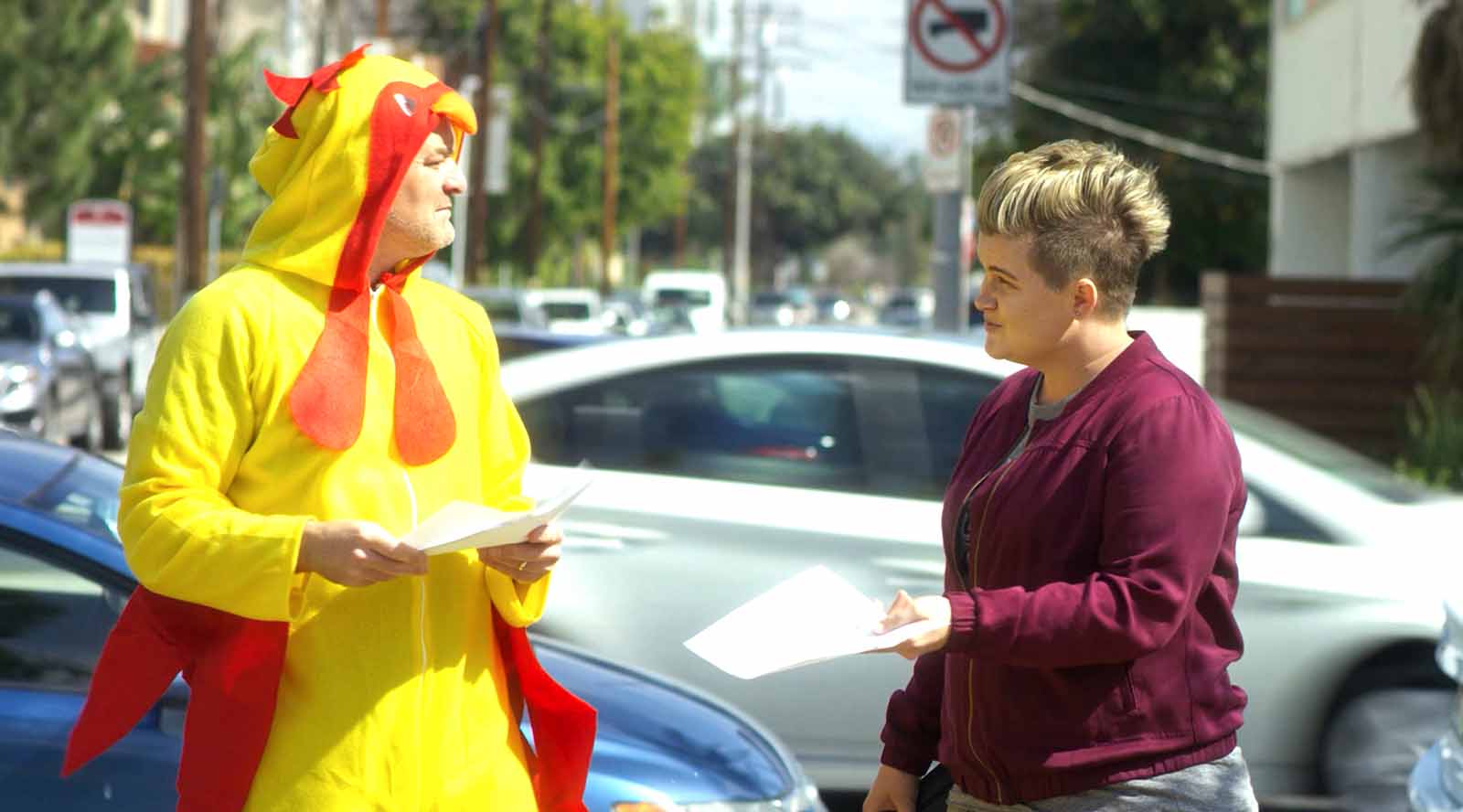 Have you worked with mentors before? Would you recommend them for up and coming filmmakers?

Mentors are hard to come by. The business of show is a rather fleeting and fluid landscape where you may or may not work with the same people over and over again. Plus, you might find a mentor you like who’s not interested in mentoring you.

Also, they might not be a good mentor – good at the craft but bad at educating others. I have not had a mentor – but I believe as long as you learn from every project you do, paid or not, you are always being mentored by life.

I know it’s cliché but I believe everything starts with the script. Without a good script, your project (movie, tv show, short, whatever) is doomed to be mediocre. So once I get an idea, I let it sit in my brain for months at a time. I can’t help but to think about it.

And as my regular life goes on, I will find new ideas in the regular world to add to it and make it take shape and be three dimensional. It might all start with a scene or situation, and I ask myself who are these people, what do they want and how did they get here?

Once I think I have the main characters and the main story ironed out in my head, I will start writing by writing an outline. If I don’t write an outline, I get stuck around page 30 and the script dies on the vine. (At least that is the process for me.) 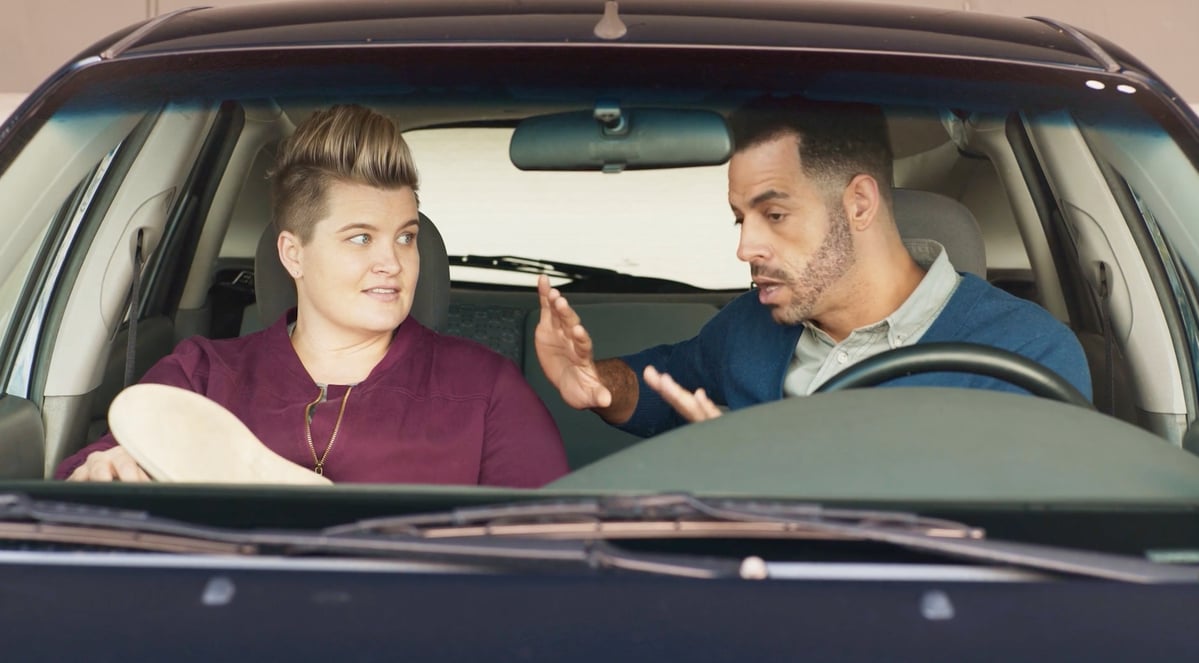 In the outline I map out all the scenes and where the story is going – in a perfect world I know how it ends and can work towards that ending. This part of the process is tedious and not fun. But it shows me where my plot holes are and enables me to enrich flat characters.

Once I have the outline in pretty good shape, that’s when the fun part begins and I can write the dialogue of the scenes.  My first draft is absolute sh!*. They usually are in general. Once that’s out of the way, I can go back and edit and craft. I usually don’t show it to anyone until draft #3 or so. And even then only to a couple of friends I trust.

I do my best to write at least one hour every day. I have a “day job” producing television so this is not always easy, but it keeps the juice flowing and I’m not getting any younger. It’s now or never.

I know this sounds kind of rigid and regimented. But I believe in being active and persistent. If I wait around for the gods to smile on me, I’ll be waiting a long time.

No. Sadly I am boring. I actually need it to be quiet when I write my own projects. When I am writing scripts for my tv shows, though, I often listen to music scores from movies (no lyrics, please, just the score). 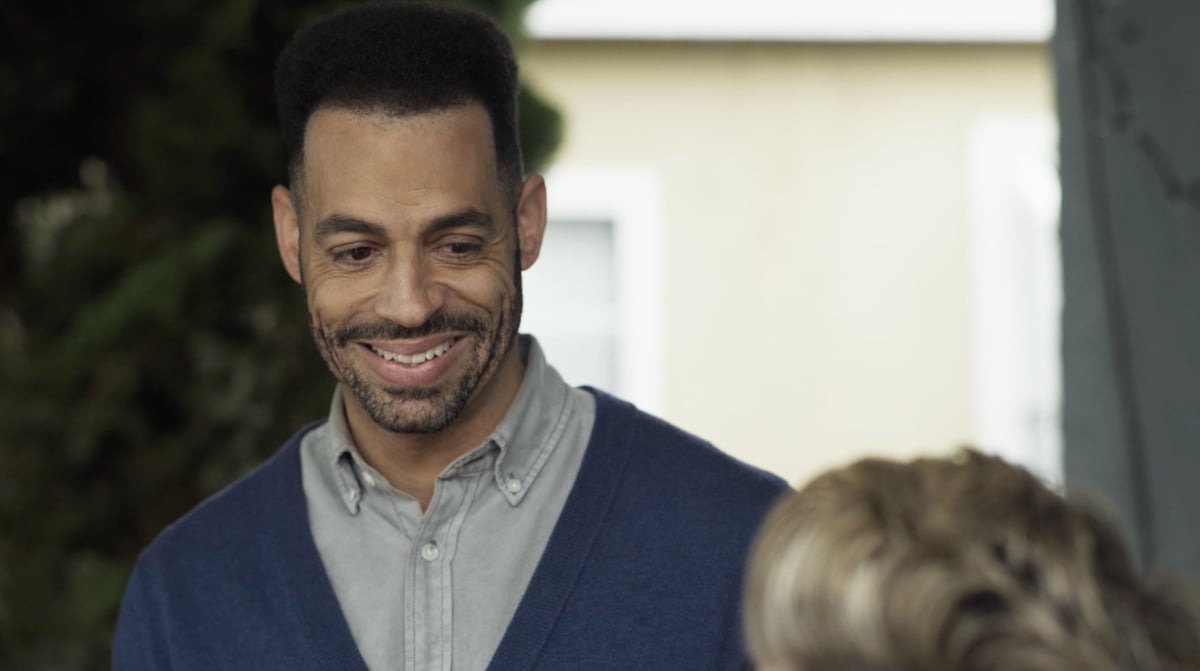 I wrote and directed a short film roughly 15 years ago. It wasn’t terrible but it wasn’t good either. I learned that story is important, but how you present it with cinematography and sound design, is equally important.

No one is going to stick around to hear your brilliant script if the movie looks or sounds like sh!*. It doesn’t need to be Apocalypse Now, but it does need to look like you gave a crap about the look and sound.

How did you get into television work in the first place?

What made you want to make the jump to film?

I had wanted to make movies ever since I was young. Once technology got to the point where one could make a pretty good movie for cheap, I jumped at the chance. That was right around 2005 when digital video really started to make a move.

What inspired you to write Chasing Sunshine?

I had made a couple of short films that I thought were pretty good so I wanted to make the jump and tackle a feature. No one was going to hire me to direct their feature having no experience doing so. So I thought I’d write my own. But I didn’t have any money or movie stars, so I knew I had to write it so that it could be produced on a shoe string budget. I didn’t want to write a movie that I couldn’t make and have it sit in a drawer. 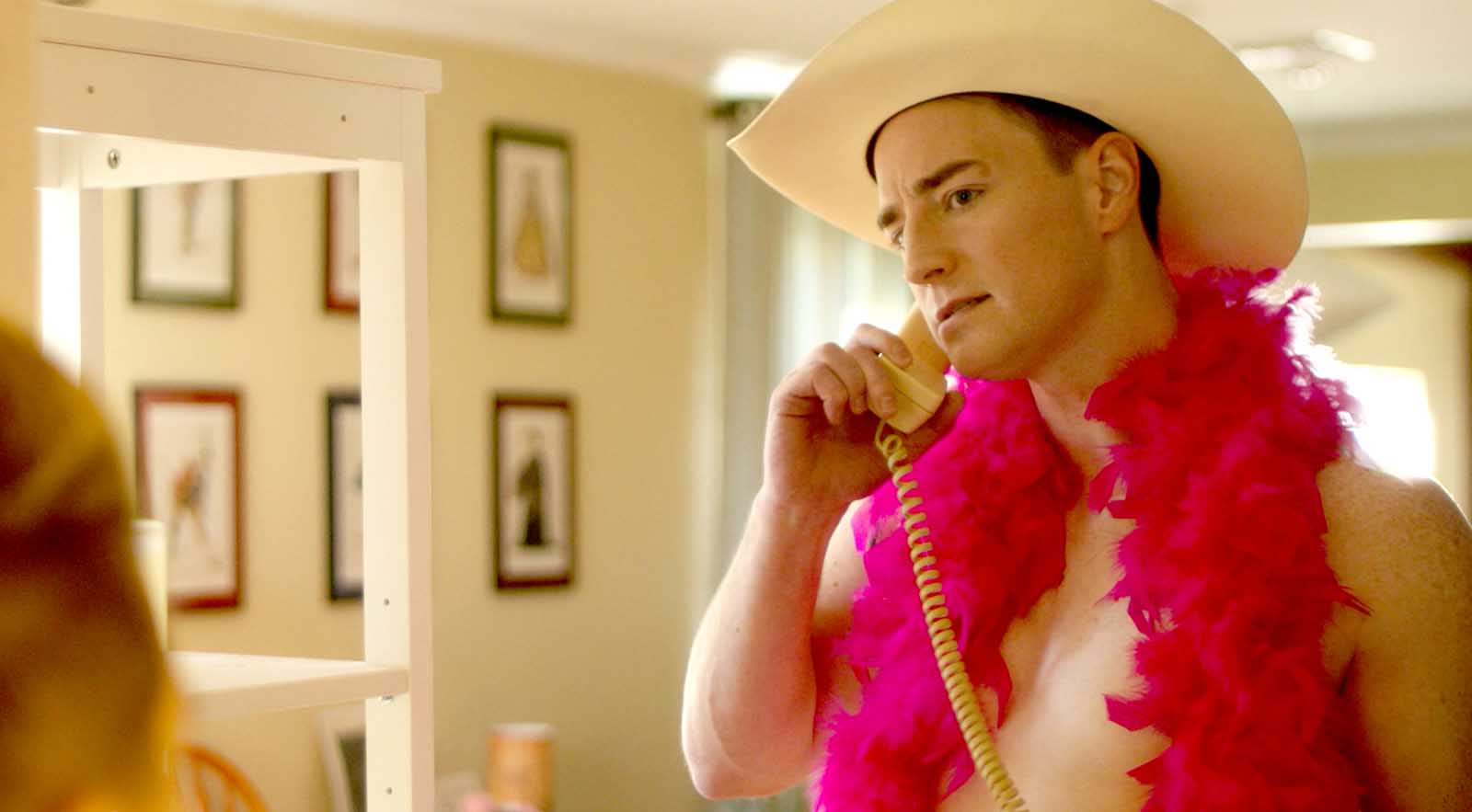 Working on low-budget projects is always a challenge. Luckily I had a fantastic cast and crew. As a director, casting is 80% of the job. If you cast well, the project will go smoothly and you will be less stressed.

I also wore a few different hats including producer, editor and assistant director. So that kept me busy. Plus it’s my idea and script, so working on it was not a chore.

You tend to wear multiple hats while working. How do you juggle so many responsibilities?

From the first job I got as a production assistant I told myself that the job would be my film school. I wanted to learn as many skills and knowledge as possible from whoever would teach me. And I’m still learning. So, I approach each job as a chance to learn something and put it in my tool box. The more I am educated in filmmaking, the less I have to rely on others to make films.

My next step is to try and get an agent or a manager so that in five years, I am working on feature #2 or #3.

Do you have any advice for the next generation of filmmakers?

Don’t wait around for the gatekeepers of the world to give you permission to do what you love. Go out and do it. No permission necessary. 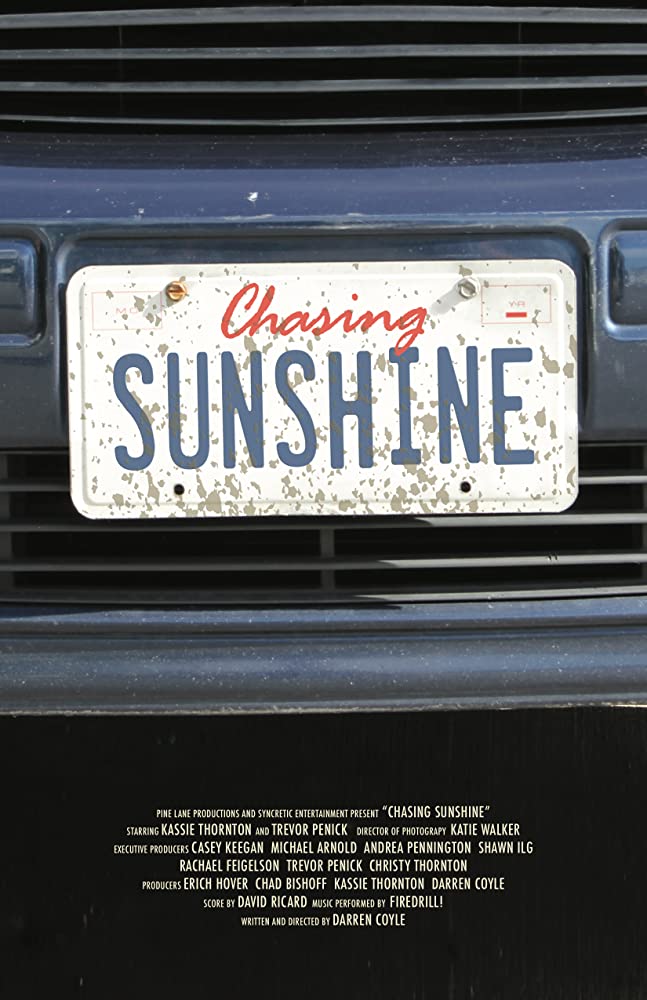 Could we see more episodic TV from you in the future?

My bread and butter jobs these days are producing and writing for tv, so that will probably not stop any time soon.

Now that you’ve worked in both TV and feature film, is there one you prefer over the other?

I prefer films, but maybe I’m old school. I realize that episodic projects are the way of the future and one-time feature films may be going the way of the Dodo. But I don’t care. I love sitting in a dark movie theater and seeing a movie. And I love making the film that others are there to see.

Probably like everyone else, I am writing a screenplay about life in this Covid quarantine. It’s very autobiographical as I have had some big life changes lately in addition to the pandemic. But that’s what I’m working on. It’s pretty mainstream, so you never know.

Not for nothing, just actually making a feature and actually finishing it is a big deal and my biggest success. A lot of these kinds of projects end up failing face first. And now that it’s available on Amazon and Vimeo On Demand that’s awesome too.

My biggest failure is an interesting question. I like to think you fail in little ways all the time, and that’s how you learn. But I’ll go ahead and say paying for the Hollywood sign to be in our movie Chasing Sunshine. That money would have been better spent elsewhere, but hey… you live and learn.

Who will compose the soundtrack of your life?

Danny Elfman all the way. It needs to have a vaudeville aspect to it.

If you could only watch one movie for the rest of time, what would you choose and why?

Midnight Madness – very underrated comedy from 1980. I would never get tired of it.

Are there any indie filmmakers we need to keep on our radar?

Jeremy Saulnier – Blue Ruin and Green Room are both fantastic.

What’s the best piece of advice you’ve ever received about filmmaking?

Make what you can, don’t wait around to make your baby. You’ll end up waiting for years and maybe never even make it.