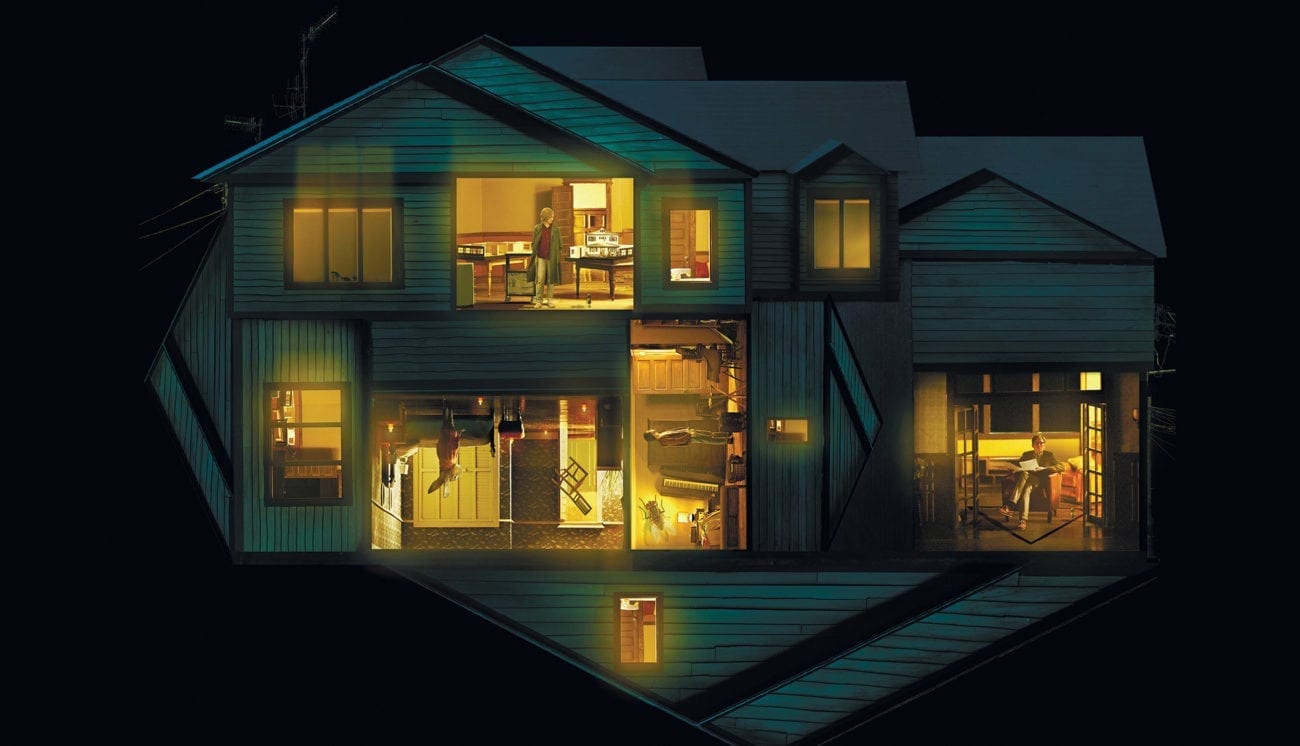 Hereditary Hell: The scariest new horror movies to get hyped for

Summer is upon us. A time for ice cream, sunshine, and death! Okay, maybe not the last one. We all know every month’s a good one for carnage and gore when you’re obsessed with the twisted and macabre. If you’re a horror fan already feeling the 2018 fatigue and are sick of the plethora of Marvel / Star Wars / reboot rushes, fret not! We’ve got a tantalizing table full of terrifying genre hits planned for release over the next year. And we’re not talking your standard Hollywood horrors and all the cliches that come with them – we’re delving into the truly grim stuff. So here goes – the scariest upcoming horror movies to get hyped for.

Quite frankly, we know it’s ludicrous how many times we’ve mentioned Hereditary. But the fact is, we have been on the edge of our seats ever since the Sundance reviews of Ari Aster’s horror dropped back in January. With a sinister-looking ensemble cast including Toni Collette (The Sixth Sense) as the family patriarch, a storyline that is both unique and ambiguous (involving some sort of family curse), and a trailer that’ll make you cack your pants, we’re confident Hereditary could make for the scariest horror movie of the decade. Hooray!

When it comes to The House That Jack Built, we were sold at “Lars von Trier” and “serial killer”. With the Cannes critics sounding as horrified as we’d hoped, the controversial auteur’s latest masterpiece – a dreary and brutal feature starring Matt Dillon (Drugstore Cowboy) as a serial killer who considers his murders as works of art – looks equal parts psychologically disturbing and visually stunning.

If you’re feeling a little desensitized from all the blood, bones, and ripped tendons from recent horror hits, why not take a spin into the occult with Indonesian filmmaker Joko Anwar’s impressive remake of Satan’s Slaves? You won’t be disappointed, folks. Described as being “the scariest film of 2018 you haven’t heard of yet,” the 1981-set thriller follows a troubled family as they’re terrorized by demons and zombies. It might sound crude, but Anwar (Ritual) has masterfully crafted scenes of suspense and terror with some deadpan humor along the way.

We couldn’t anticipate Luca Guadagnino’s bone-crunching Suspiria remake more if we tried. Dario Argento’s 1977 cult classic is one of the most influential films within the horror genre, about a young ballerina who enrols in a prestigious European dance academy, only to discover occult secrets hidden within the department. Exclusive footage of the Dakota Johnson-starring remake reportedly had the audience “looking away in horror”, portraying a young woman being brutally torn apart until there was nothing left but “a mess of broken bones, urine, spittle, and blood”. Yikes! Needless to say, we can’t wait to see what else Guadagnino’s (Call Me by Your Name) got in store for us.

There are no two ways about it – children are fucking scary. Whether they’re growing in your belly, drawing sadistic pictures at school, or talking to their imaginary friend that turns out to be a Victorian ghost haunting your post-WW2 house, they’re creepy as hec. Falling into the latter camp, The Little Stranger follows a doctor who must deal with a strange family and seemingly malevolent ghost while revisiting the home where his mother once worked as a maid. Boasting an interesting cast including Domhnall Gleeson (Ex Machina), Will Poulter (Detroit), and Ruth Wilson (Locke), this one’s worth a bash for some much-needed August chills.

Get the fuck outta here and then come right back in so we can tell you all about director Jordan Peele’s new horror project that sounds about as intriguing as his smash hit racial satire Get Out. Titled Us, there aren’t a huge number of details out at the time of writing, but what we do know is very promising – according to Variety, Lupita Nyong’o (Black Panther), Elisabeth Moss (The Handmaid’s Tale), and Winston Duke (Avengers: Infinity War) are all in talks for lead roles. With a strong potential cast lined-up, we have no doubt Us will be just as chilling and thought-provoking as his feature debut. Keep your eyes Peeled (sorry, we had to) for more details to come.

Okay, we get it – Slender Man looks set to play on the tropes of the horror genre we’ve seen time and time again. But that doesn’t mean we’re not going to watch it when August rolls around, does it? An adaptation of one of the most well-known internet memes of all time, Slender Man tells the story of the tall, thin, horrifying figure who is reputed to be responsible for the disappearance of countless children and teens (and no doubt the haunting of your nightmares too).

We’re probably getting way ahead of ourselves with this one, but we’re just gonna leave it here and let you decide whether it’s worth your hype. (NB – It definitely is worth your hype). So Hereditary isn’t even out yet and it seems A24 is so impressed with Asi Aster’s work that the two are teaming up for another horror flick, of which the auteur in the making has already written the script for. Per The Hollywood Reporter, “The story centers on a young woman, already dealing with the death of her parents, who joins her boyfriend and his friends on a trip to Sweden, specifically to a remote town with unique midsummer traditions. Things go south from there.” Told you – all aboard the hype train!