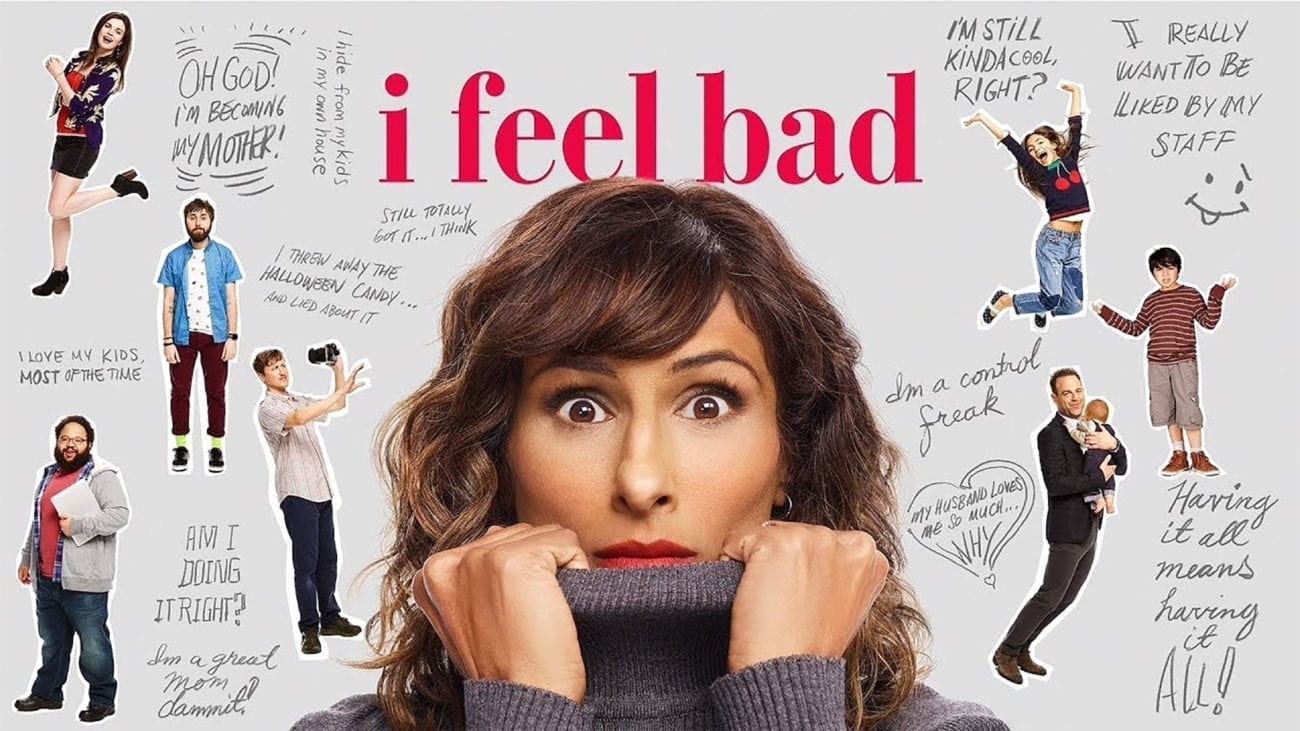 Stream dreams: All the new TV shows we’re excited about this fall

We believe it’s never too early to get hyped for a new TV show and since there are some absolute dazzlers premiering this fall, we figured you’d want a heads up about some of the best to look out for. Here are eleven new shows arriving in the fall that we’d happily say goodbye to summer for.

If the Russo Brothers’ adaptation is anywhere near as savage and witty as the Rick Remender comic book series it’s based on, we should all be in for a massive treat. With a cast including Lana Condor (X-Men: Apocalypse), María Gabriela de Faría (Crossing Point), and Benjamin Wadsworth (Dad vs. Lad), Deadly Class looks like it could rise above the current crop of young adult genre shows to be the most gloriously fucked up one of them all.

We’re stupendously happy to see Leighton Meester (Gossip Girl) back on TV in a regular role and Single Parents look like it could be a sharp, acerbic comedy with a fresh take on parenthood. Meester is joined by a cast including Kimrie Lewis (Scandal), Brad Garrett (Everybody Loves Raymond), and Taran Killam (12 Years a Slave) for the show that looks far better than the bland title suggests.

It’s a crime thriller about a savvy female attorney (Robin Tunney) who fails to convict a high profile athlete accused of murdering his wife. It’s also executive produced by Marcia Clark – yes, the Marcia Clark of the O.J. Simpson trial. We have no idea what else you could possibly need to know to stoke your interest in the potential for this show.

With a cast led by Sarayu Blue (No Tomorrow), this Amy Poehler (Parks and Recreation) produced comedy about a woman struggling to be the perfect wife, mom, daughter, friend, and boss looks like exactly the sort of celebration of flaws that we’ll be happy to demolish a pizza while watching. Though the trailer is a little underwhelming, we have hope that the talent behind the show – including writer Aseem Batra (Scrubs) and director Julie Anne Robinson (Brooklyn Nine-Nine) – will ensure it’s a good watch.

All American (The CW)

We can always rely on The CW to come through with the best young adult programming to obsess over. This year, it looks like All American will be the one that will have us desperate for the next episode for the entire season. Inspired by the life of football player Spencer Paysinger, the show follows a young football star whose life and background is at odds with the elite Beverly Hills school he’s chosen to play for.

Led by the always charming Ryan Eggold (The Blacklist), this intriguing medical drama looks like it could be one of the more unusual and fascinating shows of the season. The show is set at New York’s unique Bellevue hospital, which is the only place in the world capable of treating Ebola patients, Rikers prisoners, and the President of the United States under one roof.

This show is one for all the people who’ve ever said they can’t get into Game of Thrones because “fantasy is bullshit” and they’re more into “hard sci-fi”. Well here ya go, folks! The latest story from George R. R. Martin is a sci-fi horror that looks genuinely chilling and gripping. And not a dragon to be seen!

From Jeff Rake (The Mysteries of Laura) and Robert Zemeckis (Back to the Future) comes this captivating mystery show about a bunch of passengers who disappear on a plane only to reappear years later without realizing that any time has passed. We’re interested to see how this big concept can be fleshed out for more than one season, but for now we’ll settle for enjoying the first few thrilling episodes and take it from there.

Based on the bestselling novel by Justin Cronin, The Passage is an epic tale about a virus that could potentially eradicate all disease or destroy mankind as we know it. There are plenty of twists & turns, horror beats, and genuine drama in Cronin’s story that we expect will translate well to the small screen. Plus, Mark-Paul Gosselaar!

It’s Nathan Fillion (Firefly) as a dude in the grips of a mid-life crisis who decides to become a cop after experiencing an armed bank robbery! Hopefully he’ll be just as dry and quippy as we like him to be.

The Chilling Adventures of Sabrina (Netflix)

Okay, this one’s a wild card so hear us out. As you’re likely already aware, Netflix hardly ever announces release dates for its upcoming shows and instead likes to surprise fans with such news (and trailers) at the last possible moment. Roberto Aguirre-Sacasa’s latest adaptation of his dark Archie Comics universe doesn’t have a release date yet but we’re going to go ahead and speculate Netflix will be wanting to drop this highly anticipated show right in time for Halloween. Watch this space.