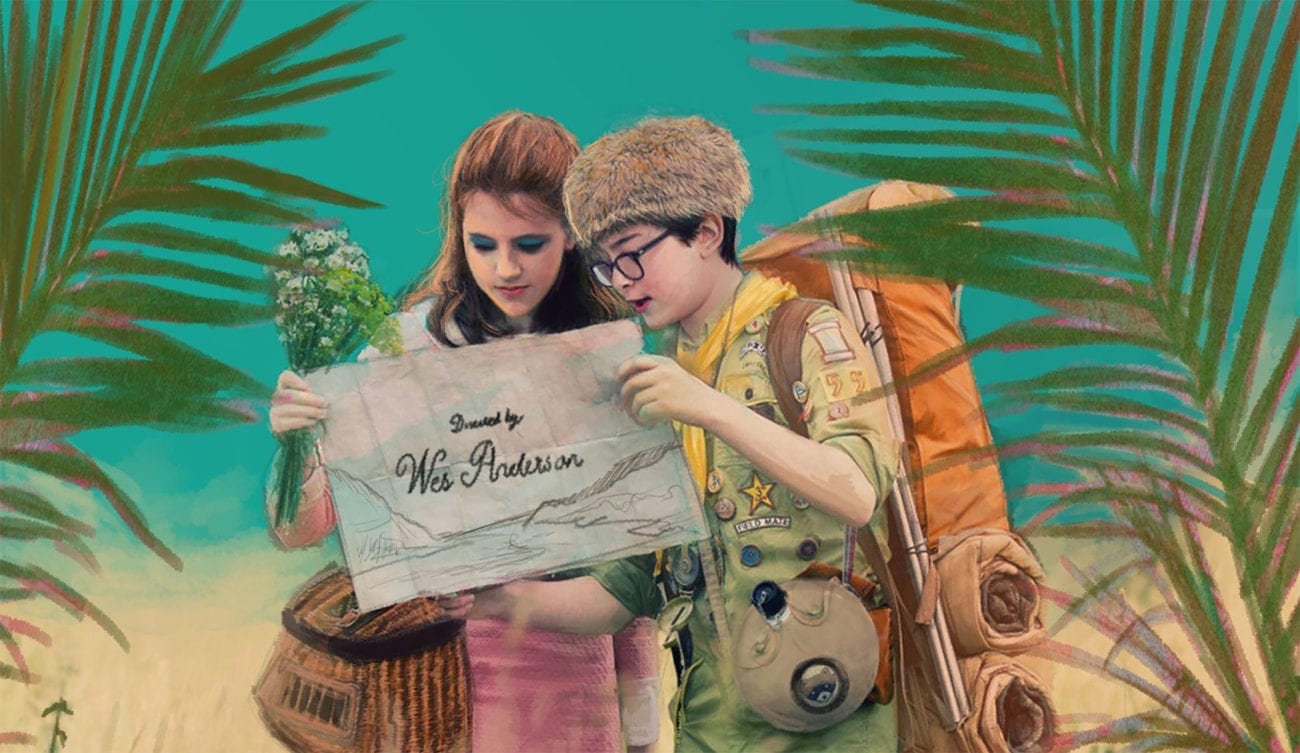 There’s a whole lot of content online right now about all the super fun free (or very cheap) things we can all do this summer if we’re too broke for a vacation. Girlboss, the Sophia Amoruso lifestyle website for ladies who boss (or whatever, we’re not sure), has offered up 50 very depressing alternatives to having a great and fulfilling summer with suggestions including:

Whether you’re simply busy working this whole summer or just don’t have the money to get away, here are twenty movies you can stream online that will make you remember that vacations are for fucking losers and you’re a total champion who can have a great time on his or her own. Okay?! Good. We hope you have a lot of cheap wine ready.

Can’t see any downside to that girl’s trip you’re missing out on? Watch Neil Marshall’s cavernous horror about a girls trip gone horribly wrong and you’ll probably feel like your apartment is a fucking Hilton penthouse suite by the end of it.

Like The Descent, David Bruckner’s British horror will only make you feel glad for every hiking trip you’ve had to turn down this summer. Particularly if said trip is in the middle of the Scandinavian wilderness and surrounded by the forests of an ancient evil entity, because fuck that.

It’s classified as being a “thriller”, but with the right perspective this film is a total comedy. Particularly as it’s about two sisters on vacation in Mexico who go diving in shark-infested waters only for their protective cage to break away from their boat, leaving them at the bottom of the ocean with barely any oxygen.

Guess who isn’t going to plummet to the bottom of a shark-infested ocean anytime soon? That’s right – you! Party on!

There are things in this world far worse than not going on vacation. Two of those things are Pierce Brosnan’s (The World’s End) questionable singing ability and the perma-smug grin Dominic Cooper (Preacher) boasts throughout this entire movie. Enjoy some perspective with a little help from Abba!

Let Wes Anderson remind you of the joys of your childhood! Build a blanket fort! Relive a time in your life when hitting up the local park was an adventure in itself! And then get horrifically drunk as you mourn your lost youth and inevitably destroy your blanket fort in a fit of wasted confusion.

If you don’t give a shit about looking cultured, there’s always the preposterous jerk-off bait of Sarah Michelle Gellar (Buffy the Vampire Slayer) and Selma Blair (Hellboy) making out in this 90s trashterpiece to return to for two minutes of desperate joy.

Just think about all the millions of pastel-shaded cakes and towering wigs you could buy instead of going on vacation! Sofia Coppola (Lost in Translation) and Kirsten Dunst’s (Fargo) historical movie will also help remind you that it’s super classy to just stay home and eat a shit ton of cake – even if you don’t live in the Palace of Versailles and get murdered by the locals at the end of it all.

If you need an unhealthy dose of nihilism to make it through this summer without a sweet-ass getaway, why not watch a class of Japanese school children tear each other apart on a small island?

Just remember that Gillian Jacobs (Community) and the rest of the Ibiza team didn’t even get to go to the Spanish island to make the damn film. You’re not the only one getting bamboozled by life on this whole travel vibe.

Give yourself extra points if you have a parrot and can pretend you’re LL Cool J, but otherwise just sit back and enjoy the fact you’re nowhere near a single DNA-altered shark that could eat you like they devour that terrible CGI-rendering of Samuel L. Jackson (Pulp Fiction).

See? Camp sucks! At home, you can enjoy all the pre-marital sex, drugs, and hooch you want without the threat of a psycho killer or his psycho mom coming along to disembowel you for it.

Spark up a phat one, turn out the lights, and watch Oren Peli’s found-footage horror on your own for a fun reminder that your home can feel as instantly strange and uninhabitable as a bad Airbnb pad. All with the help of some blazed paranoia, jump scares, and the mysterious unsolved noises of your own home.

James Ward Byrkit’s trippy sci-fi mystery will make you freak out about whether you’re even in the reality you were born into or if you’re somehow vacationing in a paradoxical alternate reality without realizing it – and you haven’t even been wearing your fave vacay hat this whole time!

Because look on the bright side: You might not be going on vacation this year, but at least you’re not being forced to hideout from potential monsters in an underground bunker owned by a madman (John Goodman) while plotting ways that your badass self (Mary Elizabeth Winstead) can escape. Just sayin’.

Because if you’re not going on vacation this year, you may as well either reinstate your teenage goth phase or enjoy one for the first time. Paint your face like sweet baby angel Brandon Lee and mope about in a uniform black ensemble while brooding about the world and saying, “It can’t rain all the time,” even though it’s 107 degrees outside and it hasn’t rained in months.

Set in the Greenwich Village folk scene of the early 60s, the Coen Brothers’ movie is basically like every trip to whatever hipster hellhole your friends were intent on dragging you to halfway across the world but in the comfort of your own home. Plus – Adam Driver (Girls) and Oscar Isaac (Ex Machina)! Quite the view.

You might not be going anywhere fancy this year, but at least if you manage to watch every second of brutality offered by S. Craig Zahler’s Bone Tomahawk you’ll be able to tell people that you’ve “seen some shit” that they wouldn’t believe this summer – and mean it.