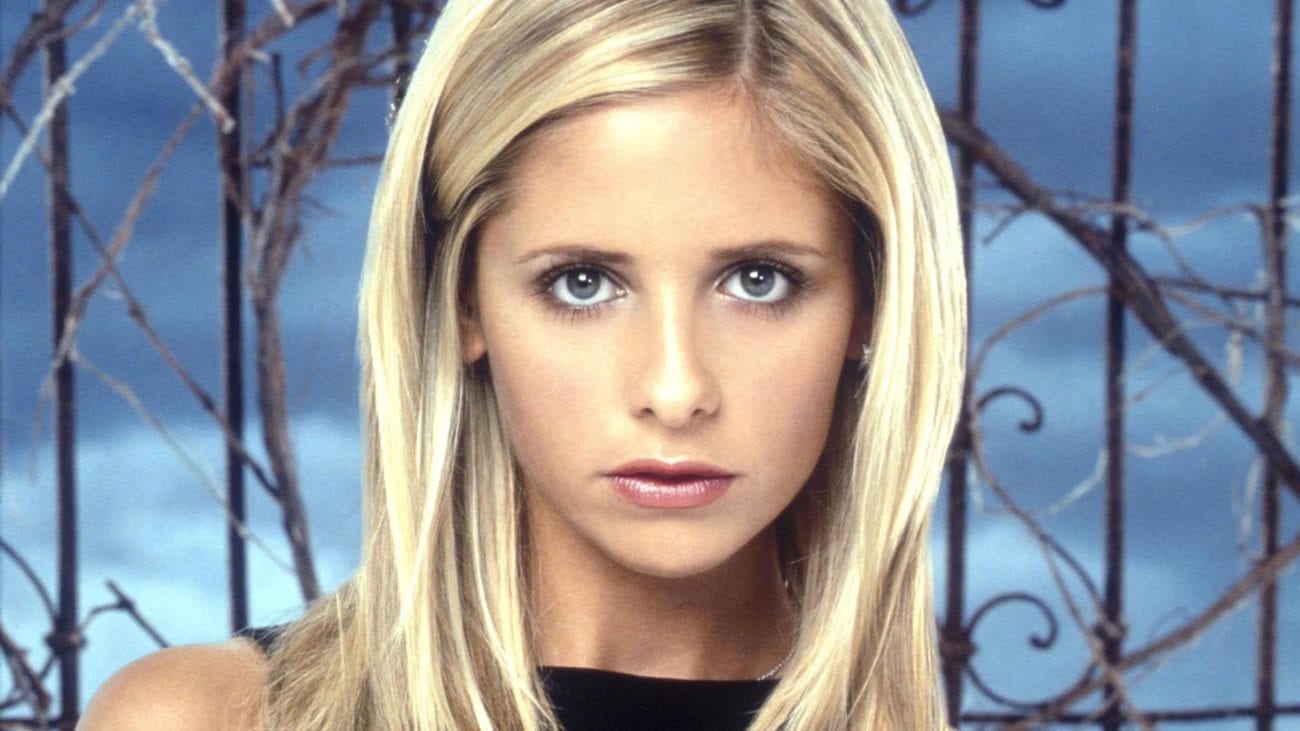 If you were a 90s kid, there’s a 99.9% chance you either wanted to be Buffy the Vampire Slayer, wanted to date Buffy the Vampire Slayer, or wanted a rather confused combination of the two. When Sarah Michelle Gellar and the Scooby Gang punched, kicked, and stabbed their way onto our screens over twenty years ago, the show’s cult status was very much nascent. Fast-forward to a time of TV show reboots and Netflix-level abundance and the show seems more essential than ever before.

One of the most notable aspects is how empowering Buffy is for women. Yes, some might quibble over the sexualization of the female characters, but overall Buffy Summers told generations of women (in the most bloodthirsty way possible) that they can conquer their demons, real or internal.

As Daily News points out, “In a time when TV shows seemed to always portray [sic] women as damsels in distress or victims, Buffy was the woman who would walk into a dangerous situation willingly and walk out victorious.” In celebration of the show turning 21 this month (feel old yet?) and the fact Buffy & Co. will always hold a special place in our hearts, here are some of her most kickass moments.

The Master for Buffy was like the equivalent of eggman to Sonic – only for an entire season Buffy genuinely thought there was no way she could kill him (especially when Giles threw the curveball telling of a prophecy where the Master kills her). But of course, Buffy is a total badass and decides to face him anyway and yes – while she might die for a teeny tiny moment – she is resurrected by Xander, giving her the newfound confidence & strength to end the Master once and for all.

This isn’t so much badass as it is heartbreaking. Slaying the dude you lost your big V to for the greater good is no easy feat, especially when he starts acting all cute like he did at the beginning.

Buffy realizes death is her gift

Things take a shitstorm of a turn when Buffy’s sister Dawn turns up. Since Dawn’s blood holds the power to open portals between worlds, the Hell God decides she wants to take advantage of this by using her body juice to return to her home dimension. When the portal opens, Buffy sacrifices everything to save her sister. Not only is this one of the most powerful moments, but just check out dem graphics!

Buffy finally gets to be “normal”

Speaking of dem graphics, check out this scene where Sunnydale literally gets eaten by a giant sinkhole. However, this episode is far more iconic than just the destruction of an entire town. All along, Buffy has just wanted to be a normal girl at a normal school, and this season finale marks the moment she realizes her dream has become reality. Just check out that smile right at the end, knowing the burden of being the one and only slayer is no longer on her shoulders.

Buffy stands up to Tara’s family

One of the most empowering scenes in the series comes when Tara’s relatives claim she’s part demon (oh em gee, right?), when in fact all they’re doing is pulling a con to control the women in the family. Luckily they’re no match for the Scooby gang – Buffy tells the fearmongers to go straight to hell.

After discovering her mother’s new bae is a verbally and physically abusive dickweed, Buffy proves her versatility by whacking him over the head with a frying pan. Ain’t no one gonna mess with Buffy’s mama.

Buffy opens up to her mom

While we’re on the topic of her mom, one of the most tear-jerking moments in Buffy is when the Vampire Slayer comes out of the slayer closet and finally admits her unwanted vocation to Joyce. The most devastating part isn’t the fighting itself, but the fact Buffy reveals that more than anything, she just wants to be a normal teenager.

Caleb the priest is basically misogyny in human form, so we can’t help but note the moment she cuts him in two is endlessly satisfying.

Not only is Buffy a badass in general, but she can actually hold a tune while dispatching multiple bloodthirsty vampires. “Going through the motions!”

One of the most empowering moments is when Buffy delivers her authoritative speech, demanding Giles be reinstated as her watcher and demanding the Council give her the information she needs. TOLD!