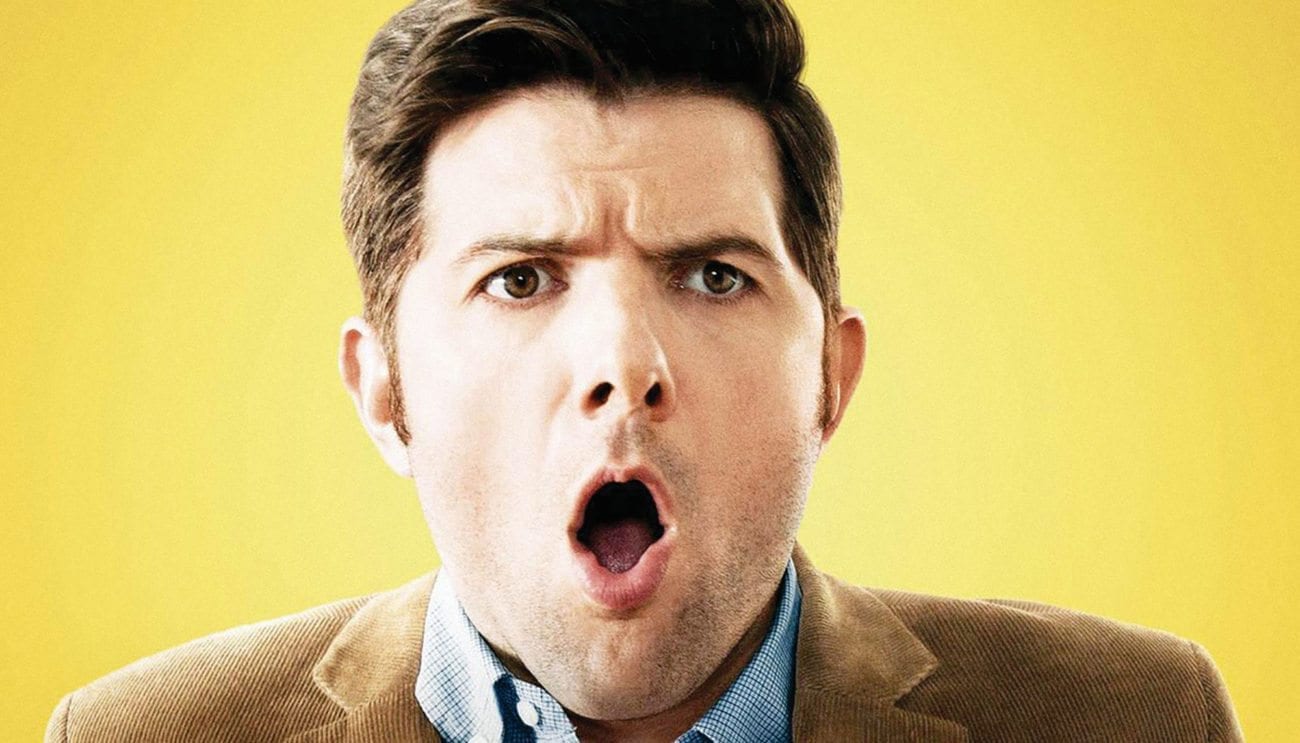 Are we having fun yet? Adam Scott’s most genius moments

We were kept awake at night by the niggling concern about whether Adam Scott would return to Big Little Lies for season two or not until the actor, who plays Ed McKenzie on the hit HBO drama, officially closed the deal for his certain return – which was a relief because Monterey wouldn’t have been the same without him.

Here’s hoping he spends less time staring creepily through windows at Bonnie Carlson (Zoë Kravitz) doing yoga in season two, though. Because, yikes – have a word with yourself, Ed.

All yoga creeping aside, this a moment worth celebrating, so join us in counting down our rankings of ten of Scott’s finest moments in movies and TV shows throughout his career, to tide you over until Big Little Lies returns.

Portraying a sleazy teacher lying about the students he’s totally seducing on the DL, Scott is both irresistibly charming and relentlessly gross as Mr. Rooks: the teacher who bones his students to The Rolling Stones.

Scott reunited with his Party Down co-star Lizzy Caplan for this romantic comedy and it was pure magic. The best moment is still when his character Clyde seduces Gena (Caplan) to The Proclaimers’ “I’m Gonna Be (500 Miles)”. Pure poetry.

As established from the very second we see Scott’s Pat Anderson in Eastbound and Down, he’s a total monster. When Kenny Powers asks who he is, Pat smugly responds with a beaming smile, “I’m your dad! Only kidding. Your dad’s dead”. Genius.

As hack psychiatrist Damien, Scott proved his flair for being a hilariously diabolical mess. As one of the suitors in the second season of this Bachelor parody, however, we got to experience all-new levels to Damien, like his superior dance moves. What a catch!

As timid science nerd Max, Scott delivered plenty of eyebrow-raising curiosity for his supernatural subjects. However, he was often quaking in his boots over them too. Everytime he and Leroy (Craig Robinson) found themselves spooked by an actual spook, it was pure comedy gold. Scott has the best jump-scare reactions in the biz.

Turning his obnoxious prowess up to maximum for the role, Scott is a foul-mouthed, disgusting delight as literal demon Trevor in The Good Place. Though he has many fine moments in the show, perhaps one of his greatest is ruining a gourmet dinner by declaring: “This is going to make a primo dump tomorrow.” Vile but perfect.

Playing Ed, husband to Reese Witherspoon’s fiery Madeline, Scott can be pitiful and creepy but also sweet and adorable. The scene in which he drunkenly confronts Madeline over their “tepid” sex is deeply uncomfortable to watch, but really shows off the actor’s dramatic capacity. Plus, that beard!

As failed actor / catering assistant Henry, Scott is incredibly charming, tragic, and hilarious. Particularly whenever he was forced to relive his one famous role from a beer commercial and a party guest would force him to perform his catchphrase, “Are we having fun yet?” The painful irony of the phrase, often delivered through gritted teeth, was always a harrowing delight to see.

Ben Wyatt is an absolute dream of a man. And while Scott’s chemistry as the character with Leslie (Amy Poehler) was always lit, his finest moment still has to be when we caught a glimpse of Ben using his unemployment wisely: making (terrible) calzones and creating (even worse) stop-motion animations.