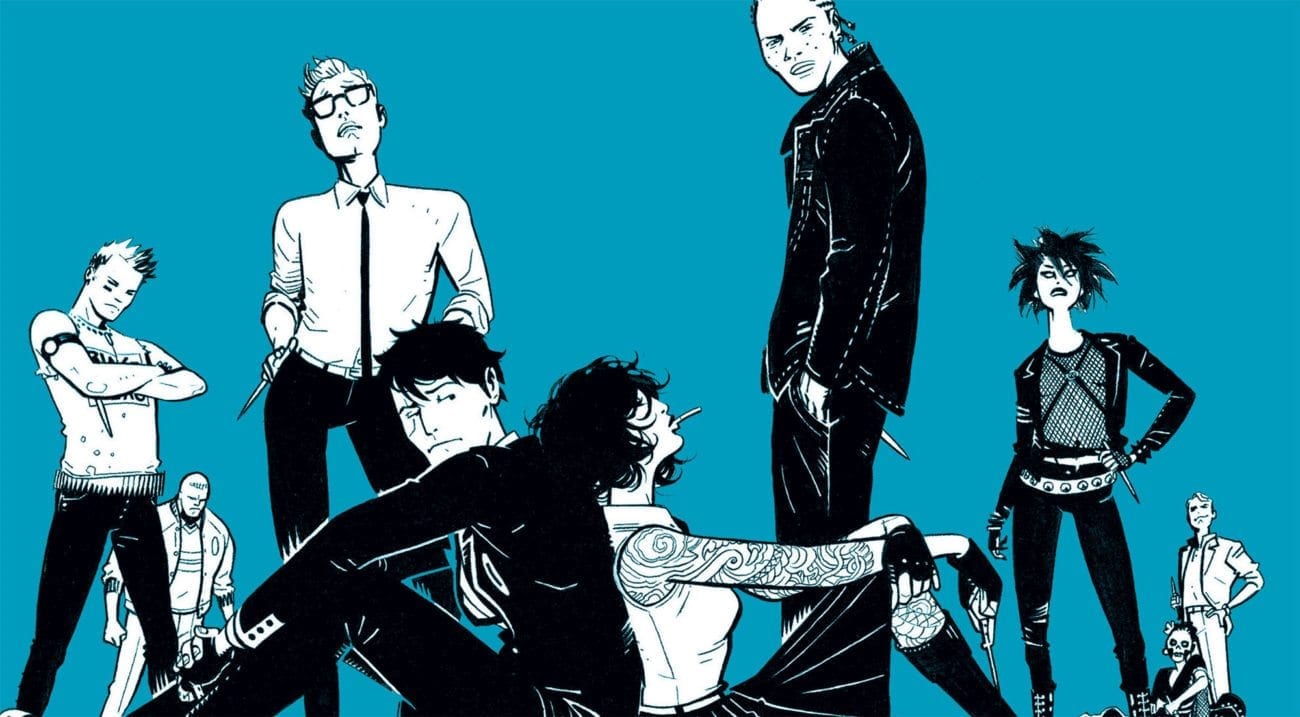 Deadly class: All the killer fall TV trailers you need to see

We know you’re currently all about that sunshine and are reducing your weekly bingewatching hours so you can get out and absorb some of that rare vitamin D, but come fall you’ll wanna be under a duvet, drinking a spiced pumpkin latte, and catching up on some shows. It’s never too early to scope out the schedule of the all the new TV shows coming to screens this fall. So here’s all the trailers for all the major new shows arriving in fall that will get you hyped for that crispy, chilling season to arrive.

Nathan Fillion (Firefly) is back! This time he’s playing a “walking midlife crisis” sure to delight every woman of a certain taste and age who has always dreamt of seeing the actor in uniform.

It’s some sort of FBI crime dramedy starring Scott Foley (Scandal) & Lauren Cohan (The Boy)! What could be wrong with that? Except the trailer looks like the two sparkling leads lack chemistry and the dialogue is a little clunky, but we’ll reserve our final judgement for the pilot.

Featuring a stellar Latinx ensemble cast including Demián Bichir (The Hateful Eight), Anne Winters (The Tribe), and Roselyn Sanchez (Act of Valor), Grand Hotel is a remake of the Spanish series Gran Hotel (it’s on Netflix – treat yourself to a binge!) and looks full of rich folk, backstabbing, and sexy exploits. Our favorite!

It’s a reboot of the classic crime drama that is seriously lacking the magic of Tom Selleck’s moustache, but to each their own we guess.

Lil Rel Howery has established himself as a total scene stealer during his minor but memorable role in Get Out and now he’s leading his own sitcom based loosely on his own life.

Based on the bestselling books by Justin Cronin, The Passage follows a global pandemic that seems to create zombies or vampires or something. Whatever – what’s most important here is that it stars perennial dream hunk Mark-Paul Gosselaar (Saved by the Bell) who we’ve never quite gotten over (and never will).

It’s the witch drama reboot nobody wanted or needed, but will we still watch the everloving shit out of it? You betcha.

We’ve missed you Leighton Meester (Gossip Girl)! Welcome back to TV, comedy, and most importantly our hearts.

Starring Christina Ochoa (Animal Kingdom), Allison Miller (13 Reasons Why), Ron Livingston (The Conjuring), and James Roday (Psych), this drama about a death fracturing a close knit gang of Boston buddies looks like another This is Us in that it’s definitely going to have blubbering at least three times every episode.

Stop us if you’ve heard this one before: a smart female attorney fails to convict a high profile athlete charged with murdering his wife. It hails from the one and only Marcia Clark of the O.J. Simpson trial if that’s of any help to you? Bingo. You got it! It also stars Robin Tunney who we have nothing but eternal adoration for.

Partially based on the life of Harry Styles who’s also a producer of the show, Happy Together is a sitcom where Damon Wayans Jr. (Let’s Be Cops) plays an accountant who allows a client (and high profile pop star) to sleep on his couch for weeks.

Produced by comedy titan Amy Poehler (Parks and Recreation), this family-based comedy benefits from the eminent comedic charms of Sarayu Rao (The Big Bang Theory) in a lead role and looks like one of the most promising shows of the season.

The Kids are Alright (ABC)

One for those who can’t get enough of The Goldbergs, this sitcom focuses on a pair of working class parents struggling to raise their eight kids during the 70s.

All American (The CW)

It’s about time we had a new teen show to obsess over and All American looks like it could be our next major TV love. Following a star athlete from South Central recruited to play for a Beverly Hills High School team, the show looks like it could provide some timely commentary on what it’s like to grow up as a black kid in America while also providing some smart teen drama. All seriousness aside, the show also stars Taye Diggs (House on Haunted Hill) as a football coach – something we’re ridiculously excited to see.

An atheist (Brandon Michael Hall) becomes an “agent of change” when God friends him on Facebook. We have nothing to say about it because we don’t want to have to throw another dime into the Film Daily snark jar for throwing shade at garbage shows.

A procedural from producer Dick Wolf set inside the bureau’s New York office and starring Connie Nielsen (Wonder Woman) & Jeremy Sisto (Wrong Turn) that will likely offer a solid post-work watching experience that you can probably nap a little to. (We know how much you love that.)

The modern revival of Murphy Brown sees Candice Bergen (Miss Congeniality) returning to the iconic role to take on this “world of alternative facts and fake news.”

Set at New York’s fascinating Bellevue hospital, New Amsterdam looks like one of the most intriguing medical drama prospects of recent years, led by Ryan Eggold (The Blacklist).

Hailed by every halfwit TV critic as being “the next Lost”, Robert Zemeckis’s mysterious new drama follows the reappearance of a long lost plane whose passengers aren’t aware they’ve been missing for five whole years.

Based on a series of short stories by George R.R. Martin, Nightflyers sees the author dabbling with aliens and spaceships rather than tits and dragons in this show about a crew of space explorers on a mission to find a mysterious alien ship.