If you’re a big ole David Lynch obsessive like we are, then the idea to take yourself on a Twin Peaks tour of America has no doubt crossed your mind at least once, if not numerous times. With the main bulk of shooting locations situated in Washington State (and others in Lynch’s beloved hometown of Los Angeles), a Twin Peaks vacation is actually more feasible than you may have ever realized.

It also has the potential to be one of the more picturesque and relaxing TV-themed travel opportunities than any others that revolve around a premise involving murdered homecoming queens and demons gobbling up the Garmonbozia of humanity’s suffering. The great news is that many of the original shooting locations from the first two seasons of Twin Peaks are still standing, open to the public, and look almost exactly like they did on the small screen.

So grab your dictaphone, hop in your car, and start making that journey you always said you would. Here’s our ultimate Twin Peaks travel guide of places every fan needs to check out on their Lynchian pilgrimage. 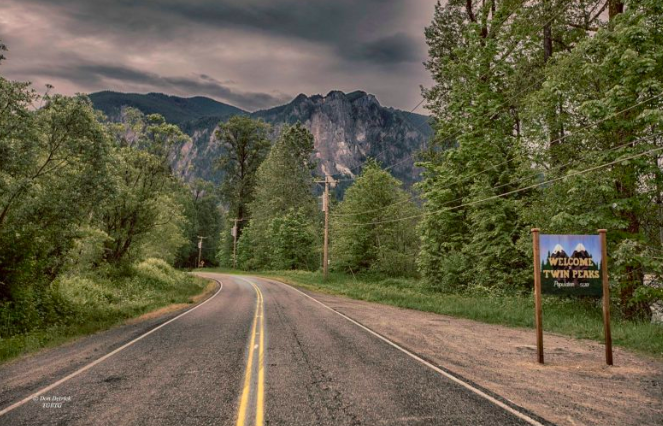 Lynch planted a similar fictional sign in the same spot back in February 1989 to shoot Dale Cooper’s (Kyle MacLachlan) arrival into town. Now the sign is an official installation in the city.

It’s worth adding that the sign has been stolen by crazed fans and taken down for repairs numerous times already – so be good to it, okay? And don’t be driving off with the damn thing. 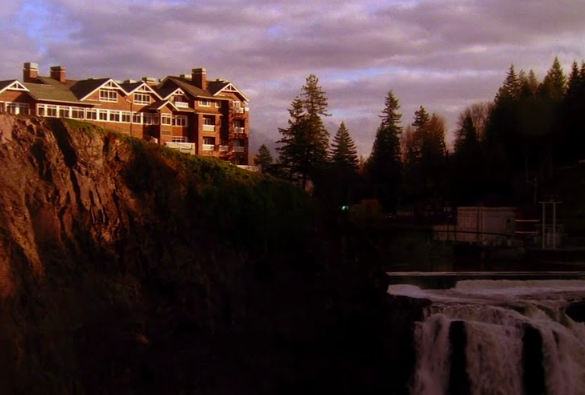 Get cosy at the Salish Lodge & Spa (a.k.a. The Great Northern Hotel exterior)

Seattle’s “premiere luxury hotel resort” was only used for exterior shots of The Great Northern, but the hotel actually goes above and beyond in catering for Twin Peaks fans looking to enjoy the interior too.

The Salish Lodge & Spa offers its Twin Peaks Experience for fans, which includes Twin Peaks inspired drinks, a cherry pie inspired spa treatment, and the chance to bingewatch the first season of the show in the comfort of the place that inspired The Great Northern. 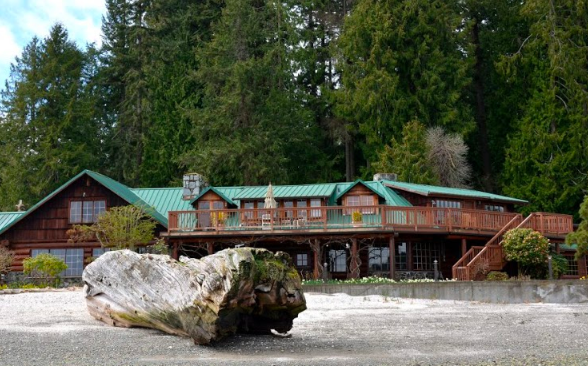 Do some upside down pull-ups at Kiana Lodge (a.k.a. The Great Northern Hotel interior)

If you’re way more jazzed about the interior of The Great Northern, you need to book a room at the iconic Kiana Lodge which served as the shooting location for it.

The lodge features the famous totem pole as seen in the show and also has a commemorative log located on the grounds outside where Laura Palmer’s (Sheryl Lee) body was found “wrapped in plastic” all those years ago. 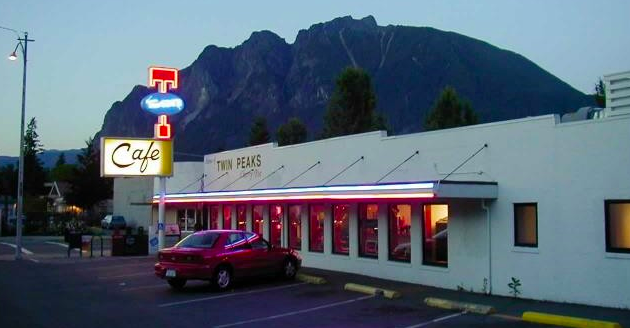 Grab a damn fine cup of coffee and a slice of pie at Twede’s Cafe (a.k.a. The Double R Cafe)

Lynch fans will be well aware of Lynch’s deep affection for diners, coffee, and sweet goods. His discovery of Twede’s Cafe while scouting for locations for Twin Peaks arguably helped shape the show once he tried a taste of their now infamous cherry pie.

The cafe’s coffee and pie combo was immortalized in the show and (luckily for fans) the place is still very much in business and serving up a cherry pie so good, it’ll inspire you to write “an epic poem” about it. 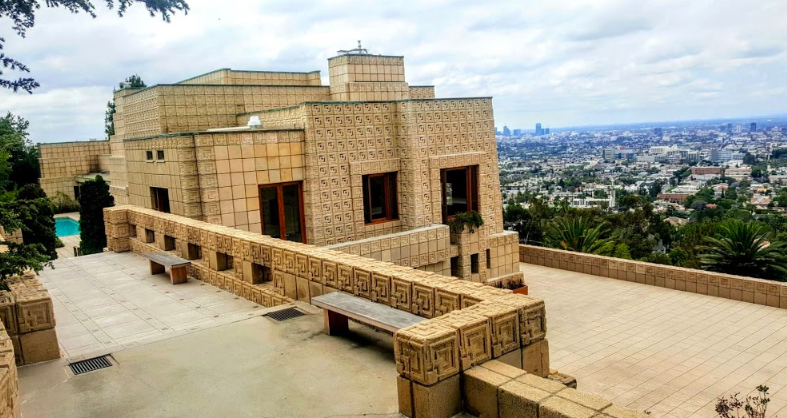 The legendary Los Angeles building was used to film Invitation to Love here (the soap opera within Twin Peaks). However, as well as being an architectural gem of a building, it’s also known as a shooting location for several other iconic films and TV shows.

House on Haunted Hill, Blade Runner, and Buffy the Vampire Slayer have all used the Ennis House as a shooting location. But you’ll likely be too interested in letting their Lynch flag fly to care about any of that. 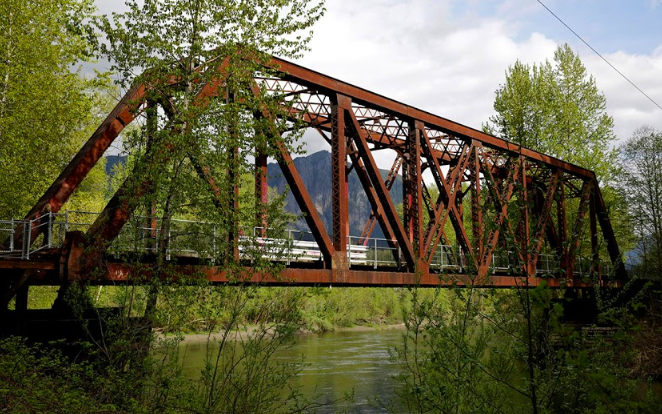 Take a disheveled walk along the Reining Bridge

How about a nice distressing barefoot walk along the bridge that crosses the Snoqualmie River? It’s what Laura’s party buddy Ronette Pulaski (Phoebe Augustine) does in the pilot following the vicious attack we see in Fire Walk With Me. 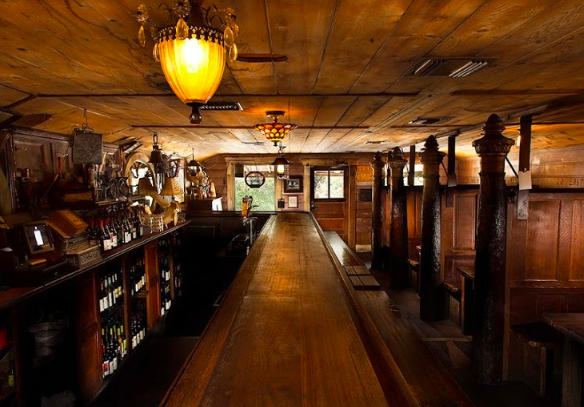 Get the boys together at the The Old Place (a.k.a. The Bookhouse)

The interiors of the secret hideout of The Bookhouse Boys were shot at this popular bar and restaurant, which has barely changed since Twin Peaks was filmed there.

The idiosyncratic establishment is only open Thursday through to Sunday, so you’ll have to give your very own secret society the heads up on that one before you try and kick it over some steak and a few brewskies. 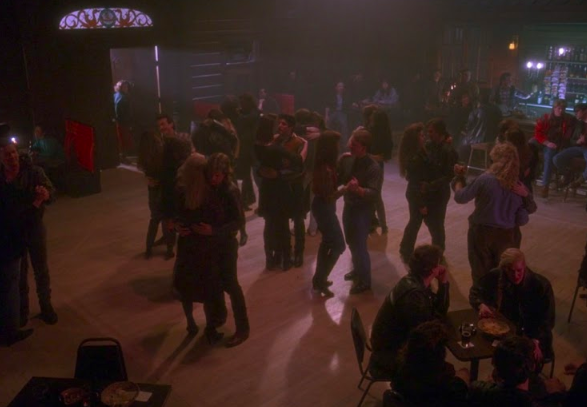 Wait for “The Nine Inch Nails” to take to the stage at the Raisbeck Performance Hall (a.k.a. The Roadhouse Interior)

We can’t promise that there’ll be some dude brushing up for a damn age by the bar or that anyone will emerge on stage to say “The Roadhouse is proud to present James Hurley” (LOL), but we do know that Lynch uses the place as the shooting location for The Roadhouse.

The hall is located on the Cornish College of Arts campus, so you might not be able to just turn up with your posse and start demanding Au Revoir Simone take to the stage. But you can certainly try. 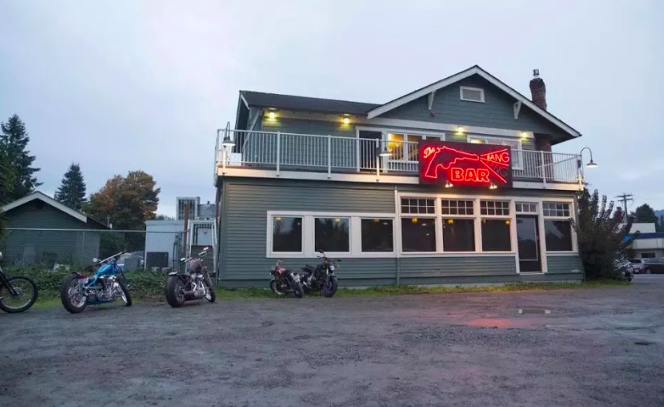 Disobey curfew outside the Fall City Roadhouse and Inn (a.k.a. The Roundhouse exterior)

Don’t sweat it if you can’t figure out a legit way to get in and see the interior of The Roadhouse because the exterior shooting location is arguably the true spirit of the place.

In real life the place doesn’t rock the same neon lights outside, but it still exudes the same vibe, regardless. Even from the outside. 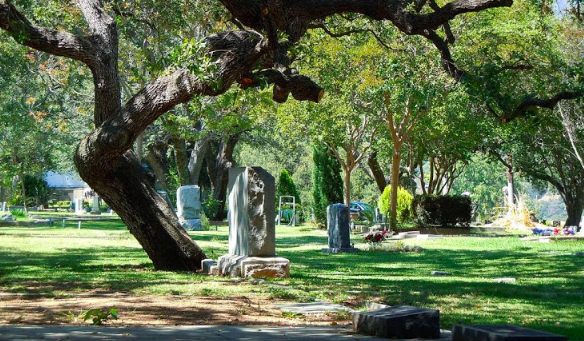 The Sierra Madre Pioneer Cemetery is the place where Laura is laid to rest (so pay your tributes peacefully) and also the location for the craziest funeral in TV history.

The place is a real cemetery with actual ceremonies happening, so for the love of Laura Palmer try to restrain yourself and don’t pull a Leland (Ray Wise) by diving onto a fresh casket as it’s being lowered. 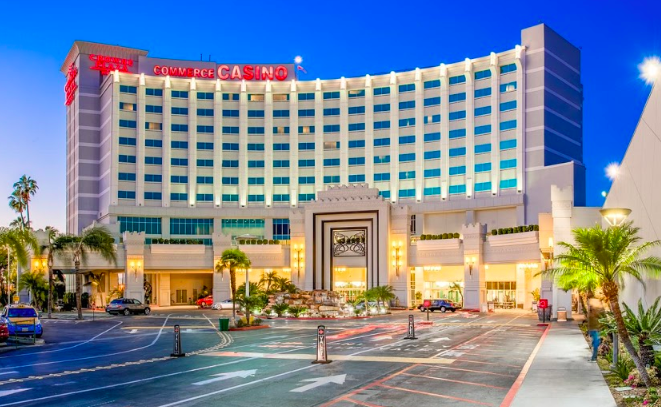 It’s the place that Dougie Jones (MacLachlan) earns himself the nickname Mr. Jackpots while screaming “HelloooOOOoooooOOOooo!” at a cornucopia of money-spewing slot machines.

You probably won’t win $425,000 in one night like he did, but damn, you can sit there and shout (or simply repeat at a respectable volume – this is a luxury hotel after all) his winning catchphrase while you lose money all you like. Arguably that has its own appeal to it. 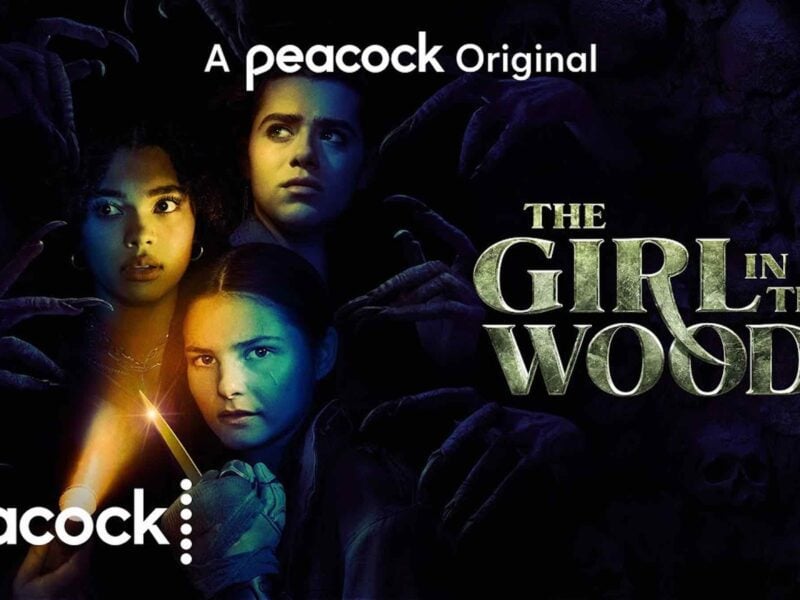