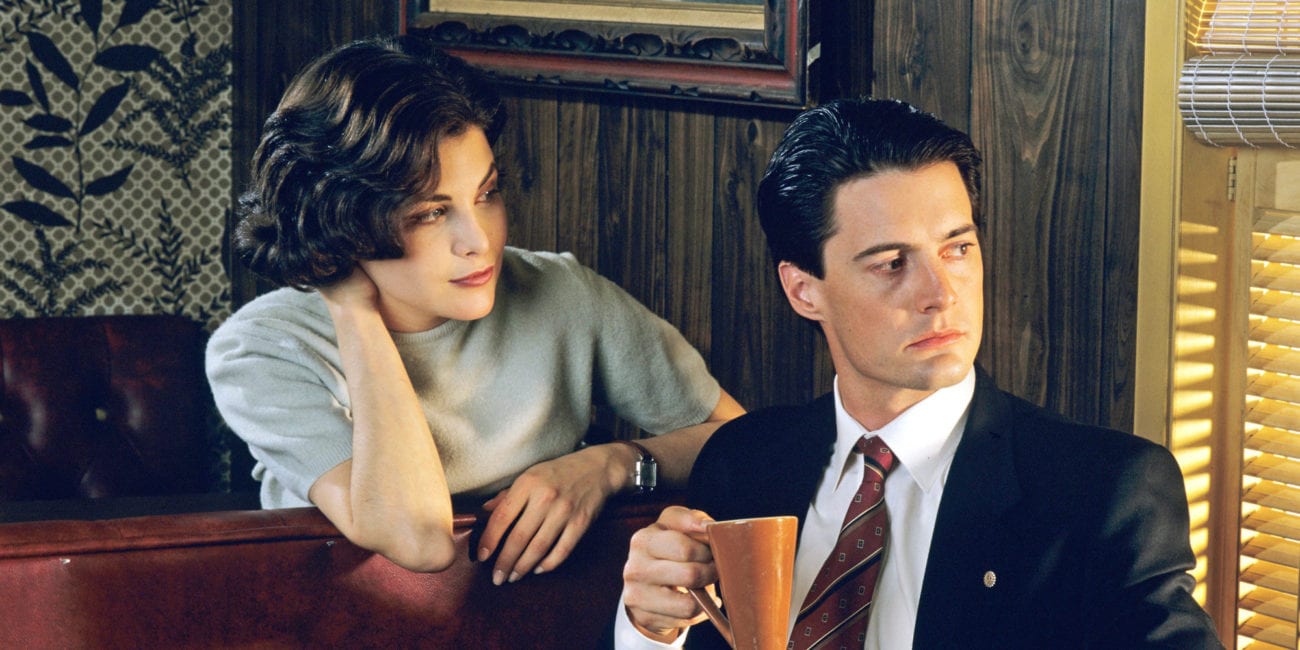 David Lynch’s characters ranked from least to most boneable

In the big, insane, ethereal whooshing world of David Lynch, there’s one thing that has remained a constant – bumping uglies often leads to death, weirdness, or harrowing pre- and post-coital behaviour.

Naturally that only piques our interest as to which characters from Lynch’s phenomenal ouvre we’d probably still want to screw in light of the potential consequences of such an act. After some time of weighing up the pros and cons of some of Lynch’s most iconic characters, we’ve whittled down 21 of the most essential and ranked them from least to most boinkable. Disagree with us? Sound off on Twitter!

There aren’t enough nopes in the world. We’d have to say “no” with a bullet and even then we don’t think the dude would be deterred.

We wouldn’t let Frank into our apartment, never mind our pants.

Would interrupt his own lurve sesh to play you a “new song” on his acoustic guitar.

So long as he can wear that stocking over his head. That’s a thing, right? Just us? Only kidding, he’s horrifying.

He’d be grateful for sure, but he’d also have no idea what you were doing, making the whole thing a bit of a boundary-crosser. Probably says “HelloooOOOOooooo” when he comes though, which is nice.

Definitely cries during the act. Avoid.

Only if he can spend a few hours watching us first.

Sure, she’s cute as hell, but she’d also definitely be the type of lover who won’t shut up and introduce some horrific pet name for you while you’re just trying to enjoy getting choked out.

He’d definitely be passionate if nothing else. But would it last longer than two minutes? Probably not.

Would probably extinguish a cigarette on your thigh before and after coitus and would likely also call you the wrong name in the middle of what would definitely be a sad screw. Probably worth it, regardless. If just to “make it” with the homecoming queen and score some blow on the way out.

11. Lady in the Radiator (Laurel Near)

Be honest with yourselves – you wouldn’t say no. Plus, imagine how delightful her plumage of facial clouds will be to fall asleep on afterwards. Just try not to think about whether or not she represents Henry Spencer’s (Jack Nance) subconscious and his desire to kill his own kid.

Undoubtedly hot but also super screwed up and could pull a knife out on you at any given moment. This is either a major yes or a major nope depending on your priorities in life.

Would be cool and tender, if a little dull. Plus, everything you did with him would likely be filmed by the Mystery Man’s really dodgy video camera while Pete has a minor meltdown over it all – which could be hot? Maybe?

She’s a total dream and only ever-so slightly messed up. She will keep saying “You’ll never have me” during intercourse though, which could salt your game.

On the one hand, he’d probably kill you in his sleep. On the other, he plays a mean sax and likely has some solid lip muscles. All in all, definitely would.

Okay yeah, he’s just an evil spirit in an alchemically stolen body, and yeah, he’d probably attack you horribly if you declined, but you can’t deny his handsomeness and the raw animalic appeal of a guy that dominant.

You’re definitely hot for Sailor and you definitely want him to wear his snakeskin jacket while he moshes you into an oblivion.

She’d keep those platform stilettos on during and probably has a wardrobe full of silky little numbers and lingerie pieces more confounding and complicated than the plotline to Lost Highway. If you’re into that – and why the hell wouldn’t you be? – she’s a high ranker right here.

This is a no-brainer. Lula is a hot; enthusiastic yes.

You know that Shelly would bake you a pie afterwards and probably be eager to try out even the most hideous of suggestions you might have. Not to mention she’s slammin’ hot.

You just know ya boy would be efficient, grateful, generous, and full of stamina. He’d also probably record a message in the middle of it all like, “Diane, currently getting laid. Haven’t seen a pharmacy in Twin Peaks yet. Please send more prophylactics.”