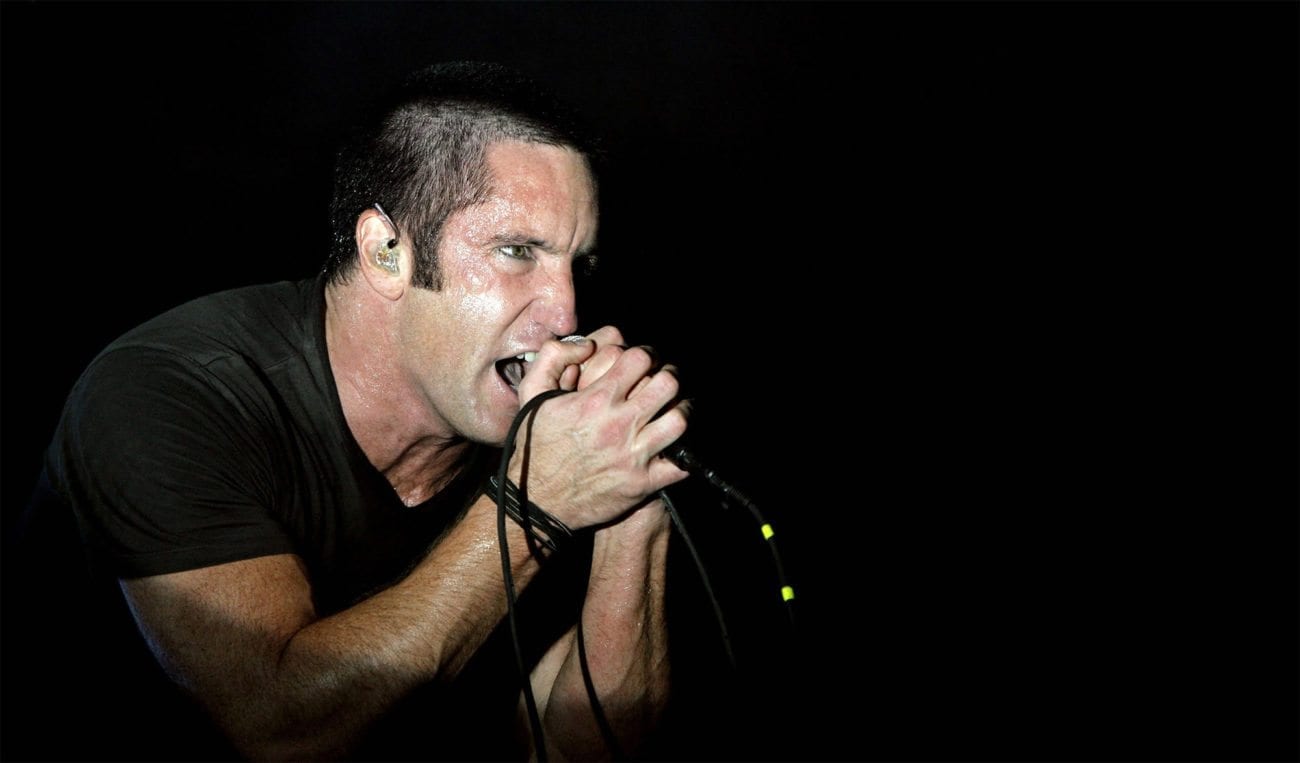 Liz Garbus’s highly anticipated docuseries The Fourth Estate aired on Showtime last year, providing a four-part exploration of the inner workings of The New York Times during the first year of the Trump administration.

There’s sure to be plenty of hustle and bustle, high-stakes investigation, and intense moments of intrigue worth tuning in for. But there’s also one other interesting element making us extremely hyped to see it: an original score composed by Trent Reznor & Atticus Ross.

The Oscar-winning composers had collaborated on a number of high-profile projects together, always with phenomenal results. However, as the enigmatic lead singer of legendary industrial band Nine Inch Nails, Reznor’s musical work has also been an indelible part of pop culture for decades.

Whether it’s a show or a movie dropping a Nine Inch Nails song into the soundtrack at a pivotal moment of the story or Reznor himself showing up on set to perform, Reznor’s musical moments are always iconic.

Between his movie composition work with Ross and the various Nine Inch Nails songs used to add drama to a movie or TV moment, here’s our ranking of Reznor’s ten greatest on-screen musical moments.

When Rick and Morty wants to, it can legitimately punch a hole through your chest and rip out your heart. With the help of classic Nine Inch Nails cut “Hurt”, the S2 finale of the show delivered a somber ending as Rick chooses to sacrifice his freedom to save his family. Did anyone anticipate this song choice? Not at all, which is also why it’s completely perfect for it.

“Closer” is a song every goth has danced to at a goth club while scores of barely clothed men and women writhe around on each other like Reznor is conducting their horniness from afar. In Magic Mike XXL, Joe Manganiello (Justice League) brings a bride-to-be up on stage and proceeds to writhe around on top of her like a goth stud while the song’s unflinching thirst pours out upon an entire club of howling ladies.

Reznor & Ross’s third and final collaboration with director David Fincher (Mindhunter) is still a strong effort, but it’s definitely the weakest of the three. Though it does introduce the killer intrigue and dark power of the movie incredible well.

As Vulture pointed out, the song selection hints that it may be an ironic choice of Dr. Ford’s (Anthony Hopkins) design, “poking a little fun at the guests who think their desires are being met in the moment.” Show composer Ramin Djawadi (Game of Thrones) suggested to the website the somber evocation of the song “might be on purpose. It makes it more ironic.”

Reznor & Ross managed to capture the captivating parallels of sweetness and savagery at the heart of lead character Lisbeth Salander (Rooney Mara) with their droning score for the Fincher adaptation of Stieg Larsson’s hit book. Dark and ambient, the music splinters from sparkling music box style melodies to chilling industrial soundscapes that throb with maleficence.

In a season full of offbeat, surprise musical performances at The Roadhouse, it makes sense that Nine Inch Nails (or “The Nine Inch Nails” as they’re memorably introduced in the episode) would perform an abrasive dirge during the most disturbing part of The Return.

“She’s Gone Away” is as dark and foreboding a song as is necessary for an episode full of surrealist horror, atomic bomb blasts, and an esoteric poet simultaneously crushing people’s skulls while asking if anyone’s “gotta light?”

In their first collaboration with Fincher, Ross & Reznor made a jaw-dropping score full of intrigue. The pacing of the music helped push the movie forward while adding dimension to Fincher’s examination of privilege, entitlement, and business world backstabbing in a digital age.