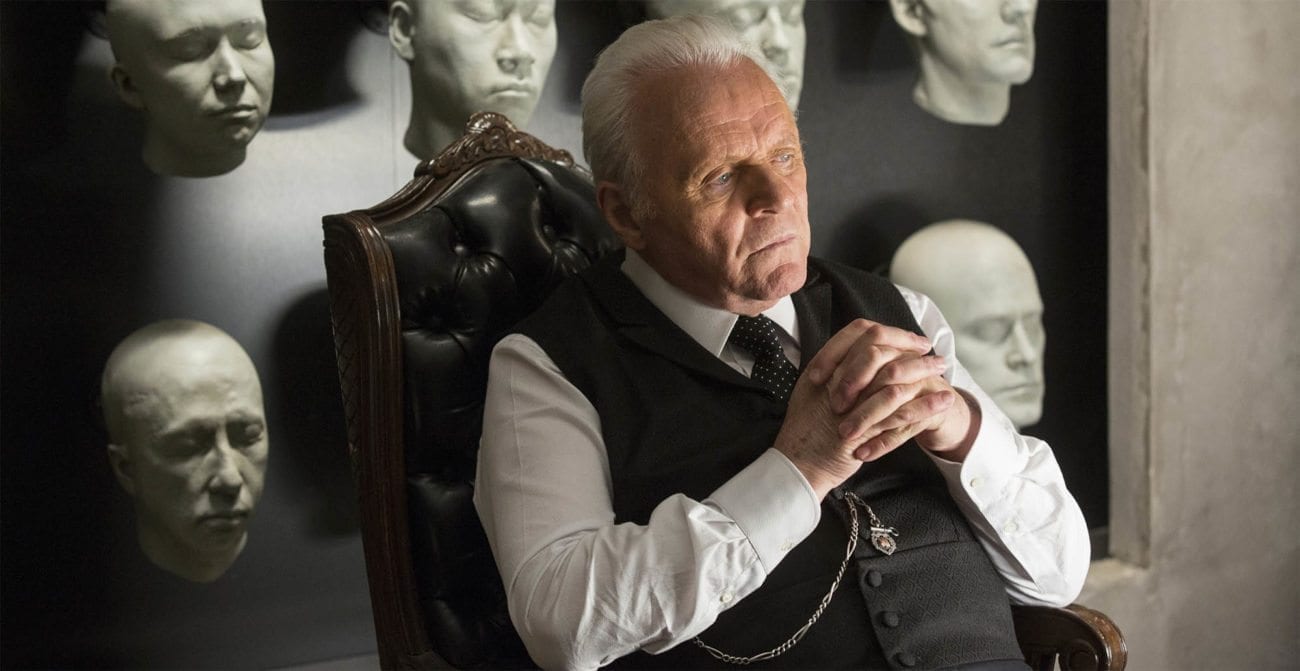 From the Raj to the Romans: The old and new parks of ‘Westworld’ season 3

We waited a rootin, tootin year and a half for the anticipated second season of Westworld. Was it worth it? You bet your sweet ass it was. More robots masquerading as cowboys, villains acting villainess within the Delos Incorporated headquarters, and one pissed off  Dolores (Evan Rachel Wood) running out of the park like an absolute badass.

Episodes like “Virtù e Fortuna” ventured into one of the six parks owned by Delos – and it wasn’t Shogun World. (Those sneaky showrunners derailed us with their deliciously enigmatic Easter eggs!)

While we wait for the third season, let’s pay some special attention to those other parks of Westworld – all of which hold potential for a real smorgasbord of new hosts outside of the dusty roads of Sweetwater – before turning our attention to the parks of the original Westworld films, created long before Anthony Hopkins (The Silence of the Lambs) and his wry smile oversaw the development of the Delos universe.

Welcome to the Raj

All this time we thought a Samurai sojourn in Shogun World would be our main venture into a new park. In E3 Jonathan Nolan & Lisa Joy went and threw an almighty curveball at our unsuspecting faces in the shape of the Raj.

Also known as “Park Six”, it is the third distinct world in the Delos universe, hinted in the second trailer in which we saw Bernard Lowe (Jeffrey Wright) standing over a deceased tiger (which many of us assumed was a clip from Shogun World).

You may remember in the run up to S2’s release we were introduced to a well-crafted and clue-ridden Delos website. The “Experience” section on the site featured six parks, four of which were closed to the public and the other two purporting to present Westworld and Shogun World. However, the site now includes The Raj, inspired by a British colony which ruled over India. 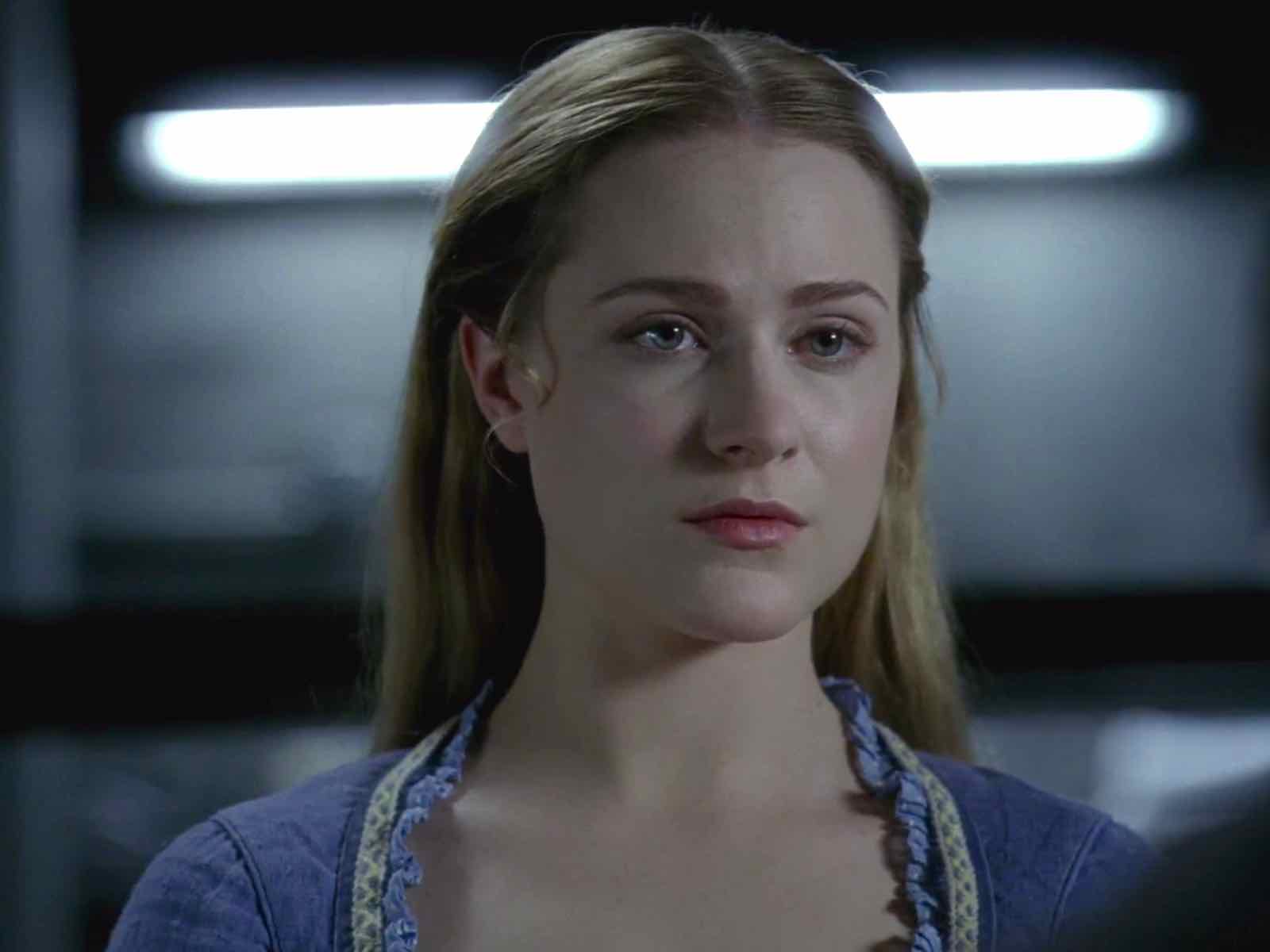 On the site, the Raj section states, “If being pampered by our world-class spa isn’t your cup of Darjeeling Tea, the park’s jungles and mountains are your only chance to glimpse magnificent beasts long vanished from your world.”

The park was introduced to us in the opening scenes of episode three, as guests Nicholas (Neil Jackson) and Grace (Katja Herbers) enjoy a hunting trip before meeting a violent end. As Screen Rant pointed out, even by Delos’s standards the concept of the Raj is pretty fucked up.

“The enslavement and colonization of South Asia by the white European powers from the 17th to the 20th centuries seems to be a particularly nasty fantasy meant to cater to the even baser instincts of a particular kind of wealthy clientele.”

While the Raj grabbed much of our attention, this is not to say we didn’t catch a glimpse of Shogun world, with Maeve and the park colliding again in the episode’s final moments. However, the long-awaited insight was overshadowed somewhat by the unexpected journey into The Raj.

The Raj & Shogun World might not be the only new parks we get to explore in season two. When asked about Roman World & Medieval World (both of which featured in the original 1973 Michael Crichton movie), Westworld co-creators & showrunners Jonathan Nolan & Lisa Joy responded, “We had to save something for season 2.”

Hint, hint? Could be! Of course this is by no means confirmation that we’re going to see Dolores and Maeve battling knights in chainmail and warriors in sandals anytime soon, but it does prove that there are many more possibilities when it comes to Westworld S3 beyond the confines of the three worlds we’ve already been introduced to.

Roman World is one of three resorts in Crichton’s 1973 film and one of four in the sequel, Futureworld (1976). The official description for the park used to entice guests described it as, “A lusty treat for the senses in the setting of delightful, decadent Pompeii. Here the traveler experiences the sensual, relaxed morality that existed at the peak of the imperial Roman Empire.”

It’s up for debate as to the exact dates of when the park was based around, as Pompeii was destroyed in AD 79 and the Roman Empire hit its peak in AD 117. It is the least seen of Delos’s parks in Westworld, serving only as a backdrop for concept framing, robot malfunction, and the protagonist’s chase scene, meaning there’s plenty of room to explore this historical period within HBO’s modern remake (should they choose to take us back there).

In the same film, Medievalworld was introduced as another of the trio of parks in Crichton’s original. As a 13th century British setting, the description stated, “This is Medieval World, where we have reconstructed 13th-century Europe. A world of chivalry and combat, romance and excitement. Our teams of engineers have spared no expense in this re-creation, precise to the smallest detail.”

The park comes second after Westworld in the movie, serving as the setting for the Banker’s escapades and illustrating the exploits guests could potentially enjoy if such a world were introduced in the updated series.

Released in 1975, the later sequel delved into new territory after Delos spent $1.5 billion on building the new sections of Spa World and Futureworld. There wasn’t a huge deal of difference between Spa World and an actual spa, except that old age and pain had been eliminated.

On the other hand, Futureworld was huge and served as an ideal place for space buffs looking to get their moonwalk on while still dolling out healthy doses of meaningless robot sex and meaningless robot violence.

As the marketing statement read, “Futureworld, where you will be transported throughout the solar system, commanding your very own rocket ship, enjoying the favors of robot women of weightless beauty, soaring through space like an astronaut.”

In other words, a place for guests to take the Mile High Club to a cosmic new level. Will we see Dolores and Maeve take their battles above the stratosphere? This much is unclear, but with an HBO budget and a strong fan base, there’s definitely more to explore within the Delos universe.