In honor of Netflix’s latest sci-fi series Altered Carbon premiering on Friday, we thought it was about time to share some other must-see sci-fi shows and movies coming in 2018 that are making us feel palpably cosmic with excitement.

The Marvel Cinematic Universe continues its march forward with an upcoming spate of movies blending science fiction & action. But a lot of other crossover shows and features are worth looking out for this year – blending fantasy, drama, and horror with enough sci-fi tropes to keep fans of the genre invested. Not to mention a fair amount of straight-up sci-fi projects are simmering without dipping their toes into the waters of other genres for their story.

Start prepping your schedule accordingly – the following 15 TV series & films are our picks of the choicest of the pack.

Ryan Coogler’s highly anticipated addition to the Marvel Cinematic Universe looks visually stunning, genuinely thrilling, and stacked full of talent like Michael B. Jordan and Lupita Nyong’o. Rachel Morrison, who recently received an Oscar nomination for her work on Netflix’s Mudbound, handled the cinematography – if it didn’t have enough going for it already.

Watch the trailer for Black Panther 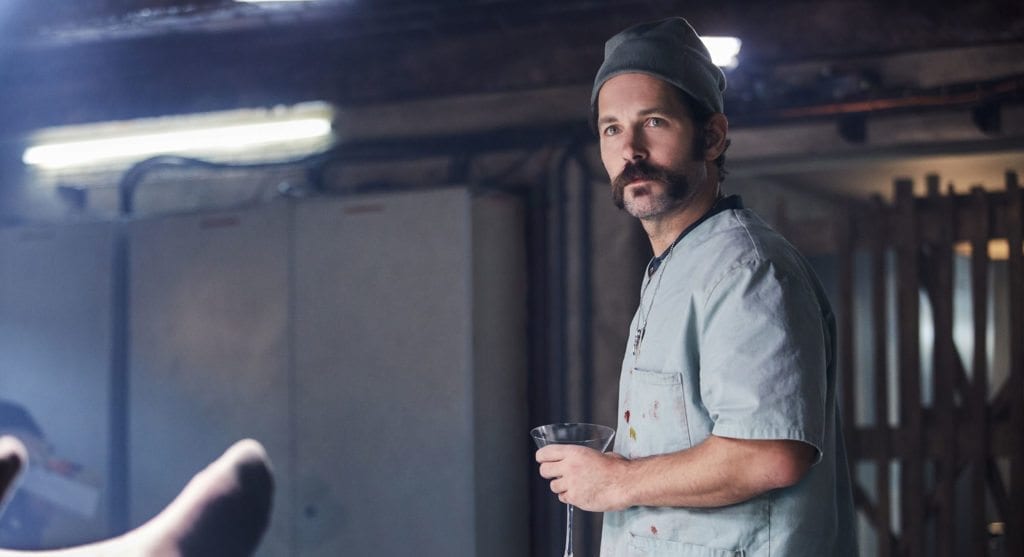 Watch the trailer for Mute

Watch the trailer for Annihilation

4. A Wrinkle in Time

Watch the trailer for A Wrinkle in Time

Steven Spielberg’s adaptation of Ernest Cline’s hugely popular novel boasts a maelstrom of pop-culture references set against a dystopian backdrop. The movie is definitely one to watch with your nerdiest buddy so you can compare notes on easter eggs afterwards.

Watch the trailer for Ready Player One

Throwing a new spin on the X-Men universe, this Josh Boone-directed flick focuses on five young mutants as they discover their abilities and fight to escape a secret facility.

Watch the trailer for The New Mutants 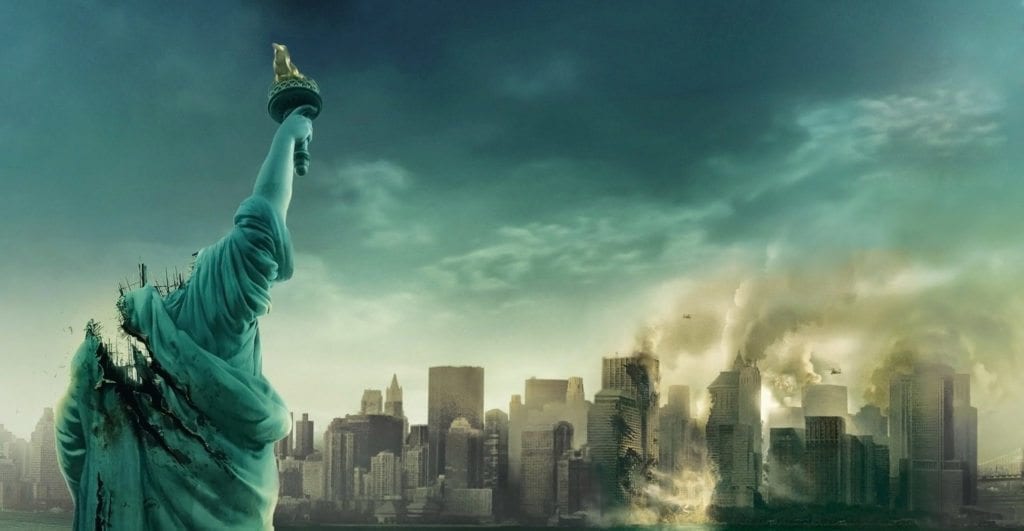 This one is currently shrouded in frenzied speculation. The movie, rumored to be called God Particle and set on a space station, is said to have been eyed up by Netflix during Sundance. As has become tradition for the Cloverfield franchise, we might not know much else right up until the movie is close to premiere – but the wait is hopefully still worth it.

Dwayne “The Rock” Johnson stars in this live-action remake of the cherished 80s video game in which a pet ape grows to monstrous proportions and destroys a city. Sounds like the perfect beer-and-popcorn combo movie.

Watch the trailer for Rampage

All existent franchises of the MCU collide in the latest Avengers installment, in which every superhero imaginable fights to save the universe from the greedy purple mitts of Thanos. Expect plenty of chaos, spandex, and sassy one-liners.

Watch the trailer for The Avengers: Infinity War 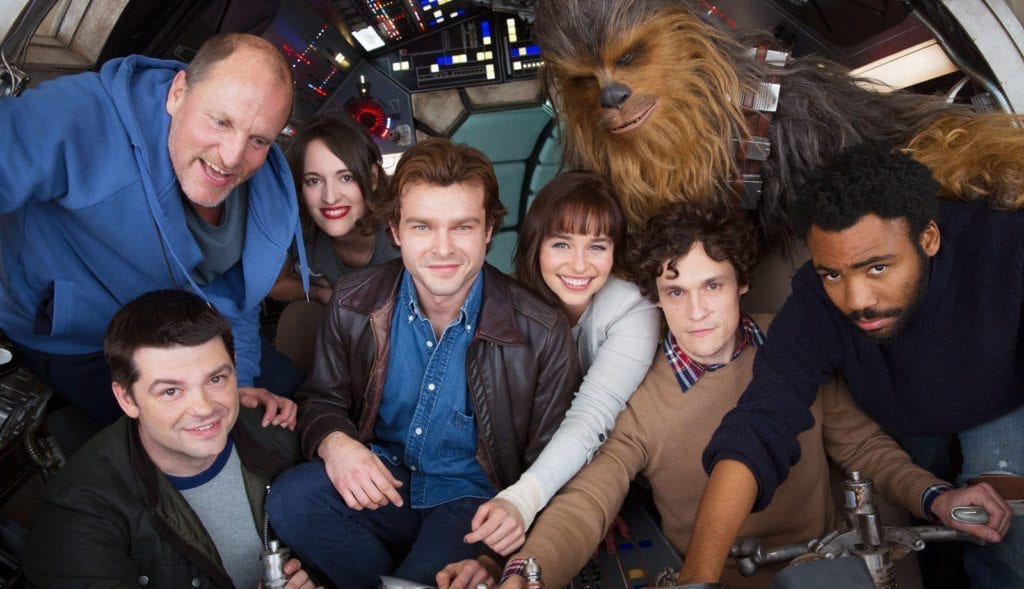 Another movie strangely shrouded in secrecy, it focuses for certain on a young Han Solo and stars Woody Harrelson (True Detective) and Donald Glover (who I’m going to refer to as Childish Landino for the next few months) amongst others, but that’s about it, as fans still wait for a teaser trailer. If we’re being honest, Solo could easily become a hit without one.

Ya boy Keanu Reeves (The Matrix) is getting his sci-fi hustle back on as a scientist creepily replicates his family after they die in a car accident. Gonna go ahead and predict the unethical experiment might not quite go smoothly.

Watch the trailer for Replicas

The chance to see Evangeline Lilly finally able to kick some serious ass as the Wasp to Rudd’s Ant-Man is reason enough to be excited for the second film in Scott Lang’s story.

Watch the trailer for Ant-Man and the Wasp 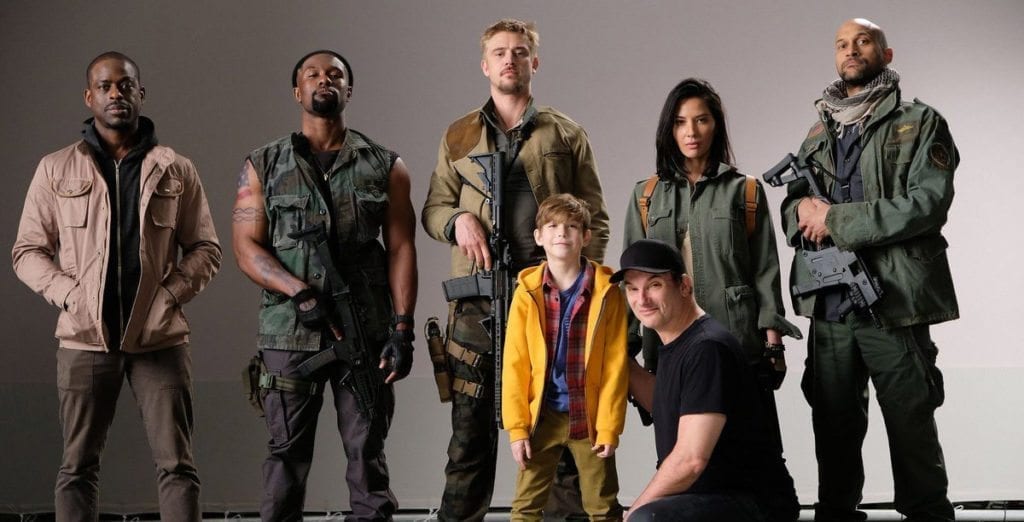 Shane Black’s contribution to The Predator universe stars Sterling K. Brown (This Is Us) , Thomas Jane (1922), and Jacob Tremblay (Room) and will hopefully reverse any of the rhetorical damage the Alien Vs. Predator movies caused. This one will likely also be set at Christmas, because we’re all aware of Black’s affinity for the holiday season. The man cannot be stopped.

Few details have been revealed regarding Netflix’s ten-episode reboot of the classic 60s sci-fi show, including when it will premiere with the streaming giant. What we do know is it’ll be a modern retelling of the story and feature the snarky talents of the esteemed Parker Posey as Dr. Smith, which bodes very well. 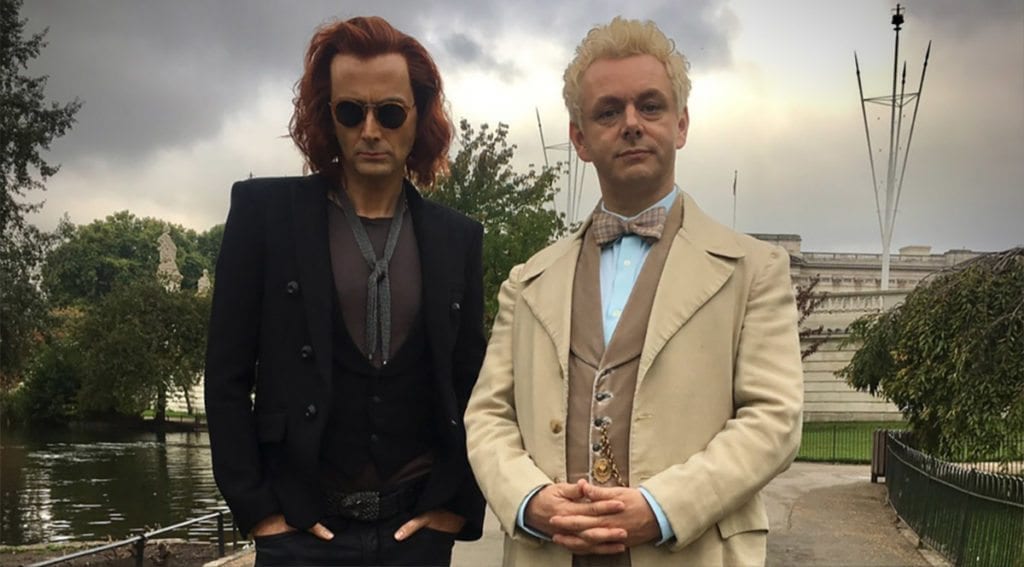 Amazon has yet to announce a release date for this TV adaptation of Neil Gaiman and Terry Pratchett’s classic book, but by all accounts it’s shaping up to look phenomenal. Featuring David Tennant (Doctor Who) and Michael Sheen (Frost/Nixon) in lead roles and adapted for the screen by Gaiman himself, the show should remain faithful to the source material while boasting sharp performances.