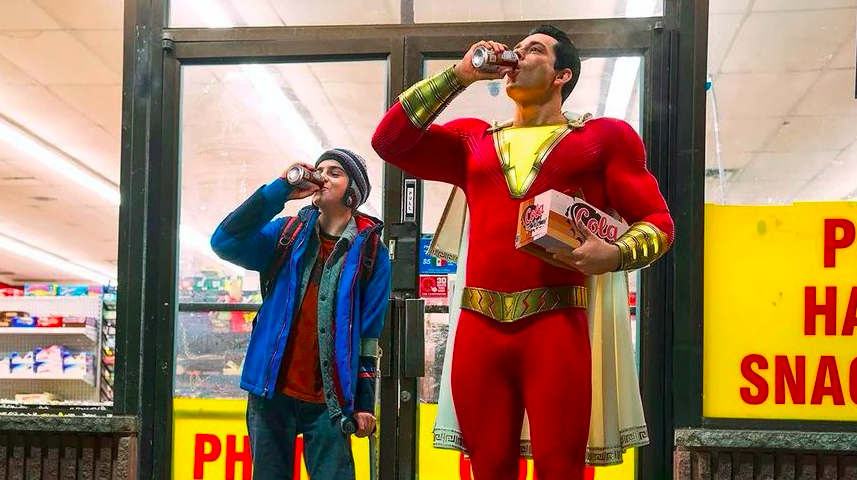 It’s been a helluva week for pop culture news, as the San Diego Comic-Con a.k.a. the granddaddy of comic book conventions wraps up its sci-fi animation mecca for another year after a feverish four days of cosplay contests, screenings, and countless panels with artists & showrunners.

The 2018 event has felt a little different than the previous years, with a few notable absences including the superhero powerhouse Marvel. Perhaps this was made all the more glaring by the fact that the franchise absolutely dominated last year’s event thanks to the buzz over its box office bulldozers, Black Panther and Infinity War. It was a different story this year, as Marvel is keeping schtum about its 2019 Avengers film for the time being.

Over to the small screen, and HBO was also relatively quiet this year, marking the first SDCC where a season of Game of Thrones had aired but was not present. Westworld was also missing, meaning the network sat out of the event entirely. You’d think this would’ve marked the perfect opportunity for Netflix to swing its gigantic, money-filled balls all over the place having made such a huge push at the 2017 SDCC – but as Think pointed out, the streamer backed off, with its (arguably) best offering being the follow up to its Marvel flop Iron Fist.

While this lack of buzz could indicate SDCC has lost some of its star power, it also highlights how SDCC was never supposed to be about prestige TV shows or epic movie franchises. “Its original purpose was to celebrate the niche and nerdy, and allow every fanbase a moment to shine. Maybe with a little less star power, they can (again).”

And all this talk of HBO and Marvel’s absence is not to say there weren’t a whole bunch of announcements to have emerged from the event. Here are some of the best bits from the 2018 San Diego Comic-Con for you to pore over.

With Marvel stepping down from center stage, it meant there was plenty of room for Warner Bros. to dominate Hall H, which it did with a huge two-hour Saturday morning panel where the studio revealed a whole host of new films including (take a deep breath): Aquaman, Fantastic Beasts: The Crimes of Grindelwald, Godzilla: King of the Monsters, and Shazam. Yikes! Welcome news for DC fans who are somehow able to tell the difference between the DCEU and the MCU and have grown tired of the latter taking all the theater glory.

Catch a glimpse of Aquaman and his fish-talking skills

As mentioned, Warner Bros. treated SDCC attendants to the first ever glimpse of Aquaman – the follow up to last year’s Justice League and the next trashterpiece to be added to the DCEU. Starring Jason Momoa as the underwater fish whisperer, Aquaman looks set to be a CGI mess of a film, but one that will no doubt get butts in the seats regardless. It looks a lot less campy than it should do – here’s hoping the film offers more humor and quips than the trailer does and doesn’t take itself too seriously like many DC movies mistakenly have.

Fantastic Beasts: The Crimes of Grindelwald

If you don’t yet have franchise fatigue and wish the Harry Potter flicks would Wingardium Leviosa the fuck out of your life, you might just be excited to hear that yet another Hogwarts-based film is headed to the big screen. Squeezing that cash cow for every last drop it’s got, the next instalment of the prequel franchise – Fantastic Beasts: The Crimes of Grindelwald – looks a lot darker than the last. Probably because the cast resembles a washed-up Hollywood A-list reunion, with Jude Law as a young Albus Dumbledore and Johnny Depp as the dark wizard Grindelwald.

Godzilla: King of the Monsters is here

Following a rather lackluster 2014 Godzilla revival, Godzilla: King of the Monsters looks like it could pump some kaiju fun back into the franchise. Plus Millie Bobby Brown stars – need we say more?

The first trailer for DC’s upcoming superhero movie shazamed all over the audiences at SDCC this year as an unexpected addition to the DCEU, as many haven’t even heard of the titular cape-wearer. Nonetheless, the film stars Zachary Levi and Jack Dylan Grazer and looks like it could bring some much-needed humor to DC’s cinematic universe.

First look trailer for the first ever female Doctor Who

A group of 6,000 fans were treated to the first look of the 13th Doctor Who in action, seeing Jodie Whittaker taking the position as the first female Doctor in the sci-fi bastion’s long running history. According to ABC: “Whittaker said playing the role of the extra terrestrial being who explores the universe in the Tardis was ‘really liberating’ and it was inevitable that a woman would one day be cast to play the Doctor.” We guess all there’s left to say to the many fans who completely lost their shit at the thought of a (heaven forbid) woman playing a doctor is: suck it up, bitches!

Star Wars: The Clone Wars is back

All the way from a galaxy far, far away came the surprising reveal that Disney was bringing its animated show Star Wars: The Clone Wars for another 12-episode season, meaning fans jonesing for another instalment from the space opera franchise won’t have long to wait (not that they did anyway) before being given more content to feast upon. Keep your eyes peeled for a release date to come.

The first trailer to Matt Groening’s new comedy animation got audiences pumped at the SDCC, especially since we only have to wait until August 17 until the entire first season drops on Netflix. Described as a cross between The Simpsons and Game of Thrones, the new trailer may only be less than a minute long, but it’s enough to make any Simpsons or Futurama fan lose their mind!

After surprising everyone with his 2016 film Split by revealing (spoiler alert!) it was in fact a sequel to his 2000 hit Unbreakable, director M. Night Shyamalan got peeps pumped yet again by revealing a first look trailer to the threequel in the trilogy, Glass. The trailer is described as an “easter-eggy” insight that brings the three main characters from both movies — James McAvoy’s Kevin Wendell Crumb, Bruce Willis’s David Dunn, and Samuel L. Jackson’s Elijah Price a.k.a. Mr. Glass — together to be under the care of Sarah Paulson’s Dr. Ellie Staple, a psychiatrist who works with delusional patients who believe they have superpowers.

In the ongoing battle fought by the Shadowhunters fandom for Freeform to renew its beloved action drama for another season, a group of viewers took part in an epic protest / promotion in support of the ongoing #SaveShadowhunters campaign that has been demonstrated since the young adult show was cancelled at the start of June. This included a #SaveShadowhunters pedicab (bought by the raised funds from fans) circling the grounds of the event.

In addition to the many new blockbusters heading to the big screen over the next year for superhero geeks to drool over, a number of exciting new TV projects were announced at this year’s San Diego Comic-Con including: a dark new trailer for DC’s live-action show Titans; a Star Trek: Discovery S2 trailer teasing Spock, Christopher Pike, and Tig Notaro; the announcement that Joss Whedon is developing a “richly diverse” Buffy the Vampire Slayer reboot; and Freeform confirming season two for its superhero show Cloak and Dagger.

Oh yeah, and as predicted, AMC continues flogging that (un)dead horse by releasing the trailer for season motherfuckin’ nine of The Walking Dead. When will that shuffling corpse just bite the dust already? Not for a long time it would appear.

Well, that’s all for another year, folks! We hope you enjoyed our SDCC roundup – now go live long and prosper with the knowledge that there is plenty of juicy sci-fi / superhero action coming your way over the next 12 months.