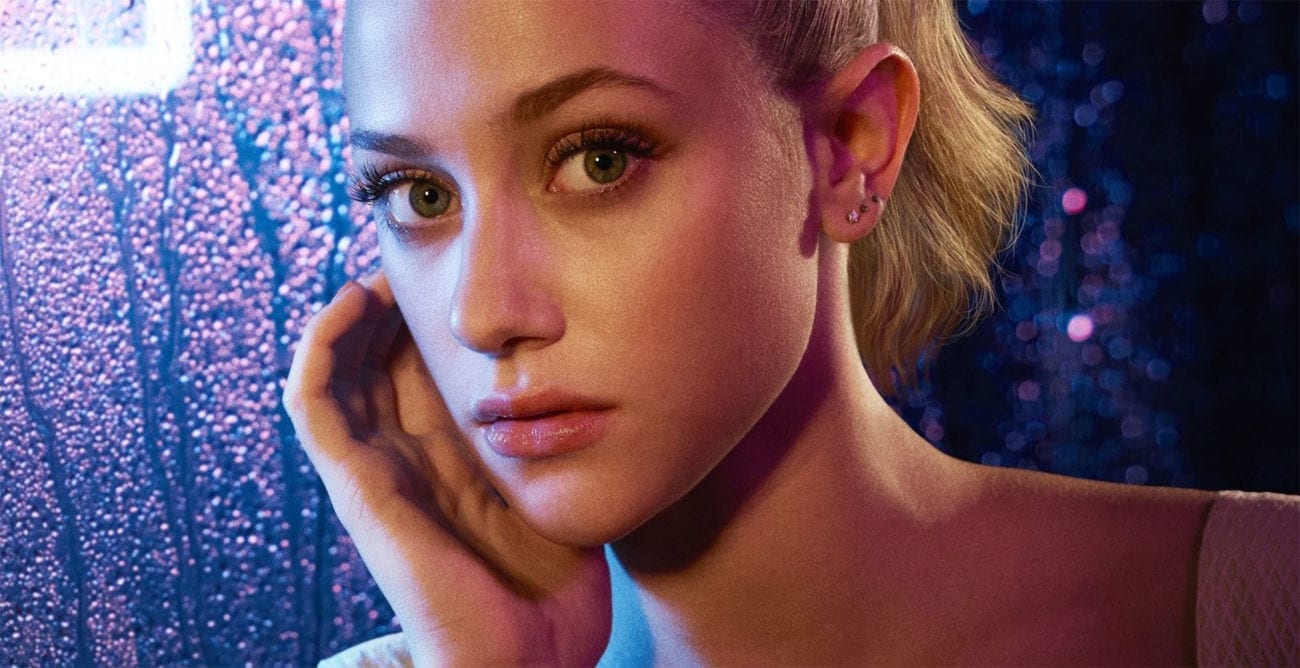 Female representation on screen is better than ever, with films and TV shows offering a diverse range of complex female characters that break away from the traditional stereotypes of Old Hollywood – the damsel in distress, the doting mother, the disposable woman who is nothing more than a prop used to give the male protagonist drive.

However, while we may have moved on from these conventional cliches, there is still a number of lazy tropes for women present in even some of the most complex of characters. Here are some of the worst modern feminine stereotypes seen in film and TV today.

Yep, Lili Reinhart’s character in Riverdale is one of our favorites – but her alter-ego is so infuriating that it’s getting its own trope subsection. In essence, her dark side is nothing more than a modern update on the classic Sandy from Grease good-girl-turned-bad trope disguised with a black wig and some lacy underwear. And it keeps popping up in Riverdale with Reinhart’s transformation into Dark Betty.

The whole “I have an inner darkness” skit is executed so lazily and poorly in Riverdale that it loses its edge and its brevity, much like it does with other characters for which this trope is used. Dark Willow in Buffy the Vampire Slayer, for example. By all means, we’re all for young adult shows exploring young women struggling with growing up, but Dark Betty is a reductive way to do it.

Manic Pixie Dream Girl was a term coined in 2007 by writer Nathan Rabin, who defined it as a character who “exists solely in the fevered imaginations of sensitive writer-directors to teach broodingly soulful young men to embrace life and its infinite mysteries and adventures.”

In other words, this trope defines whimsical, shallow, and bubbly women who are only there to inspire men – mentally and sexually – through their quirky nature. Think Natalie Portman in Garden State, Kirsten Dunst in Elizabethtown, and Zooey Deschanel in pretty much everything she’s done.

Really, any female character that fits the “I’m not like other girls because I have one different characteristic” box is a manic pixie dream girl. Looking at you Ramona Flowers.

The Deadpan Snarker is a character who is prone to sarcastic, sometimes bitter, sometimes whimsical asides. They can vary wildly from occasional amusing one-liners to complete obnoxiousness.

As this trope has slowly shifted away from being installed as the only notable trait of male characters in TV and film, we’re going to go right ahead and say it’s now a prevalent stereotype for women, particularly kidults who seem to think the only way to deal with adolescence is by throwing out an outrageous number of sarcastic one-liners that no teen would be able or willing to conjure up with such frequency.

Let it be known that we’re huge fans of The End of the F***ing World and Jessica Barden’s role within it, but you can’t deny that Alyssa was a little too heavy on the snark side. Meanwhile, Lost in Space’s Penny (Mina Sundwall) and her relentless comebacks were off the fucking richter scale, as was Jenny (Amy James-Kelly) in Safe.

Now this trope is mostly present in anime and manga, but it does come up in TV and film too. These female characters cope with a despair or a dark and troubled past by becoming as cynical, stoic, and / or badass as possible. And they’re damn sexy while they’re at it, obviously.

There are many examples of the Broken Bird trope in superhero shows and movies, a shining example being Melinda May on Agents of Shield, who was an easygoing, cheerful woman until a mission where she was forced to kill a young girl who had turned evil. After that? She was as cold and distant as a broken bird would be.

You also see it in The Handmaid’s Tale’s Janine (Madeline Brewer). One minute, she’s a snarky, smart, and feisty woman. However, as soon as a Gilead enforcer removes her eye, she transforms into a shell of a woman with an almost childlike demeanour.

While you could argue the removal of someone’s eye is traumatic enough to ignite PTSD, her character transformation is dramatic, sudden, and therefore unrealistic, particularly considering the dark past she’s evidently already endured before Gilead had taken over.

Yep, this trope’s still going strong, apparently. Or at least it is in Netflix’s Insatiable, a show that caused so much controversy, there was a call for it to be cancelled before the first episode had even aired. The show itself follows a “fat girl” (a thin girl in a fat suit) named Patty (Debby Ryan) who gets punched in the face, has her jaw wired shut, loses weight (and subsequently becomes “hot”), and seeks revenge on those who bullied her.

In other words, it instills unhealthy messages on body image while also unsubtly telling the viewers that it’s possible to transform into a sub-human supermodel by being forced to not eat for a few months.

Aside from that, this trope was prevalent in the late 90s, early 00s, when the women of the silver screen could apparently become stunners by simply taking off their glasses and doing something new with their hair (we’re looking at you She’s All That and The Princess Diaries).

Like the Deadpan Snarker, this is a trope we’re starting to see more in female characters. An Intrepid Reporter is an investigative journalist who goes out and finds stories, rather than letting them come to him or her. We hate to even bring NBC’s Hannibal into this because that show was near-perfection. However, this trope can been seen loud and clear in tabloid blogger Freddie Lounds (Lara Jean Chorostecki).

She’s headstrong and powerful, yes. But her methods to get the scoop see her crossing the ethical boundaries and moving towards illegal territory – in the first episode alone she lies to the police, publishes details on an ongoing murder investigation, and eavesdrops on a private psychiatric session with her dictaphone. Yikes! Of course, Hannibal (Mads Mikkelsen) catches her out because, well, he’s Hannibal.

We see similar traits in HBO’s recent Sharp Objects. Amy Adams’s Camille Preaker proves to be the worst journalist ever while investigating the murder of two young girls. She pulls up to the side of the road for impromptu interviews, she doesn’t take notes from her subjects, and even when she does, she seems to cut the Q&A’s after just a couple of questions. Eh?

This is one of the most insidious tropes of all because unfortunately the trans community is still misunderstood by so many people across the world, and for TV and film to perpetuate old stereotypes about trans women and men can be damaging. Thankfully, shows like Transparent and Pose are starting to portray trans characters with complexity and authenticity.

But we’re still seeing tropes like that of the Trans Hooker pop up time and again, including in Timothy McNeil’s Anything. The drama film is based on the director’s play of the same name, about a heartbroken widower who moves to Hollywood where he meets and falls for his charming neighbor, a trans sex worker named Freda.

Not only was Anything mired in controversy for playing on this trope, but it also drew criticism for casting cisgender actor Matt Bomer for the role of Freda. A similar case unfurled with regards to Jared Leto’s Rayon in Dallas Buyers Club.