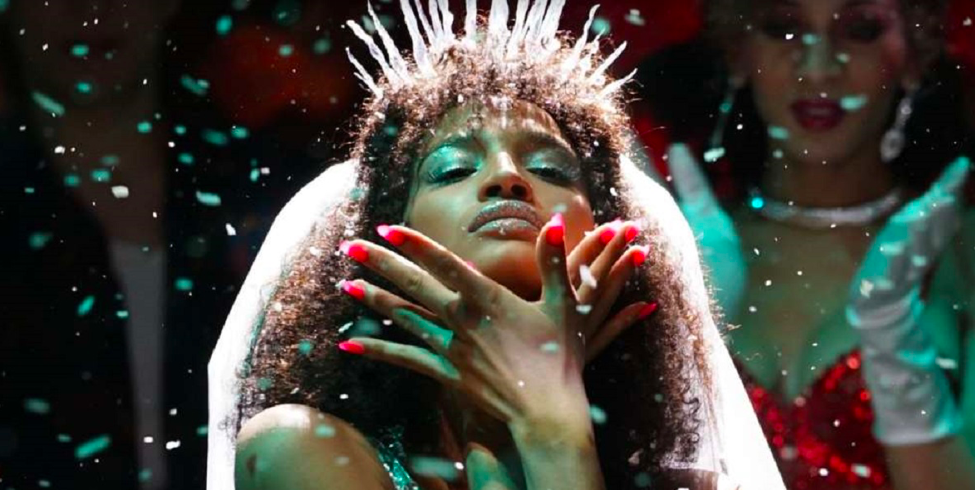 Ready, children? ‘Pose’ is back and it’s still the most important show on TV

Get ready, children – the ballroom is calling you. We’re delighted to announce that the second season of Pose will sashay into your bingewatch list over at FX on Tuesday, June 11th, 2019 at 9 pm. With such illustrious news, it’s only fair we spill the tea on why the season premiere of Pose should be a date you add to your TV watching schedule.

As a landmark statement of the capabilities of television, Pose is stacked with milestones. It features the largest transgender cast in TV history and the Ryan Murphy produced FX drama also boasts the first transgender woman of color to direct an episode of television thanks to the talents of best-selling writer Janet Mock. Those are some outstanding foundations to rest a show of this power upon, but dig deeper and Pose is harboring even more firsts. 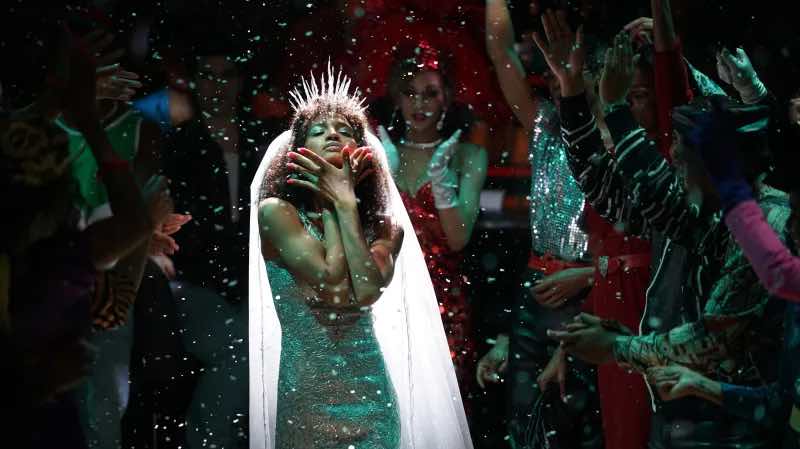 Furthermore, Pose is one of the first shows in a long time that we’ve so passionately gone crazy for. Within the eight episodes of the near-flawless first season, it’s proven itself to be luminous, devastating, life-affirming, horrifying, majestic, profound, and nothing short of mesmerizing. The writing on this show is masterful. It bounds between heavy sociopolitical and LGBTQI issues against a period backdrop of the 80s while still capably serving up an entertaining narrative – not an easy feat by any means.

With the exception of actors like Evan Peters, Kate Mara, and James Van Der Beek, the main cast are primarily made up of unknowns. It really serves to highlight the quality of writing and acting that within just a few episodes, Dominique Jackson, Angelica Ross, Dyllon Burnside, and breakout star Indya Moore all had us completely invested in their respective characters and their journeys.

In this way, Pose is a powerhouse of storytelling – an epic ensemble piece that juggles several colossal and intimate plotlines at once without ever dropping momentum.

Instead, the show packs a swarm of emotionality into every scene, every gesture, every song, and every character. In combating some of the historical revisionism and appropriation of ball and drag culture, the show highlights that ballroom isn’t solely an aesthetic or a performance, but is survival itself.

That notion oozes out of every second that ballroom impresario Pray Tell (the astonishingly good Billy Porter) takes his grief to the floor by spinning MFSB’s soul anthem “Love Is the Message” on repeat while grieving for his dying lover (only recently diagnosed with HIV).

It shakes like sleigh bells out of the emotional finale of “Giving and Receiving” where Blanca gifts her chosen family of the House of Evangelista the most perfect, personal Christmas gifts over a Chinese meal. It dazzles in how Angel openly tells Stan that she finds gratification in sex work and in her married lover’s horrifying offer to give her a “home” where she can “be treated like a real woman,” to which she replies “I got a family.”

Pose is a family drama unlike any other seen before on TV and it’s arguably more rich, complex, and emotional than the weep-fodder melodrama of an ensemble family show like This is Us. This is a show about “realness”, where authenticity seeps in from behind the scenes and strikes bold and proud on screen, subverting mainstream storytelling tropes and structures of family, womanhood, relationships, and queerness itself.

By wading into such a pivotal time of change in LGBTQI history, Pose also highlights the power of resistance in various forms and allows for us to gaze into the disconcerting abyss of present US politics. When Pray plays “Love is the Message” on repeat, his rationale is that the song helps him to recapture a time before HIV had become an epidemic within the community. A time when he and everyone else was “free to love, free to fuck, free to be our gay-ass selves” without fear.

As Matt Brennan wrote in his stunning feature about “Why Pose is the perfect accompaniment to your summer of rage” for Paste Magazine, “Pray’s rationale for playing (“Love is the Message”) is, in fact, the clarion call of Pride: Pride is presence, the refusal to be shouted down, erased, ignored, shamed. It is also, of course, resistance: Pride originated with the first anniversary of the Stonewall riots, in which queer people of color – those at the bright, unabashed heart of Pose – played a central role.” 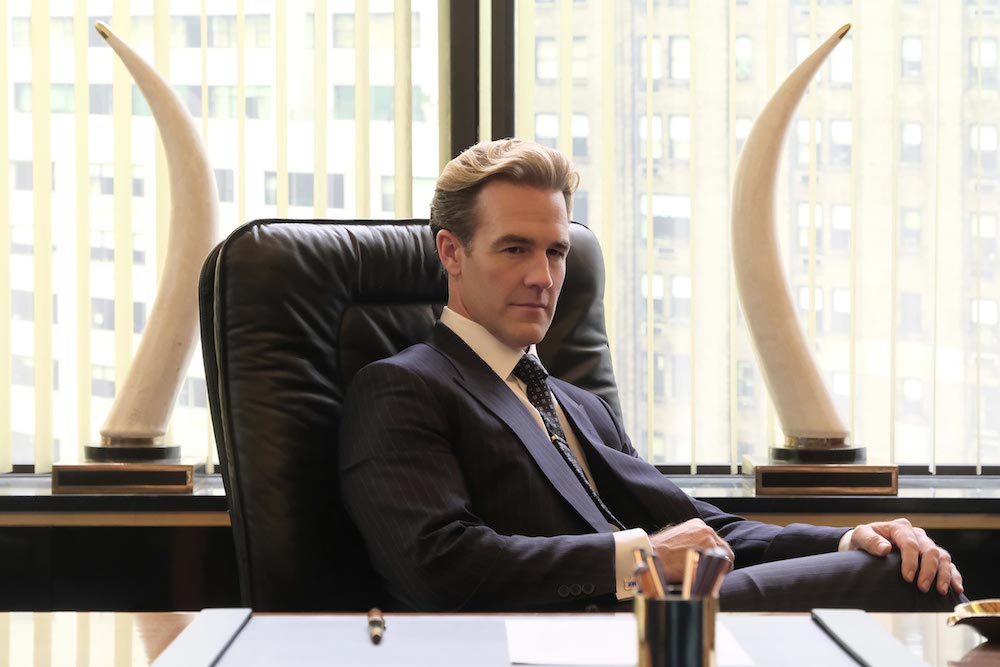 Pose takes pride in centering those queer people of color and in yelling their stories as loudly and as beautifully as they deserve to be heard, offering a reminder of those who fought (and fought hard) for the rights of the LGBTQI community to be treated with respect, dignity, and equality.

In the characters of Donald Trump acolytes Stan and Matt, the show also provides a terse reminder of the threats currently poised against the LGBTQI community now and in the future, their brash, casual bigotry leaning sharp against the money-flashing sheen of a boys’ club that is currently (mis)leading the most impactful positions of power in the country.

In fact, Beek’s character was originally going to be the current POTUS himself until Murphy realized “nobody wants to see him.” Brad Falchuk shared with Entertainment Weekly that maintaining his “specter” within the show still provided an important element in exploring authenticity. 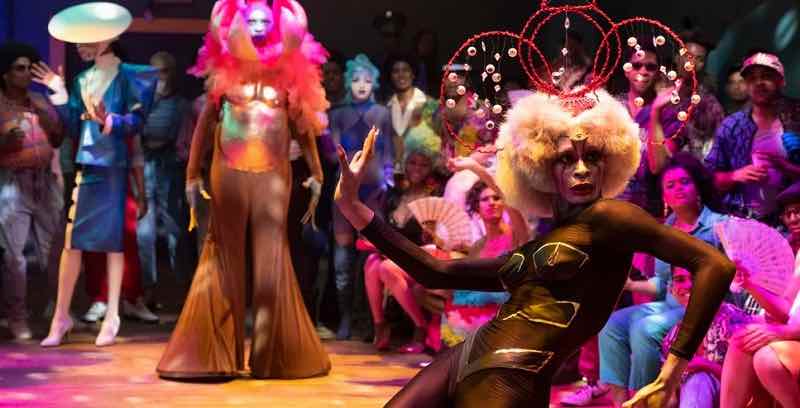 It’s a marvel, this show – a sensation. It’s without any doubt one of the best shows currently on television and possibly also one of the greatest we’ve ever seen. If that momentum can maintain and Pose can continue to walk to tens across the board, it has a shining longevity ahead of it and an opportunity to reshape television as we know it.

Soon there could even be a day when trans stories and talent needn’t be defined by landmark achievements, but merely as stories by and about men and women who didn’t have to fight and struggle to get there. That’ll be a first worth the biggest celebration of all.