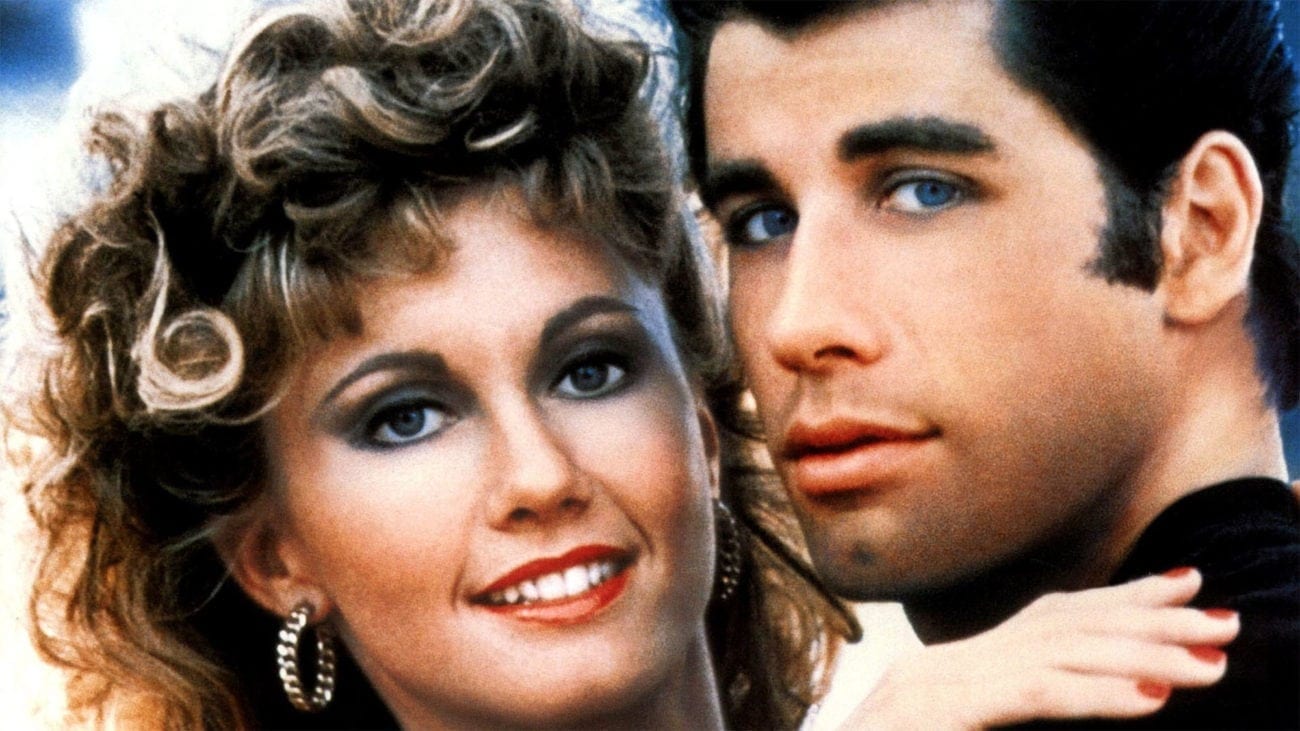 The film’s supreme, the chicks still cream for ‘Grease’ at 40

Grease turned 40 last year. And while that’s still a lot younger than the cast members who played teenagers in it, it was a huge milestone for the film that launched the careers of John Travolta (Pulp Fiction) and Olivia Newton John (Xanadu) – and taught women everywhere that taking up smoking and squeezing yourself into skin tights is the only way to score a man.

In celebration of this monumental anniversary, we take a look at what made a Broadway musical about teenage love “down in the sand” such a huge global success.

Before the (Grease) lightning!

Grease is one of those films that you just kind of assume was made in the time it was set – the halcyon days of 1958 – when you’re a kid. But then you grow up and realize that doesn’t make any sense and it was actually made in 1978.

But it’s Grease’s incredible sense of time and place really helped it to find its audience. It’s upbeat, “everything’s so great” 50s attitude is also what probably lead to Gene Shalit of The Today Show calling it “visual junk food” – and why so many people are content to continue gorging on it.

After being a huge success both critically and commercially – enjoying the second biggest selling soundtrack that year – what could possibly come next? Well, after flying off in a car for some outright insane reason, Travolta and Newton John both went on to enjoy some serious ups and downs in their careers (have we burned every copy of Battlefield Earth yet?) and the film remained a solid American classic. Then they made a sequel.

After discovering two relative unknowns in Travolta and Newton John, the makers of Grease 2 tried to strike gold again with two other unknown talents in 1982. A certain acting newbie called Michelle Pfeiffer (Murder on the Orient Express) was cast and she would go on to work with directors such as Tim Burton (Edward Scissorhands), Darren Aronofsky (mother!), and Brian De Palma (Dressed to Kill) and become a cherished icon of the big screen.

The film also cast a unknown by the name of Maxwell Caulfield, who later went on to appear in Sundown: Vampire in Retreat. If anyone knows what this movie actually is, we kindly ask you to keep it to yourself. Grease 2 was universally panned upon release and continues to cause fans of the original untold amounts of pain just to think about it.

In his review of the movie, Roger Ebert conceded the film is completely pointless on just about every level. “This movie just recycles Grease, without the stars, without the energy, without the freshness, and without the grease.”

The films trying to capture that (Grease) lightning in a bottle

Despite many attempts by films like Fame, Footloose, and The Muppets take Manhattan, it wasn’t until Dirty Dancing in 1987 that there was a genuine contender for the musical crown. But as with Grease, Dirty Dancing’s endearing quality might come from the fact it’s set in a bygone age that audiences most likely didn’t live through.

That’s something Disney picked up on as the 90s were filled with about a million musicals from the studio, absolutely none of which are set in, for example, the grunge scene in Seattle at that time – though we’d pay good money to see such a thing.

Like all great musicals, Grease has stood the test of time due to a few simple facts. The songs are catchy as hell (even if lyrically “Summer Lovin” is very dubious – more on that in a minute), but Grease’s enduring appeal probably comes most from the fact that the film is about the whole teenage experience.

Being an outsider, being in love, and having a friend that would imply you’d force yourself onto a girl “down in the sand.” Or, as Didi Conn (Frenchy) once suggested, “Grease is about firsts. First love. First car. First career disappointment, for me. So that kind of energy of firsts is what excites people over and over again. It’s honest.”

Hold up Danny Zuko – are your boys seriously singing about what we think they are?

You don’t need us to tell you that lyrically “Summer Lovin” can occasionally be very dubious. To the point where you certainly don’t want to hear a group of eighth-graders singing lines like “did you get in her draws?” or the extremely troubling “did she put up a fight?”

And don’t even get us started on the following line: “You are supreme, the chicks’ll cream for grease lightning.” We don’t want to hear grownups singing that while waggling their eyebrows suggestively, let alone kids . . . but clearly it was a different time.

Let’s leave it at that.