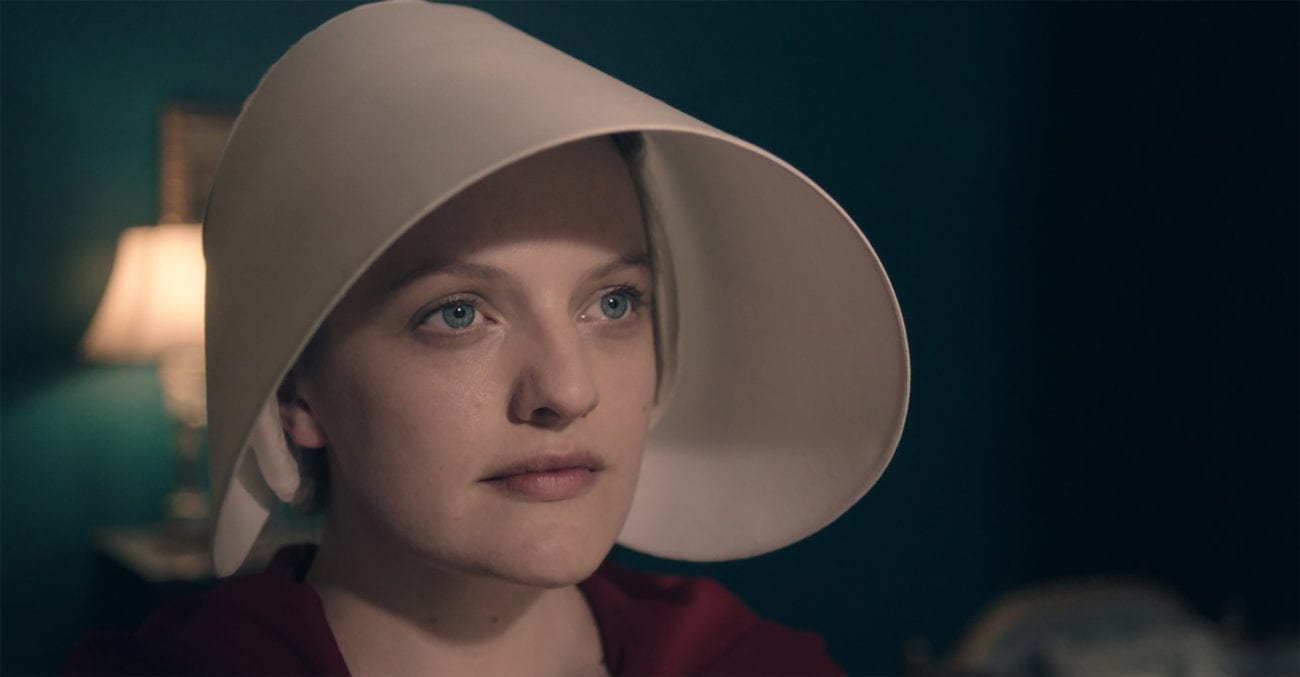 Escape from Gilead: Everything we know about ‘The Handmaid’s Tale’ S3

Hopefully you’ve managed to catch your breath back from the intense S2 finale of The Handmaid’s Tale. A lot of shit went down and a lot of twists were thrown into the foray and holy shit – we’ve just about recovered. Considering how terrifying the second season of The Handmaid’s Tale has been – including some chilling foreshadowing of real-life tragedies and political events – we’re hesitant to say we’re excited to see what misery the show has in store for us in S3. But we’re definitely intrigued by it, nonetheless. Here’s everything we know about The Handmaid’s Tale S3.

Both S1 and S2 premiered in the last week of April on Hulu, so it seems likely S3 will also land at the end of April 2019, so long as nothing delays production.

The majority of the main cast will be returning

Considering how utterly miserable and packed full of threat S2 is, it’s a small miracle the main gang made it out alive. That means we’ll be seeing the return of cast members Elisabeth Moss (June), Alexis Bledel (Emily), Joseph Fiennes (Commander Fred Waterford), Yvonne Strahovski (Serena Joy Waterford), Samira Wiley (Moira), Max Minghella (Nick), and OT Fagbenle (June’s husband Luke) for S3 of the show. But just because all the characters are returning, doesn’t mean their futures are looking any brighter.

Luke and Nick could be facing some intense new arcs

After that bombshell finale, Nick’s future is looking especially dicey, with showrunner Bruce Miller stating there’ll “be repercussions” for his actions. Considering that Gilead doesn’t fuck around with people who dare to be impulsive and disobedient to its rules, we should probably prepare ourselves for the worst. Indiewire reported that Luke’s S2 confrontation with Commander Waterford could result in a continued and profound conflict between the two for S3, with Miller stating: “Now that he’s met Fred face-to-face, that is the focus of his fury, is Fred. All of a sudden the Gilead system has been reduced to Fred Waterford. And he’s gonna find a way to get Fred.”

Miller confirmed to CNN that we’ll be following their desperate attempt for freedom, but he also didn’t infer that their escape would be successful. “There’s a lot of people who want her, including the whole country of Gilead – if she happens to get out. She’s the next generation that they’re all doing all of this for.”

Miller has also suggested that S3 will be embracing June’s baby as a symbol for what each character is fighting for. “It’s a huge, huge puzzle piece of our world . . . Nichole’s gonna be a huge part of our show, whether it’s in influence or whether it’s in corporeal reality with someone holding them in our arc. She is the force to be reckoned with. She is the next generation that they’re all doing all of this for.”

After two seasons of psychological and physical torture, June will be fighting back in S3

Speaking with The Hollywood Reporter, Miller stated that June is “ready to fight” to get Hannah out of Gilead alive. “She’s ready to rise up, and ready to take some chances and use all the skills she’s learned over the last three years.” He added to CNN that “next season is about fighting back” and June will also be looking to “hurt Gilead as much as possible” in her pursuit to save her daughter.

You might think that after making the traumatized and impulsive decision to allow June to escape with Nichole, the Waterford matriarch may have turned a corner concerning her attitude towards Gilead and her life there. Miller suggested to IndieWire that Serena “has a choice to make” concerning her love for Nicole versus her loyalty to Gilead.

“Is she gonna find something else to focus on? Is she going to stay bereft, and empty, and live in Gilead? Or is she gonna find a way to get her daughter back? Is she gonna change her mind about her daughter and try to get her hands on that child again? All those things are possible . . . I think that going forward with Serena you want to follow that incredibly intelligent woman with a force of personality and tunnel vision that is unrivaled . . . I’m not sure whether she’d be so quick to let go of the idea of a child just because she made a decision in a moment.”

Commander Lawrence will be making a return!

Apparently, Bradley Whitford’s unnerving and insubordinate commander will be enjoying a lot more screen time in S3 and he’ll be as shockingly unpredictable as ever. Speaking to The Hollywood Reporter, Miller explained: “You never know what he’s willing to do and what he’s not willing to do. He seems a little gone, with a glint in his eye. So that makes him very tough to predict, what he’s going to do.

Ann Dowd has been confirmed as returning for S3, with Miller suggesting in interviews that the incident will “transform” the character – let’s face it, the crazy bitch needed it. However, whether that transformation will be for the better or will turn Lydia into an even greater threat remains to be seen. Miller expanded on the changes we may come to see in Lydia in S3 to IndieWire: “The fact that one of her girls . . . has literally stabbed her in the back. I think that that alters your workplace feelings on a day-to-day basis . . . In her case, it makes her double down that she feels like she just wasn’t strong enough in her discipline. So she, I think, has decided it’s time to get tough.”

The unsung hero of the finale, Rita, will also be making a victorious return in S3

Actor Amanda Brugel told Vulture, “At the end of season 2, I know where she’s going. Now I have her voice, so I’m ready to use it.” Hopefully this also suggests that Rita will be enjoying more screen time in S3.

And finally – just because it sounds like everyone is toughening up and getting ready to fight doesn’t mean we won’t be returning to the most miserable locations of the show, with Miller suggesting to IndieWire: “We will be revisiting the Colonies . . . I would love to continue to dive deeper into how Gilead uses the discarded women.”

But the infamous brothel known as the Jezebel’s could also be back on the table for S3. “I would really like to return to Jezebel’s . . . all the sin in Gilead is going through there, the drugs and the black market stuff, and sex, and sex as trade and perversity, and all sorts of heretical sexual gains.” The showrunner also implied we could be seeing “the factory where they make Handmaid costumes” as a way to explore the everyday symbolic terror of what each one represents to the women of Gilead.