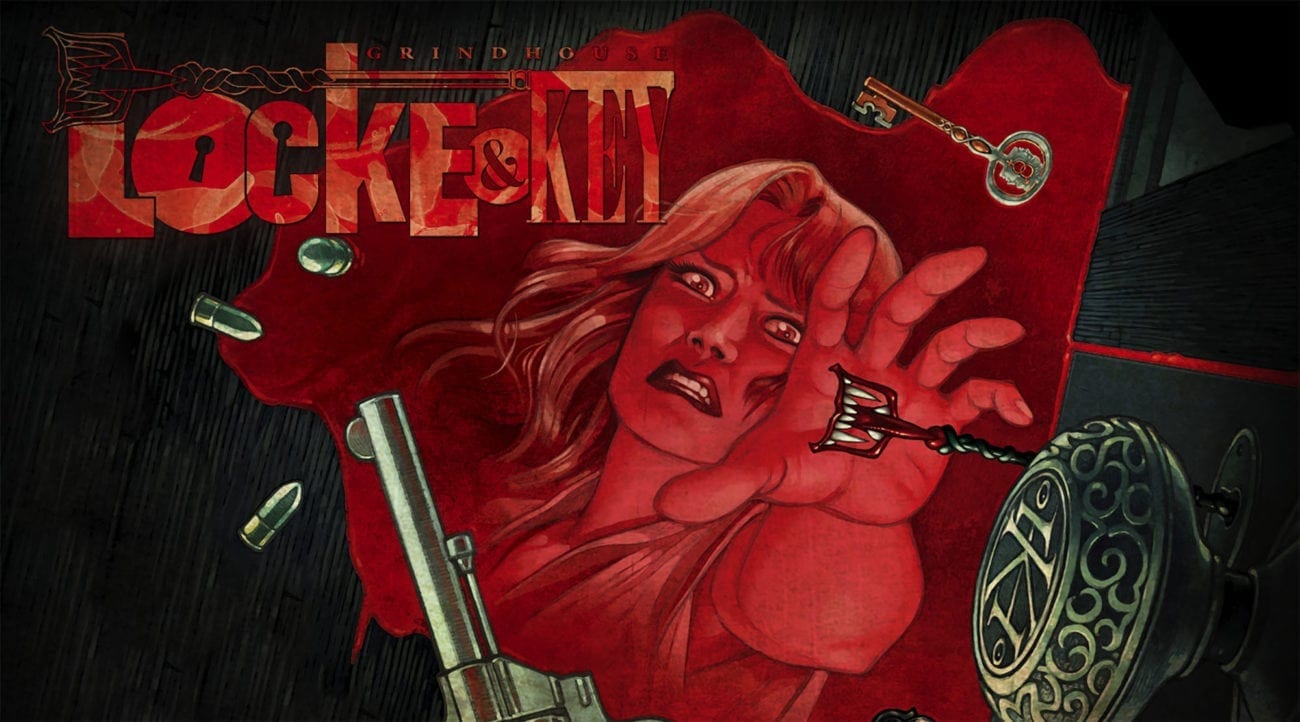 Netflix picks up ‘Locke and Key’ series: Everything you need to know

It was not looking too good for the small-screen adaptation of the comic book series Locke and Key for a minute – for eight long years the horror-mystery has been picked up and dropped by various studios like an aggressive game of pass the parcel. However, just two months after Hulu opted not to go forward with the pilot, Netflix a.k.a. The Billy Big Bollocks of the streaming world has stepped in and handed out a straight-to-series order for the property, much to the delight of the many Locke and Key superfans who have been eagerly awaiting a TV show based on IDW’s beloved comic for longer than they should have.

According to The Hollywood Reporter, Netflix has yet to comment as the deals are not yet finalized. However, “Sources say the streamer is in talks to license the rights for the IP and redevelop the drama with IDW Entertainment.” And as we know, Netflix does not muck about, meaning after many, many years, it’s likely only a matter of time before Locke and Key finally hits our screens. But to say it’s been a rocky road would be an understatement . . .

The live-action supernatural thriller is an adaptation of the comics developed by Joe Hill – Stephen King’s son and the author of novels such as NOS4A2 and The Fireman – and drawn by artist Gabriel Rodríguez. For a long time, the adaptation has been stuck in development hell, having been initially put in into production eight years ago. During the 2010-2011 development season, the show reached the pilot stage at Fox with Josh Friedman (War of the Worlds) writing, Mark Romanek (Never Let Me Go) directing, and Alex Kurtzman (Sleepy Hollow), Roberto Orci (Fringe), and Steven Spielberg (Ready Player One) producing alongside DreamWorks TV. The show starred Mark Pellegrino (Mulholland Drive), Miranda Otto (The Thin Red Line), Jesse McCartney (Keith), Sarah Bolger (The Moth Diaries), and Nick Stahl (Sin City), and despite an overwhelming response to its screening at Comic-Con, the project did not move forward.

Next up to take a stab at the franchise was Universal, as it picked up the rights for the comic book series to develop Locke and Key as a feature-length film, with Kurtzman and Orci in talks to produce. Again, this did not move forward as the whole thing stayed stagnant for several years until 2016, when IDW attempted to adapt a small-screen version. CEO Ted Adams and president David Ozer teamed up with Circle of Confusion for the project, with series creator Hill in charge of helming the script. This attempt saw more success and in 2017, Hulu bagged the pilot order, beating out competition from the likes of Netflix and HBO. It all seemed like the property was well and truly resurrected (not to mention with a promising team behind it), with Lost’s Carlton Cuse as executive producer and It director Andy Muschietti brought on to direct the pilot. However, this March the streamer announced it was bypassing the project, as the new CEO Randy Freer (who joined the team in October) had the final say in the matter and the final say was a big fat no. That brings us up to date, where this week Netflix announced plans to take over. Although there have been a fair few speed bumps along the way, we’re confident Netflix will follow through and finally bring the project to life.

Although Netflix has picked up the series, the streamer plans on taking its own angle on the much-loved cult comics. So although Hill and Cuse will work together much like the Hulu version, they will be redeveloping the show with an entirely new cast. This means the original team booked by Hulu – Jack Mulhern (Walking to the Waterline), Megan Charpentier (Mama), Jackson Robert Scott (Fear the Walking Dead), and Frances O’Connor (Timeline) – will be replaced with a new group of actors. According to The Hollywood Reporter, Muschietti is also now too busy with It 2 and so will not be available to direct, although he will still be credited as an executive producer. There is no news yet of who will step in for the roles, but no doubt Netflix will announce said details soon after the production gets underway.

The key to success

While Netflix is yet to comment on the project, we do know it will be based on the Lock and Key comics meaning we have a rough idea of how the plot will play out. We know it’s a horror / fantasy show that concerns a family of three siblings and a mother who move from California to Massachusetts after the murder of their father. Once there, they reside at an estate called Key House – their ancestral home – only to find the house has a set of magical keys that provide them with powers. Little do they know this unlocks all sorts of unsettling discoveries in and around the manor, including a demon that will stop at nothing to attain the keys.

With so many other superhero TV shows under its belt – Luke Cage, Jessica Jones, and Iron Fist to name a few – it is apt that the streaming behemoth should pick up such a long-awaited series and give it the superpowers it needs to survive. The question now is: will it do the Locke and Key fandom justice? And will it live up to the eight-year long hype? Netflix has a lot to live up to, but as a streaming service that has tackled so many similar projects, it makes a whole lotta sense – perhaps Netflix will finally deliver the key we’ve been searching for all these years.