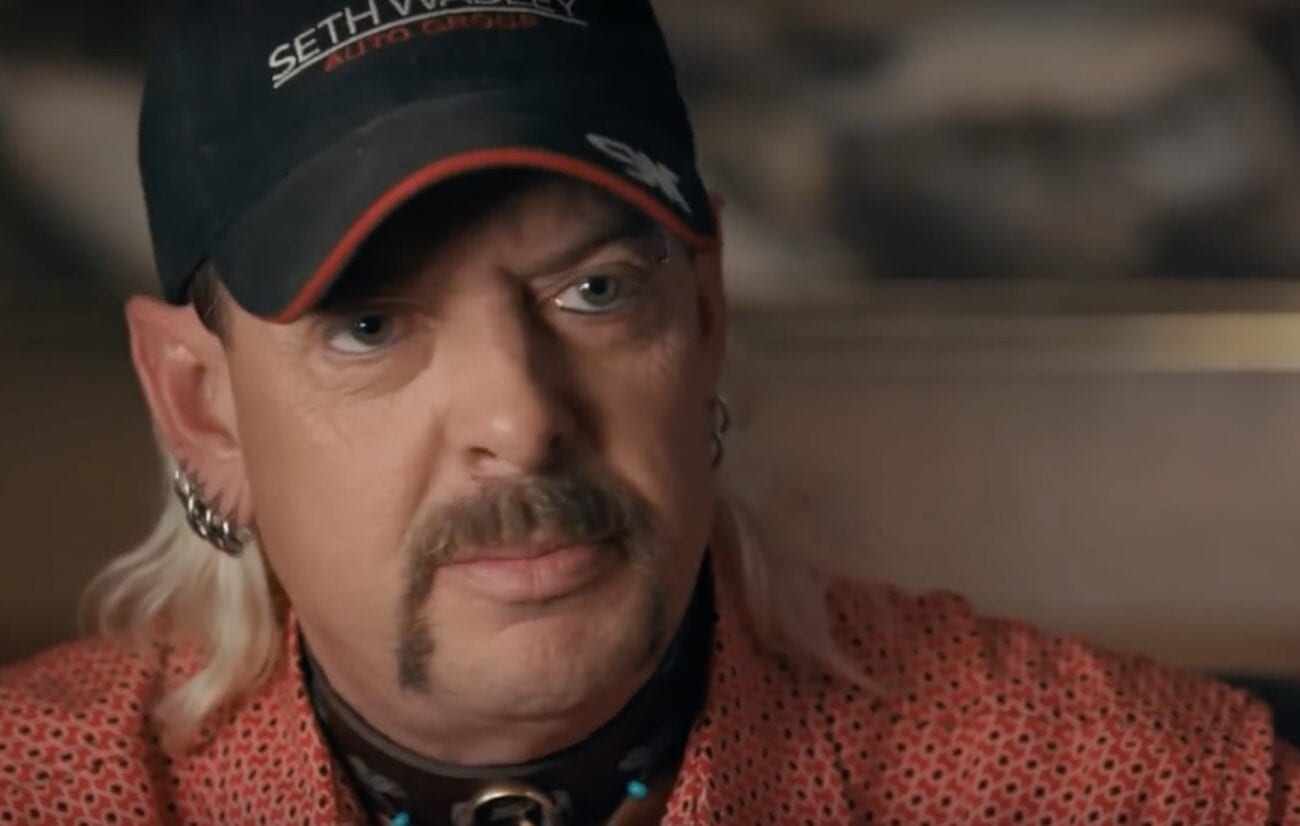 The trailer for Surviving Joe Exotic opens to a bustling Exotic Animal Park in Wynnewood, Oklahoma, with a timestamp of May 2018. Four months before he was arrested on murder-for-hire charges, Joe Exotic’s Tiger Empire was captured on camera by Animal Planet.

Joe Exotic laughs as he declares, “I don’t want to look old.” He’s nonchalant & his smile’s crooked. Then he begins, “My real name is Joseph Allen Maldonado-Passage, but everyone knows me as Joe Exotic. We are a zoo open to the public.”

And it begins. The rest of the trailer sees him talking about how he breeds hybrids and sells these tigers. Just when he’s being asked about how the animal industry “has a lot of opinions” and what seems to be an incriminating question, he shoots off his gun on possibly an animal. If it seems ominous, it’s because Joe Exotic carries a lot of drama with him. 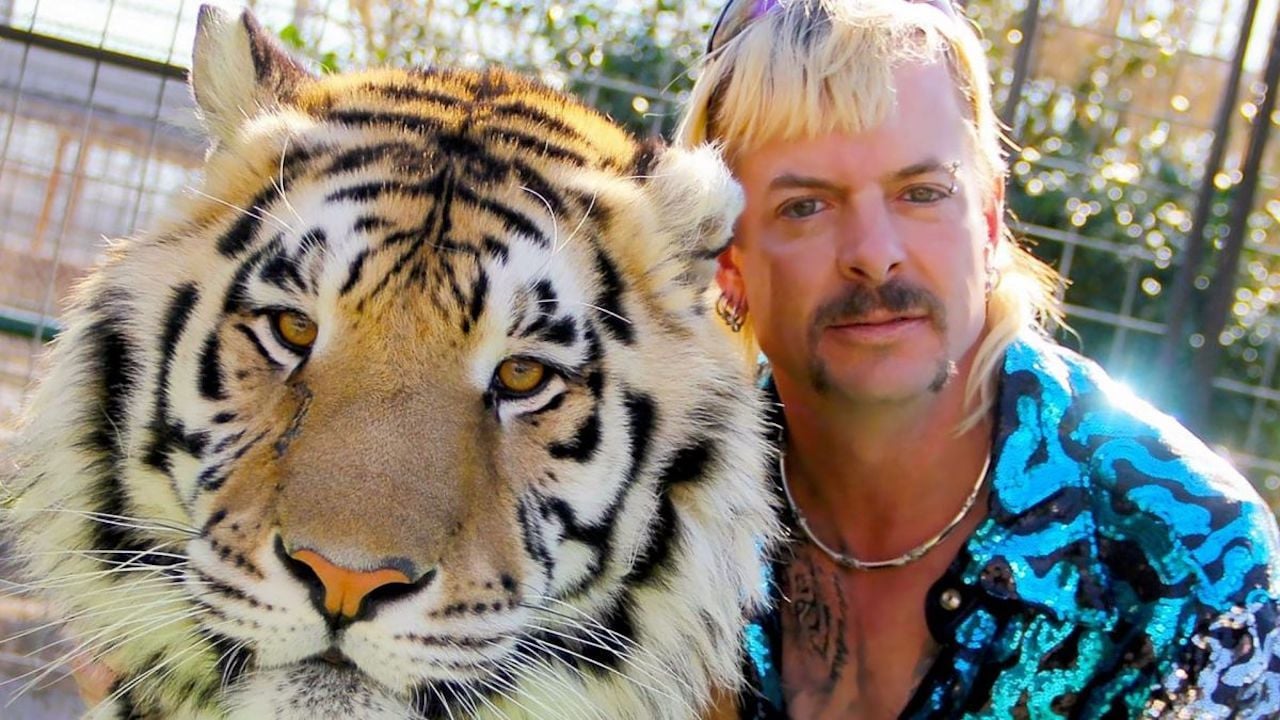 What’s the excitement for?

The excitement around this documentary comes mostly in the aftermath of the Netflix documentary Tiger King: Murder, Mayhem, and Madness. Joe Exotic comes out as a highly controversial figure who allegedly did a lot of bizarre things while he was still . . . free.

The Netflix documentary threw light on Joe exotic’s feud with the Big Cat Rescue CEO, Carole Baskin. Baskin herself comes with her own set of controversies related to her dead/missing husband. But the crux was that Joe Exotic was sentenced to 22 years in jail. The charges? One, he violated multiple animal welfare laws, something the Animal Planet documentary seems to capture quite accurately.

His second charge pertained to his involvement in a murder-for-hire in an attempt to kill Carole Baskin. His animal welfare violations ranged from the selling of tigers – something he admits in the Animal Planet documentary – to multiple violations of the Endangered Species Act. The Surviving Joe Exotic trailer is the closest thing we have to Joe Exotic’s version of things before his eventual arrest. 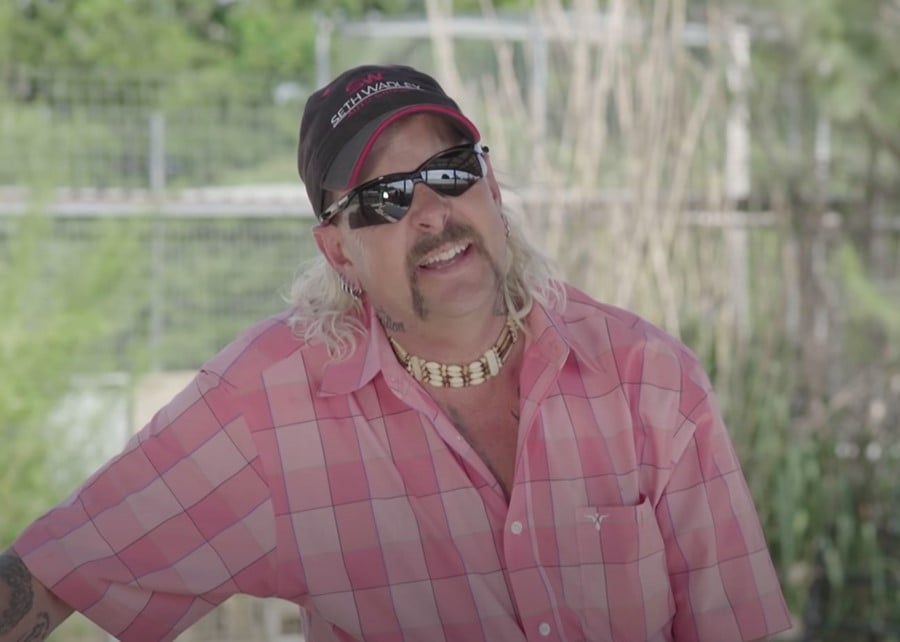 One of his employees – who claims she worked for him twice – mentions in the documentary that Joe Exotic really thought that there was “some connection in what he was doing and conservation.” Well, that’s quite a disillusion to harbor. When she went back to work for him in 2014, she claims her mind was blown at the mass breeding.

The frequency with which the tigers were giving birth to cubs was as high as once or twice a month, according to her. Hundreds of cubs were born at the zoo under his care, and the lucky ones managed to make it to rescue facilities across the country.

Now Amazon has also picked up a Joe Exotic drama, which will star Nicolas Cage, something Carole Baskin doesn’t seem too pleased with. That’s not the only adaptation inspired by the highly dramatic life & crimes of Joe Exotic. There are other projects underway too, including one featuring Kate McKinnon.