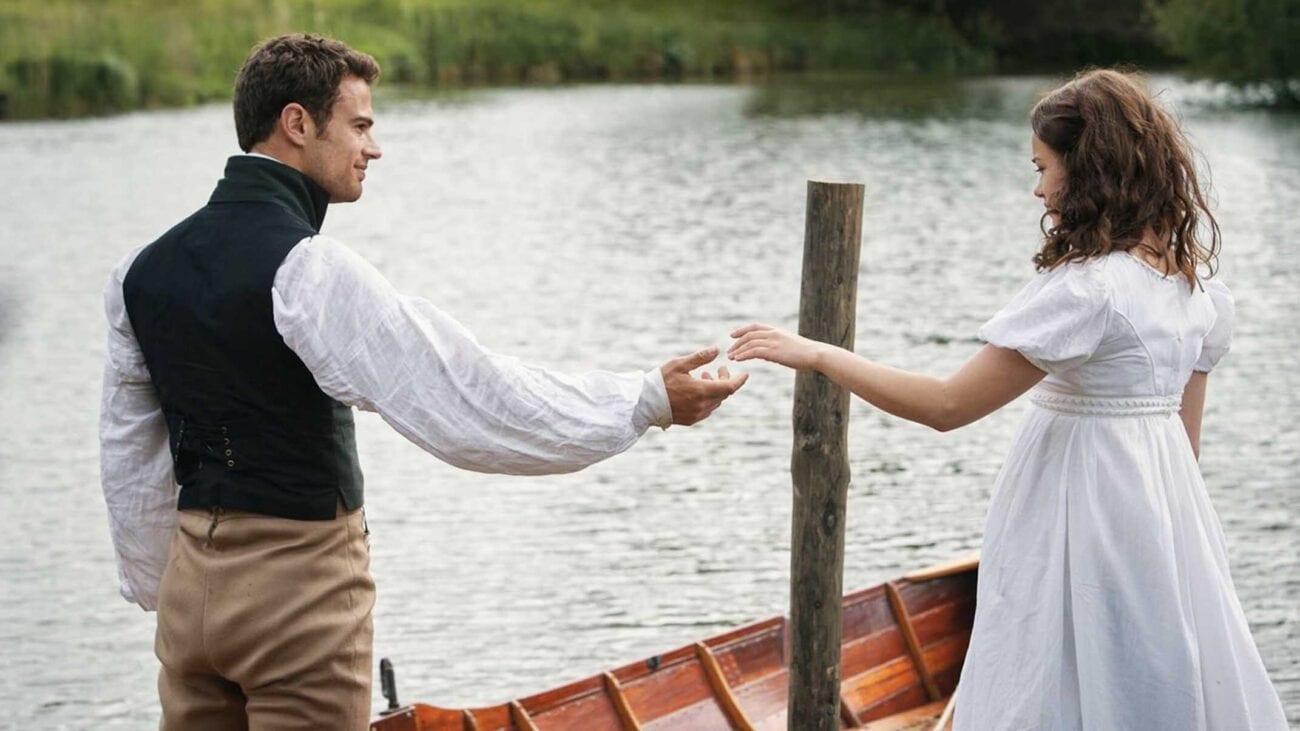 While some period drama fans have been temporarily satiated with Netflix’s Bridgerton, we still can’t shake our desire for more of PBS’s Sanditon. The beautiful series based off of Jane Austen’s unfinished novel is an elegant love letter to the author whose beloved story deserves an ending.

However, PBS tragically cancelled Sanditon after season 1, leaving the romantic tale yet unfinished. While some clues have indicated Sanditon season 2 may be in the works, we’re still holding our breath for an official announcement that the series will go on.

While the Sanditon sisterhood anxiously awaits more news of the series’ continuation, we can’t stop gazing back at the titillating season 1 aired on PBS. We’ve gathered some of our favorite clips to share the sensation. Relive the best moments of Sanditon with these iconic scenes.

But I want to dance with you

We may be filling in the blanks with that caption, but you have to admit the mutual enjoyment between the two is fully palpable in this scene. Charlotte & Sidney’s dance scene must be one of the most rewatched Sanditon moments of them all. With exquisite music and soaring chemistry, we could watch these two dance all night long.

Oh, Sidlotte – does a stronger ship out there even exist? While Charlotte & Sidney have many romantic moments throughout the series, their first kiss is certainly one of the most special. Sanditon built up their romance in slow burn fashion, but with just one kiss the fire ignited in full force.

This infuriating Sanditon scene is such a turning point in the series – a new villain enters the story in the form of Sidney’s snobby ex. The way she says “Well done, children” is totally a pointed diss at Charlotte, the humble, good-hearted protagonist we love.

Did we mention we love Charlotte? Her boldness to step up to the plate – literally – is just what everyone watching wants. A strong woman showing these men how women can play sports too – and even be just as good if not better at it than men.

A compelling storyline in Sanditon is Georgiana’s secret romance with Otis. While the two had a serious falling out at the end with Otis’s gambling problem putting her in danger, a deleted scene shows that Otis still cares for her. This cute scene between them is just the beginning, and the fact that Charlotte is a total third wheel here adds a dash of humor, making the scene even more memorable.

A man cannot step into the same river twice

Is it truly a question of compatibility? From this rowing scene it seems rather evident that Sidney & Charlotte are more than compatible. Not only do their interests align in literature, their hearts are in the same place and their passion flows like the river. Plus that penetrating eye contact raises goosebumps and makes the scene truly compelling.

Sidlotte isn’t the only Sanditon ship worth loving! The dynamic between Lorde Babington and Esther always keeps us smiling with their cute banter. Besther is such an adorable ship because of how Lord Babbington perseveres and breaks down Esther’s icy front, eventually convincing her to marry him.

We hope you enjoy the scenes we’ve collected, but it hardly scratches the surface of iconic Sanditon scenes. This complication of Charlotte & Sidney scenes includes plenty of unforgettable moments – especially the last one showing the most shocking scene where Charlotte totally catches sight of Sidney’s you-know-what. 😉

What is your favorite scene from the PBS Masterpiece series Sanditon? Fill us in below.