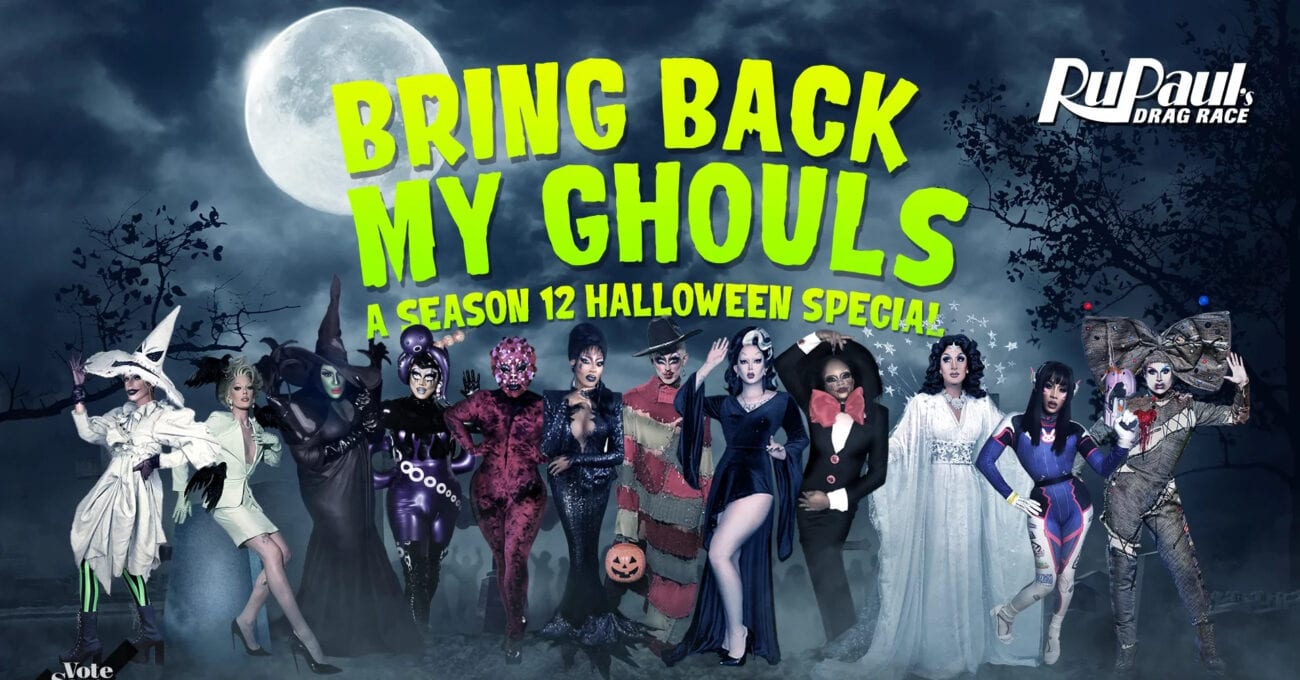 RuPaul is back with a very spooky treat for fans of RuPaul’s Drag Race. Paul’s calling back the drag queens from season 12 and putting on a spooktacular Halloween variety show.

World of Wonder, an Emmy-winning YouTube channel, proudly presents Bring Back My Ghouls. The season 12 queens are putting on their scary best and performing Halloween style! Events for this variety special include staples from RuPaul’s Drag Race: lip-synching, kiki sessions, catwalks, and tons of fabulous & spooky makeup and costumes.

World of Wonder is a YouTube channel dedicated to drag shows & performers. Via their about page, they’re “edgy, loud, ahead of the curve, fashion, music, celebrity, trendsetting, off-beat, in drag, out of drag, gay, straight and whatever.” They bill themselves as real & fake, low brow & highbrow, and everything in between. 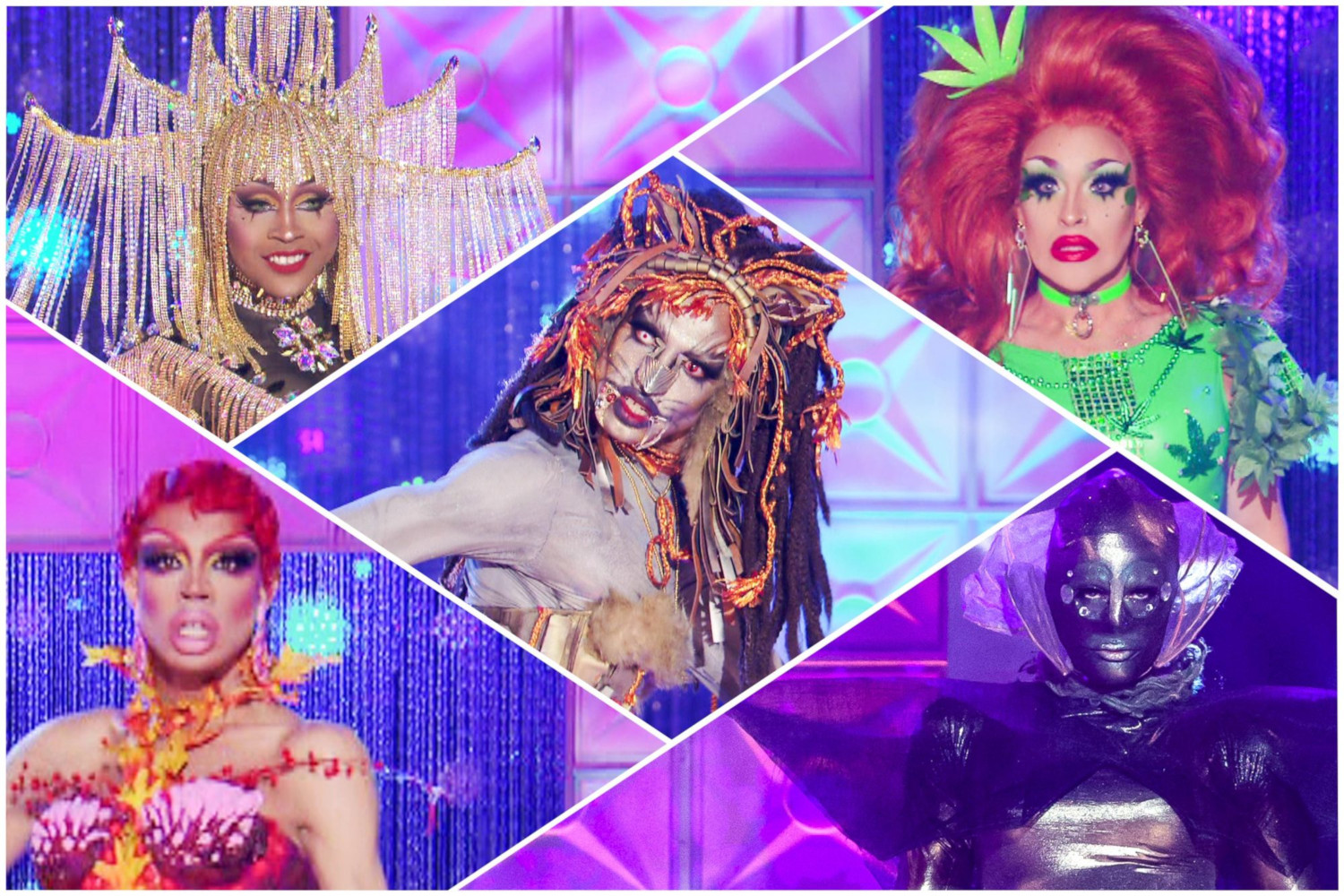 A recap of Season 12

“Our celebrity guest judges are truly legendary. And this cast of queens is, dare I say, the most talented we’ve ever had. Just when you think you’ve seen it all, a fresh crop of queens arrives and blows our minds all over again.” 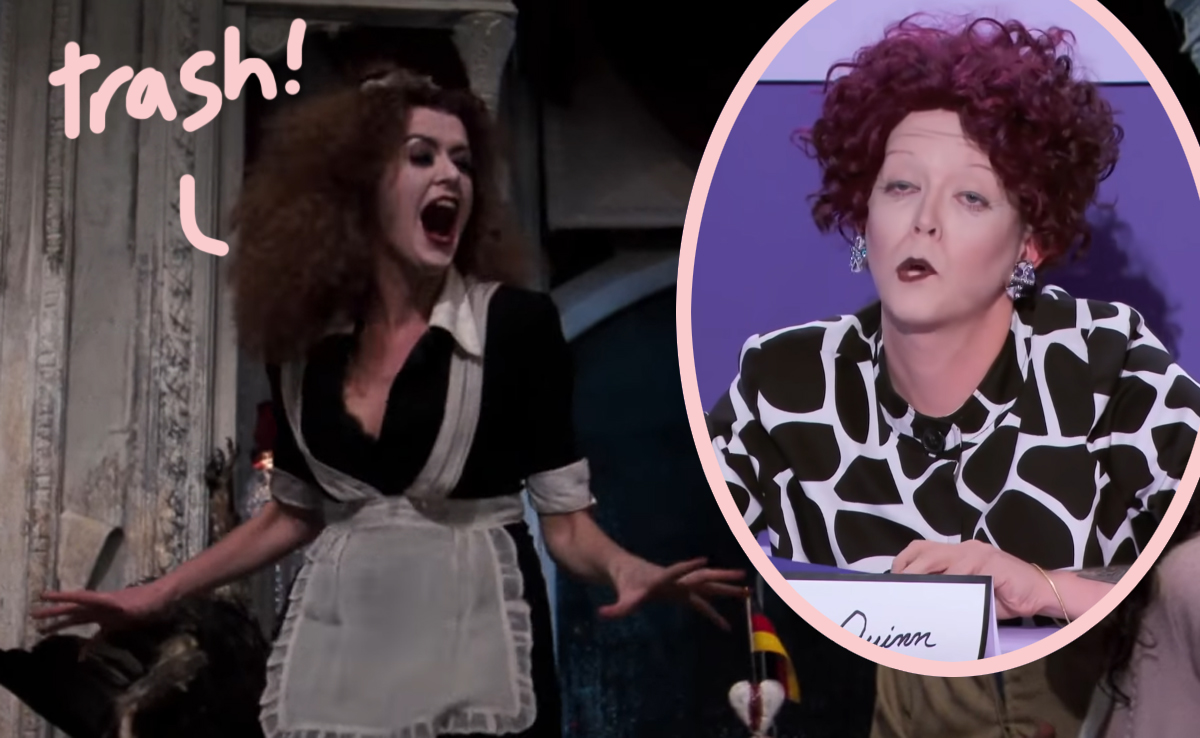 For performer Aiden Zhane, this is a big moment. After being eliminated for a disastrous Rocky Horror performance on Season 12, Zhane may have a shot at redemption in this Halloween special. However, Zhane should probably steer clear of portraying Patricia Quinn again.

Actress Patricia Quinn, who starred as Magenta in Rocky Horror Picture Show was unhappy with Zhane’s portrayal of her during Ru Paul’s Drag Race’s “snatch game” in season 12, saying she was “disgusted beyond belief” with his portrayal of her as a forgetful old woman.

“I did not respect being described as a[n] ‘old cookie woman’ or being depicted as a washed-up actress who has taken too many drugs . . . I wish Aiden had given me the common courtesy of a “heads up” and maybe I could have given him a few lines etc, to say on the show,” she said via her management. 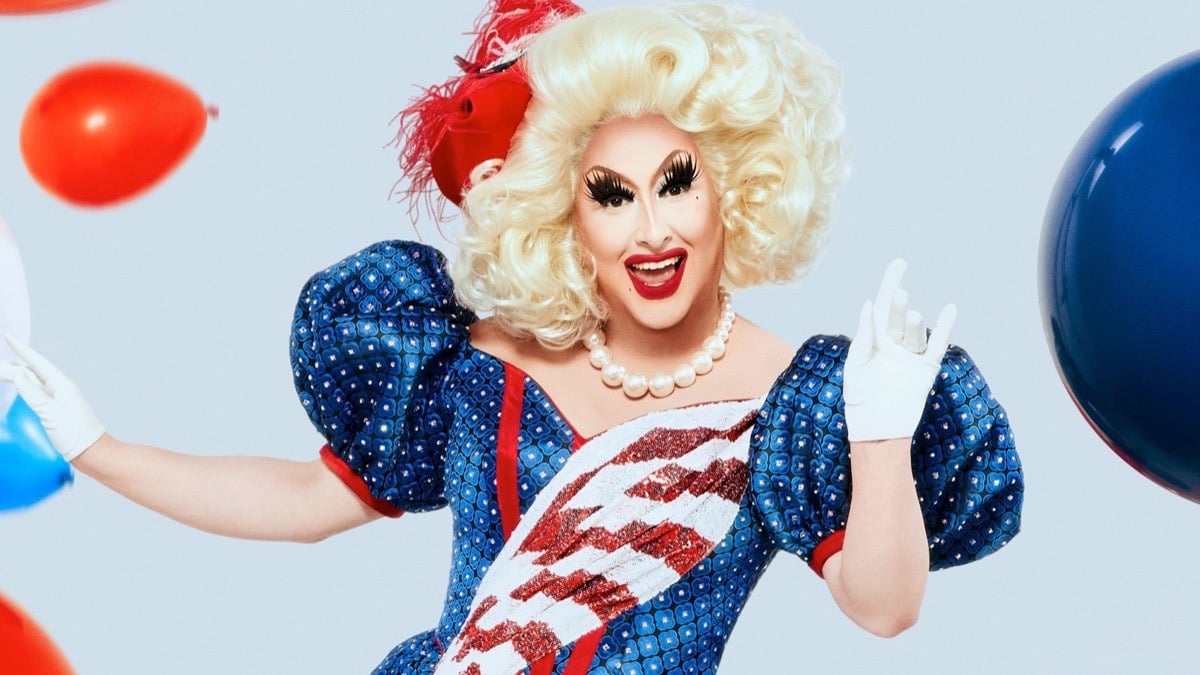 Season 12 contestant Sherrie Pie clawed her way to the top four before social media allegations threw the performer out of the running. Ben Shimkus accused Sherry Pie of catfishing him on social media.

Shminkus says that Sherrie, whose real name is Joey Gugliemelli, told the aspiring actor about opportunities to perform on Broadway. Gugliemelli, going by the name “Allison Mossey”, told Shminkus he could get him auditions in exchange for fetish videos. Soon, seven people came out of the woodwork to accuse Gugliemelli of catfishing them for explicit photos & videos.

In light of the allegations, Sherrie Pie apologized on social media and VH1 decided to disqualify the performer. World of Wonder matched the winnings Sherrie Pie took home and donated them to The Trevor Project. Sherrie Pie didn’t appear on the season 12 finale nor will the performer appear in the upcoming Halloween special. 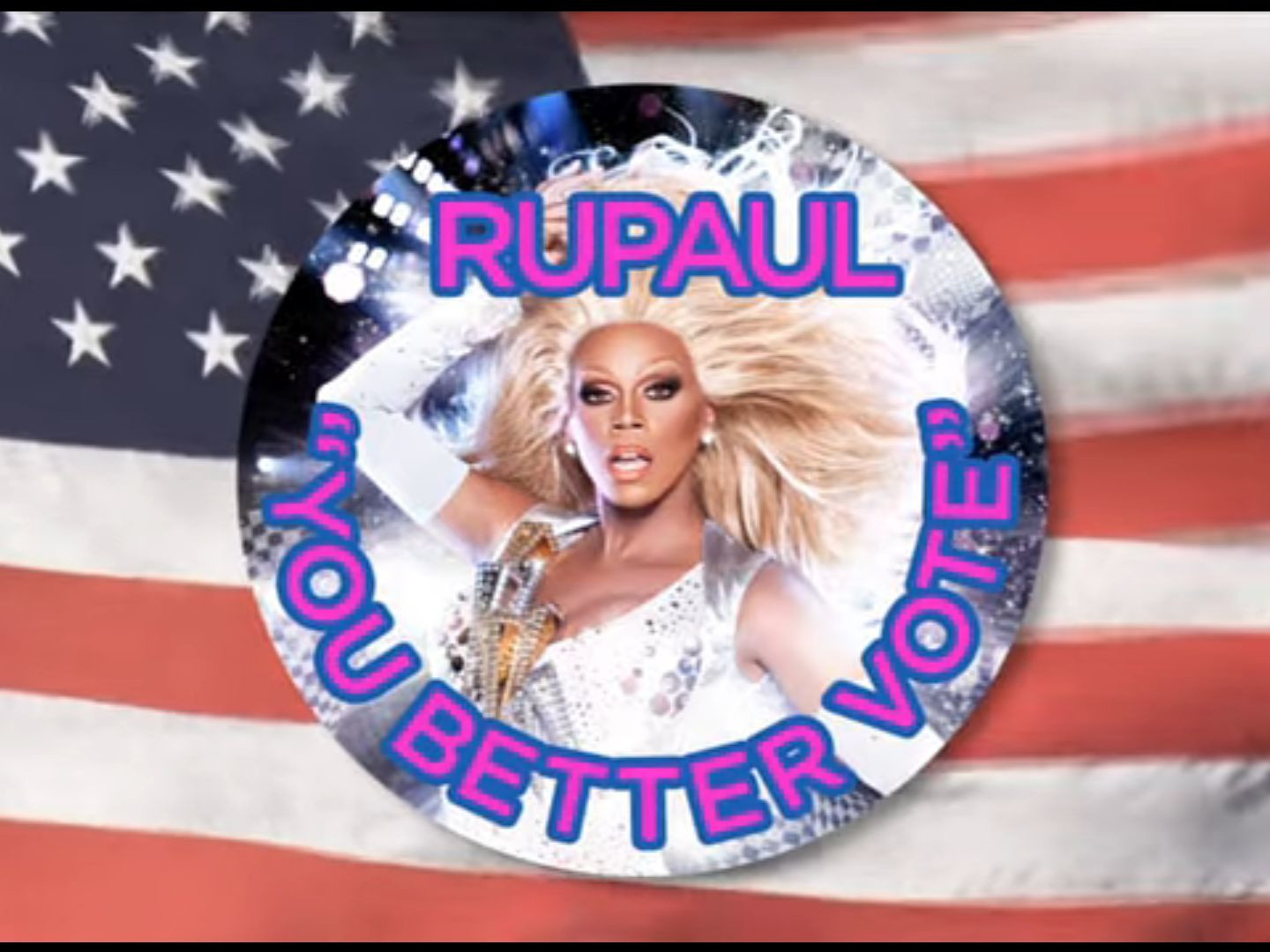 Vote to Save America

Bring Back My Ghouls is also partnering with Vote to Save America to increase voter turnout in the U.S. 2020 election. Season 12 performers Heidi N Closet and Brita will host a special “Time to Vote” segment to promote voting in the upcoming election.

World of Wonder is already trying to get out the vote, and penned a special message from drag performers, including those from RuPaul’s Drag Race. “It’s time to stop being complicit,” the video begins, as it goes on to promote standing up for equal rights and being better allies.

Via Entertainment Weekly, the “Time to Vote” segment will be a parody of RuPaul’s “Peanut Butter” music video. 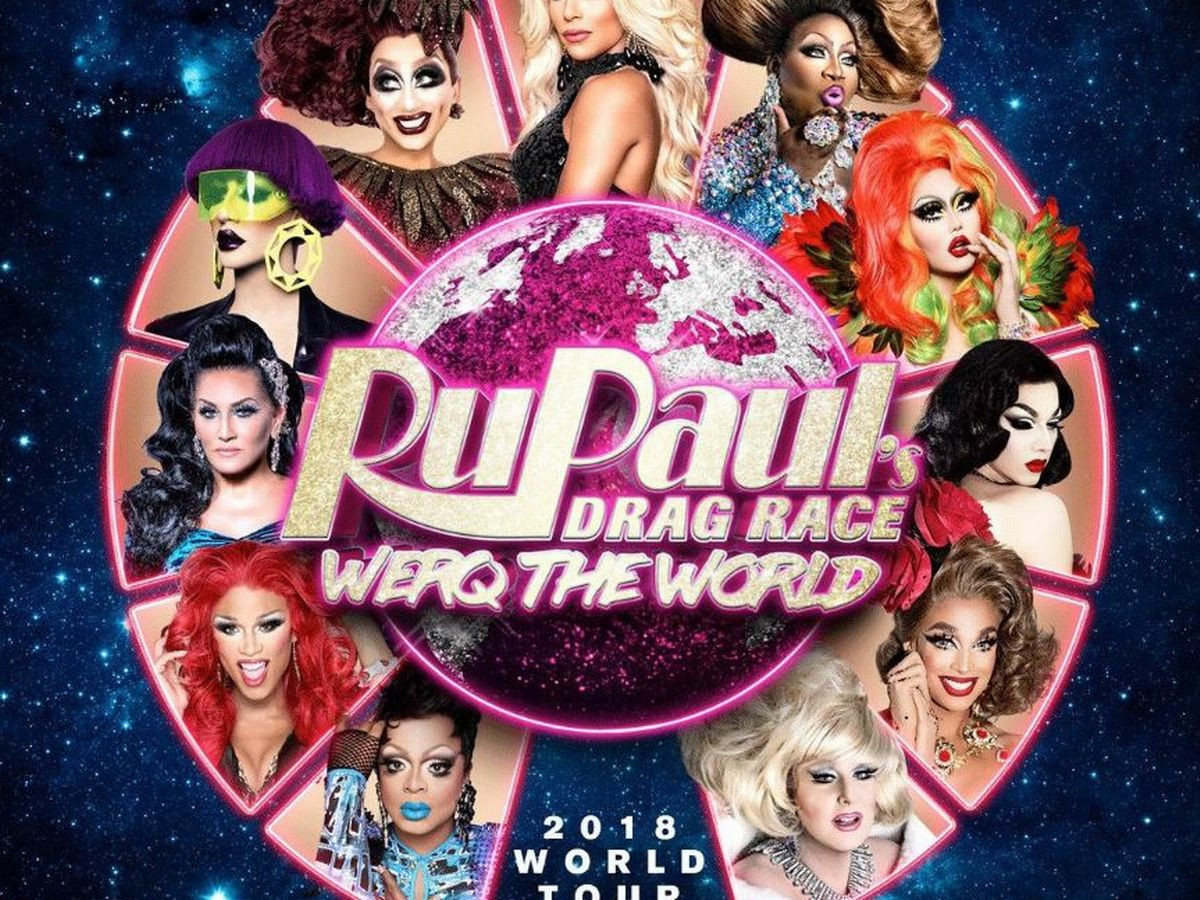 Thanks to COVID-19, the season 12 RuPaul’s Drag Race cast couldn’t go on tour. Heidi N Closet described Bring Back My Ghouls as “a fun chance to spend time with each other as well as the fans” in light of not being able to tour.

Viewers of the RuPaul’s Drag Race special can tip the performers, including the season 12 cast. They can give tips via Venmo, CashApp, and PayPal. Donations will be split evenly among the cast.