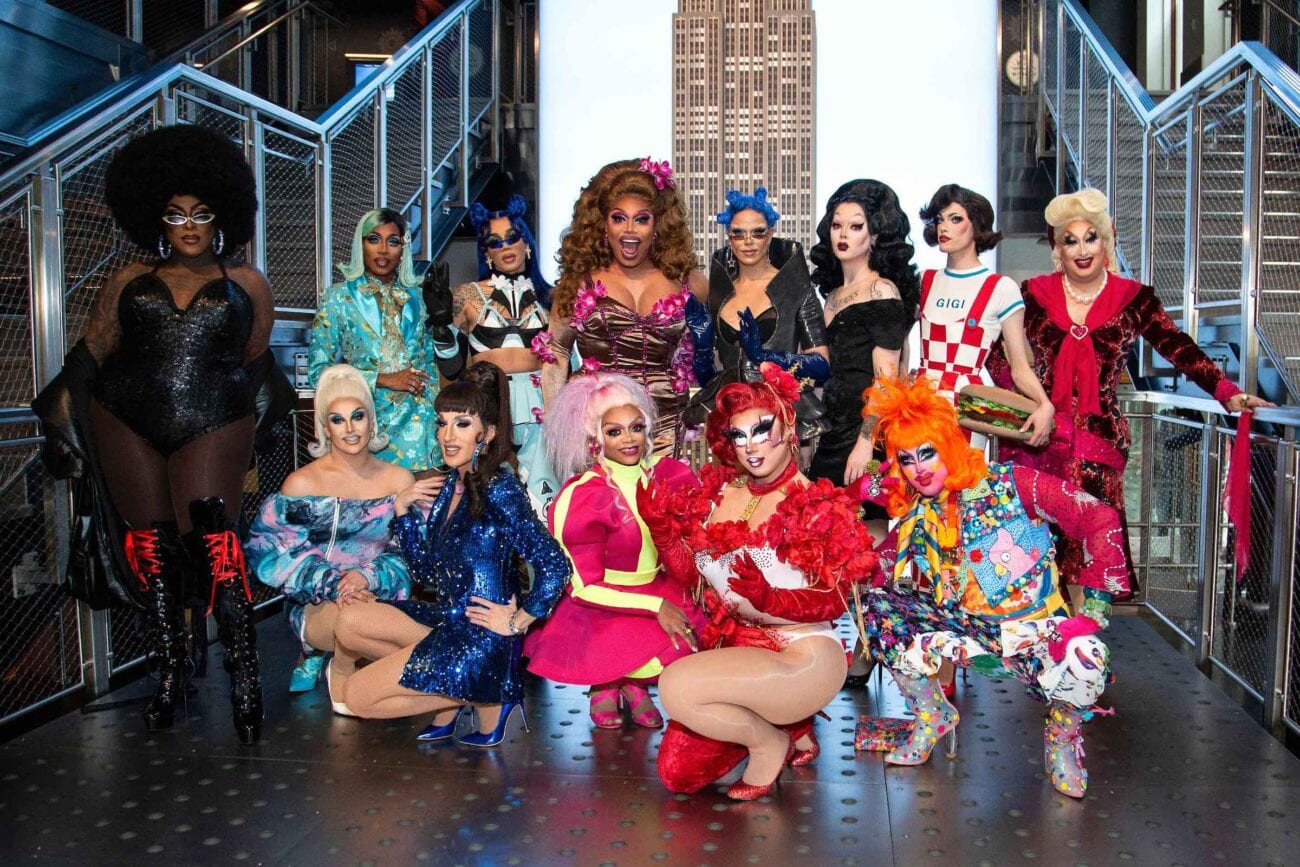 RuPaul’s Drag Race has taken the world by storm in recent years, in no small part due to its switch from Logo TV to the more accessible VH1 network. Originally a cult favorite on an LGBT-specific channel, the series has now fully hit the mainstream and has become a staple of pop culture & water cooler convos.

In celebration of this immense feat in LGBTQ+ representation on the small screen, we are ranking all the lip-sync competitions from season 12. 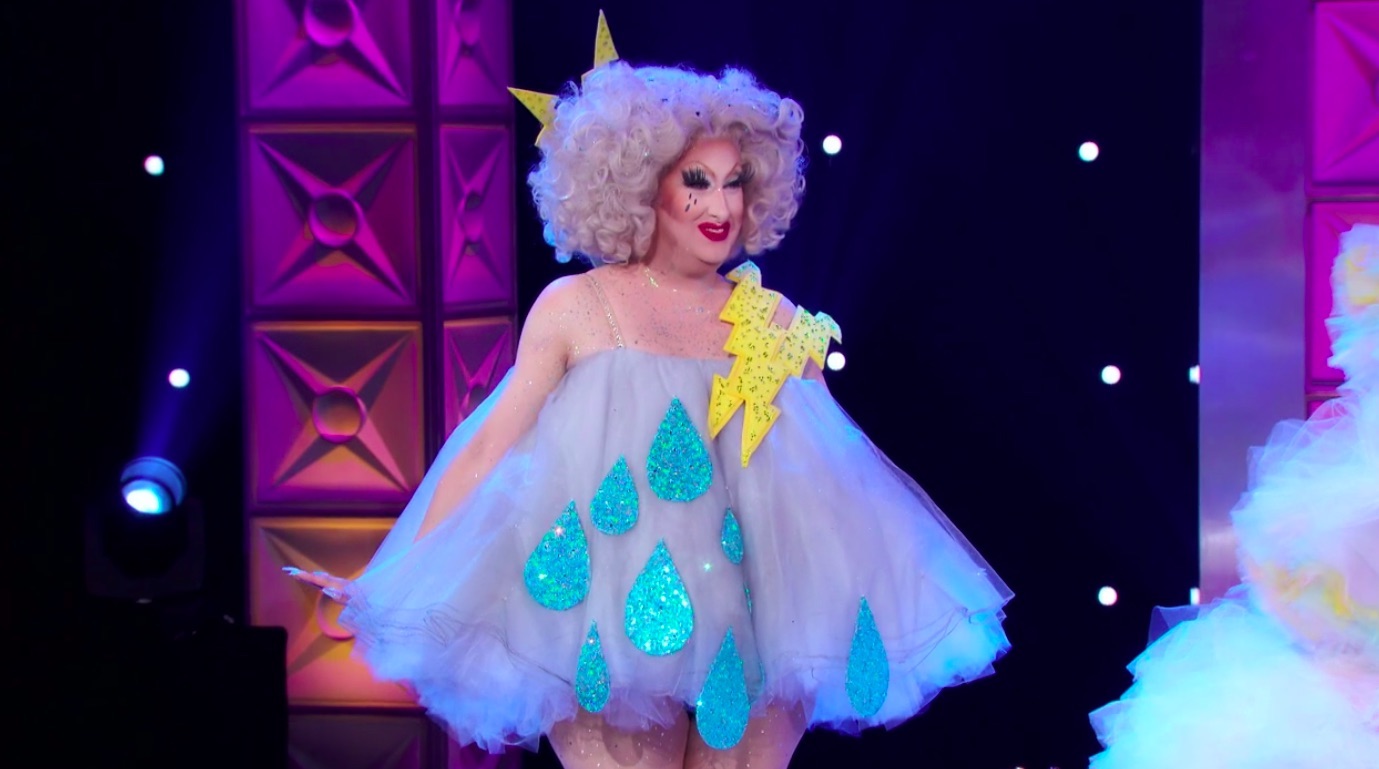 A non-elimination round . . . not that it matters since Sherry Pie was later disqualified from the competition anyway. Jaida Essence Hall dominates the round, throwing in a jump into a split (taken from Widow Von’Du’s playbook, apparently).

Jaida maintains an intriguing stage presence, difficult considering the song selected is a slow jam, while Sherry just tiptoes across the stage trying not to fall. 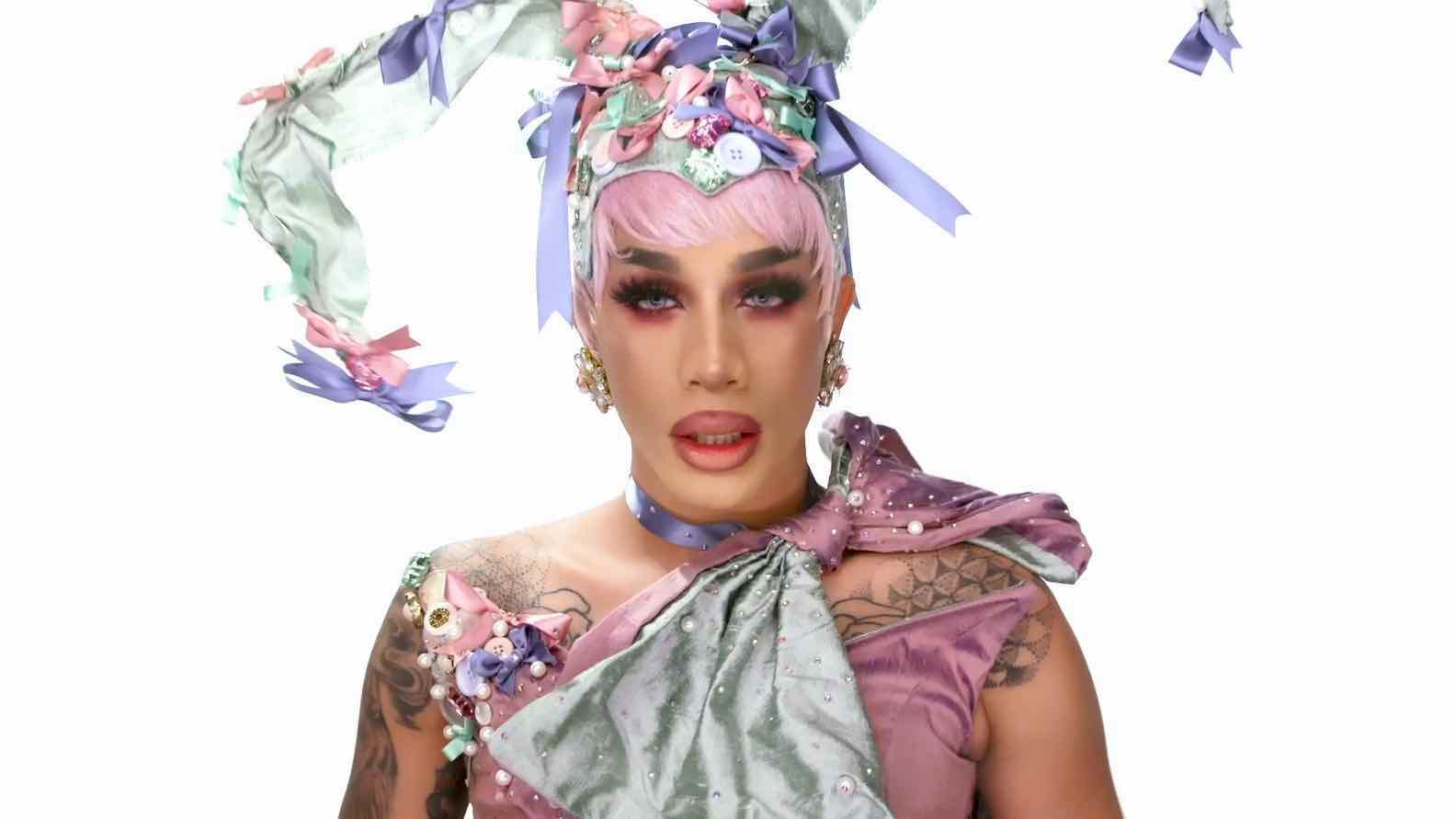 This is a disappointing outing, because despite the bombastic backing track and wild outfits, it reveals lack of dance prowess. Not a whole lot of visual flair.

However, Nicky Doll undoubtedly comes out on top due to her impressive lip-syncing and perfectly cool energy. Dahlia on the other hand spends most of her time aimlessly flaunting about the stage not doing much of anything. 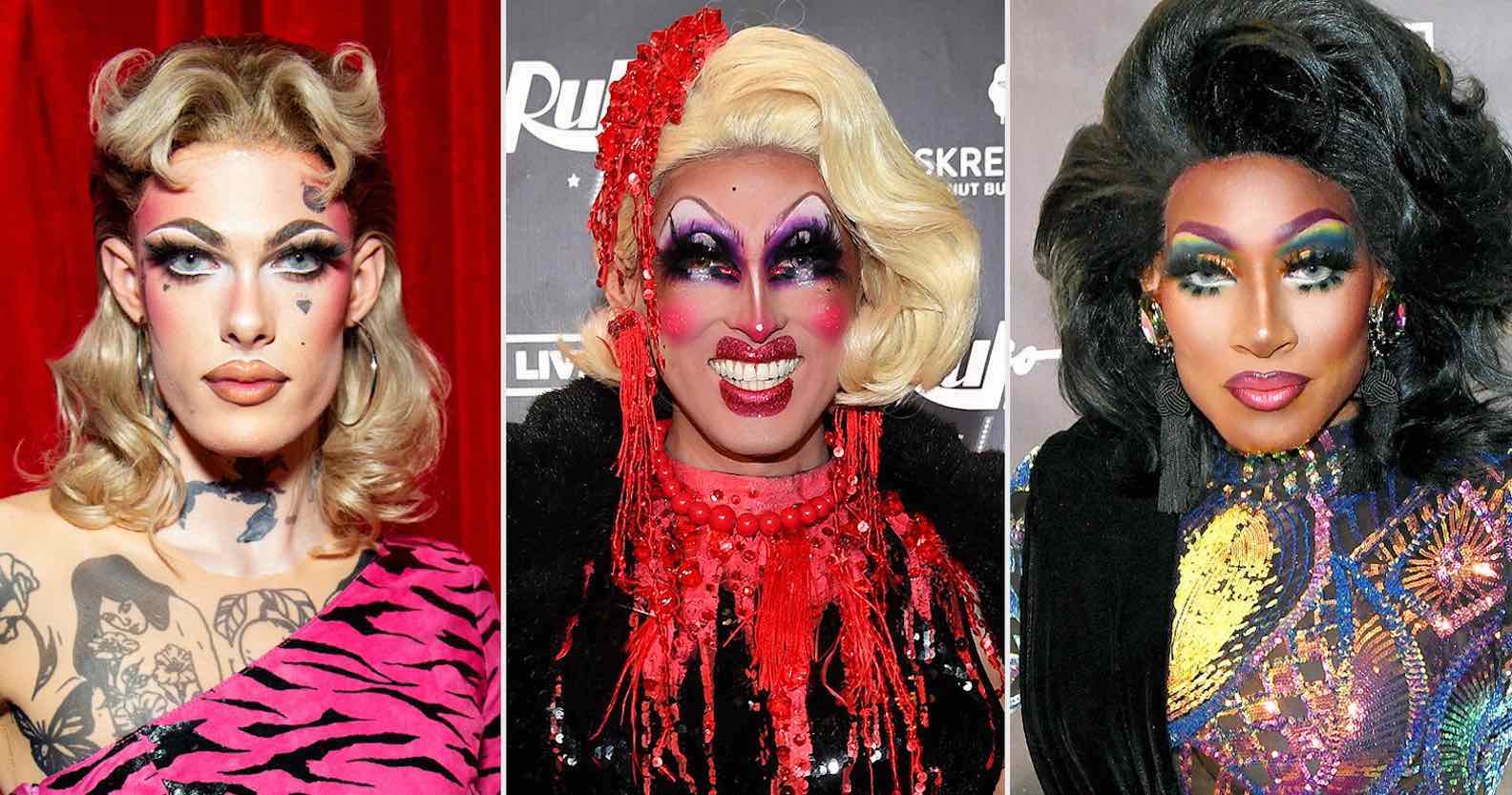 E14: Crystal Methyd vs. Gigi Goode vs. Jaida Essence Hall – “Bring Back My Girls” by RuPaul

Due to the COVID-19 virus, the finale’s lip-sync battles had to be scaled back. Way back. In fact, everyone shoots theirs from home.

So the triple face-off lip-syncing to Mama Ru’s own “Bring Back My Girls” looks more like a TikTok duet than a proper battle. However, having faces side-to-side makes it a lot easier to tell who’s off sync: they’re all off at various intervals.

Luckily, no one is eliminated this round. 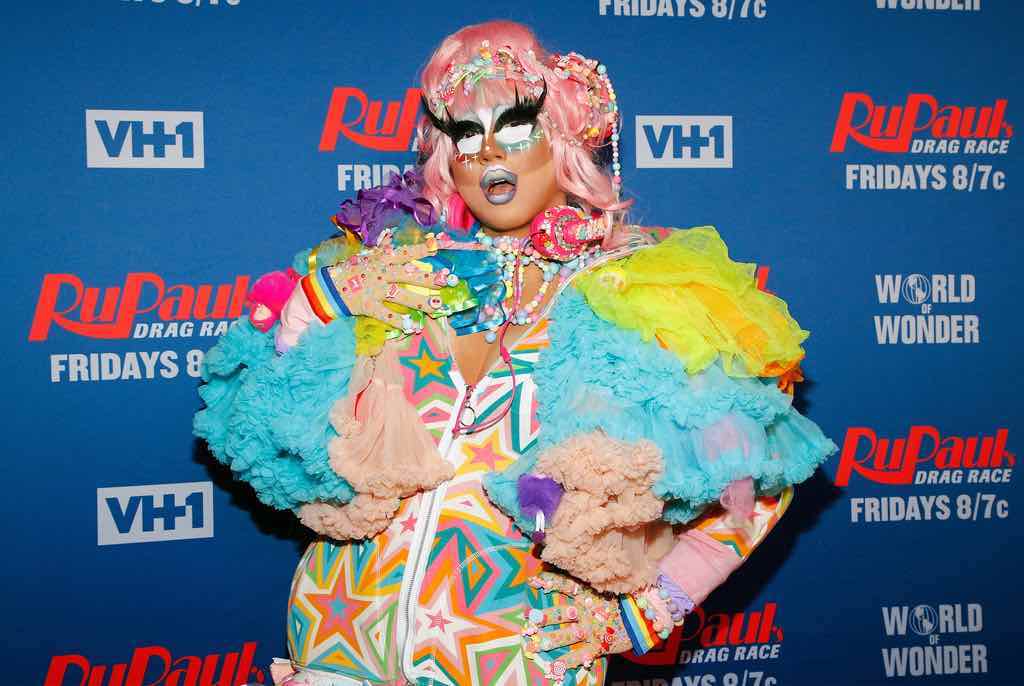 Rock M. Sakura gets off to a rough start with a costume malfunction, and attempts to win favor by repeatedly doing splits and various other tricks which quickly wear out their welcome. Brita’s confidence and dominant stage presence from the very beginning wins her the matchup.

This entry is more notable for being a colossal, cringey wreck for Sakura, rather than a genuinely entertaining outing. 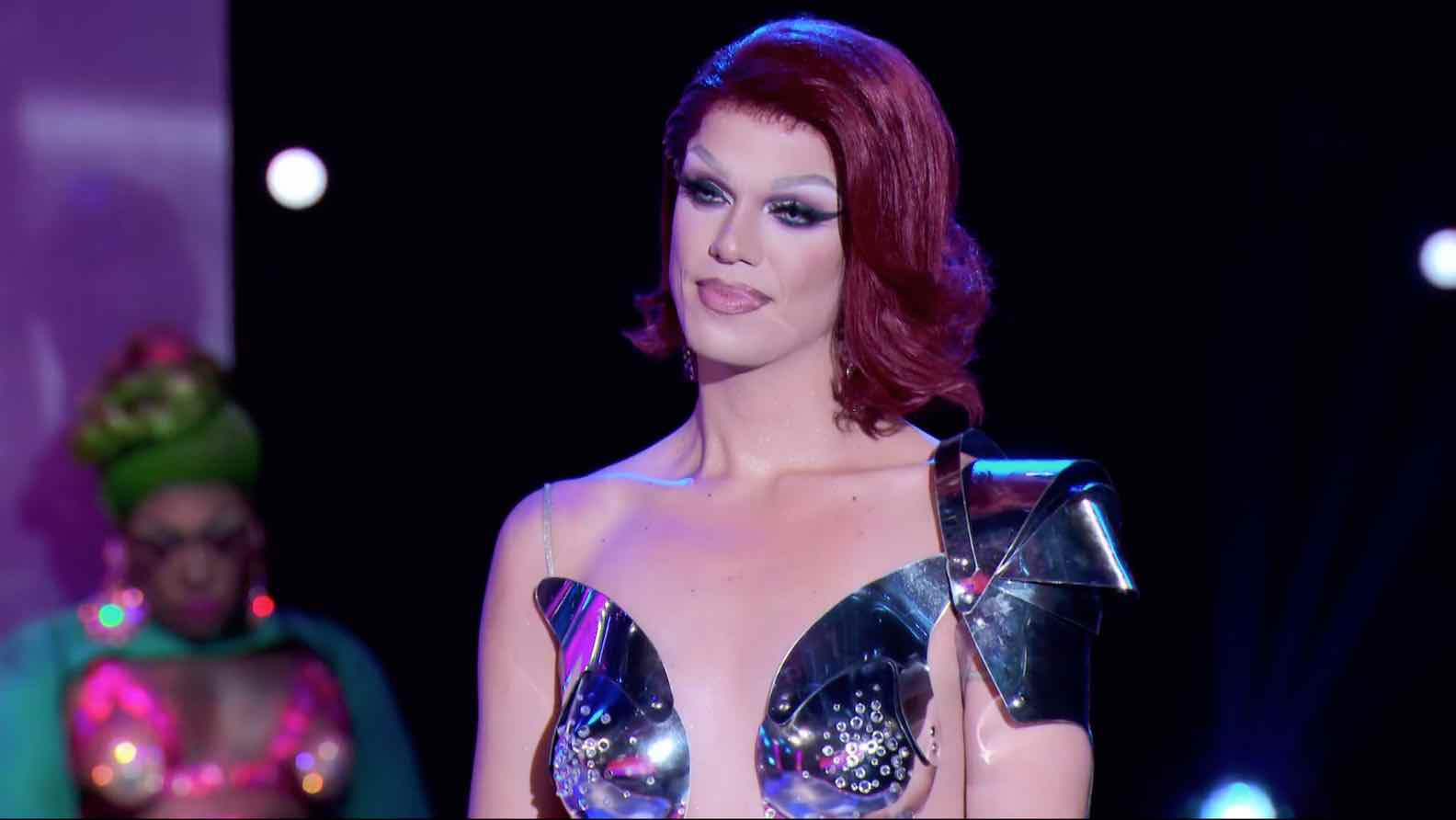 While neither contestant does anything that incredible this round, it’s a close contest. Nicky brings across good energy for the song, but is a bit boring with her repetitive strut-strut pose routine.

Heidi’s presence is too strong, and she overcompensates by doing the Robot during a song break. A wig malfunction also slows her down considerably, so again with a rather mediocre matchup. Surprisingly, it’s Nicky who ultimately goes home. 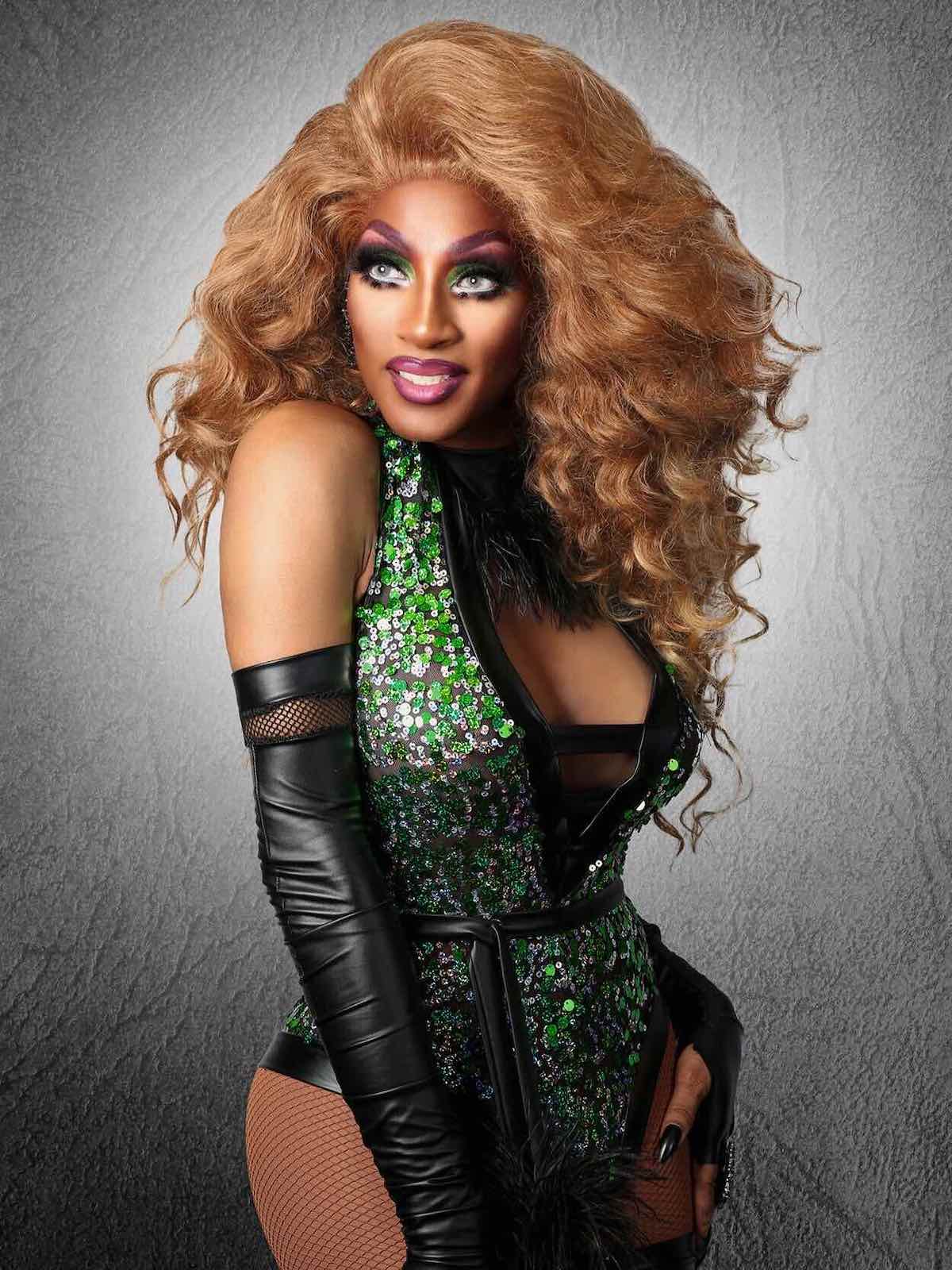 Jaida’s solo entry from home doesn’t have the production value of her competitors. However, her incredible dance moves coupled with some nicely handheld camerawork from a friend puts Jada on par. Its homemade aesthetic also gives the performance a subtle charm, showing sometimes less is more. 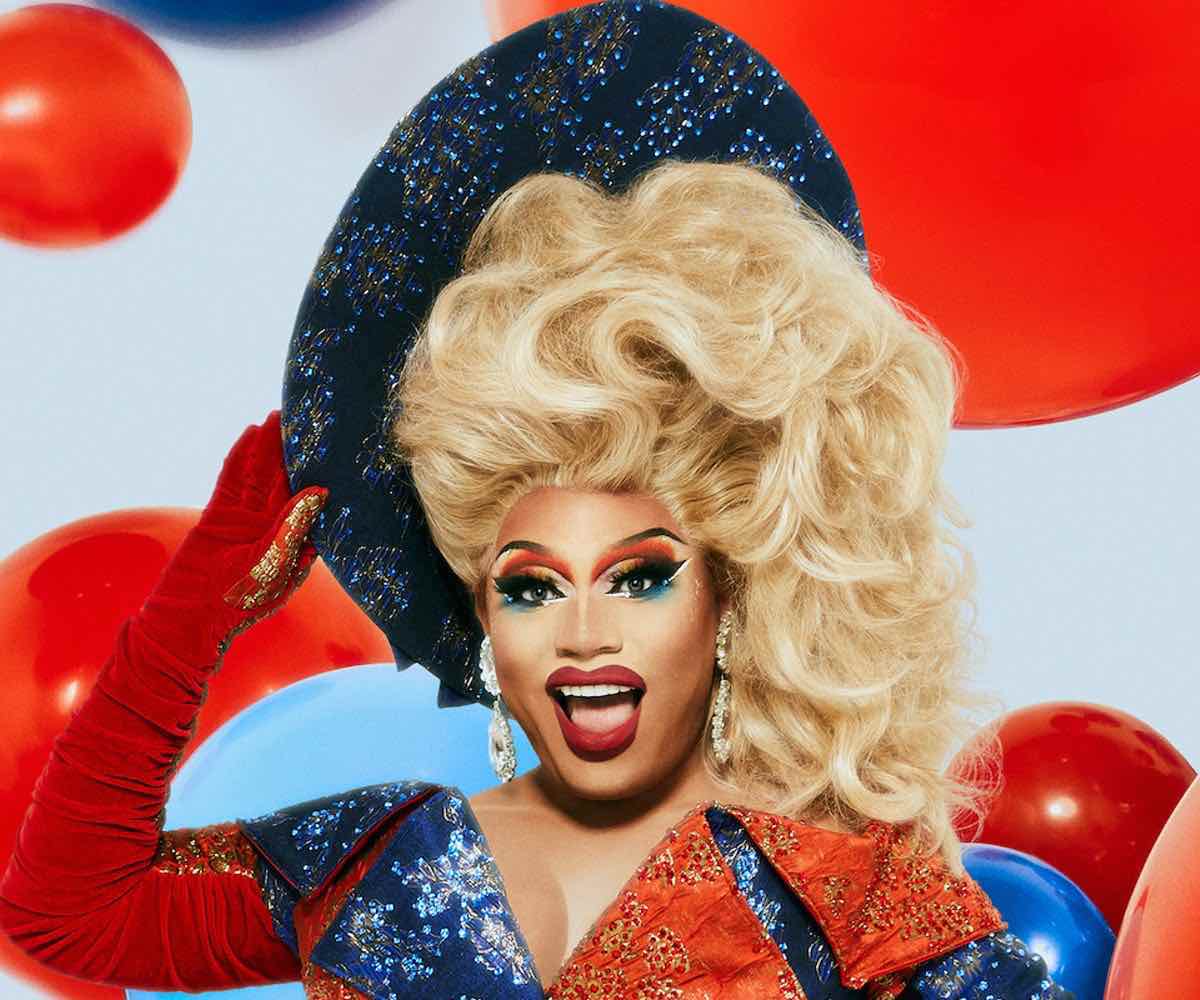 In one of the closer matchups all season both queens bring their A-game. Ultimately, it’s Brita who goes home, but no one can say they both didn’t offer up great performances. It’s impossible to list all the moves these queens bust over their two-minute dual act or describe the scene beat for beat, so do yourself a favor and watch it on YouTube. 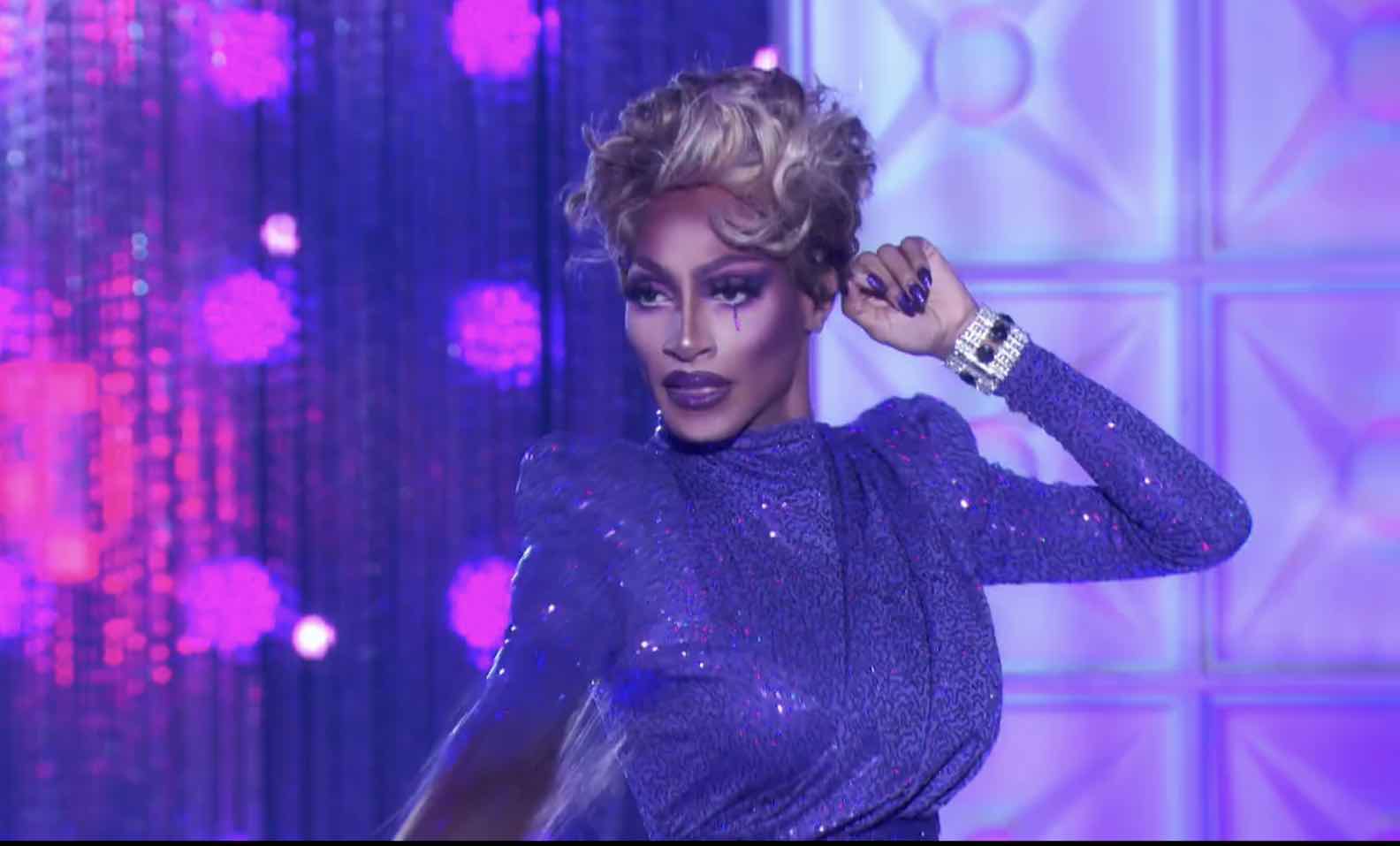 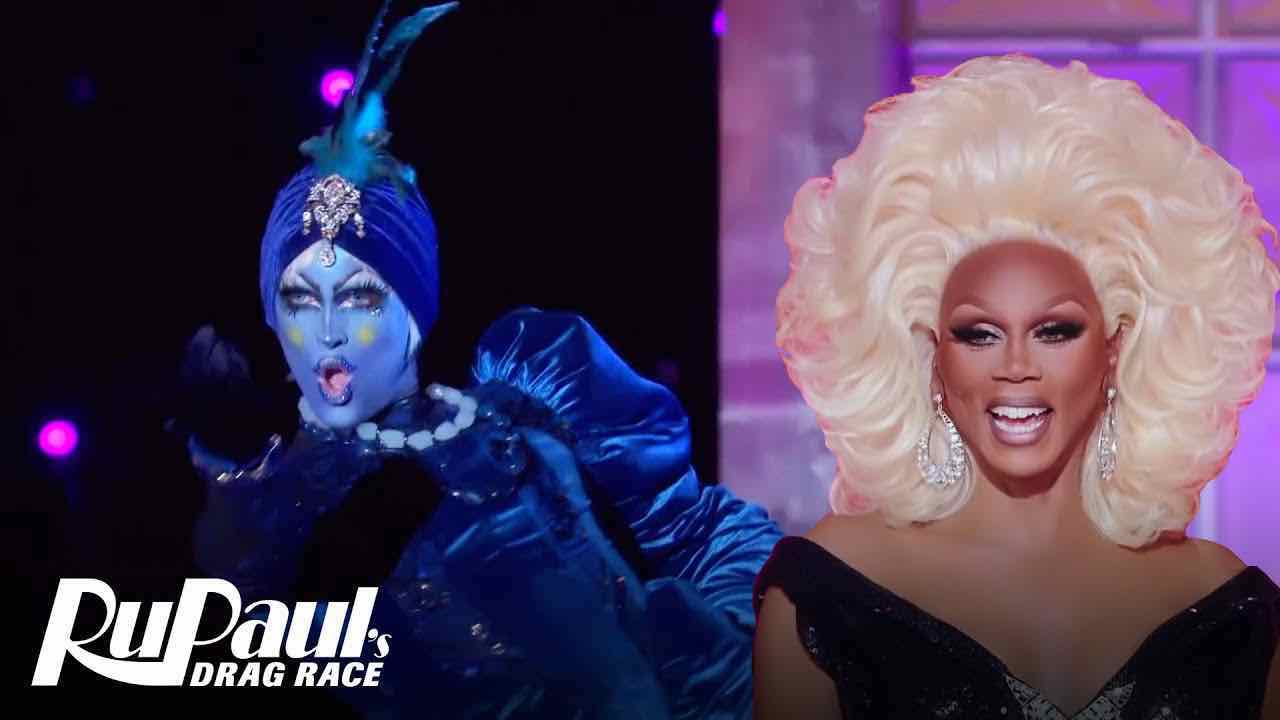 E12: Crystal Methyd vs. Jackie Cox – “On The Floor” by JLo and Pitbull

Jackie Cox delivers a terrific performance, her little glitching face during Pitbull’s “p-p-p-p-pump it up” line totally on point.

Surprisingly, it’s Crystal who wins the match. Her lip-syncing is just as good as Jackie’s, but Crystal’s excellent genie costume mixed with her more physical performance puts her over the edge.

Maybe Jackie’s choice of costume should have been rethought. A dress with a giant, poofy skirt can restrict dance moves quite a bit. 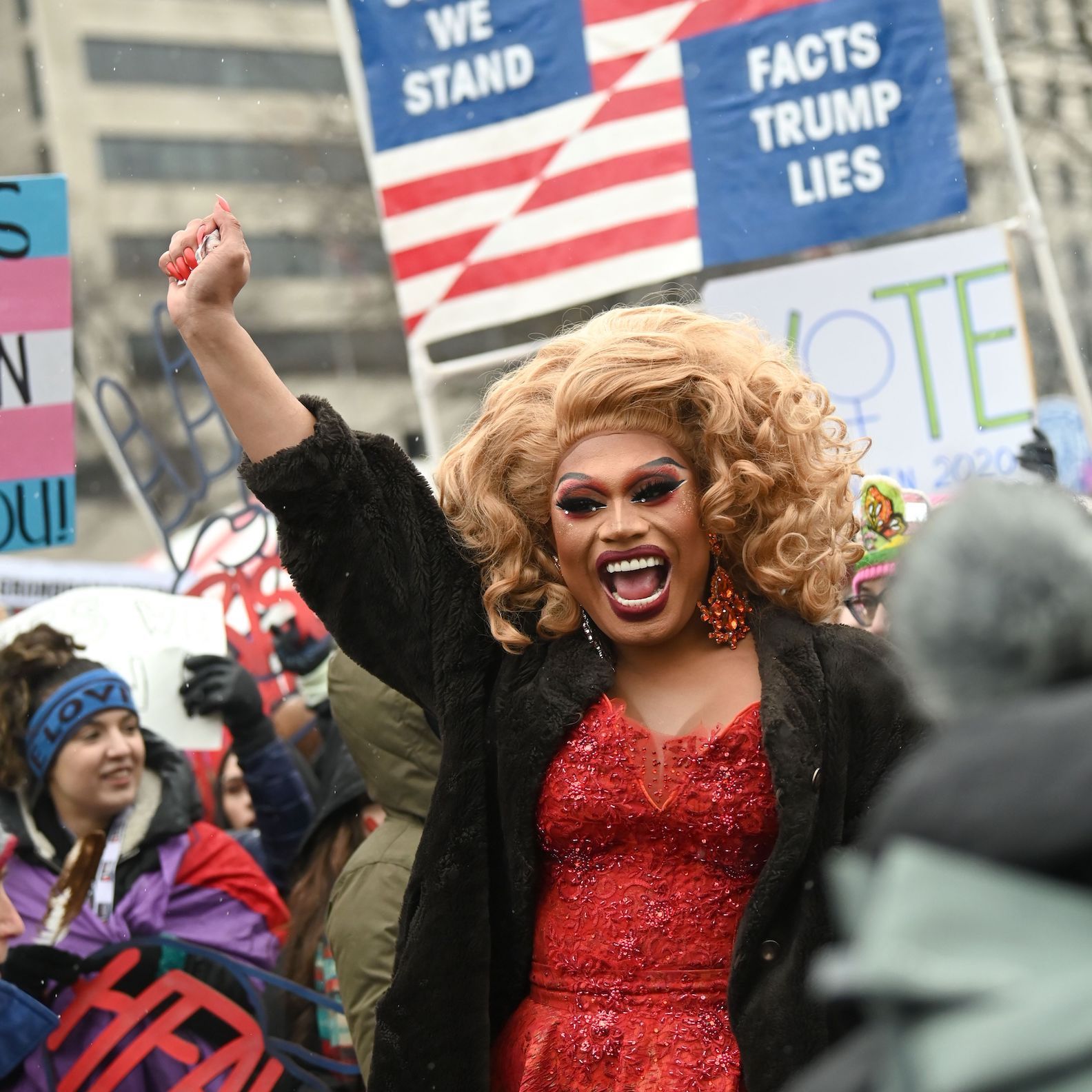 The kitschy sets and well-designed “winter” costumes, along with the fake snow falling on the stage, make this faceoff more visually striking than other lip-syncs of season 12.

Brita pulls every card she can, even performing a magic trick in the finale: shooting sparks out of her gloves. Aiden Zhane’s more subdued take ultimately costs her the win, but this is still one of the better matchups all season. 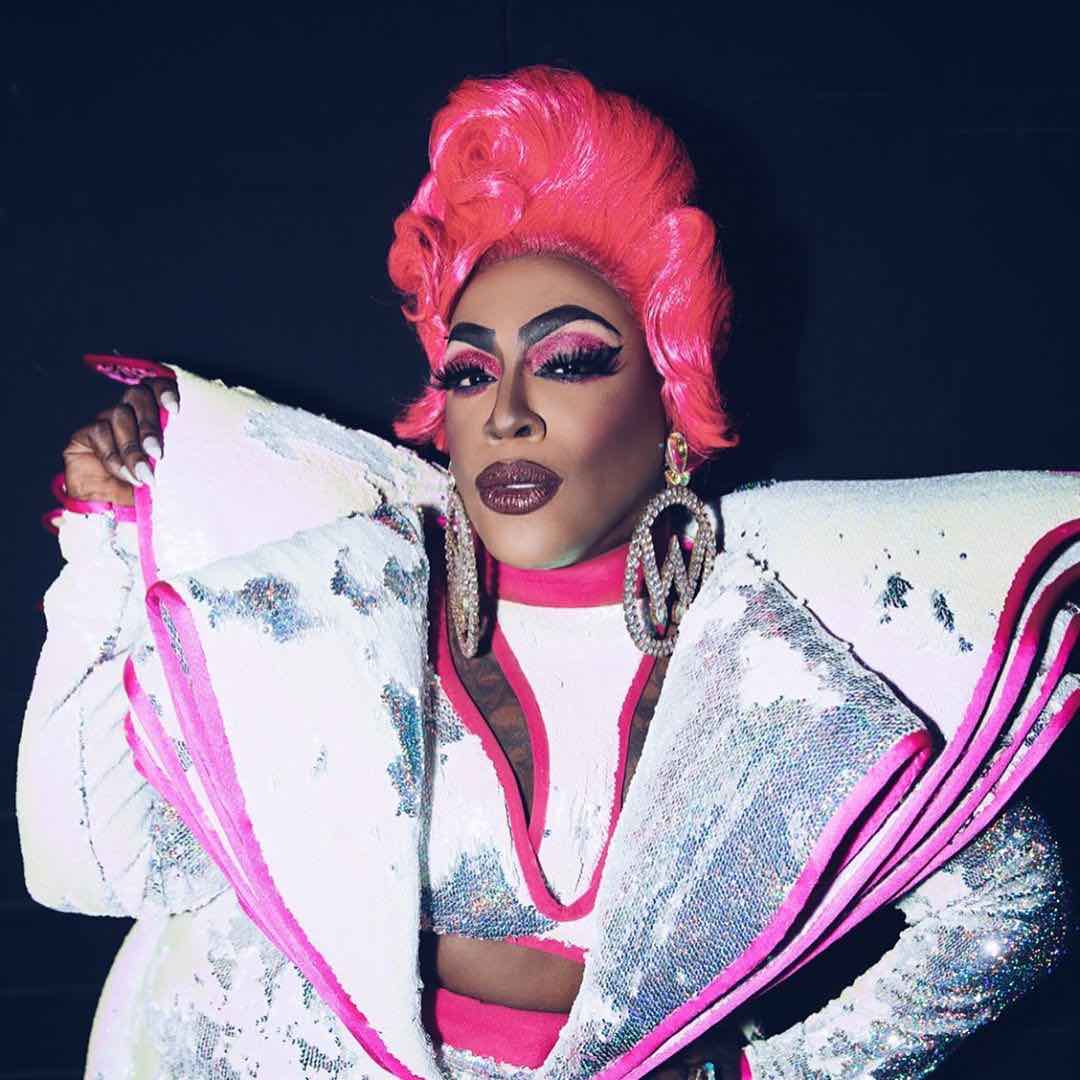 The first lip sync of the season takes place before any eliminations are introduced into the competition. Thank god, because it’s such a clear victory for Widow Von’Du who blows away every judge, including Nicki Minaj herself, with her highly energetic & fearless dance moves. 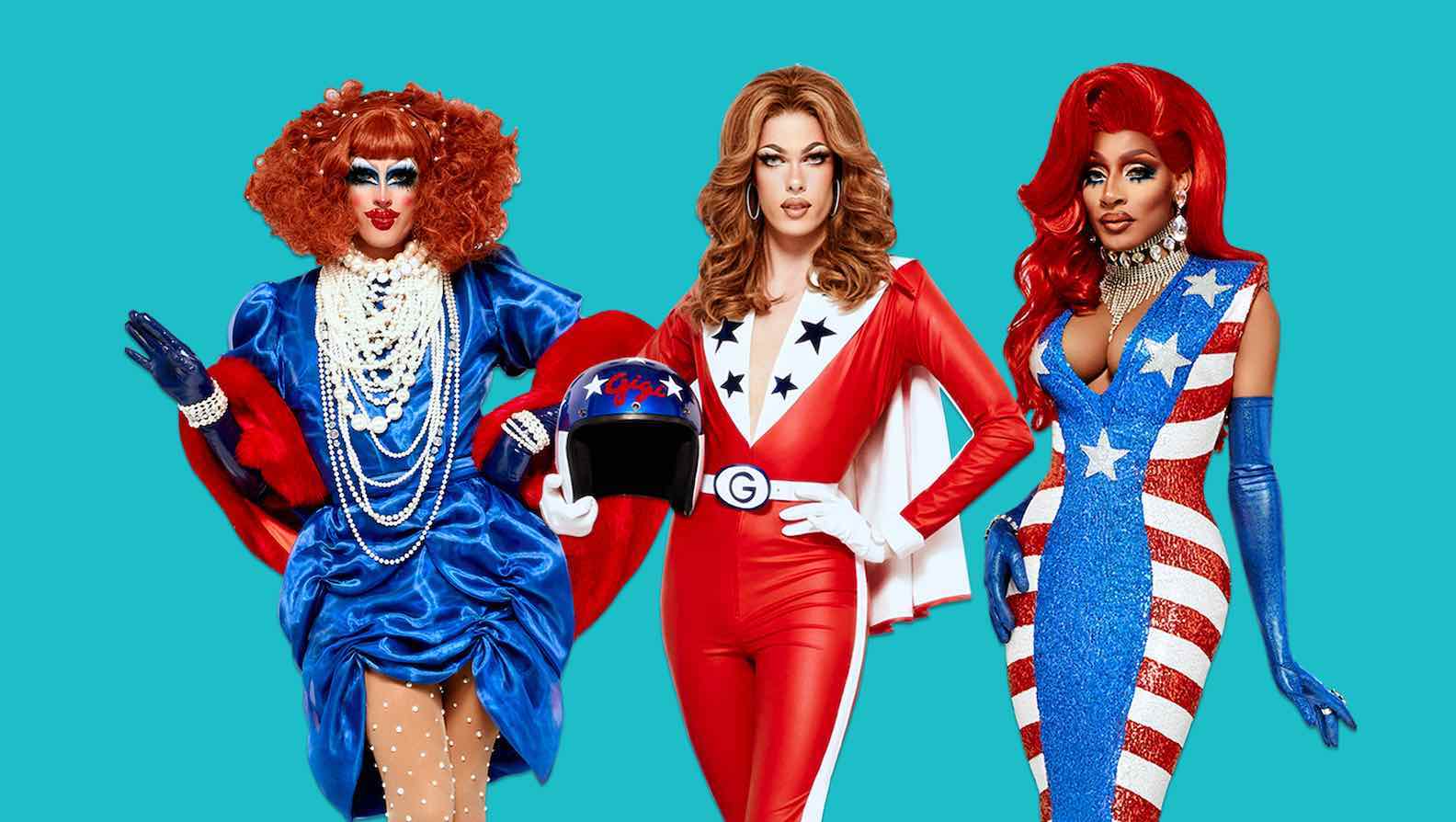 All three queens bring their all to the absolute final lip-sync battle with highly elaborate costumes and relentlessly animated performances, but it’s ultimately Jaida who takes home the crown, combining terrific lip-syncing and expressiveness with a great costume & superior dance moves.

This is without doubt one of the more entertaining battles of season 12, and not just because the song is a fierce banger. It’s the culmination of a season of hard work paying off, and all three queens deserve major props for continuing to give it their absolute best, even when forced to continue from home. 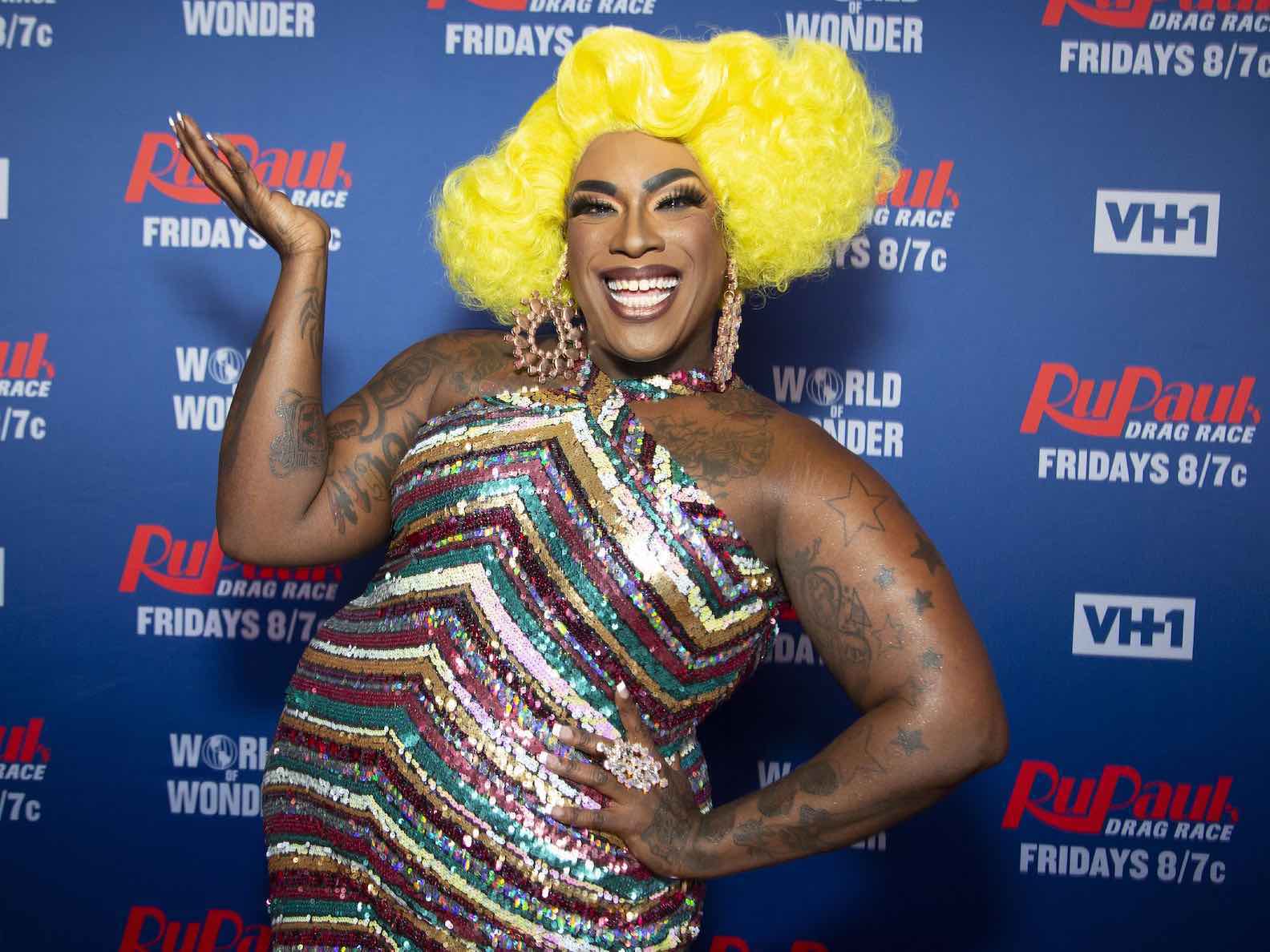 At first glance, Jan’s higher-energy performance filled with cartwheels and running up and down the runway (all in heels, by the way) would be the win. But it’s Widow’s passionate lip-syncing, whose lyrics seem much more genuine & meaningful coming from her, which wins her the round. 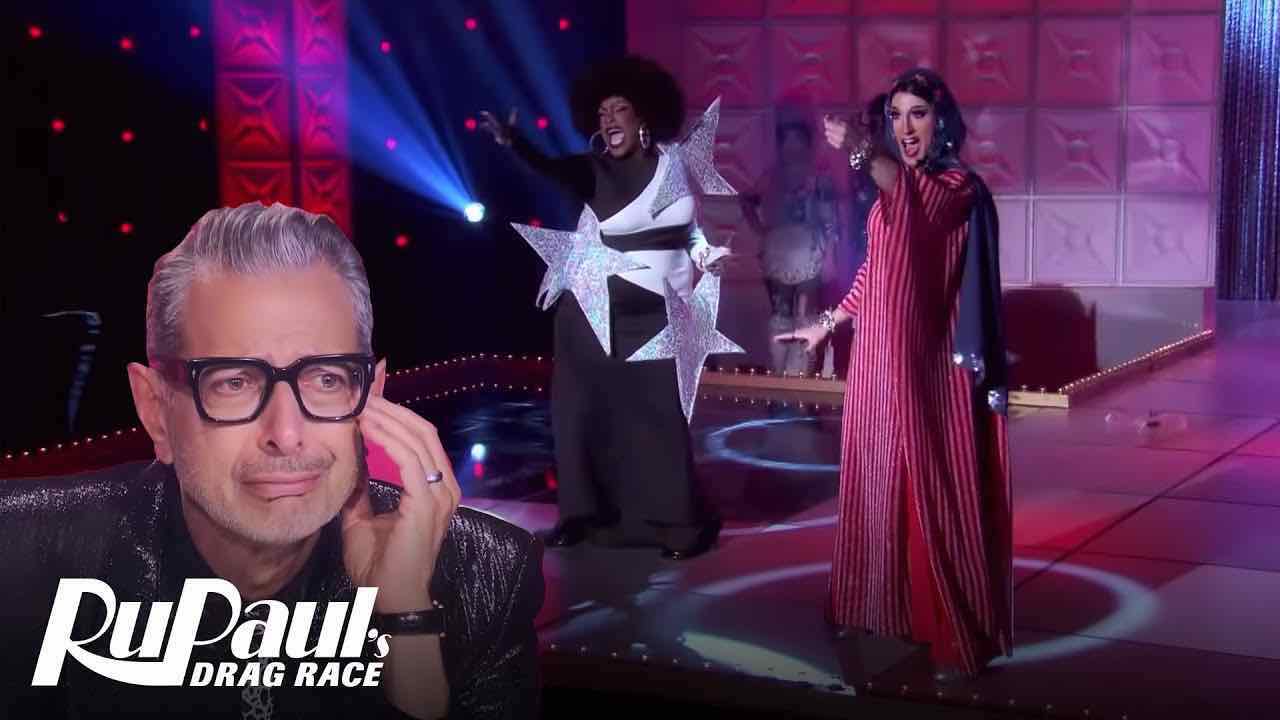 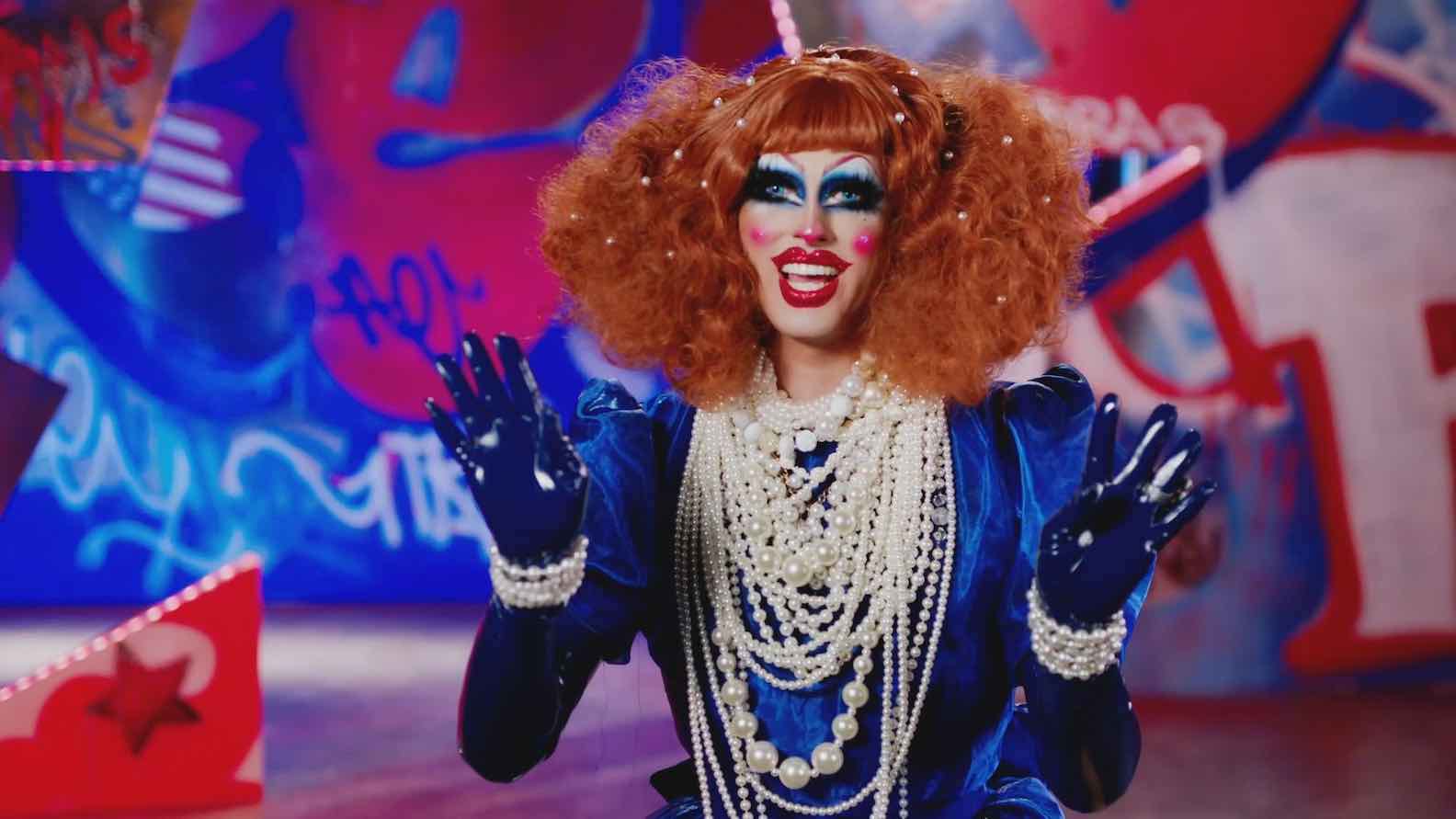 The first of several solo rounds for the finale showcases the benefits of submitting the lip-sync battles from home, namely more creativity.

Instead of a pre-decorated stage, the queens get to set their own surroundings. Crystal’s lip-sync entry has her head stuck through a tarp painted like a blue sky (like one of those “insert face here” photo ops at carnivals & boardwalks) on top of a “bird body” puppet.

Crystal incorporates video editing & homemade effects to bring her performance over the edge. The low-budget charm of the production counterintuitively helps here. 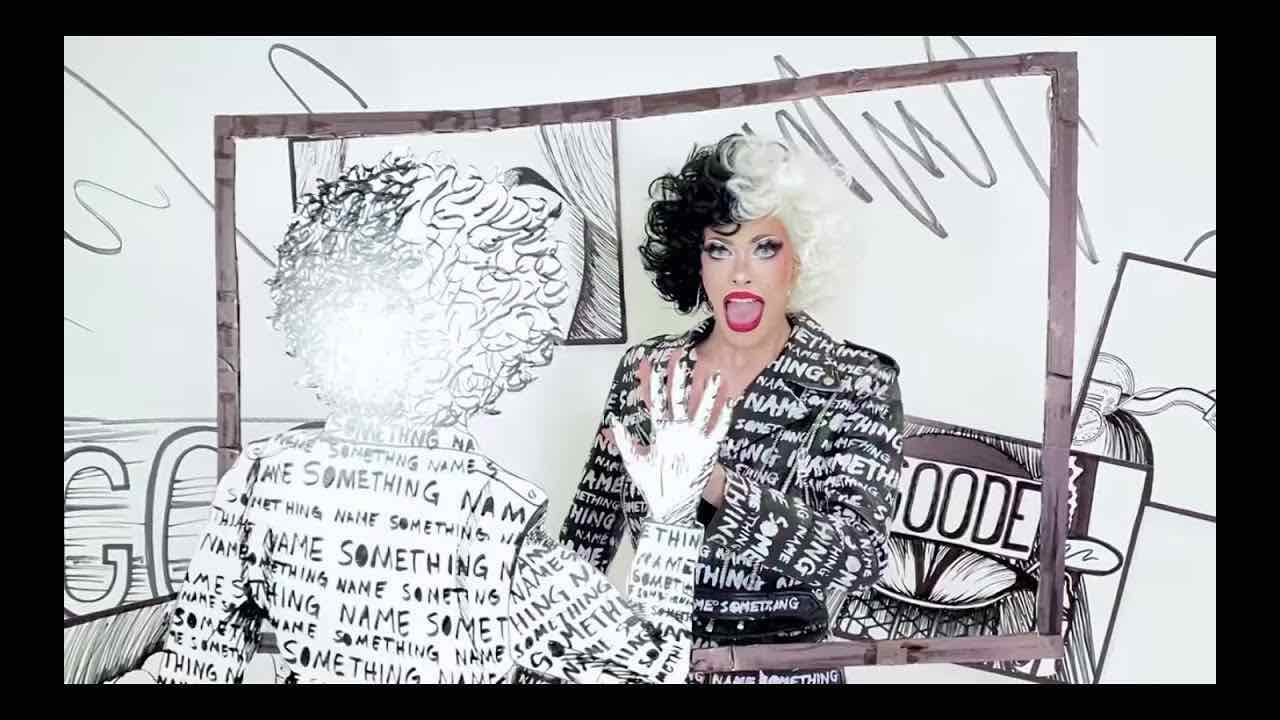 In another solo lip sync produced from home, Gigi dons a black and white jumpsuit with Cruella DeVille hair against a homemade white backdrop and props inspired by the visual aesthetic of A-Ha’s iconic sketchpad music video.

The whole affair shows off Gigi’s talents for arts & crafts. Gigi even includes a classic jump cut in which the color of her jumpsuit inverts from white with black writing to black with white writing. 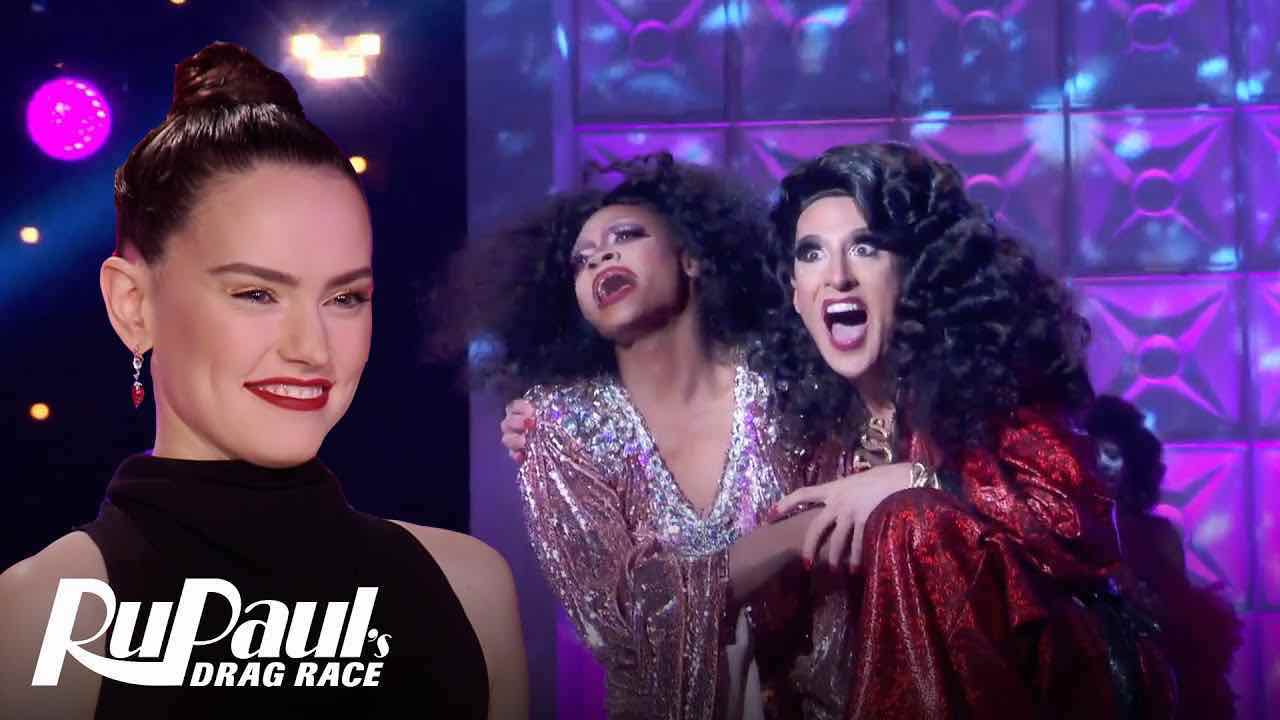 Jackie, the most recent winner at this point in the contest, and Heidi, who has slayed the competition consistently, finally face off.

You couldn’t ask for two more varied takes. Jackie’s is all about tongue-in-cheek mugging and ironic self-awareness. (Her interpretation of the song is pretty funny.) Whereas Heidi’s is more genuine & fun, coupled with wicked dance skills.

But the two queens’ styles, both paying tribute to the disco scene of the 70s, ultimately complement each other – and they even appear to start bouncing off each other. Because of Jackie & Heidi’s on-stage chemistry, this challenge an incredibly fun watch that even results in a tie, making it the most evenly matched and invigorating lip sync of the entire season.