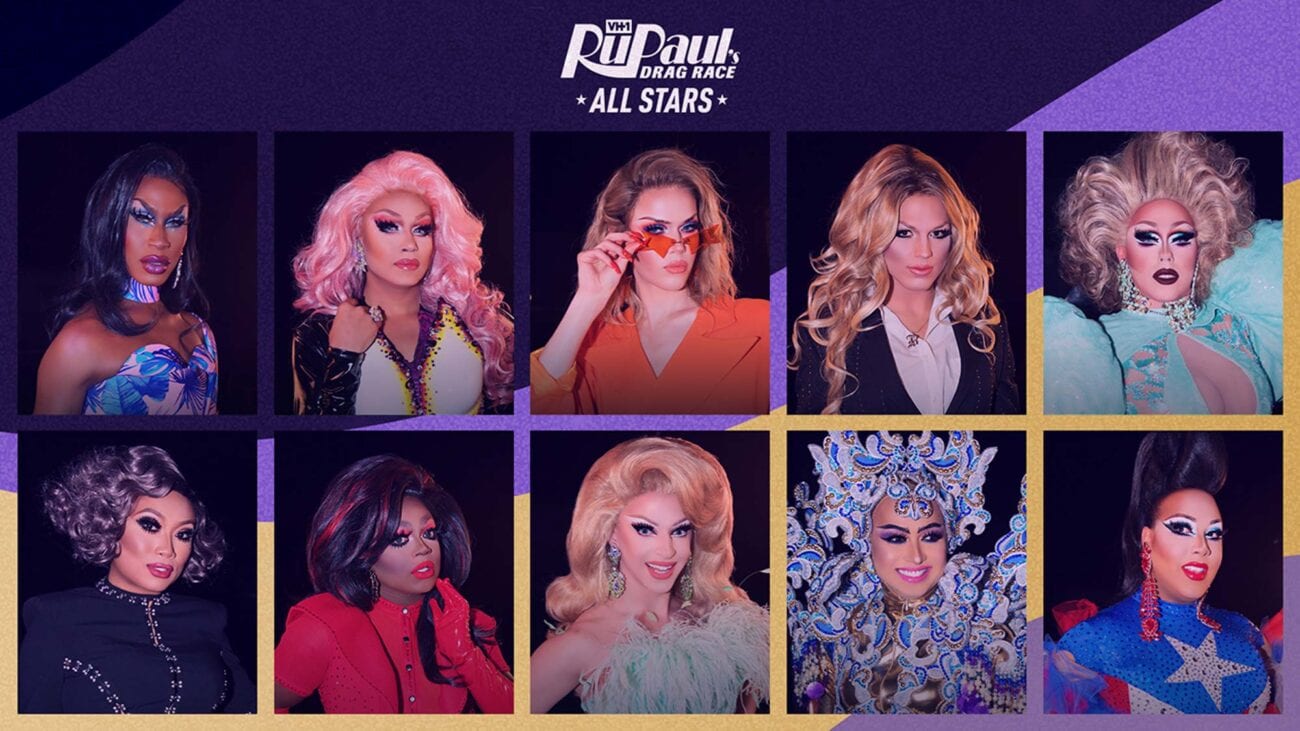 In the premiere, we get to see nine contestants show their stuff with their entrance lewks. These queens are killing it – we’re so happy to see them again. But while some left us swooning, others were . . . not so impressive. Here’s our ranking of RuPaul’s Drag Race All Stars 5 entrance lewks. 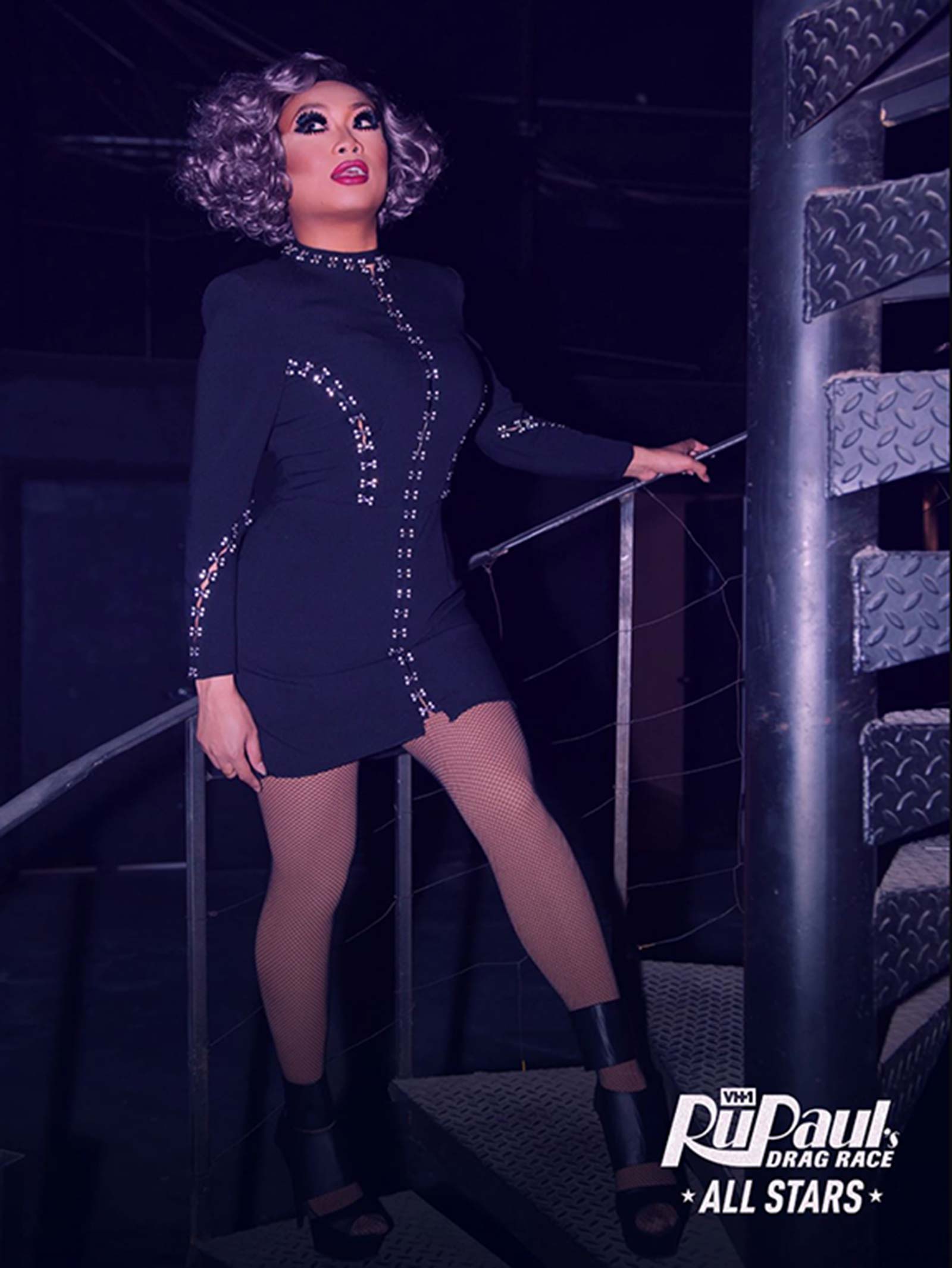 While some may call this lewk a little basic, we call it totally fabulous & sleek. The way the dress opens in little curvy slices with those butterfly clasps – how original is that? It hugs her waist perfectly and those black pumps just kick it up a notch. Plus – if you think that black, long sleeve is boring look at her hair! A curly purple bob that is wild yet classy. This is perfection Jujubee. We think she deserves a win here too. 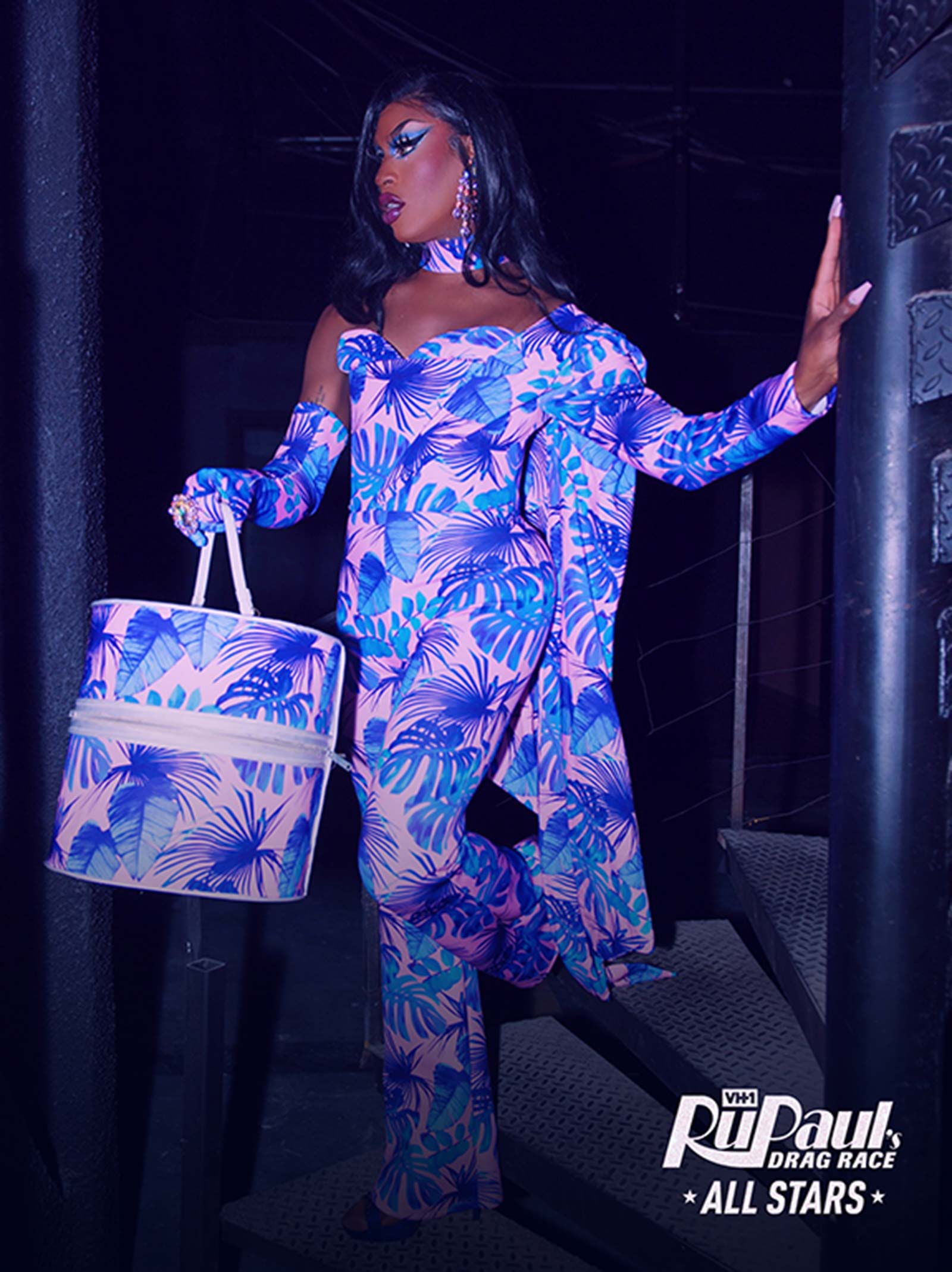 Wow, this is such a stunning lewk! Though it must be pointed out – not sure what was up with the top of her dress. Are those tiny folds supposed to hold boobs because it makes zero sense to me. Regardless, her performance was amazing and she deserved this win. That purple & blue is so appealing to look at and she wears it so well. 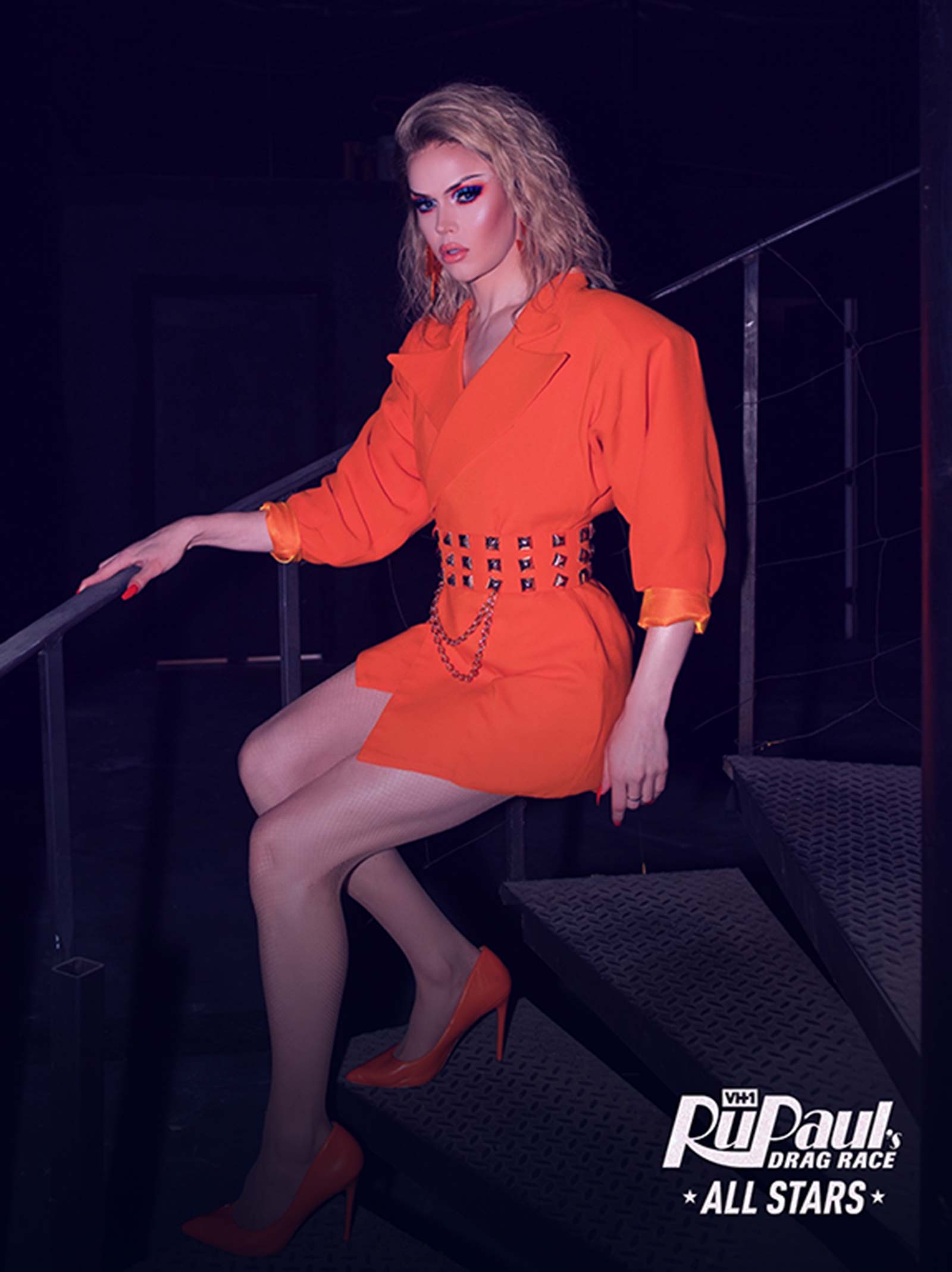 This lewk is such a transformation from what we’ve seen from her before. It looks like she could be a fashion designer in Gossip Girl or something! It’s like a high-end New York theme crossed with a stylish traffic cone. That sounds bad, but somehow it’s just bold enough to work. 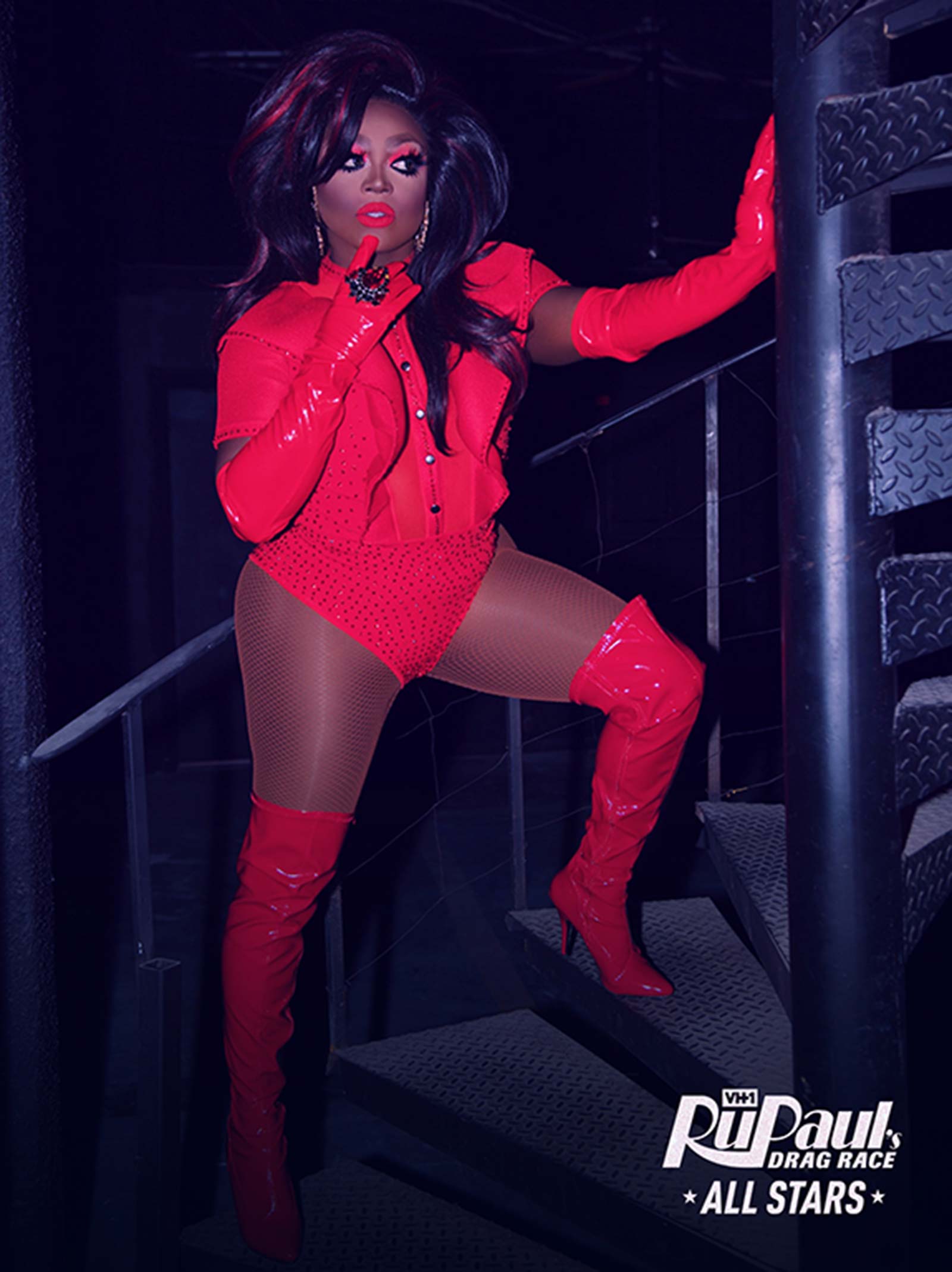 This lewk was so underrated! Though it was said she got part of this on Amazon for a bargain (yikes!) it doesn’t look cheap – honestly, it’s just as amazing as her other competitors. That red is so dazzling on her – we love it! 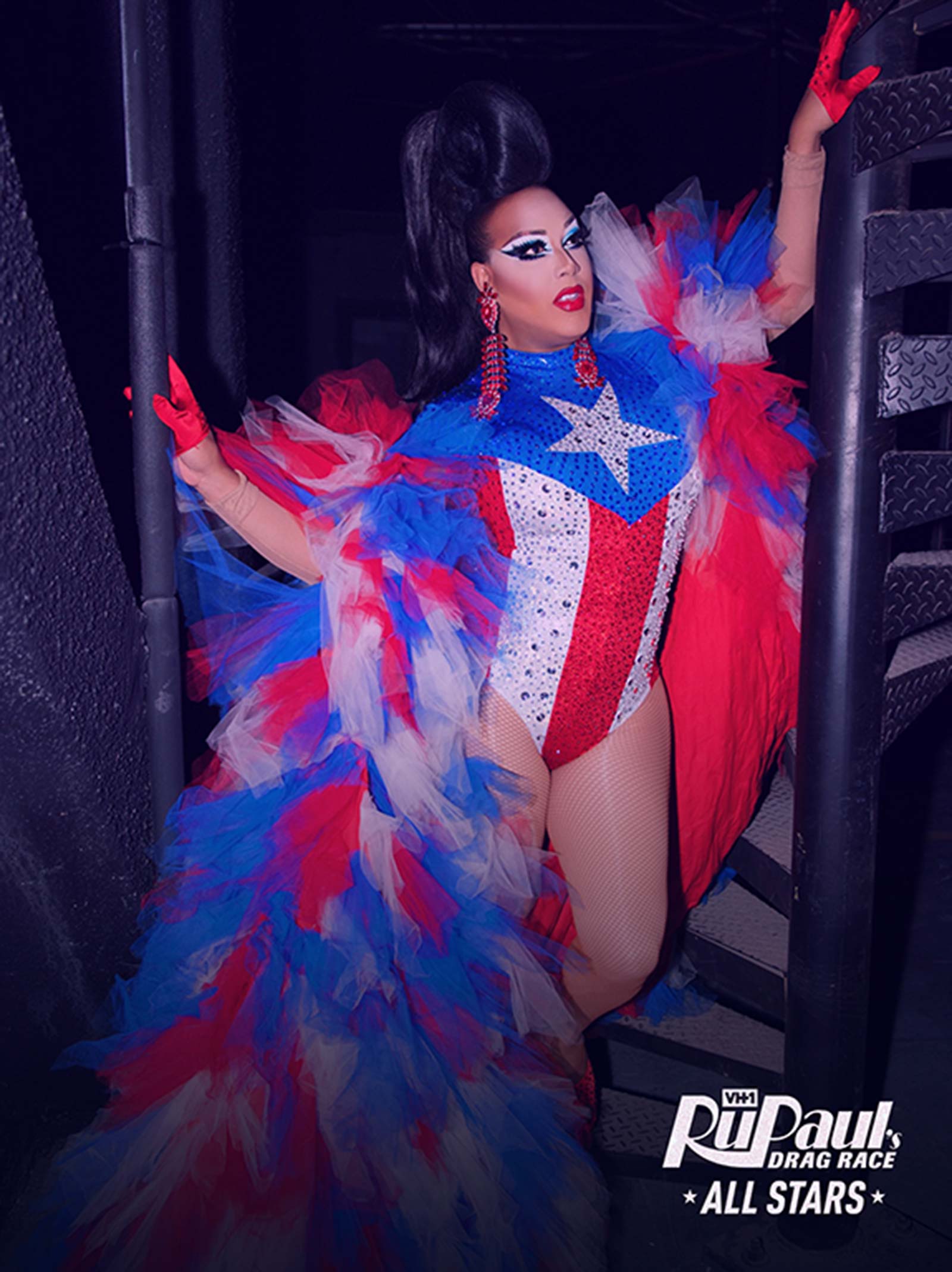 Fierce & perfectly loud, Alexis makes this patriotic look classy & chic. Her performance was stunning – just look at that sleek hairdo & marvelous red earrings. We know that she’s wearing the Puerto Rico flag but she could really pull this off for the Fourth of July too – she better pull this out of the closet next month and show everyone how awesome Puerto Rico is. 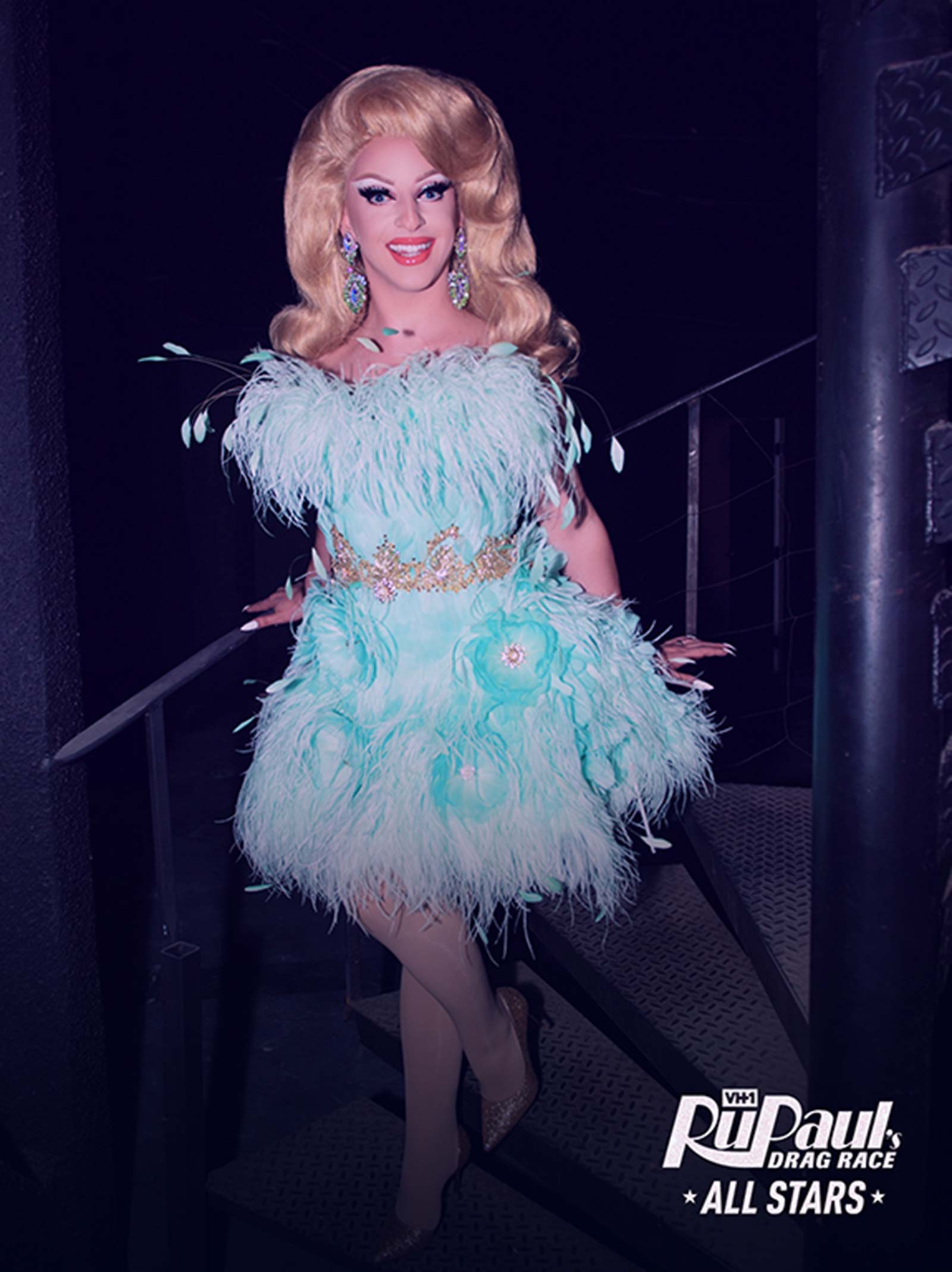 While her dress is a bit too gaudy, it’s still very pretty with that soft blue and ruffle of feathers. But just look at that hair! Absolutely gorgeous. And she said that she made it herself! 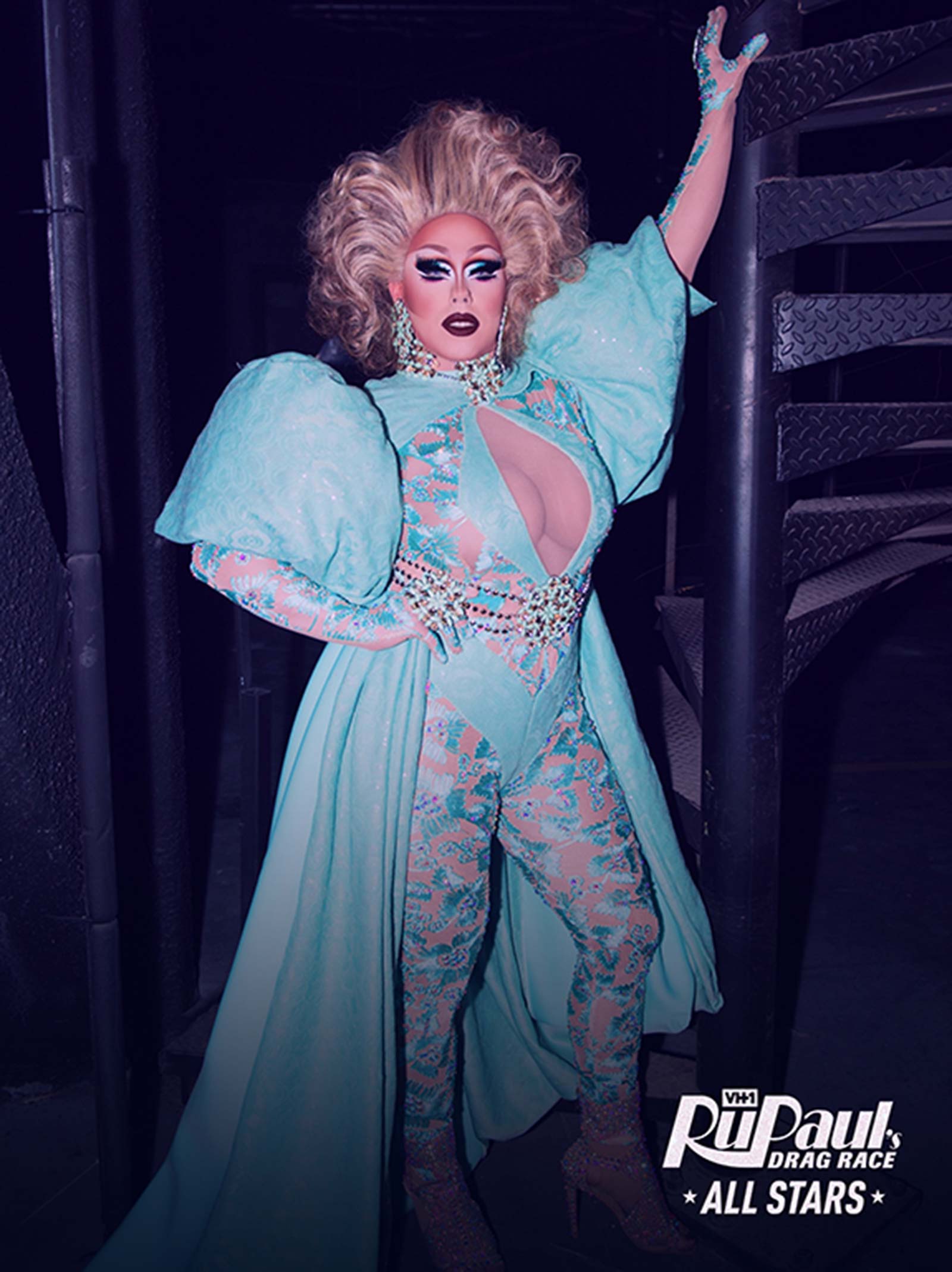 The whole “Old School” thing on the back was a bit on the nose. And the comparison to Lady Gaga is a bit lost beyond those poofy sleeves. But the sleeves & lacy blue patterns around her legs and arms – we dig it. Plus she basically has a rad cape too. 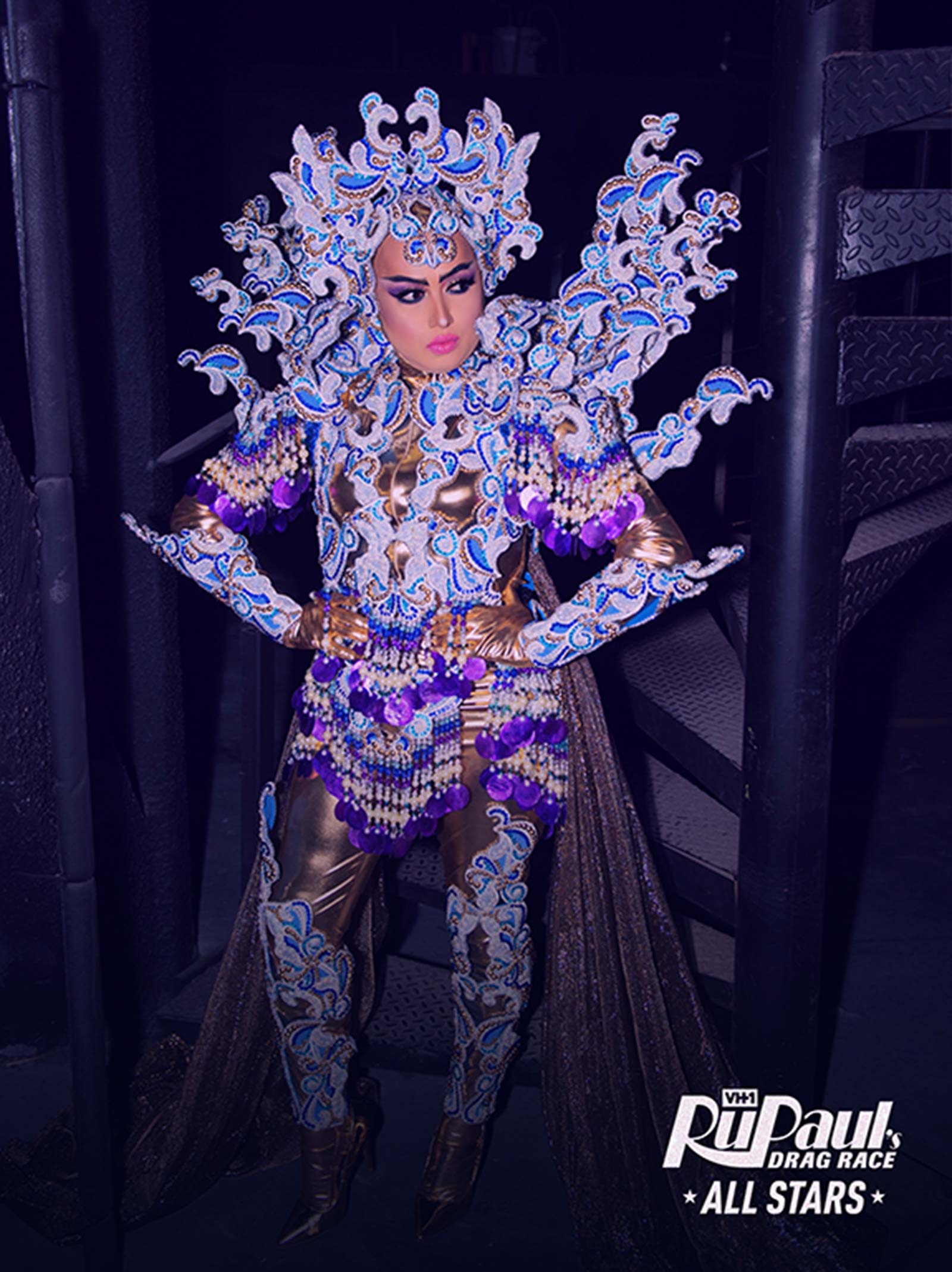 While the concept here was really cool – a modern take on a national Filipino costume – but to be honest this lewk is sort of hard to look at. We think that she could have made it look a bit tighter & more elegant. The white, purple, & blue isn’t doing it – perhaps the gold should have gone over instead of under. Not to mention, Ongina’s performance this week was . . . flat. You can do better next week Ongina! 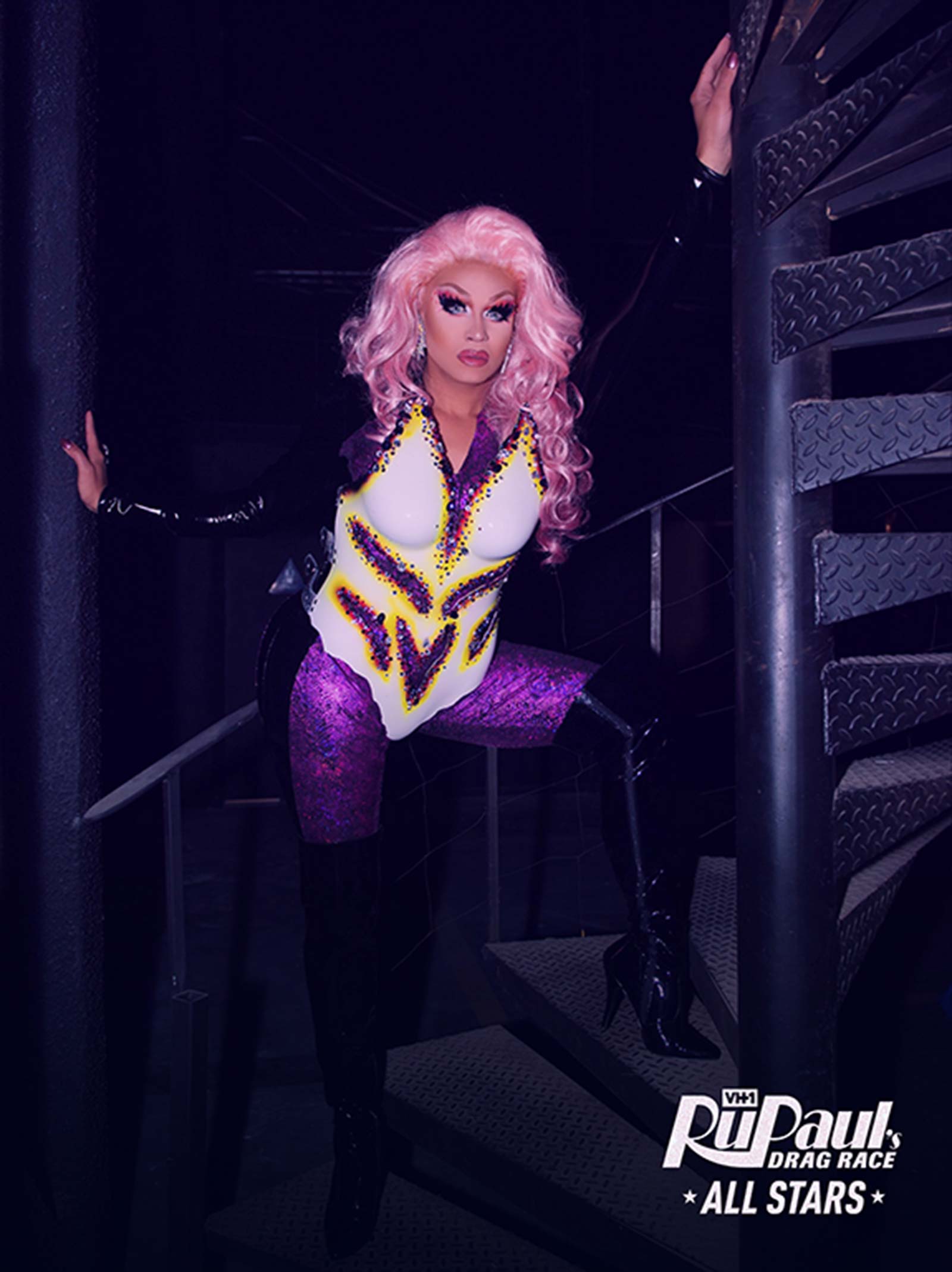 Okay, she gets some points here because that could totally be a superhero/super villain getup. But overall, it’s just simply not great. The hard shell encasing her middle with the flashy purple & black leggings – it’s just awkward and a bit too much. Her pink hair doesn’t compliment the busy lewk either. 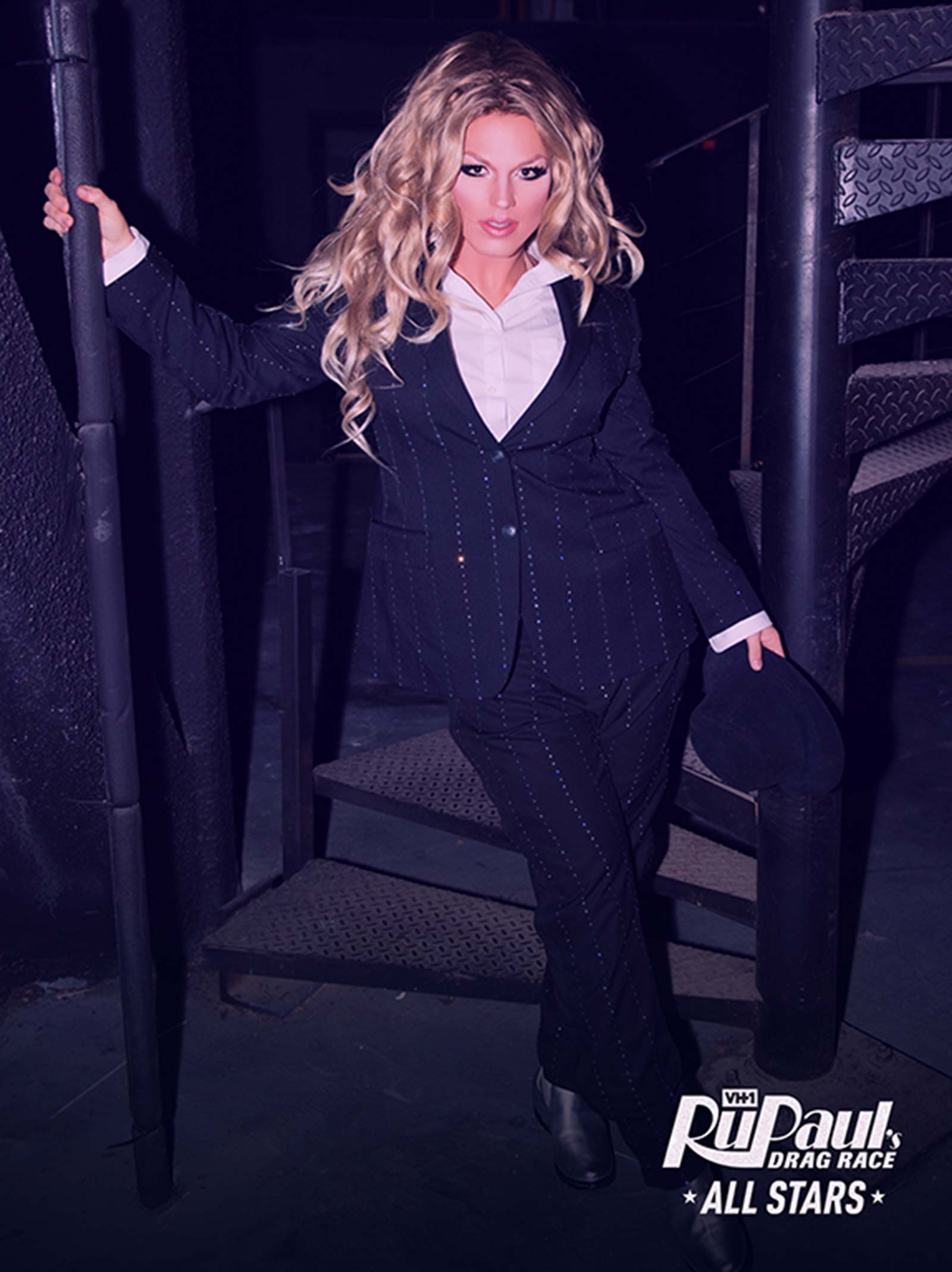 Honey, why? Her hair looks great and her makeup is on point. She was on track to be a great Brittney Spears. But her suit jacket was way too loose and her shoes were – frankly – totally lame. She was definitely off her game and sadly, deserved to be eliminated.