We’re sad to report that season eleven of RuPaul’s Drag Race is over. After a long, drama-filled season, Yvie Oddly was crowned victorious as queen of Drag Race. Girl absolutely deserved it – she brought a strong personal narrative, a hugely original take on drag, and a don’t-fuck-with-me attitude we just couldn’t get enough of.

However, first runner-up Brooke Lynn Hytes gave Yvie quite a run for the $100,000 prize money.  She was the fan favorite throughout the season, and many were surprised about the final result. Everything hung in the balance on that final lip-sync challenge in which Brooke displayed a technically excellent performance. She who dared won, though: Yvie stole the crown by doing something totally unique. 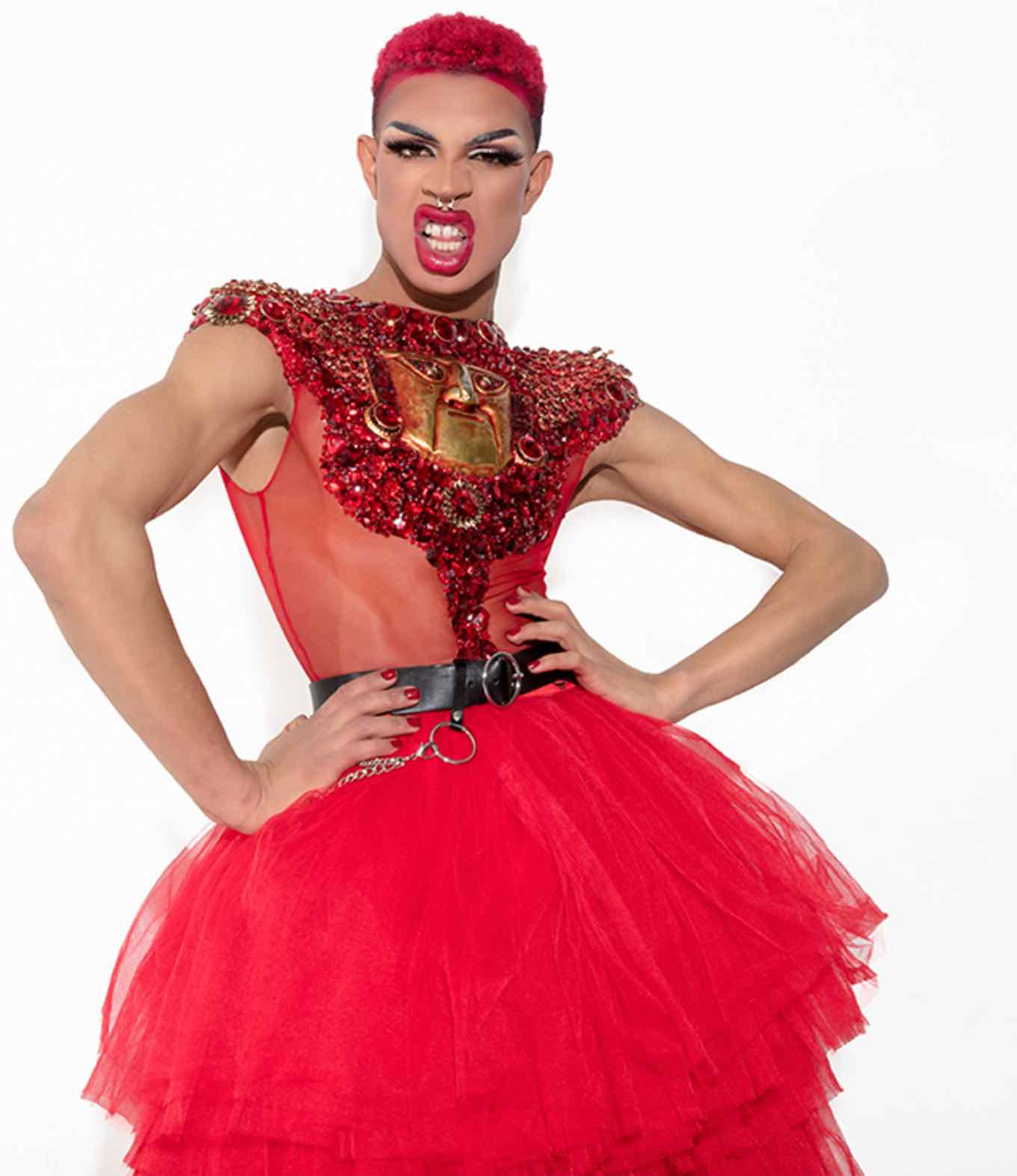 Drag Race is a show regularly full of moments so magnificent, scandalous, and fabulous it makes you want to do a death drop right there in your living room. But every now and then, the show delivers the exact opposite: lip-sync battles so bad you’ll want to give a death drop to your TV, instead. As all Drag Race fans can profess, however, there’s still something eminently enjoyable about a bad performance.

We’ve got a lot to say about S11, so make sure you stay tuned for our further coverage. Today, we’re honoring the very worst vintage lip-sync-for-your-life battles in the show’s history.

Though she was criticized for snakey tactics during her reappearance in All Stars, we’ve got to give it up for the first ever winner of RuPaul’s Drag Race. Embracing Afro-futurism and impressing the runaway with African couture that puts the costume department for Black Panther to shame, she set the bar high for future contestants.

With a combination of gothic makeup styles and a punk rock fashion aesthetic, Needles’s win in season four cemented RuPaul’s Drag Race as a safe haven for any and all types of drag. Drawing inspiration from Lady Gaga, her spooky style wowed the judges, and her witty, humble personality quickly made her a fan favorite. She still holds the record for the most main challenge wins, claiming four victories during her tenure.

Winning her first challenge straight out the gate and avoiding the lip-sync challenge altogether, Violet was a born winner. Though she caused some friction with her occasional snobbiness, she overcame her isolation from the rest of the group, and the judges simply couldn’t deny her inventive style. Who could forget her reversible tartan jumpsuit, which made judge Carson Kressley (The Perfect Man) throw up his hands in disbelief?

If Sharon Needles popularized spooky drag, Sasha Velour took it to a whole new level. Although gothic & ghoulish drag has always been a staple of the show, Velour transcended her position as the token “scary” queen for season nine to take home the grand prize. Sporting a Frida Kahlo monobrow and usually performing bald – as tribute to her mother who passed away from cancer – Velour is the current reigning champion, and one of the best.

Aside from her victory in the eighth season of Drag Race, Bob takes home the award for the funniest drag name in the show’s history. A comedian at heart, Bob’s dry humor and self-aware style earned her three main challenge wins. Her enthusiasm and heart quickly won over fans, and the story of her arrest during a drag protest is as amusing as it is sorrowful. She’s currently filling in for Katya Zamolodchikova on The Trixie & Katya Show.

After her aloof exterior and arrogant attitude to the other queens melted away, Raja raced to the top of the list of fans’ favorite Drag Race contestants. Already known as a makeup artist for America’s Next Top Model, she took her fashion experience to new heights with stylish & subtle looks. Rising above controversies such as the Heathers clique and tullegate, it’s impossible not to love Raja’s sardonic sense of humor and winning smile.

Probably a controversial opinion, but Shangela is one of the most annoying queens in Drag Race history. Loud & obnoxious, if her signature catchphrase – “Halleloo!” – wasn’t irritating the first time round, it certainly was after it was said about two hundred times an episode. Becoming the first queen to compete in two separate seasons of the show, her constant returns and cameos were certainly unearned for this one-trick pony.

Attracting antagonism from the other queens for her disdain towards the Kardashians and constant admittance that she was only competing in Drag Race for the “exposure”, Magnolia is largely remembered as one of the show’s most annoying contestants. Her worst moment came in the very first episode, in which she was criticized for not using enough of the materials provided after loudly complaining how ugly they were.

The oldest drag competitor in the show’s history, her age never became a crutch and she frequently delivered some fantastic looks. However, she’ll always be remembered for standing stock still and refusing to compete in Lip Sync For Your Life, resulting in her elimination. She was also criticized pre-Drag Race for performing in blackface for a stereotypical ethnic character. Not cool.

In another truly awful lip-sync challenge, everything was going so well for Mimi until she was up for elimination. Foremost a comedy queen, her grating humor irritated her fellow contestants, though she performed admirably in some challenges and delivered some fresh comedic looks. Her moment of shame arrived when she decided it was a good idea to pick up her lip-sync rival India Ferrah and carry her around the stage. Drag is not a contact sport.

The undeniable villain of season four, Phi Phi O’Hara was known for her high-strung attitude and constantly rustling the feather boas of the other queens. Knowing her style couldn’t match up to the innovative drag of season four’s winner – Sharon Needles – she began to undermine and sabotage the other queens in the challenges.

Though she returned to the show in All Stars 2 with a more positive challenge, Phi Phi eventually reverted back to her villainous methods to get ahead, leading to her elimination.