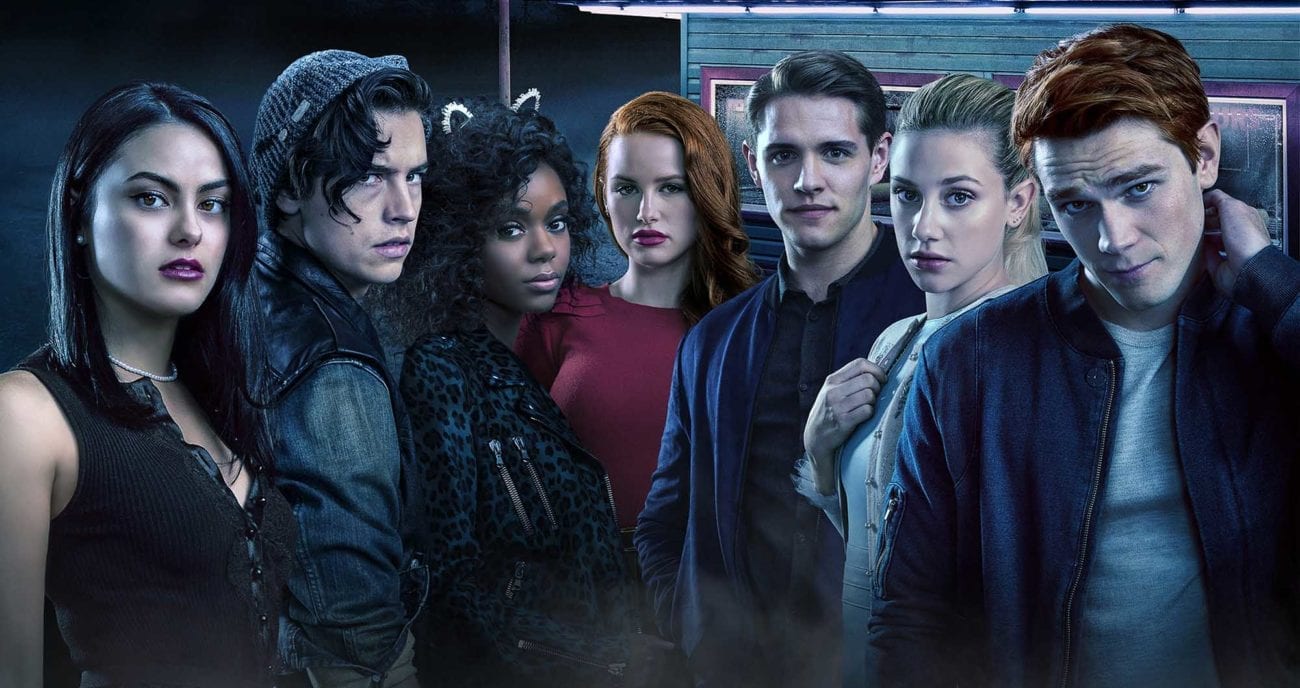 Out and proud: The best LGBTQI characters on the small screen

LGBTQI stories are continuing to attract both critical and box office success with no sign of slowing down. We’ve come a long way since the heart-wrenching performances of Jake Gyllenhaal & Heath Ledger failed to earn the Best Picture Oscar for Brokeback Mountain to make way for Crash – a sprawling vaguely interconnected mess that fumbles its racial message and brought the liberal upswing of movies back by about ten years.

This year, it didn’t seem too far from impossible that a queer-centric film could snag the award two years in a row, with Call Me by Your Name remaining a viable contender after Moonlight took the prize last year.

In fact, the thematic sensibilities that Luca Guadagnino’s film represented were still realized by Guillermo del Toro’s win for The Shape of Water, which portrays its bestial romance as a metaphor for oppressed relationships and offers a sensitive performance from Richard Jenkins (The Visitor) as an older gay man rendered lonely and neurotic by the homophobic 50s.

Since Call Me by Your Name has achieved phenomenal worldwide success, James Ivory – the award-winning screenwriter who adapted the novel to screen – has recently been more candid about the double standards that prevent gay men from enjoying the same degree of sexual freedom as women. As a gay man himself, Ivory dismissed Guadagnino’s choice of removing male nudity from the film as “bullshit”, as he had always intended the romance to be objective and revealing.

In his 1987 film Maurice, “the two guys have had sex and they get up and you certainly see everything there is to be seen.” On the other hand, when discussing Guadagnino’s decision to “pan the camera out of the window toward some trees,” he simply offered a snort. 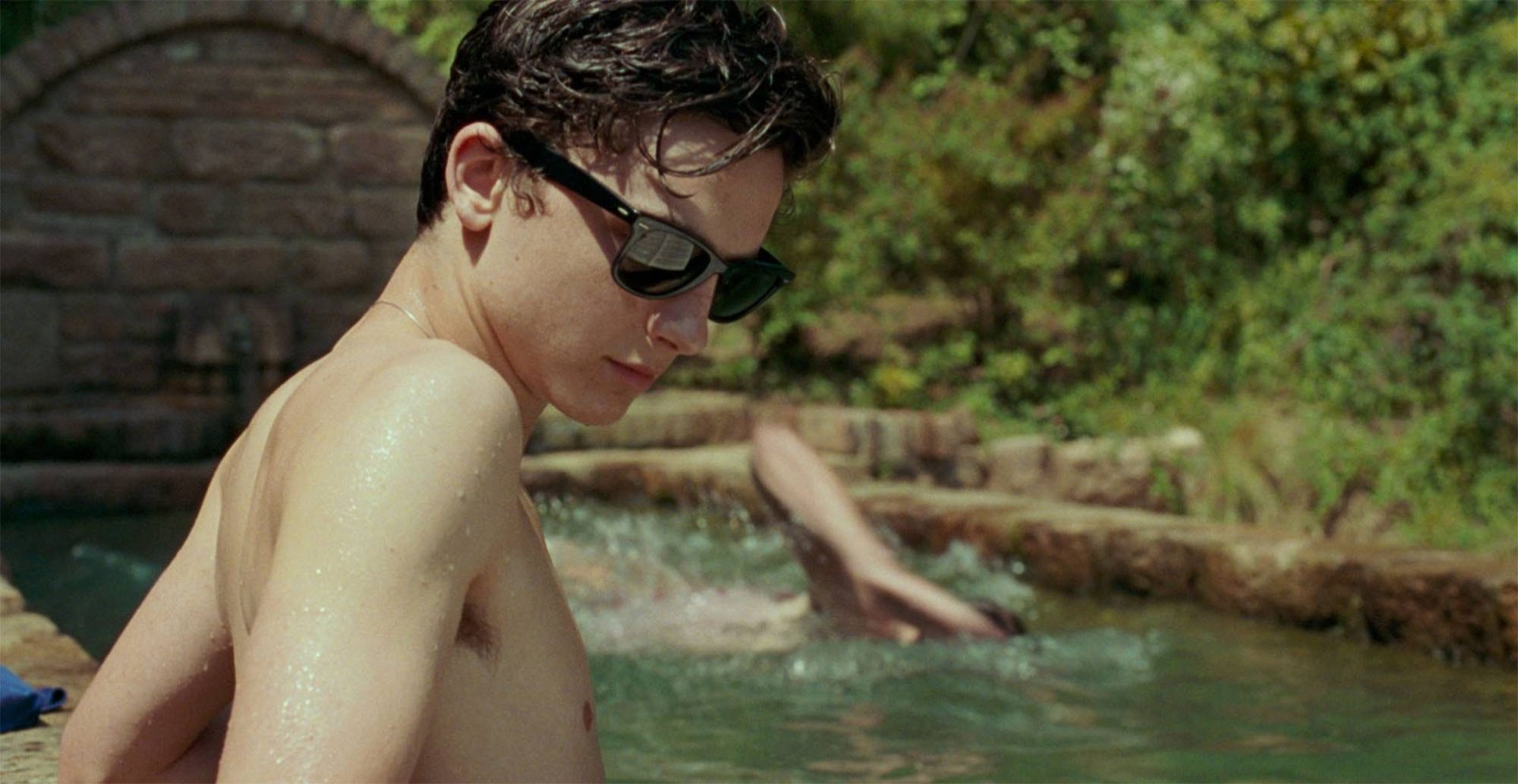 After the whirlwind success of Moonlight and Call Me by Your Name, it was only a matter of time before the studio version of a gay romance was released, and Greg Berlanti’s Love, Simon subverts a number of romcom clichés to win over most of its skeptics. Berlanti discussed the difficulties for gay actors to find roles that won’t leave them type-casted, although he is sure things are getting better.

In recent years, television has been more forward-thinking when it comes to presenting realistic queer characters and storylines on the gay experience. Here are some of our favorites.

James Stinson, How I Met Your Mother

When Barney Stinson and his gay older brother are paired together on a night out, they make for a formidable team as James is just as successful with the men as Barney is with the ladies. The inclusion of James (Wayne Brady) marked a move away from the era of The Simpsons & Friends, which often encouraged audiences to laugh at its gay characters. Here, James remains part of the show’s humor but is given equal respect and more intelligent writing, making him a firm favorite for the sitcom.

Though they occasionally fall into gay stereotypes, this 21st century couple embrace their sexuality and became one of Modern Family’s most loved elements. Although the show suffered one of the worst diminishes in quality for a sitcom in its later seasons, their engagement and marriage after same-sex marriage became legal in California in 2013 was handled sensitively and kept the show topical and relevant. In addition, even the most woeful of episodes were improved by the presence of Cam & Mitchell’s friend, Pepper Saltzman – one of the show’s best guest stars played magnificently by Nathan Lane (The Producers).

As a groundbreaking show (not least for its supporting cast being practically all female), Steven Universe manages to incorporate gay characters with depth and dimensions naturally without resorting to the cheap and offensive innuendos of older cartoons. The show is full of subtle tragedy and poor Pearl evolves from the uptight bossy leader of the Crystal Gems into a melancholic victim of unrequited love.

Thankfully, the show isn’t entirely focused on tragic backstory and heartbreak. Drawing inspiration from transformation concepts common in anime, the Gems in Steven Universe are utilized as a metaphor for love and relationships. The character Garnet is revealed as a permanent fuse of the two Gems Ruby & Sapphire, representing a love between two entities that prefer to remain joined as one. Though it’s a more supernatural gay relationship than we’re used to, when the characters separate it’s about as romantic a loving union can get.

Denise, Master of None

Played with superb nuance by Lena Waithe (Ready Player One), Master of None introduced Denise as an amusing side character for Aziz Ansari’s Dev but she quickly developed into one of the show’s most complex presences. Waithe is also one of the key creative forces behind the scenes, drawing inspiration from her own coming out to her mother for one of season two’s best episodes, “Thanksgiving”.

Flamboyant, arrogant, and impossible, on paper Titus Andromedon is everything a respectful depiction of a gay character shouldn’t be. But wipe away his selfish theatrical tendencies and his hidden complexities make him one of the best gay characters sitcom television has seen for some time. Known for his unpredictable fashion sense and high tenor voice, the character is a stand-in for real-life counterpart Tituss Burgess who is currently busy becoming a Broadway superstar.

Though the show has been criticized for the utter self-absorption of its white female characters, Girls has remained a timely satire. Aside from Lena Dunham’s arrogant self-insert, its supporting characters are some of the best and have made stars out of actors like Allison Williams (Get Out) & Adam Driver (Logan Lucky). Elijah Krantz is certainly up there with the characters that give the show life, as an aspiring actor who’s not above bitchiness but manages to do it with a touch of class and humility that Dunham can’t quite manage.

Archer’s premise is simplistically genius: a modern adult spy comedy set in an ambiguous period to highlight and exaggerate the problematic overtones of your favorite espionage flicks from the 60s & 70s.

While Sterling Archer is clearly a take on the misogynistic arrogance of James Bond, the show also considers how a gay field agent would have been treated in one of those movies. Ray is constantly belittled by certain members of the ISIS team but has the mouth and smarts to hold his own (and apparently knows enough secrets about their organization to write a real “smackeroonie” of an exposé.)

Crazy Ex-Girlfriend always deserves a shoutout for its diverse cast of talented performances, including Valencia who is revealed as bisexual in the latest season. However, practically the only functioning healthy relationship and one of the best character dynamics in the series is the relationship between White Josh and Rebecca Bunch’s boss, Darryl.

Beginning with a flirty romance as Darryl discovers his bisexuality – his song “Getting Bi” is essential LGBTQI comedy pop – the latest season has used their relationship to maturely tackle issues with IVF in a fresh new way.

Describing Brooklyn Nine-Nine as the best sitcom on television at the moment would be a bold yet accurate assessment, and it’s not least because it has one of the most diverse, complex, and hilarious ensembles in comedic history. Andre Braugher’s Captain Holt is an ironic take on the show’s “straight man”. His experiences as a gay black detective in the 80s are as funny as they are sobering and his patriarchal relationship with Jake Peralta (Andy Samberg) is full of squeal-inducing moments.

Captain Holt isn’t alone on the Nine Nine squad, as it was recently revealed resident badass Rosa Diaz – the team’s toughest and scariest detective – is bisexual and dating a woman. Her previous partner, Adrian Pimento (Jason Mantzoukas), was a barely functioning maniac so let’s hope her new love interest gives the show a little more balance.

When taking over the mantle of Doctor Who showrunner from Russell T. Davies (Torchwood), Steven Moffat (Sherlock) attempted to emulate the show’s casual insertion of gay themes & characters. However, for the most part he only managed to fetishize or lampoon them. The introduction of Bill (Pearl Mackie) finally put an end to this, offering a well-rounded gay character for NuWho who managed to avoid being a check on a list or the butt of a punchline.

What the glitziest trashiest show on television lacks in convincing drama it makes up for in reasonably compelling characters. Kevin (Casey Cott) is the gay son of Riverdale’s chief of police and one of the only members of the cast with a clear head, unmarred by the constant self-absorption and shallow relationship drama the show mainly consists of.

After spending nights having secret rendezvous in the woods with fellow gay Riverdale residents, one of his best moments came when he got to belittle two straight privileged female characters for mocking his lifestyle.

Give it up to executive producer of Riverdale, Greg Berlanti, who managed to get away with featuring Love, Simon in the actual show. After the entire theater weeps tears of empathy for Jennifer Garner’s speech, queen bitch Cheryl Blossom (who is enamoured by the film’s message) comes out as bisexual. Any character that takes the show away from its awfully contrived hetero love quadrangle is fine by us.

One of the best upgrades this television adaptation made to the book series was giving the steel mill owner known only as “Sir” a husband; more specifically, a husband played by the ever-irreverent Rhys Darby. A frequent collaborator with Thor: Ragnarok director Taika Waititi, his presence lent some levity to a depressing series of misfortune.

Detectives Noon & Darego, The End of the F***ing World

This edgy British show had every right to be an embarrassing fumble of cynical contrarian youth. However, it managed to surface above its flimsy premise with genuine performances and a cast of heightened personalities. A one night stand looms over the partnership of detectives Noon & Darego, with their complex relationship adding to all the reasons why this show is essential viewing.