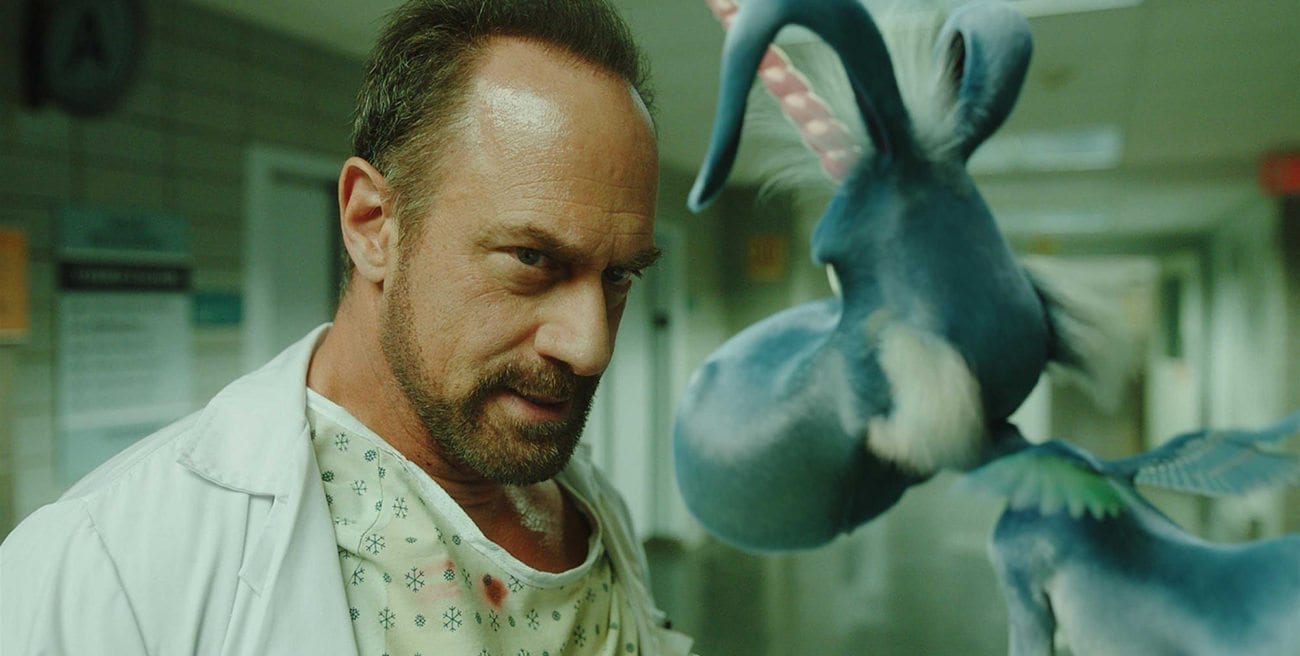 Fork Yeah! All the TV returning & premiering this January

Make no mistake, we all love the holidays. But what none of us enjoys is when our fave shows stop airing and we’re forced to wait for their gallant return. Though January can be a monstrous villain of a month, we can at least appreciate the return of every show we pined for through the end of December. As a tasty TV treat, there are also a load of new shows premiering this month, and a bountiful selection of series starting a whole new season. New year, new TV schedule, folks! Make a note in your shiny new calendars for these essential viewing dates:

If that shocking Winter finale had you gasping for breath, you’ll be happy to see The Blacklist returning to NBC with episode 9 of its fifth season.

Ya boys Nev & Max bring their handicam and cyber-sleuthing skills back to MTV for season 7 of Catfish. Seven seasons in, and people still don’t know how to reverse image search a suspicious honey online. Come on, America.

Fork yeah! Grab a frozen yogurt (blech!) and climb into your “bud hole”: the NBC afterlife comedy is finally coming back. And not a second too soon, because frankly, the absence of this show from TV has made us feel as though we’d been exiled from heaven.

The highly anticipated spinoff show from Black-ish executive producer Kenya Barris follows teenager Zoey Johnson (Yara Shahidi) as she traverses the complex path of college and adulthood. The show from Freeform promises to take a contemporary look at issues facing the students and administrators of higher education.

The truth is still out there, guys. Mulder & Scully will be entering season 11 to continue the search for that truth when the show returns to Fox. Here’s hoping their chemistry is as lit as ever.

The latest iteration of the beloved science fiction adventure series has been a hit with fans. Set your phasers to “slob mode” in preparation for episode 10 of the first season to air on CBS All Access.

Starring the hilarious duo of Adam Scott (Step Brothers) and Craig Robinson (Pineapple Express), season one of the paranormal comedy will be returning to Fox, where our hapless leads Max and Leroy will no doubt run afoul of plenty more ghosts, ghouls, and sexy succubi.

A timely coming-of-age drama, The Chi centers on a tragic coincidence linking a group of residents together on Chicago’s South Side. The Showtime drama looks monumental, one not to be missed.

Season 16 of the epic, irreverent animated comedy series will be returning to Fox with its usual fair share of controversy, bad taste, and disregard for political correctness – and thank goodness, because it’s gettin’ a bit stuffy up in heah.

Following a young surgeon with autism and savant syndrome, The Good Doctor is a medical drama full of heart & intrigue. The first half of season one showed a lot of promise, so be sure to tune in when it makes its return to ABC.

See whether the floundering Rose family have finally found themselves a paddle for that mess of theirs in the season four premiere on CBC.

Young rapper Courtney Rose (Brandon Micheal Hall) unintentionally becomes the mayor of his hometown after running for office. ABC’s newest sitcom will return with episode 10 of its first season.

Prepare to loosen up those tear ducts – This Is Us picks back up on NBC for season two. Whether it’s drama with The Big Three or Jack & Rebecca’s fraught relationship, you know you’re going to be sobbing for the rest of the season.

Smart, ambitious news producer Katie Wendelson (Briga Heelan) deals with the everyday struggles of her career – with the added struggle of working with her mom. We’ll see more of her predicament when episode 10 of the sitcom’s second season brings the show back.

Based on the best-selling books by Lev Grossman, this show about a university that specializes in magic will be conjuring up its third season premiere on Syfy.

Messy ex-cop-turned-hitman Nick Sax (an on-point Christopher Meloni) has his life changed by an imaginary blue winged horse named Happy after a hit goes wrong. It’s as nuts as it sounds, and just as fun. You can watch the rest of season one when it returns on Syfy.

Freeform’s premiering comedy will be relatable for anyone who has clung tight to a friendship in order to survive a big city. Following a platonic male-female friendship against the hustle of Los Angeles, best friends Esther and Benji have nobody but each other – and a fair share of contention between them.

The second season of Netflix’s workplace comedy will see Kathy Bates (Misery) returning to her role as the owner of cannabis dispensary surrounded by three high “budtenders”.

The first season of HBO’s caustic comedy series left audiences with plenty to chew on and the second season looks to be just as biting. Starring Sarah Jessica Parker (Sex and the City) and Thomas Haden Church (Tombstone) in standouts performances, the show is a realistic yet painful look at relationships.

Pete Holmes’ comedy series about a stand-up comedian who re-evaluates his life after discovering his wife’s infidelity returns to HBO for season two.

The Belcher family will continue their eighth season of burger buns, butt obsessions, and impromptu musical outbursts on Fox.

The CW’s TV adaptation of the DC superhero follows Jefferson Pierce (Cress Williams), a man who returns to vigilantism after a decade away from heroics.

Sure, The Black Hood’s identity was supposedly revealed during Riverdale’s Winter finale, but there’s every likelihood that this is one mystery that’s far from resolved. We can settle those theories once and for all when season two returns to The CW.

The much anticipated second instalment of Ryan Murphy’s award-winning limited series will be premiering on FX. If it’s anything as great as The People v. OJ Simpson, then you’ll want to be watching it as soon as it arrives.

Comedy Central’s new dark workplace comedy follows a couple of junior-executives-in-training as they navigate disaster at the soulless multinational corporation they work for.

The first season of the delightfully trashy reboot of the 1980’s primetime soap, which sees the Carringtons and the Colbys still feuding over fortunes, will be returning to The CW.

Fred Armisen and Carrie Brownstein will be bringing back some of the city’s most beloved characters, and some new members, when season eight premieres on IFC.

Sky Atlantic’s new anarchic, period drama, follows the Roman army as they return to crush the Celtic heart of Britannia. A mysterious world led by warriors and druids who claim to channel the forces of the underworld.

Based on Katja Blichfeld and Ben Sinclair’s web series about a bike-riding, weed delivery guy with an eclectic Brooklyn base, season two of the show will be premiering on HBO.

The dynamic best friends and business partners might be over their gay husbands leaving them for one another, but life looks to be just as bothersome as ever. But also, just as fun. Especially as Lisa Kudrow (Friends) will be featuring as a guest star when season four returns to Netflix.

Based on Caleb Carr’s novel, TNT’s thriller about a serial killer in 1896 responsible for murdering boy prostitutes, is one you’ll also want to catch the premiere episode of.

Steven Soderbergh’s Mosaic follows a classic murder mystery. However, the interactive elements of the HBO show, in which viewers can choose their path through the story using a downloadable app, is truly groundbreaking.

Season three of HBO’s dark comedy-drama will see Zach Galifianakis (The Hangover) resuming his tragi-comic role as the clownish black sheep of his family.

The TBS comedy is returning for season three, where we can only presume more chaos will ensue during a family’s unpredictable thousand mile road trip.

Starring Michael Shannon (Take Shelter) and Taylor Kitsch (Lone Survivor), this dramatization of story of the violent raid on a small religious community near Waco, and the 52-day standoff that followed, will premiere on the Paramount Network.

One Day At A Time

A reimagining of the Norman Lear classic, the second season of Netflix’s Cuban-American comedy drama will be welcomed by every fan who binge-watched the first.

Season four of the critically acclaimed comedy continues with episode 8 on The CW.