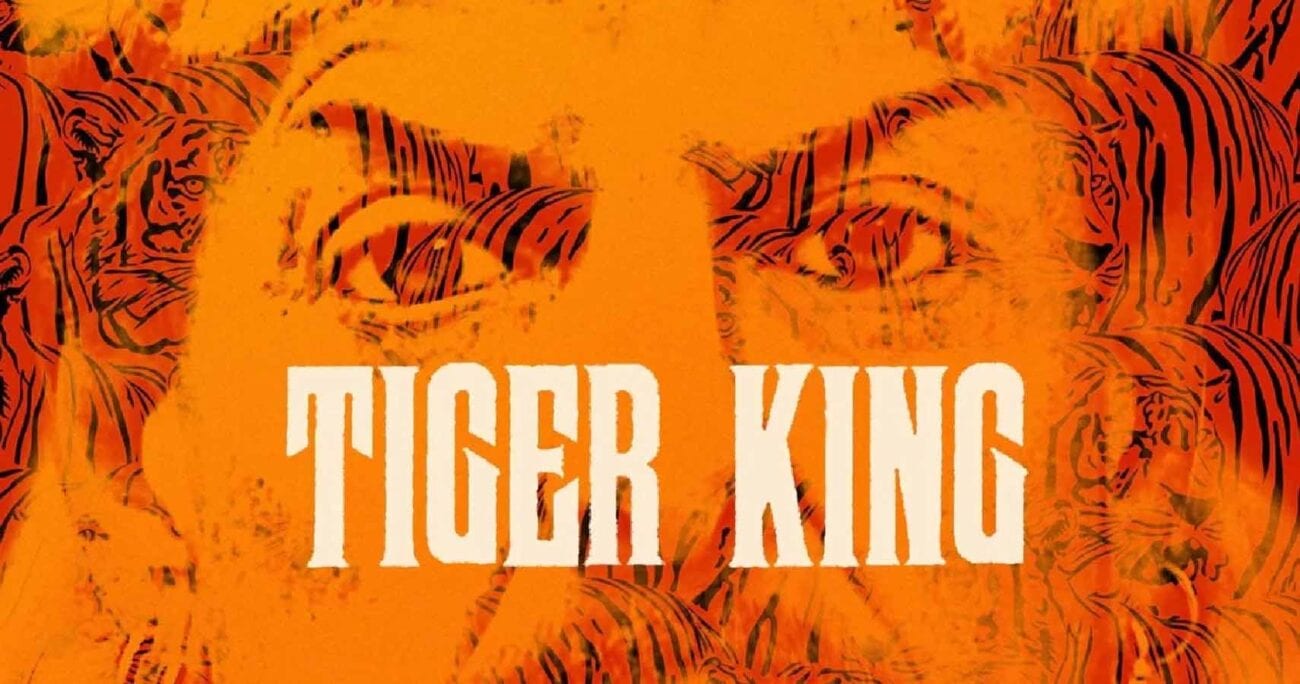 ‘Tiger King’ cast: What are they up to and who will be in season 2?

An unprecedented hit on Netflix, Tiger King – the docuseries that followed private zoo owners, cub petting, and the cutthroat nature of the business – took the world on lockdown by storm. Chock-full of wild antics, memorable people, and schemes that are stranger than fiction, Tiger King left fans thirsty for more.

To satisfy viewers of ratings monster Tiger King, Netflix is in talks about releasing and filming season 2. So far, we got a followup episode with Joel McHale (Jeff Winger from Community) who Zoom-interviewed members of the cast to catch up with where their lives were now. But that’s not enough for most of us; we want more. 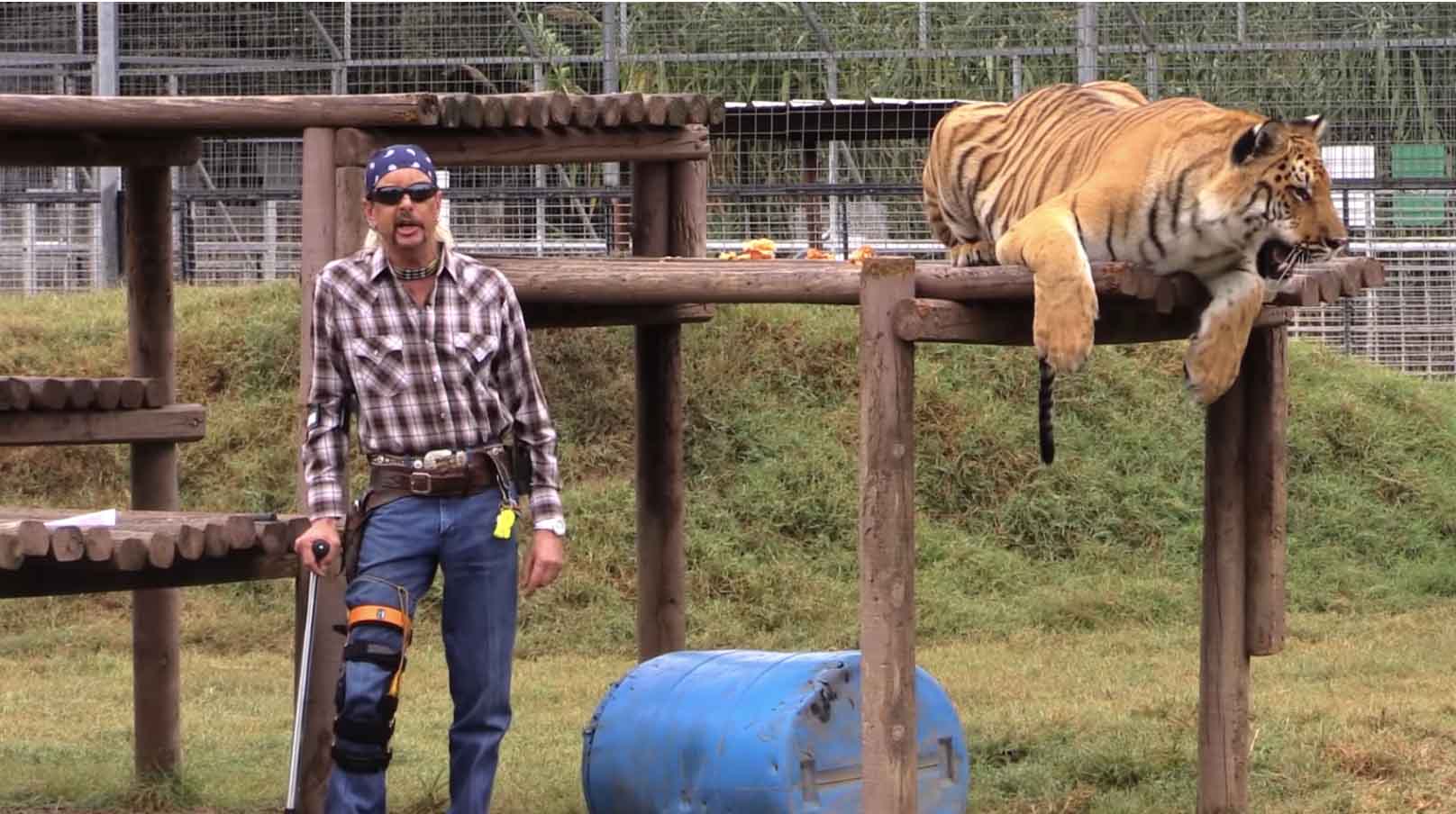 There are a ton of colorful characters who could come back – and some that probably won’t – for a sequel season to this wild Netflix docuseries.

Here’s our speculation on who will be back in the limelight for Tiger King season 2, plus where they are now. While this Netflix docuseries is jam-packed with interesting people to follow, most likely a Tiger King sequel would follow the big players. 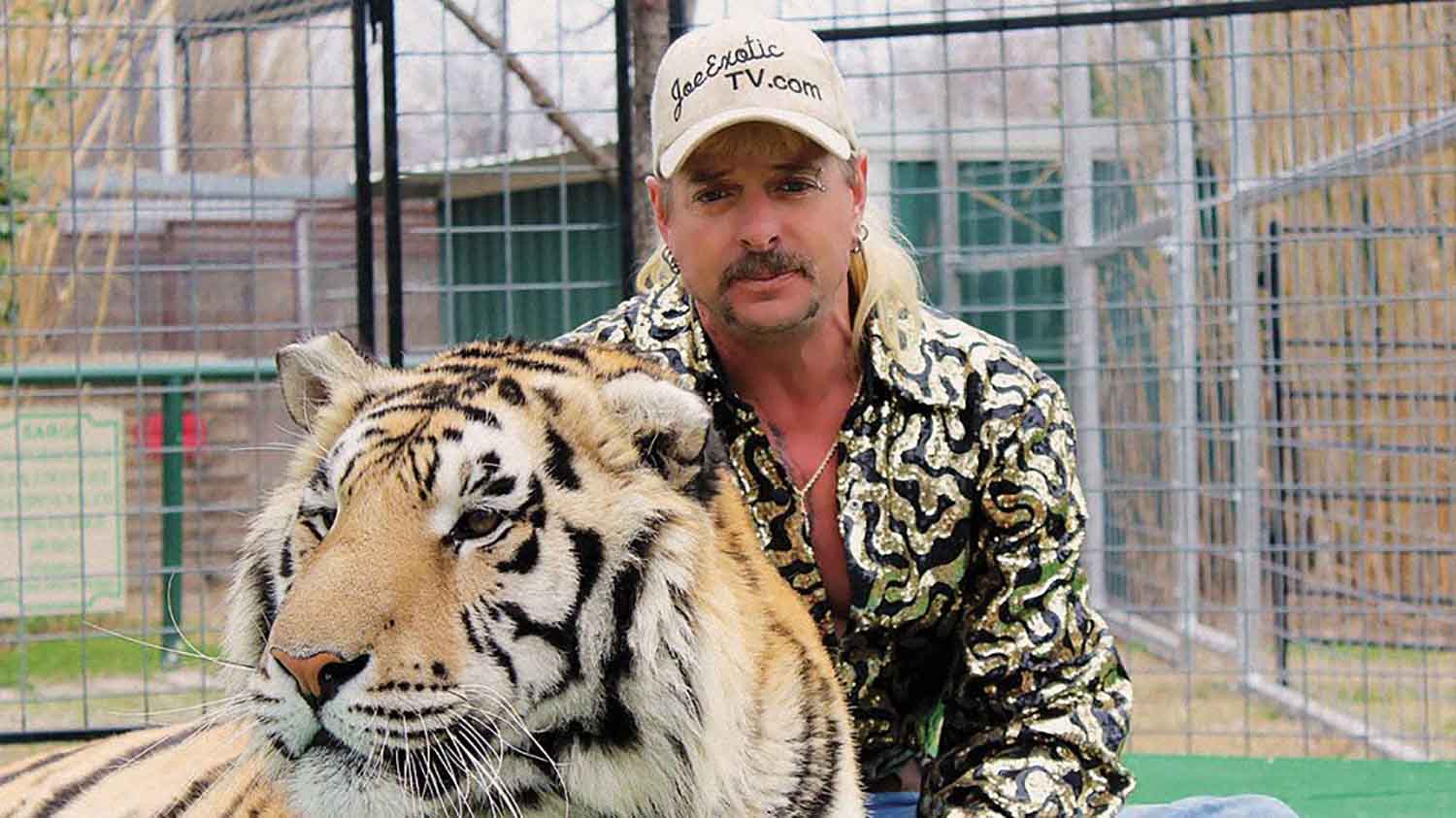 Currently sitting behind bars, Joe Exotic holds out for hope for a presidential pardon or an exoneration. Through his current husband, he’s posting declarations on his Facebook page about how the people from the series who should be in jail aren’t. Joe’s prison life may be an interesting story spin for a Netflix Tiger King sequel.

If his pardon goes through or his case is reopened, Tiger King season 2 may follow that legal process. The Netflix docuseries would probably focus on people still in contact with Joe, like his current husband or people who were closest to Joe as they follow the case. 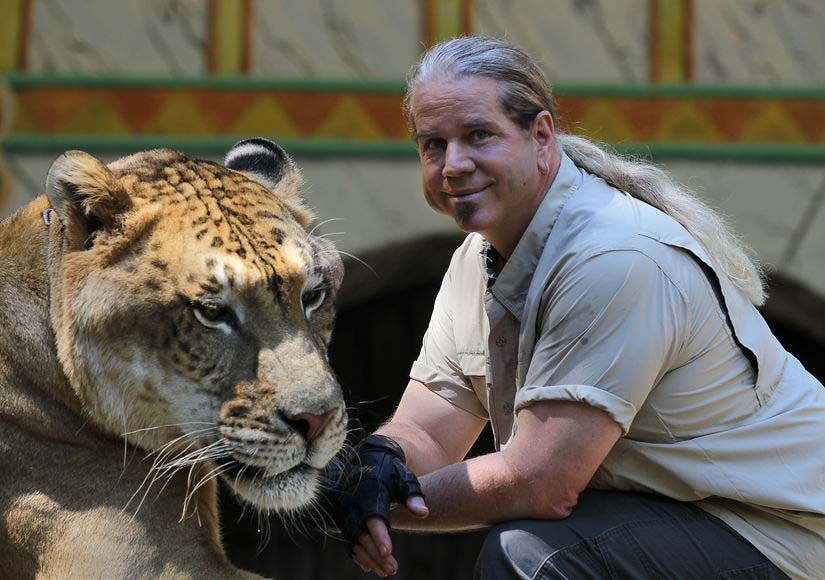 The FBI raided Bhagavan “Doc” Antle’s property in December of 2019 and many fans of Tiger King still speculate the raid will be covered in a new season. The series could also dive into his harem of women and look more deeply into their lives.

Then again, we got the impression Doc was a private kinda guy, less willing to open up to the public out of concerns for his image, or for possible legal trouble. If more information about the raid comes forward, Antle might not want Netflix to document it in a Tiger King sequel. 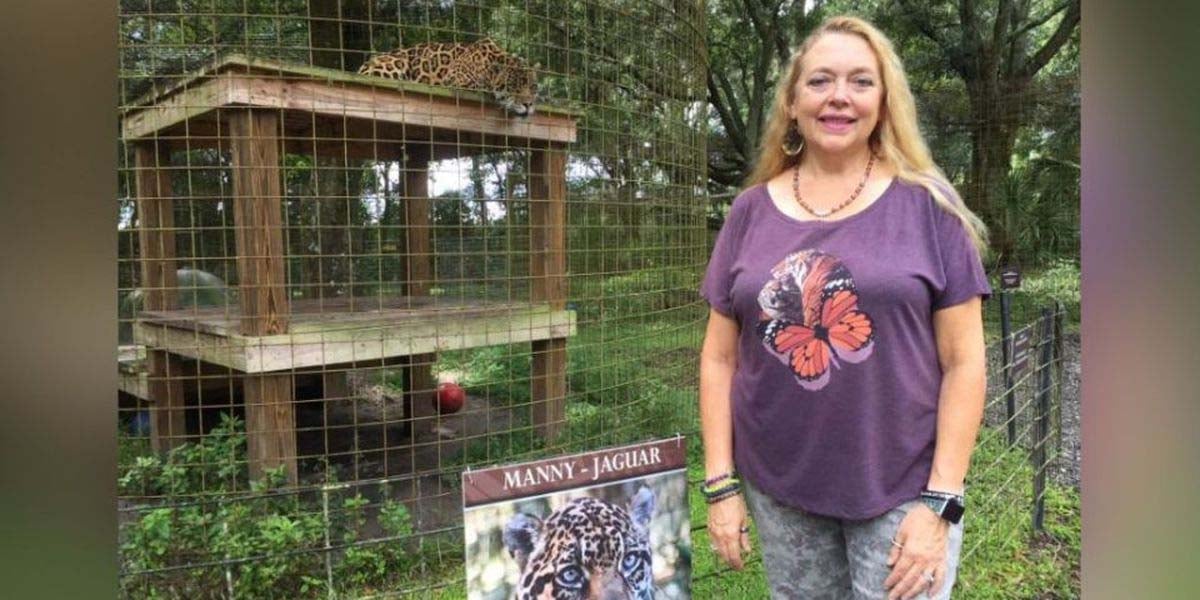 The animal rights activist who possibly fed her late husband to the tigers has come out strongly against the Tiger King, claiming she was misled about its perspective. Baskin wrote a long statement on her blog about how she believed the Netflix docuseries would focus more on animal welfare.

Baskin also detailed events that the documentary doesn’t show about her husband’s disappearance. It’s safe to say that if there were a sequel in the works, given her opinions about Tiger King, Baskin would not be involved. It’s possible she could release her own documentary about the Safety Act she is trying to pass to ban owning tigers, though. 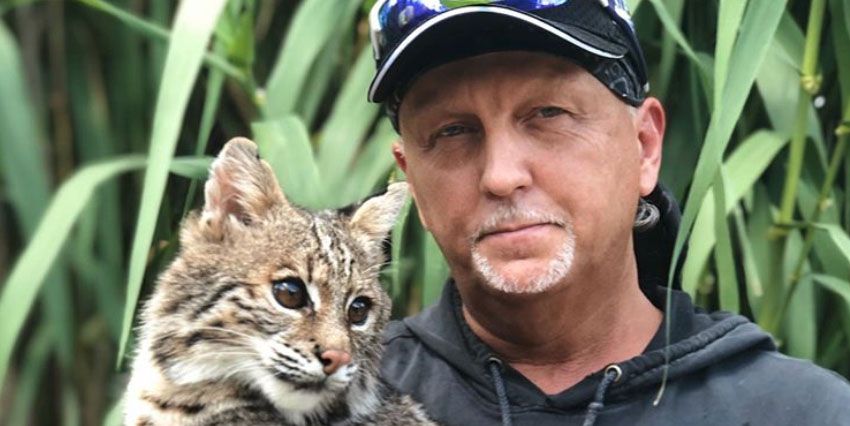 The scheming entrepreneur who bought out GW Zoo is moving its location closer to Texas. A possible idea for a Netflix sequel docuseries would be to follow Lowe and the employees he took with him to the new zoo and cover how it’s being run today, versus when Joe ran things in Tiger King.

Then again, Lowe may be facing legal troubles of his own. He was put on probation for operating a cub-petting bus in Vegas, and Joe Exotic has been more than happy to provide law enforcement and PETA (surprise, surprise) with information in an attempt to take Lowe down. A Netflix sequel series could cover a new investigation into Lowe. 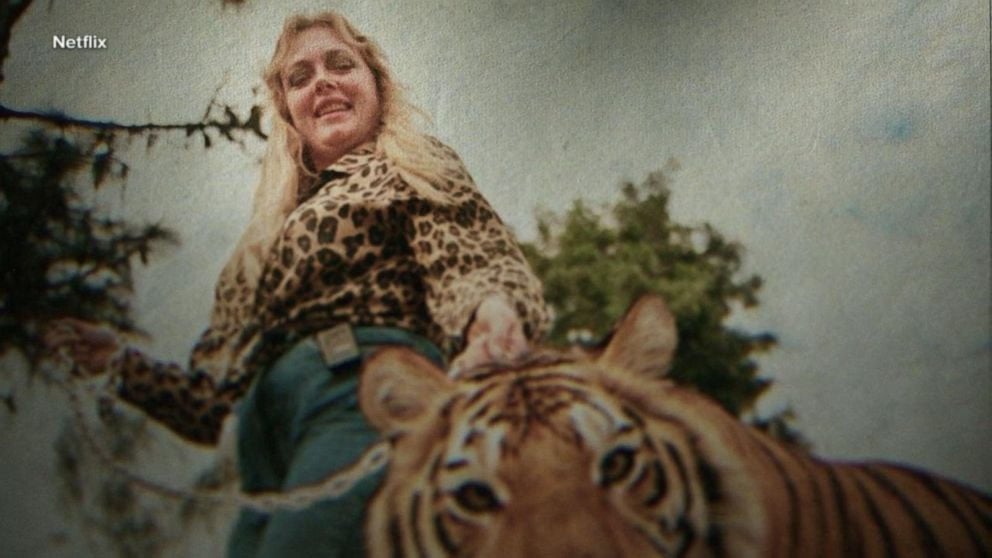 While there are a ton of characters Netflix could follow like Joe’s first husband John Finlay, GW Zoo investor-turned-informant James Garretson, or Rick Kirkham (the filmmaker who lost his footage in a suspicious fire), the sequel to Tiger King will most likely try to pick up where it left off and follow the major players.

That said, the rich tapestry of Tiger King’s real-life drama could conceivably launch a thousand spinoffs. Then again, after the illegal & immoral acts this Netflix’s docuseries exposed, only tiger owners with egos as big as Joe Exotic may voluntarily want to be filmed.