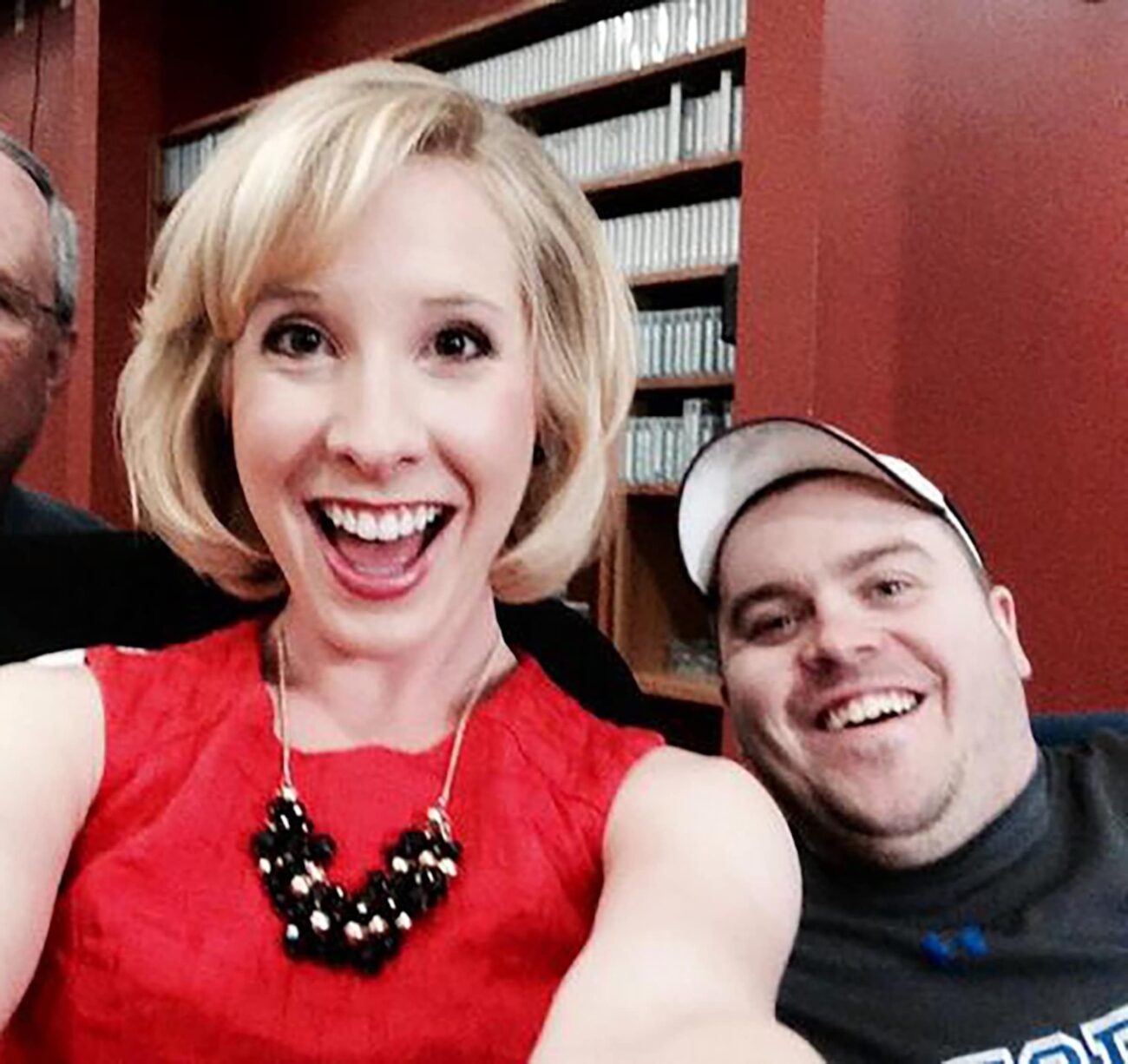 Virginia news reporter Alison Parker and cameraman Adam Ward were both shot & killed by a former co-worker while reporting for CBS Roanoke in August 2015. The senseless murders were grimly recorded on live television for the viewers to witness.

Now, the family of Alison Parker is asking the Federal Trade Commission to take action against Facebook for not removing videos of her shooting & death. Her father, Andy Parker, says Facebook is violating its own terms of service in hosting videos that glorify violence. 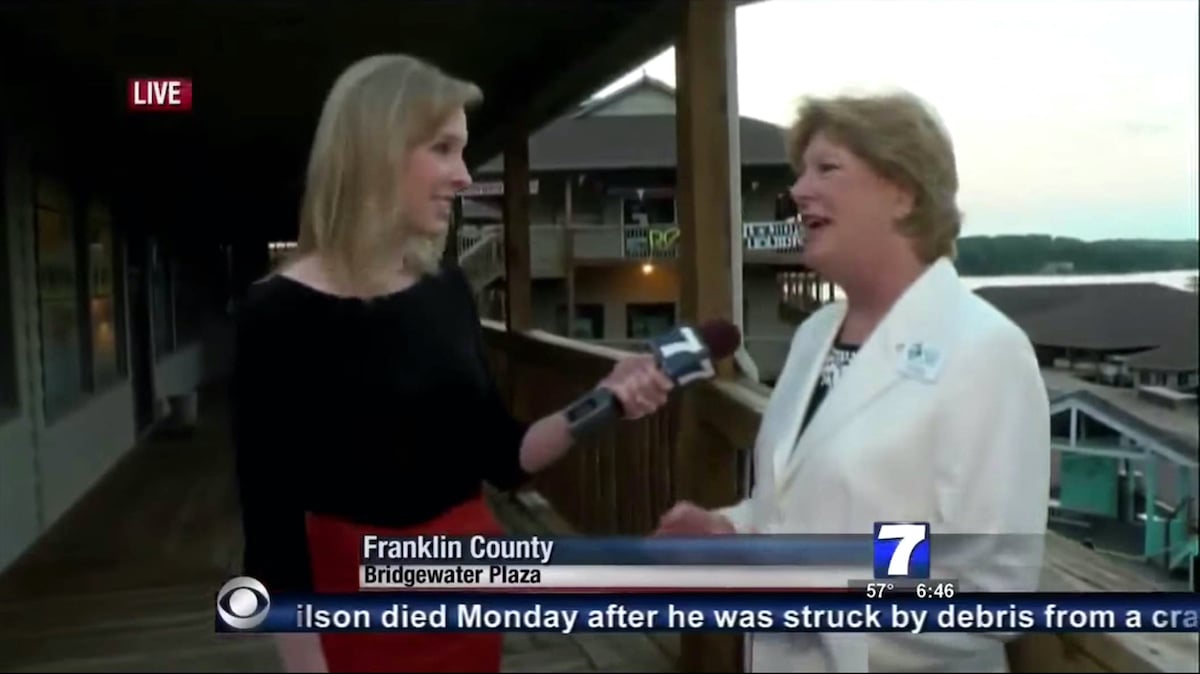 The televised murder of Alison Parker

Alison Parker & Adam Ward were both employees of the CBS affiliate WDBJ in Roanoke, Virginia. On August 26th, 2015, the reporter & cameraman were scheduled to interview the executive director of the local chamber of commerce, Vicki Gardner.

In Vester Lee Flanagan’s first-person shooter video he calls Alison a “b**ch” before shooting her first. Ward & Gardner were both shot immediately after. The gut-wrenching footage of Adam Ward’s camera falling to the ground was caught by the WDBJ station before the news stream was cut to the studio.

At least eight gunshots were heard in the footage, followed by screams. They would later discover that he shot a total of fifteen times. Flanagan fled the scene, but not before brief footage of him holding his gun was taken by the news. 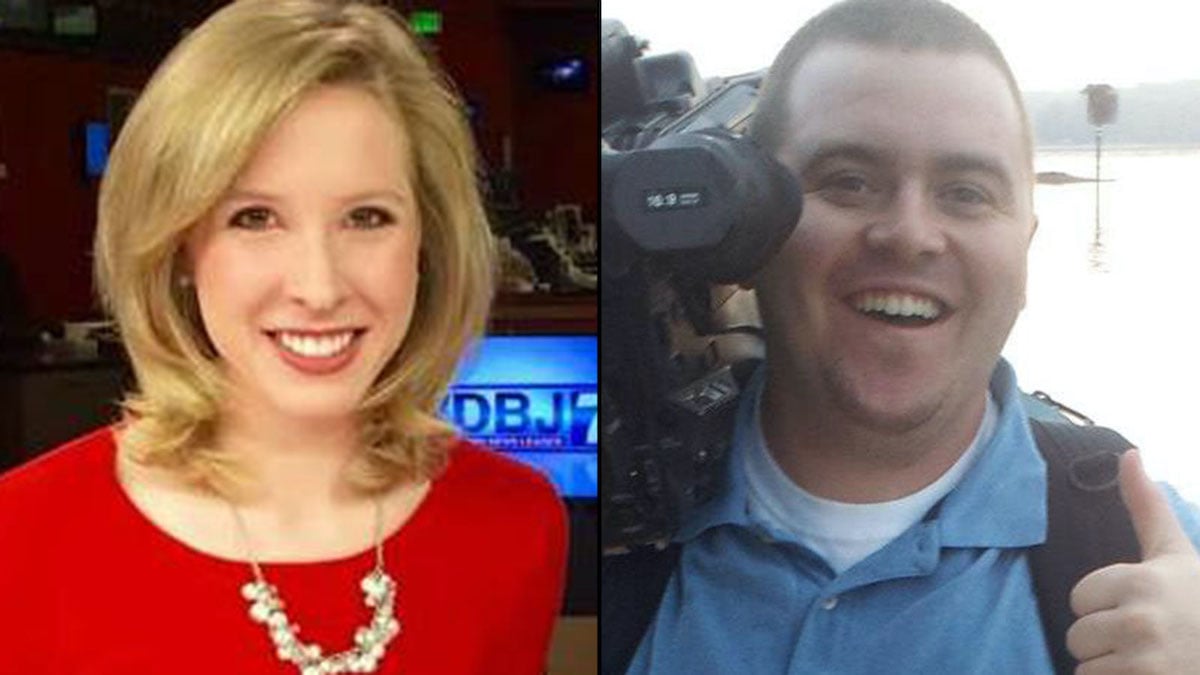 Both Adam Ward & Alison Parker died on the scene. Yet, Gardner managed to survive the attack after receiving medical assistance. After a police chase for Flanagan continued through the day, he ultimately took his own life before he was captured.

Vester Lee Flanagan had seemingly been angered after having been fired from the WDBJ news station. Many believe this was his motive for his homicidal revenge. He had been dismissed on February 1st, 2013, for volatile behavior. 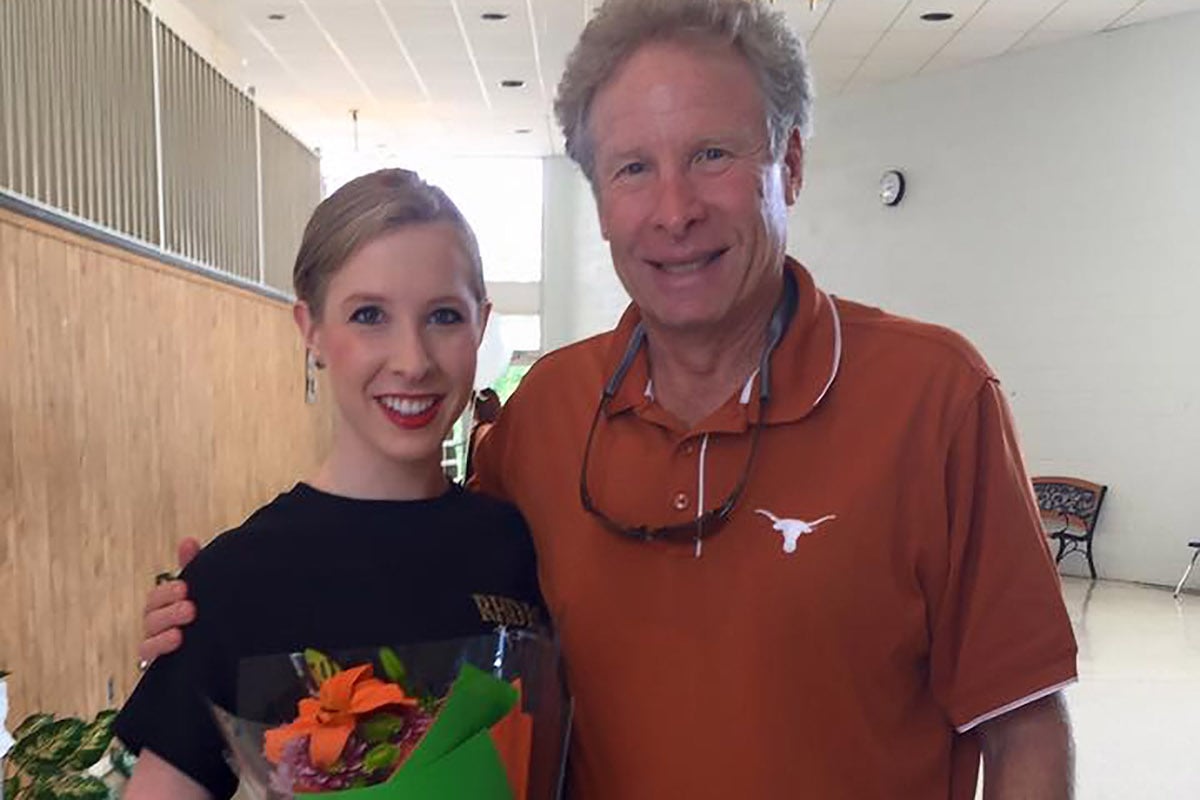 Video footage of the shooting — some of which was taken by the gunman — continues to appear on Facebook & Instagram despite promises from top executives that it will be removed, says a complaint being filed by Parker and attorneys with the Georgetown Law Civil Rights Clinic.

​​”The reality is that Facebook and Instagram put the onus on victims and their families to do the policing of graphic content — requiring them to relive their worst moments over and over to curb the proliferation of these videos,” says the complaint.

The complaint maintains that Facebook is involved in deceptive trade practices by violating its own terms of service and misrepresenting the safety of the platform and how difficult it is for users to get dangerous content removed. 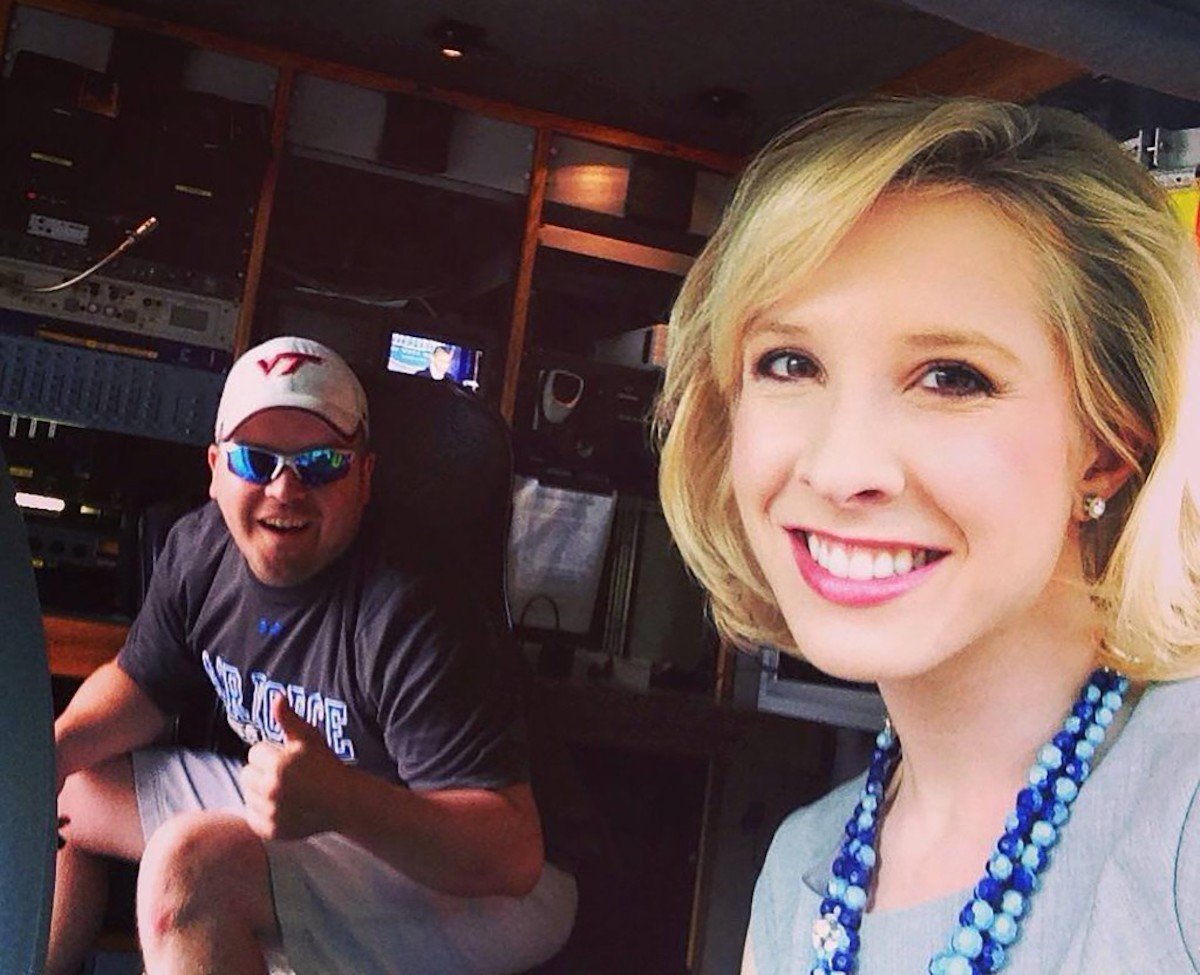 Andy Parker previously worked with the Georgetown law clinic to file a similar FTC complaint against Google and its YouTube service. The FTC usually doesn’t reveal whether or not it has decided to investigate a complaint. 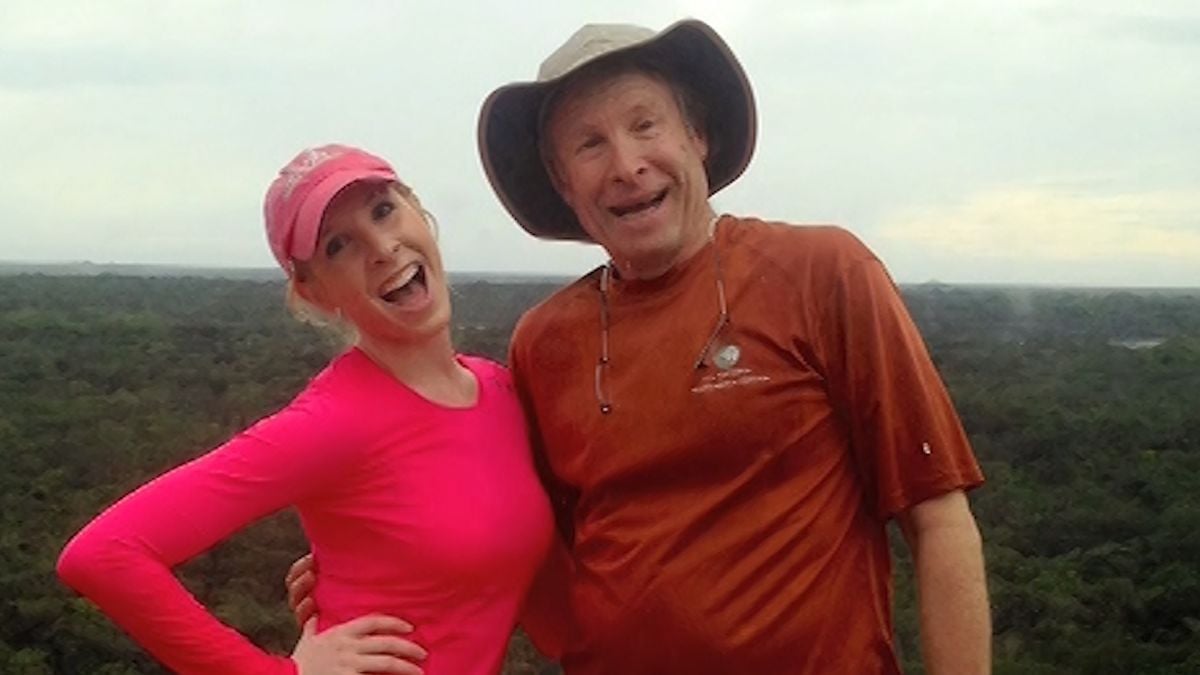 The victim’s father remembers her life

In 2019, Andy Parker wrote a book called For Alison to honor his daughter.

“I wanted people to know some history of Alison and her accomplishments and the little things that she did that people didn’t know. I mean, the viewers around here saw her every day. They saw her smiling face, but there’s a lot more there,” Parker told WDBJ before the book’s release.

“I wanted people to know about the Emmy she won, the Edward R Murrow she won, and the way she touched people. The stories that I heard after that fact that I never knew about. Little acts of kindness that she did and the mentoring that she did. There were quite a few of those stories that I wanted to share with the reader.”

Did you know about the murder of Alison Parker & Adam Ward? Is Facebook responsible for the content uploaded on its site? Let us know in the comments below.