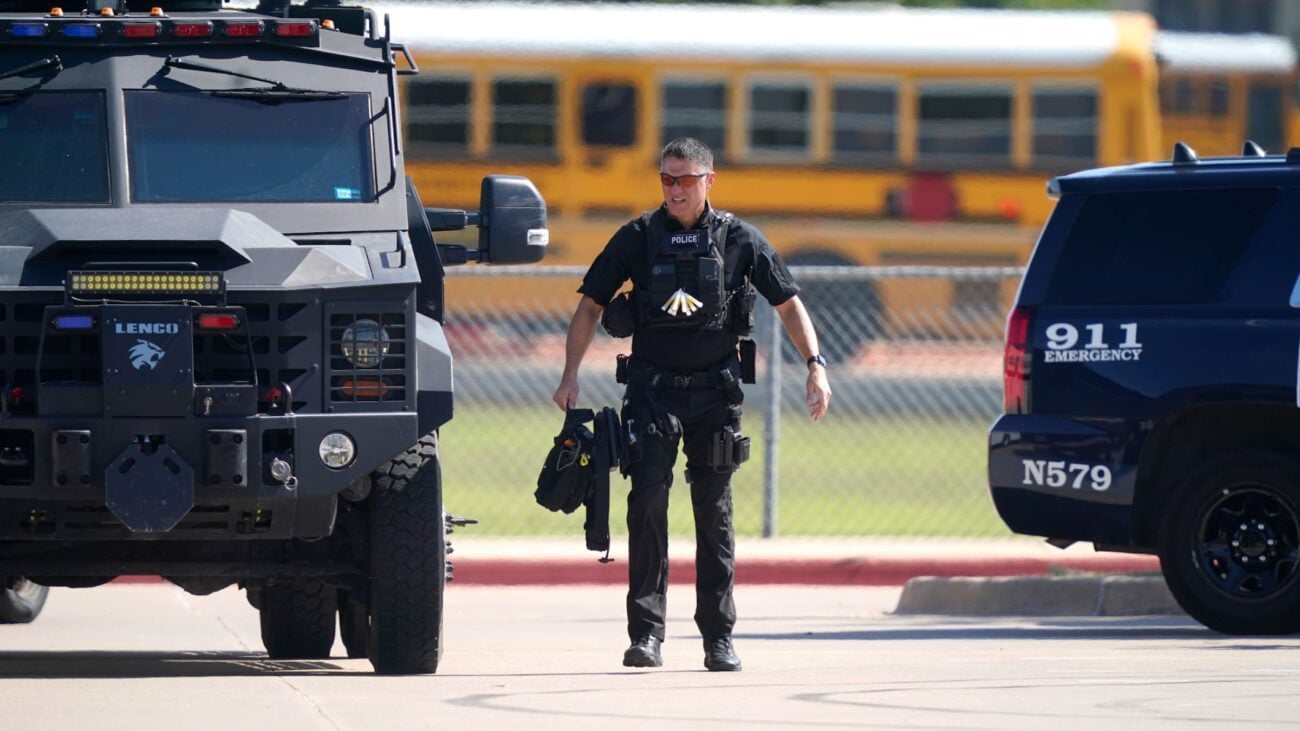 It’s a nightmare that every parent hopes they never have to endure. While it used to remain a nightmare for most, it is beginning to happen more and more. No matter your stance on guns, almost everyone can agree that schools are no place for firearms, and this type of tragedy is not getting any easier to bear.

A student inside a high school in Texas fled the scene after opening fire on his fellow students after what witnesses called a fight broke out. Four students were injured, three of them were taken to the hospital. The police responded as the school was locked down for students’ safety. 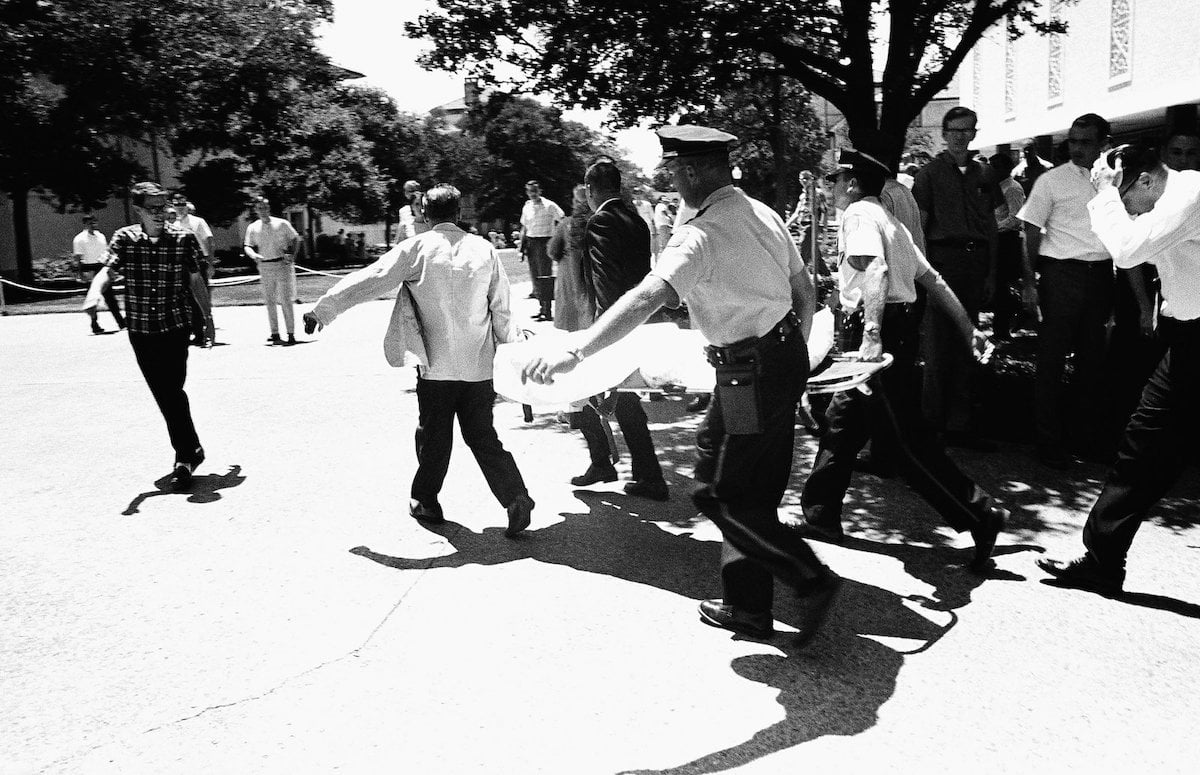 School shootings are nothing new, as early as 1840 at the University of Virginia, a law professor was shot & killed by one of his students. However, the mass shooting has become a harsh reality that students in high schools & colleges all over the country face daily. The possibility that at any moment, one of their fellow students, or in some cases someone not in school, can open fire.

In 1966, a shooter made his way to a roof, opening fire on the campus of the University of Texas. He shot & killed fifteen people and injured thirty-one with a high-powered rifle. In the 60s, there was an uptick in school shootings; even if they weren’t mass shootings, the beginnings of a problem were taking shape. 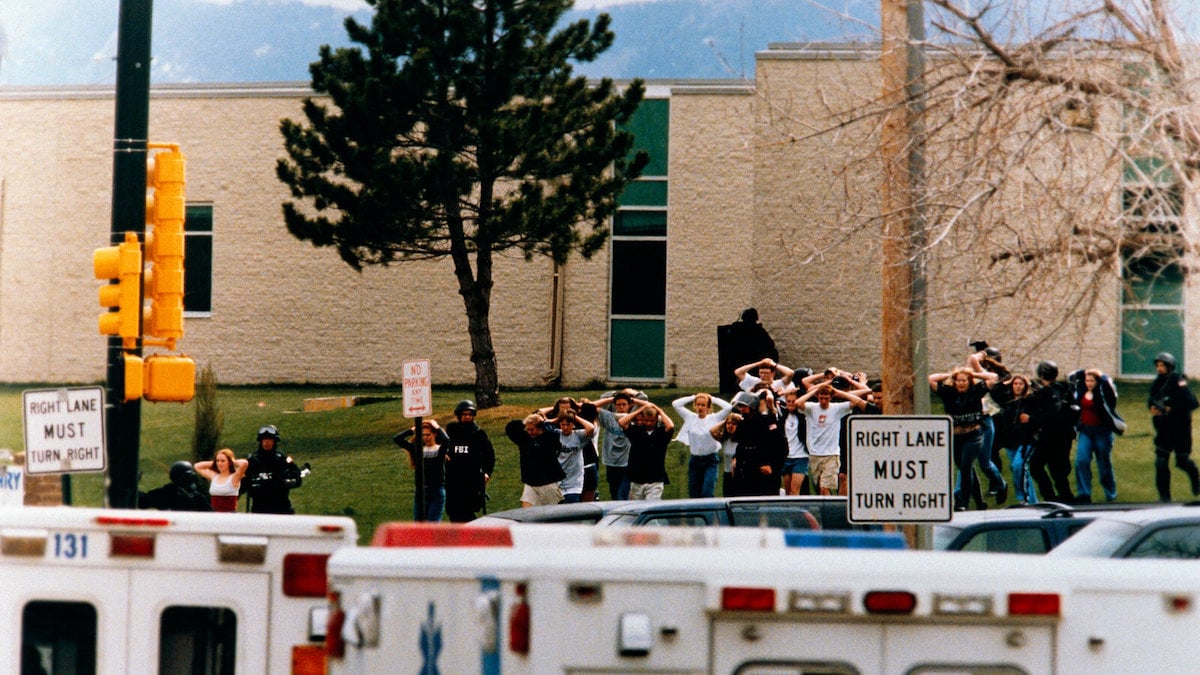 These all garnered months of media attention & controversy. Political debates have raged ever since about gun policies and the rights of Americans to protect themselves. But how far have we come? For one high school in Texas, not far enough. 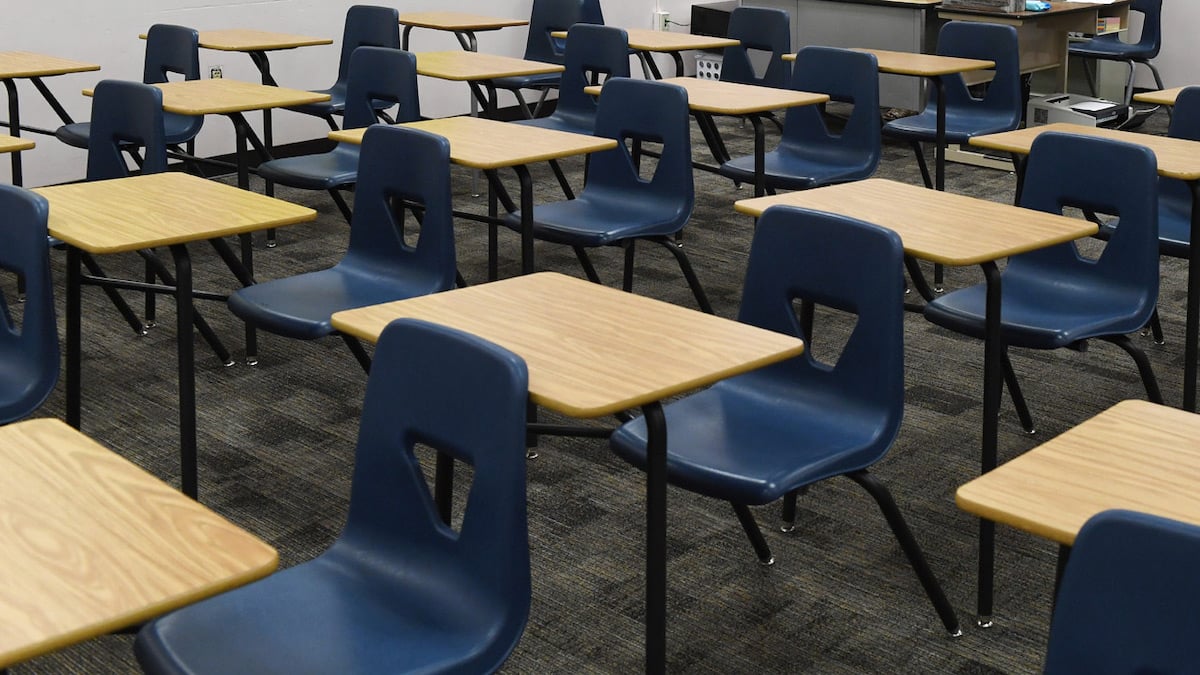 2020 was a challenging year for everyone. It wasn’t just a difficult time for the United States, but everyone globally. One of the effects of COVID-19 was on the school system. With the possibility of spreading the virus skyrocketing, schools closed their doors, and students were relegated to learning from home.

Teachers voiced the downsides. Their students suffered from a lack of social interaction, learning on their own became difficult with communal support, and keeping their attention seemed almost impossible at times. However, a less obvious, albeit welcome side-effect, was the evident lack of stories of school shootings.

While 2019 began with one of the worse periods for school shootings (twenty-five in the first few months), it ended with a whopping fifty-five shootings across the country. With all of the struggles 2020 gave us, it gave us a break from the school shootings, only recording eight. While eight school shootings are still tragic, it was the lowest in decades. 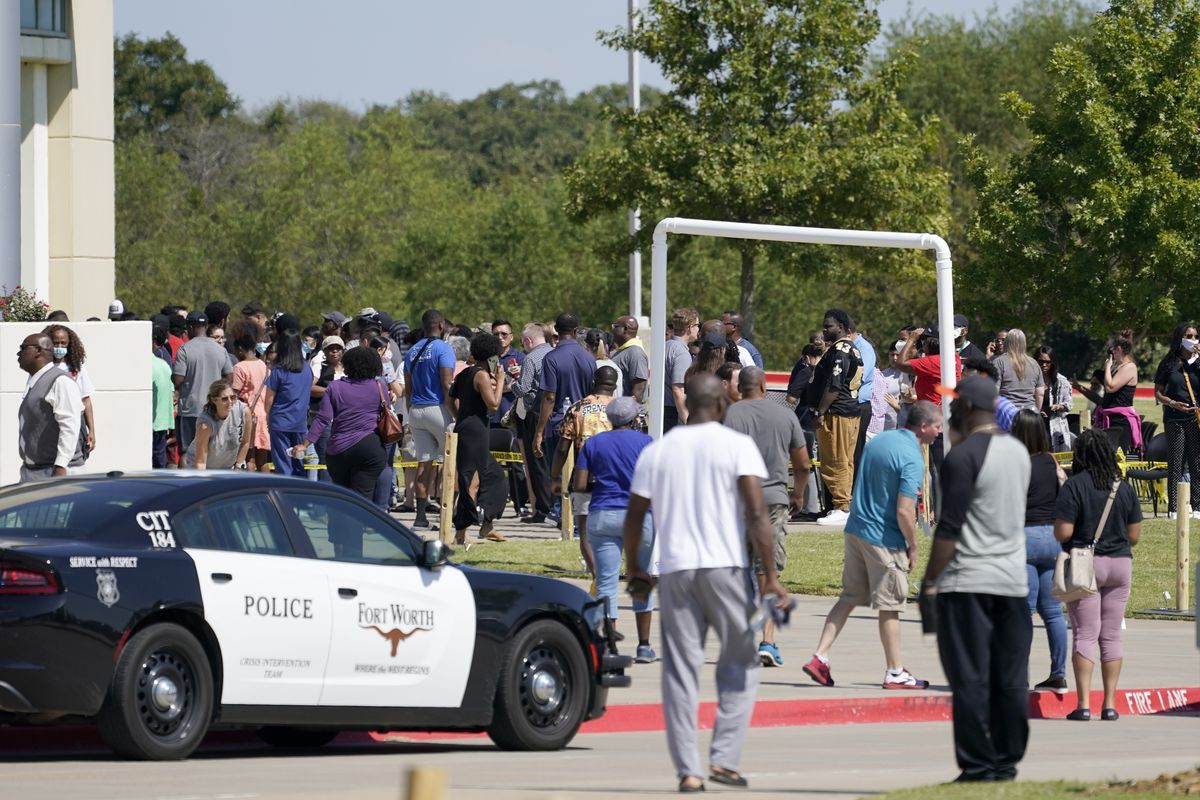 The negative side of returning to normalcy

With the vaccine becoming more readily available and the world beginning to open back up, teachers, parents, and students alike rejoiced at the opportunity to get out of the house. They came together to celebrate the return to normalcy that we’ve all been clamoring for, but a more negative reality of returning to school was present for a high school in Texas.

This morning, at Mansfield Timberview High School in Arlington, Texas, an eighteen-year-old student named Timothy George Simpkins opened fire on his fellow students after a fight in class. He shot two students, and two others were injured. One of them refused treatment, while the other three were taken to the hospital. 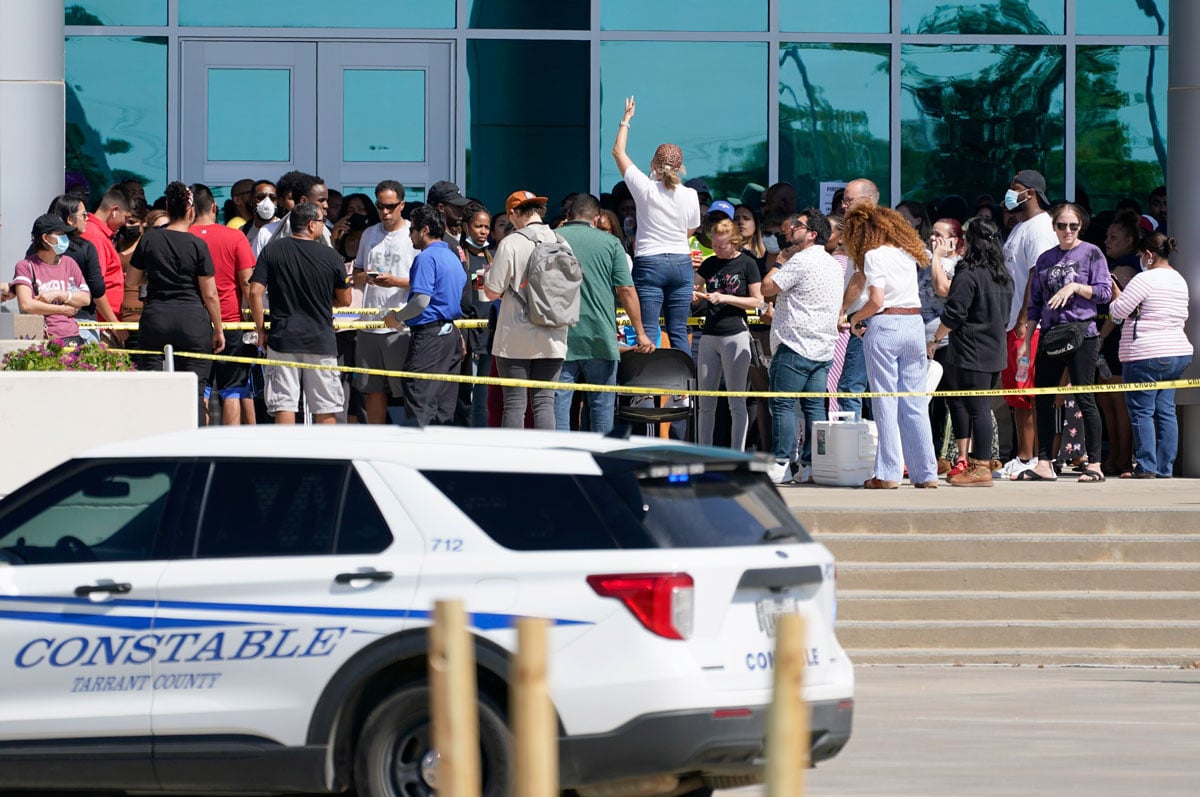 Police conducted a methodical search of the school, determining that Simpkins had fled the scene. While the students were locked down, one mother spoke about the situation after her son FaceTimed her. “Thank God for FaceTime because I got to see him, and he was calm. My son heard those gunshots, and I’m wondering now, we’ve gotta process this, we’ve gotta make sure that we’re gonna be ok.”

Once the “all clear” was given, students were taken to a reunification center at Mansfield ISD Center for the Performing Arts, where they were reunited with their parents. The next step was to begin the search for Simpkins. Authorities believed he fled in a 2018 Silver Dodge Charger with license plate PFY-6260.

According to Arlington Assistant Police Chief Kevin Kolby, after a search went well into the afternoon, Simpkins turned himself in through an attorney. He will be charged with three counts of aggravated assault with a deadly weapon. A weapon was recovered on the street and turned over to the Bureau of Alcohol, Tobacco, Firearms, and Explosives. It is unclear if it is the weapon used in the shooting. 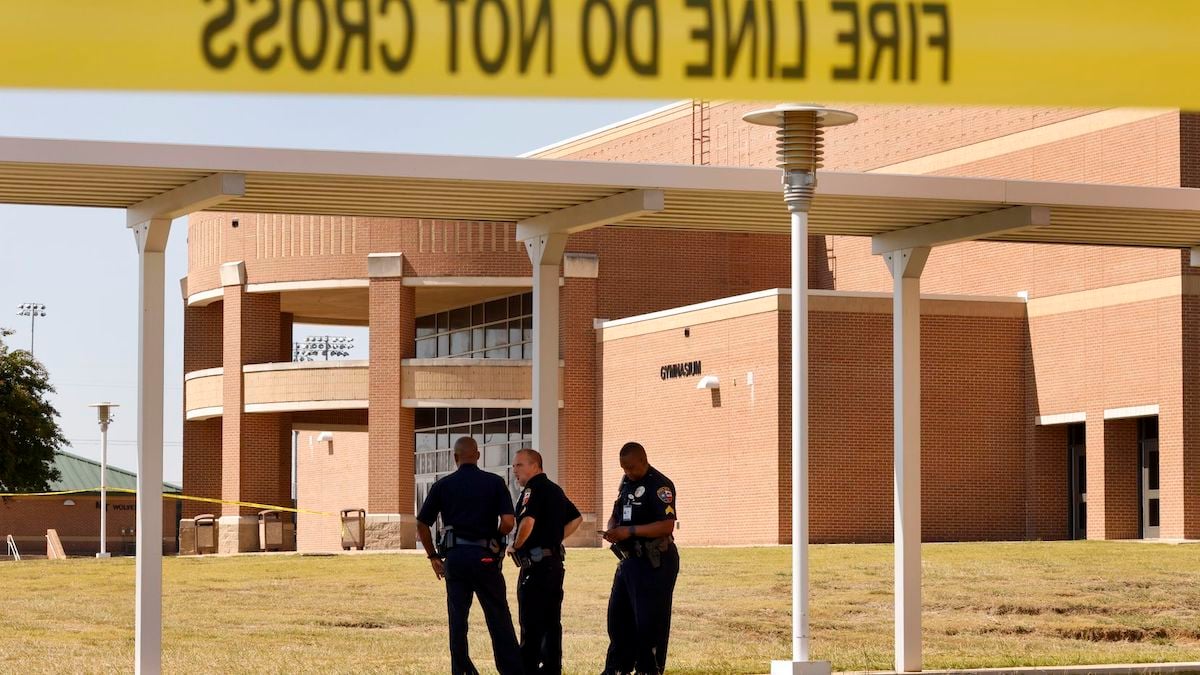 All victims of the shooting are expected to survive. Kolby stated that one victim is in surgery, a second is in good condition, and the third is released today. The high school in Texas is making counseling available for students & parents.