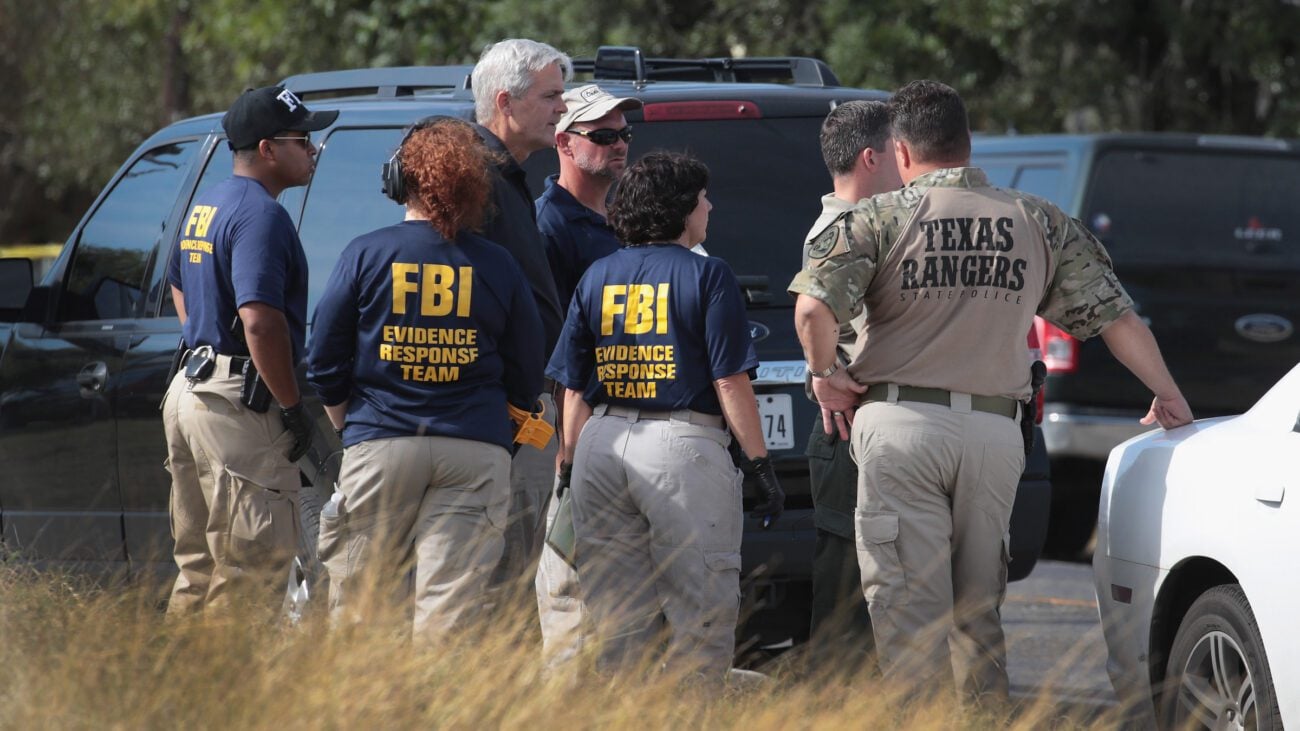 Devin Patrick Kelley was the perpetrator of one of the most shockingly brutal mass shootings in modern U.S. history. On the morning of November 5th, 2017, Kelley walked into First Baptist Church in Sutherland Springs, TX and used an AR rifle to kill twenty-six people and injure twenty-two others. Could this have been prevented?

Prior to being a mass shooter, Kelley was a member of the Air Force with a history of increasingly violent & threatening behavior, specifically toward women. Behavior that should have made it difficult, if not impossible, for Kelley to purchase the weapon he used during the tragic church shooting in Texas.

Kelley is primarily at fault for his actions, but Federal Judge Xavier Rodriguez recently declared the Air Force partially at fault as well. But how can the Air Force be responsible for the actions of one former airmen? 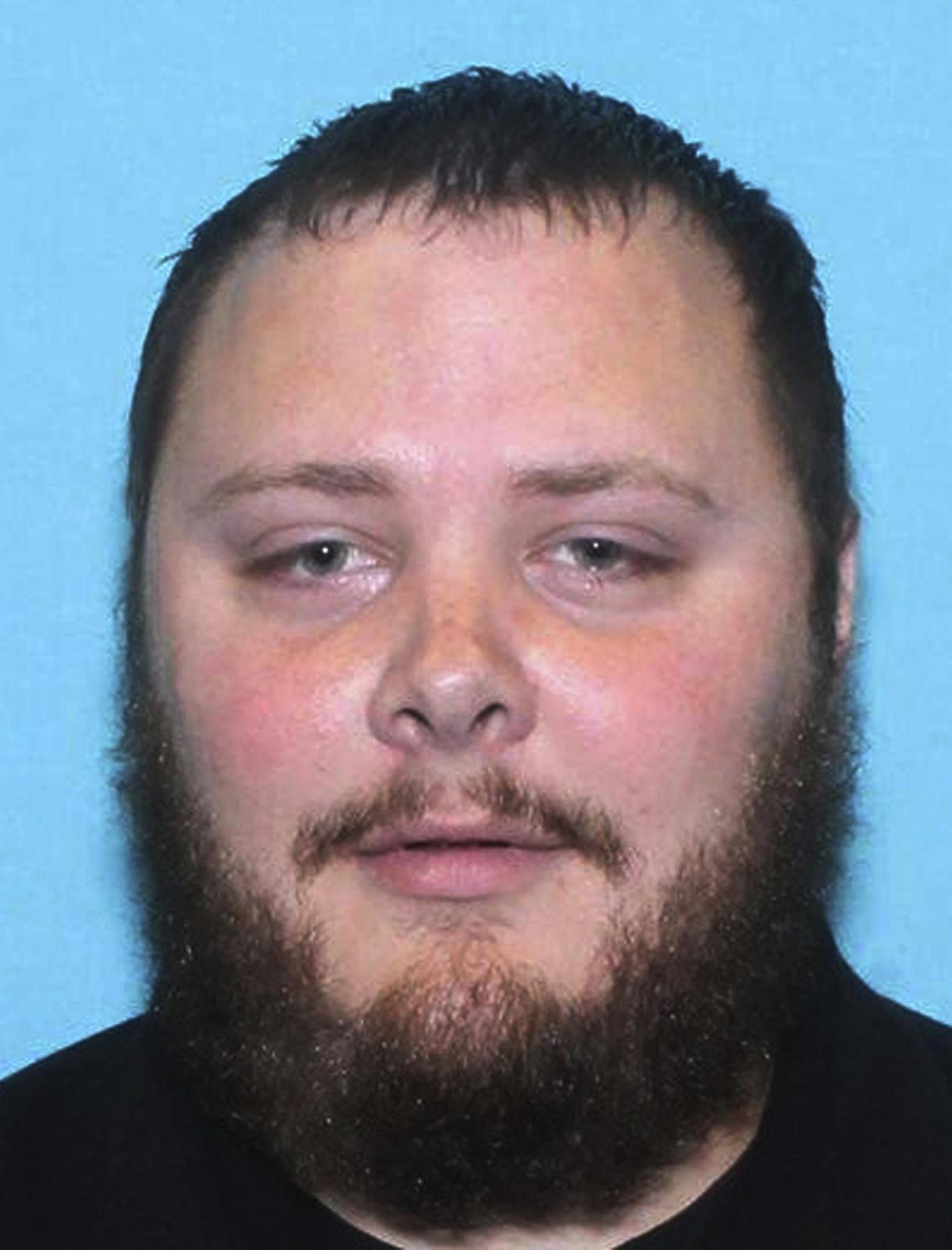 Some would say Kelley’s questionable behaviors started in 2009. Brittany Adcock claimed she was thirteen years old at the time when she started dating a then eighteen-year-old Kelley. While the claims have yet to be proven, the existence of them shouldn’t be dismissed.

Others would say Kelley’s violent history began in April 2011 when he married Tessa Brennaman and became stepfather to her son. Brennaman claimed at one point during their short-lived but turbulent marriage, he put a gun to her head and asked her if she wanted to die. It wasn’t until he targeted her son in 2012, however, that she divorced him.

When Kelley confessed to assaulting her son and fracturing his skull, the Air Force court-martialed & demoted him, placing him in confinement. Yet, the Air Force failed to report this violent behavior to the federal law enforcement database at the National Criminal Information Center, an act that would have left Kelley unable to legally purchase a firearm. 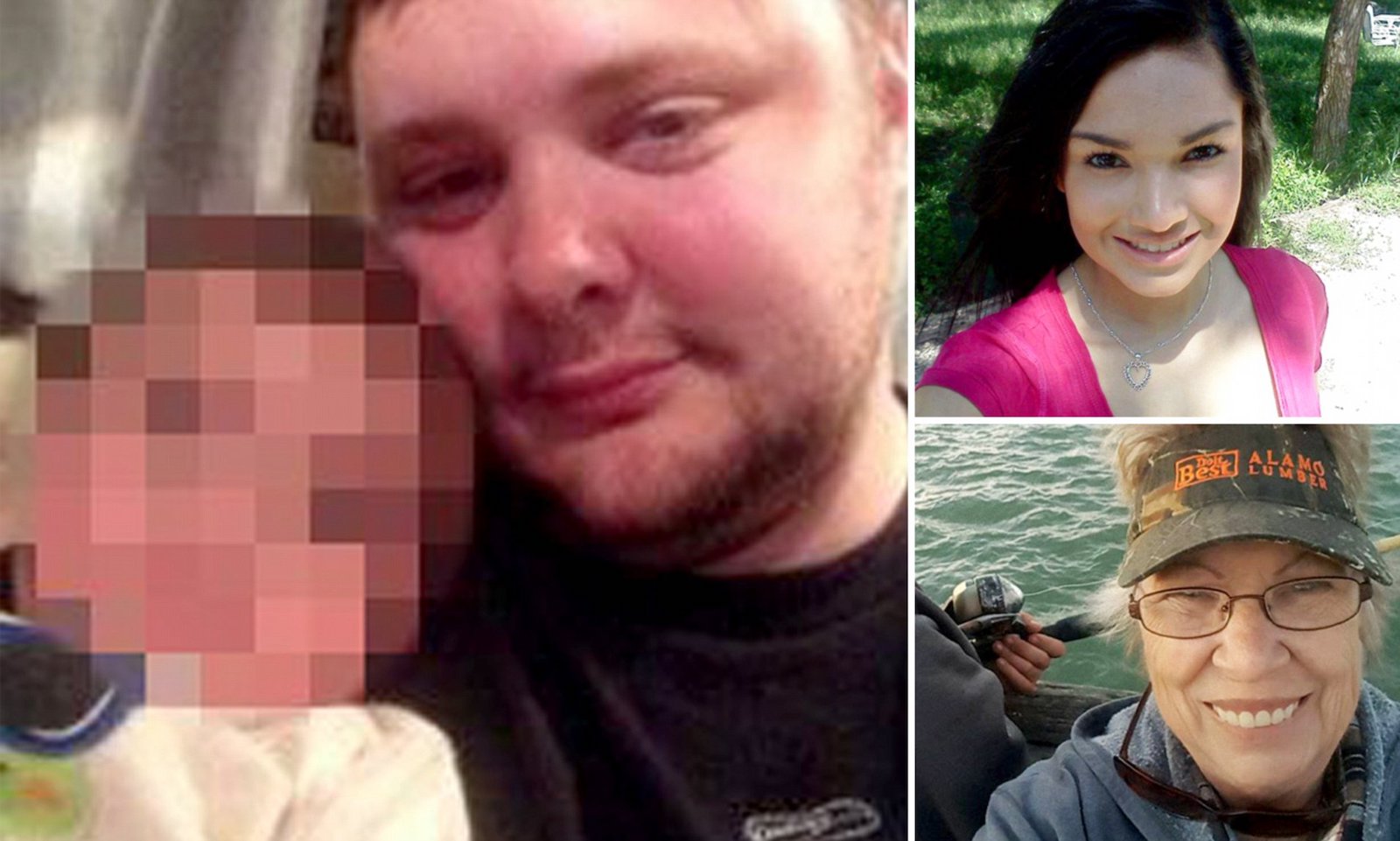 In April 2014, the Air Force released Kelley and the twenty-three-year-old married nineteen-year-old Danielle Lee Shields before they moved to Colorado. Kelley was later arrested, put on probation, and fined after he was caught being violent toward a puppy. But the case was dismissed in March 2016 after he completed his sentence.

Kelley & Shields moved back to Texas to live with his parents in New Braunfels, right outside of San Antonio. This may have been due to Kelley allegedly not having a good relationship with Danielle Shields’s mother, Michelle. While Michelle wasn’t present that day, her mother, Lula Woicinski White, was among those fatally wounded in the shooting.

It was even revealed that Kelley had been sending threatening texts to Michelle prior to the church shooting in Texas. So, it may be more than coincidence that the church Kelley targeted was one that the Shields family was known to frequent. 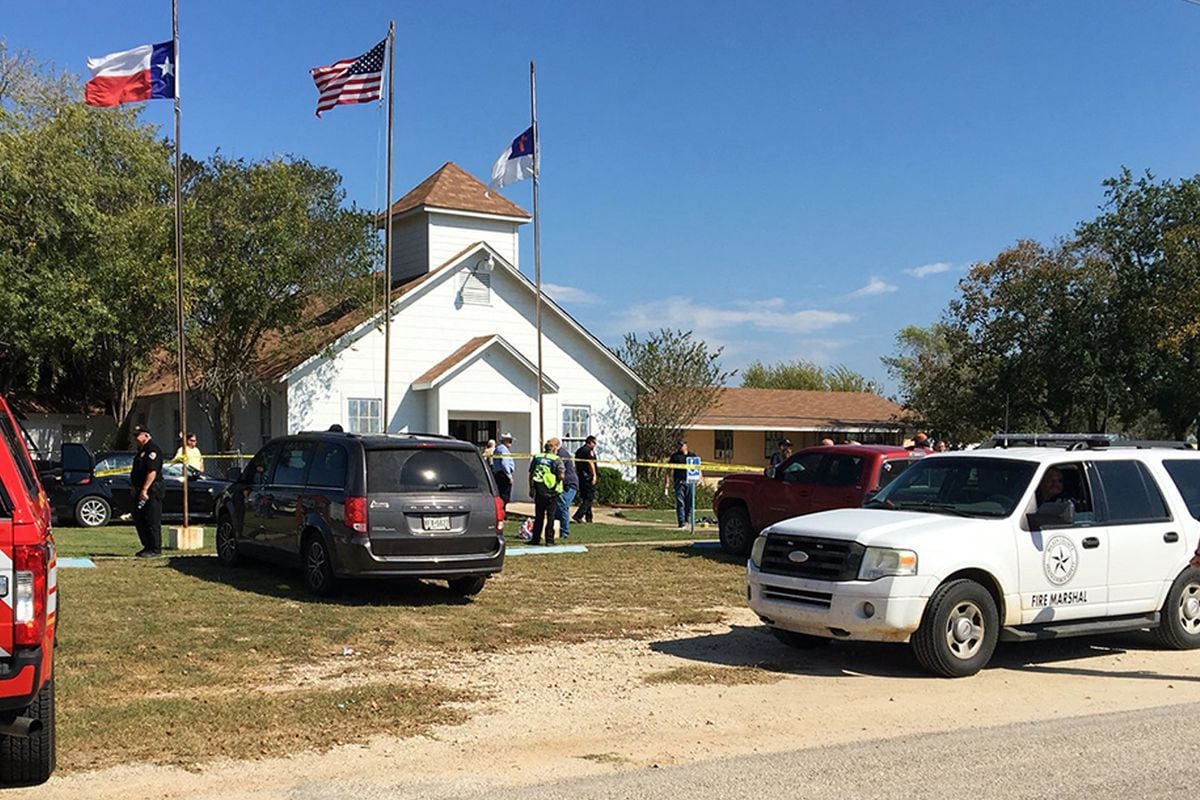 Kelley’s history of domestic violence and animal cruelty should have made it impossible for him to legally own a firearm. However, Kelley was able to purchase four firearms over the course of four years – one of which he used to open fire in a church shooting in Texas.

Covered in tactical gear and a bulletproof vest, Kelley used an AR rifle to brutally assault & murder churchgoers, some as young as three. He was chased out by an armed man named Stephen Willeford, who used his own firearm to successfully shoot Kelley in an unprotected part of his body. 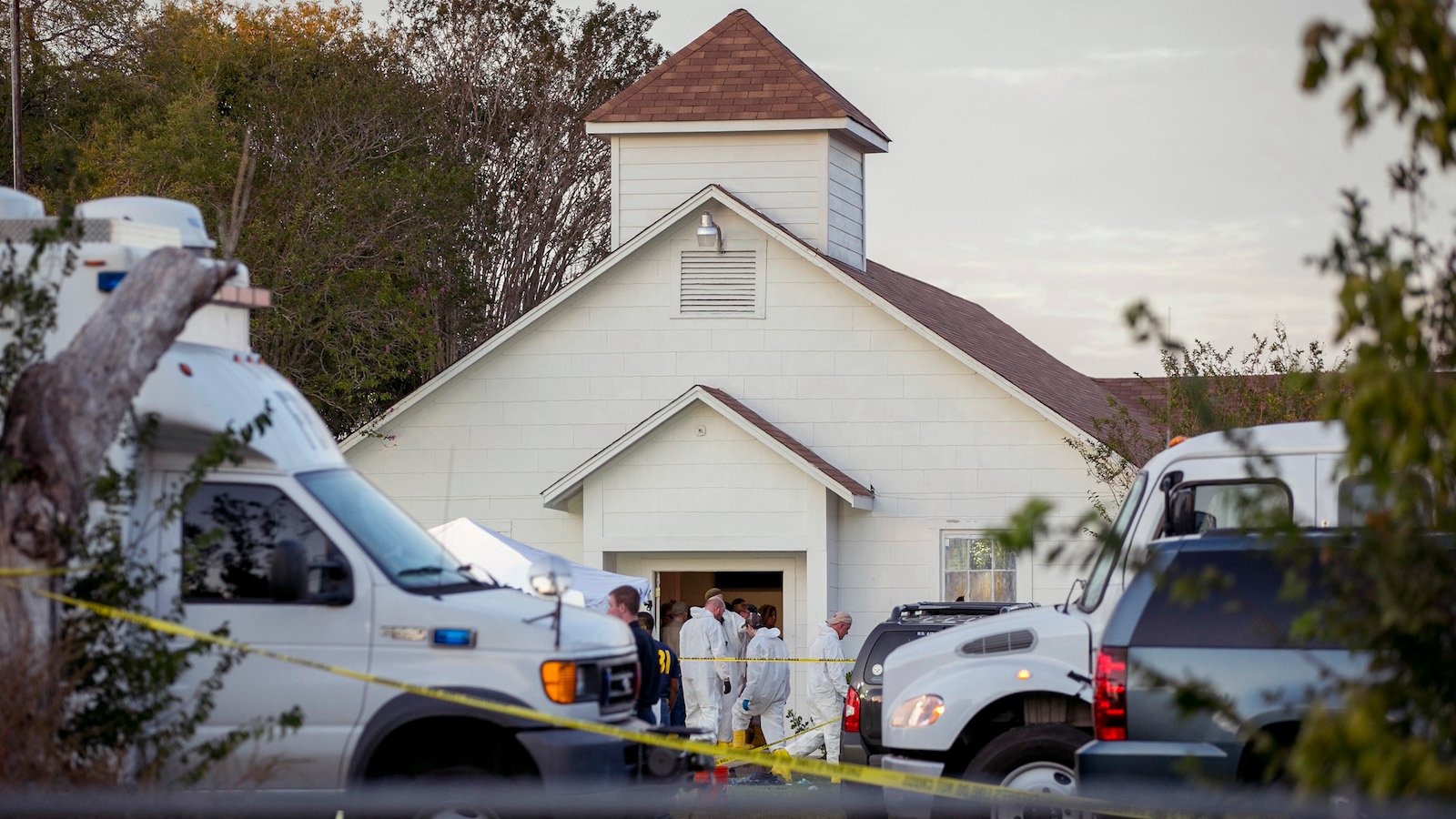 Along with Kelley’s other instances of violence, he should have been ineligible for purchasing any kind of gun. Had the Air Force reported Kelley’s violent history to the federal law enforcement database at the National Criminal Information Center, he would have been. Thus, it’s no surprise that Judge Rodriguez has recently found the Air Force partially at fault.

The Air Force discharged Kelley for bad conduct after he assaulted his stepson. He had multiple instances showing not just a history of violent incidents, but a pattern of increasingly violent behaviors. The Air Force failed to report Kelley’s behavior and that possibly removed the most important blockade to his ability to legally own a firearm.

But illegally obtained firearms remain an unfortunate reality. If the Air Force had reported his violent history and he’d been flagged, he might have still gained access to the sort of firearms used to carry out the church shooting in Texas. Regardless, the federal courts have ruled the Air Force must hold themselves accountable for the role they played.

What are your thoughts? Is this Air Force partially responsible for Kelley’s actions? Or do you think the church shooting in Texas belongs to him alone? Let us know in the comments below!